You’ve probably seen Phoon Huat (or Redman) outlets around Singapore, but, unless you happen to be a baking enthusiast, it’s likely that you’ve never spent any time inside one.

Well, you’re missing out what I think is the greatest alternative grocery store in Singapore since ValuDollar.

Here’s a look at the various cheap cheeses, dairy products and other pantry staples you can find at Phoon Huat / Redman outlets.

Obviously, most of the shop space in Phoon Huat is devoted to baking-centric items like frozen raspberries and cake mixes. It takes a bit of rooting around to find “normal” groceries.

But this is a very rewarding activity, since a lot of the items here are on par with, or even cheaper than regular supermarkets.

Here are the items that I think are super worthwhile to buy at Phoon Huat:

These dairy staples are common ingredients in baking, so it’s no surprise that Phoon Huat sells loads of butter, cream and milk products.

It’s not unusual to see aunties whacking 10 or 20 bars of butter on Phoon Huat’s storewide sale days (every Wed and Sun, more on that in the last section). The butter here is unbelievably cheap! Of course there’s also the more fancy French butter that will cost more lah, but I took a photo of the cheapest basic butter to compare. 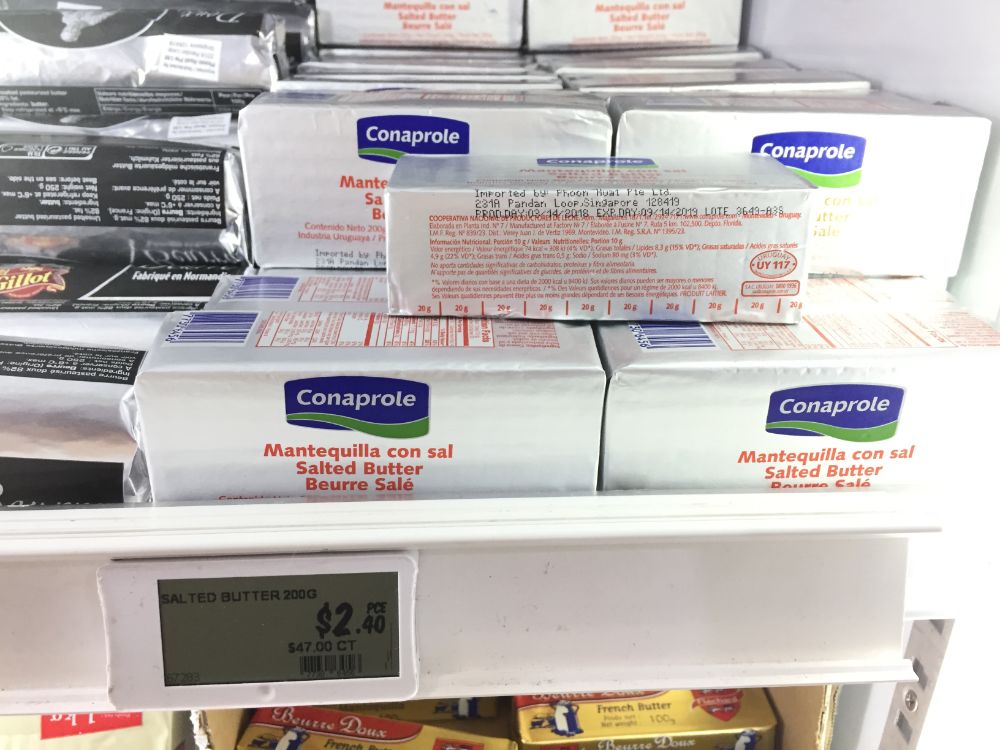 Cream is really expensive at regular supermarkets, so I occasionally buy mine from ValuDollar ($1.95) when there’s stock. I’m amazed that Phoon Huat sells it at just slightly more. 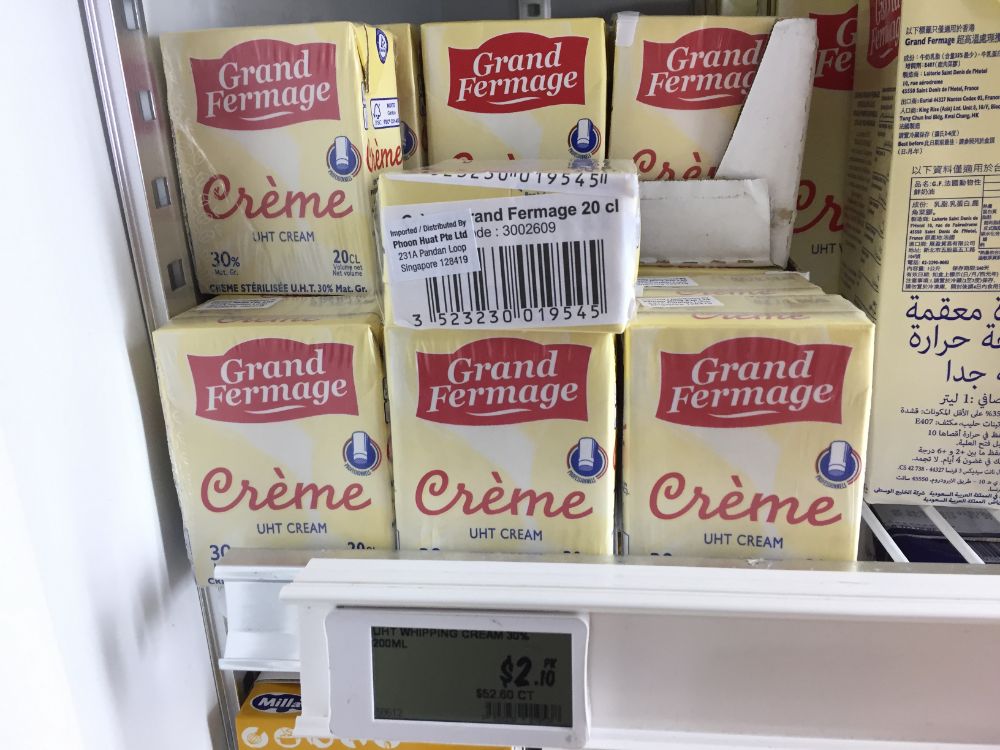 UHT milk may not taste quite as good as fresh, but it’s good enough for baking and adding to your coffee / Milo. Again, the prices here are really low — almost as good as ValuDollar. 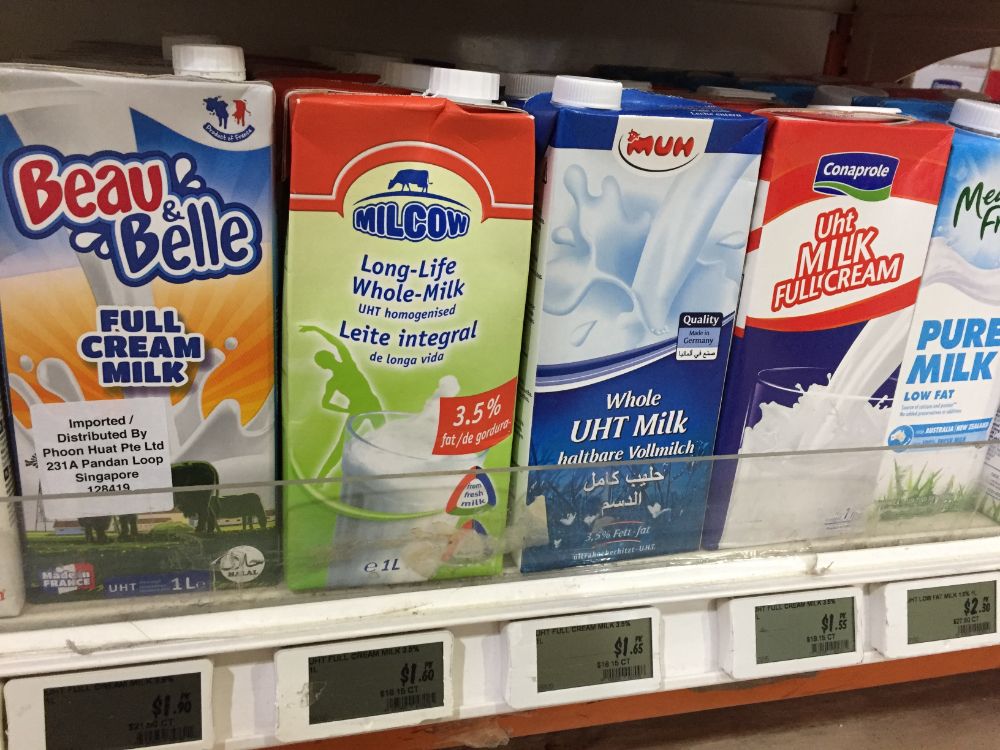 Okay, Phoon Huat is no Cheese Ark — you won’t find ~artisanal~ cheese here — but if you have basic tastebuds like me, the options here should be good enough for many satisfying pizzas and pasta dishes. 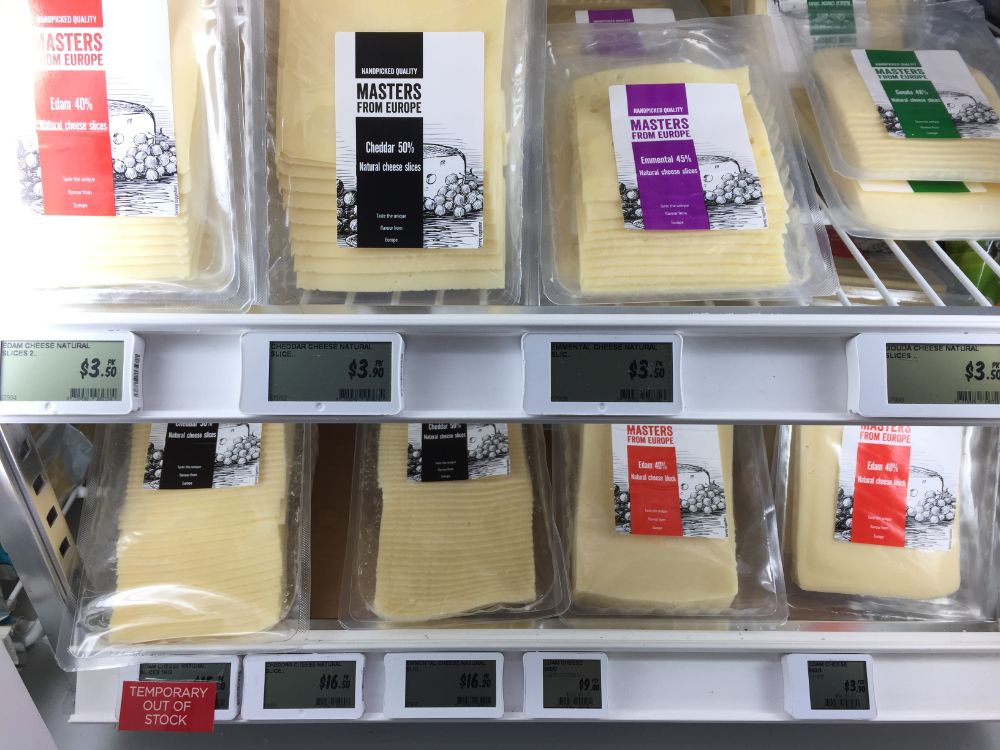 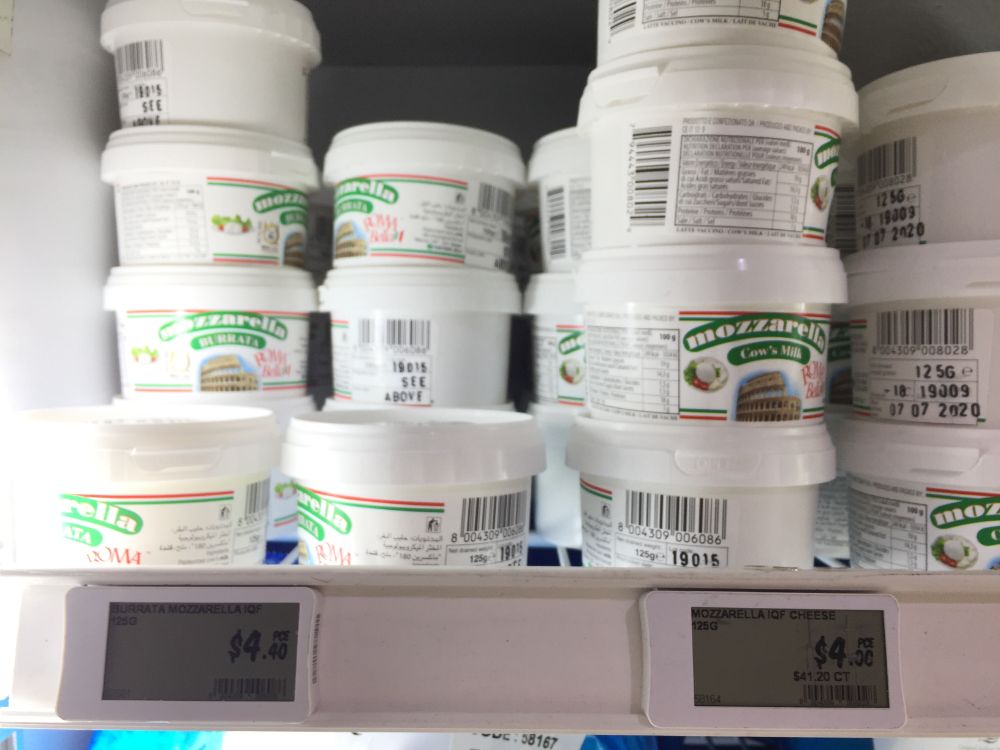 And oh my, is that… a 1kg box of BREADED MOZZARELLA STICKS?! 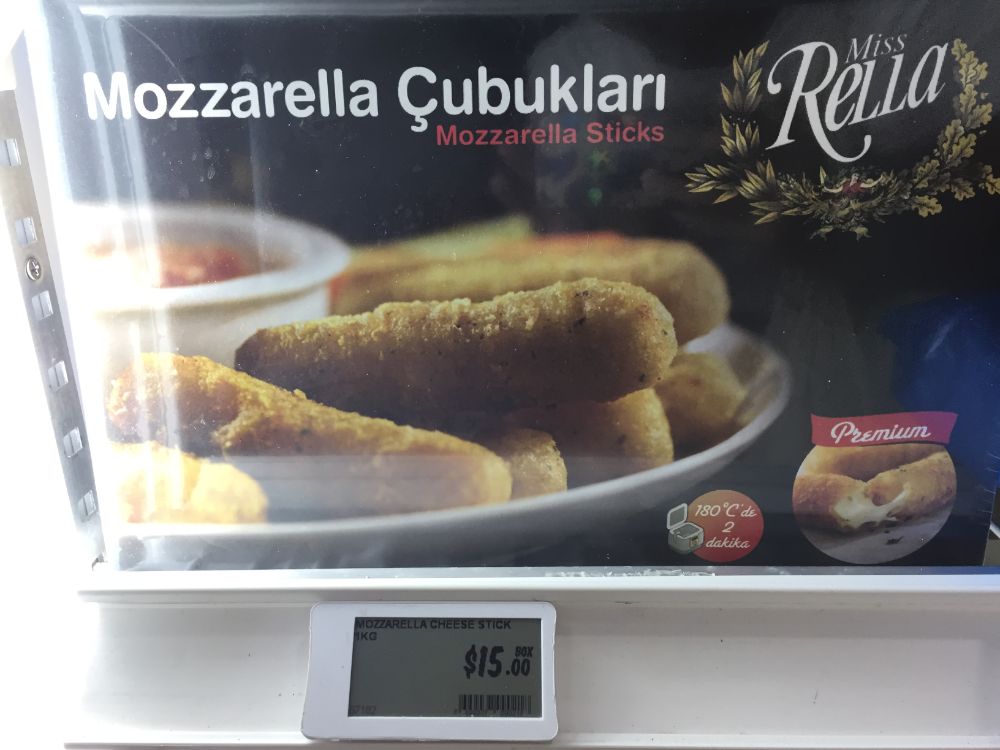 Since my Asian cooking skills leave a lot to be desired, my existence somewhat depends on Western dishes like pastas, soups and stews. I may not know how to produce restaurant-quality wok hei, but boy can I boil a mean pot of pasta and even stir in some tomato sauce afterwards.

Consequently, one of my quests in life is to hunt down cheap pasta. I’ve even tried ValuDollar’s house brand (trust me, you don’t want to go there).

While I’ve been buying Barilla spaghetti from my local ABC Bargain Centre at $1.50 a pack, it’s comforting to know that Phoon Huat also sells a great variety of seemingly legit Italian pasta at just a little bit more. 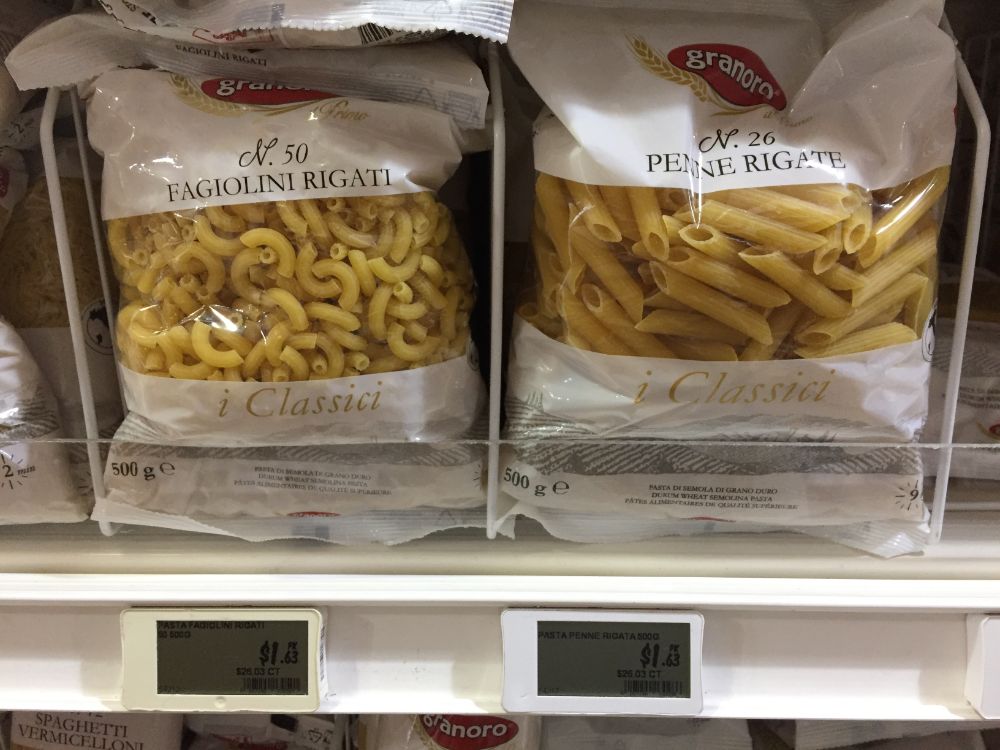 I’m also forever making minestrone soup in my rice cooker, too, so you bet I’ll snap up these cheap canned tomatoes, beans and chickpeas soon enough. 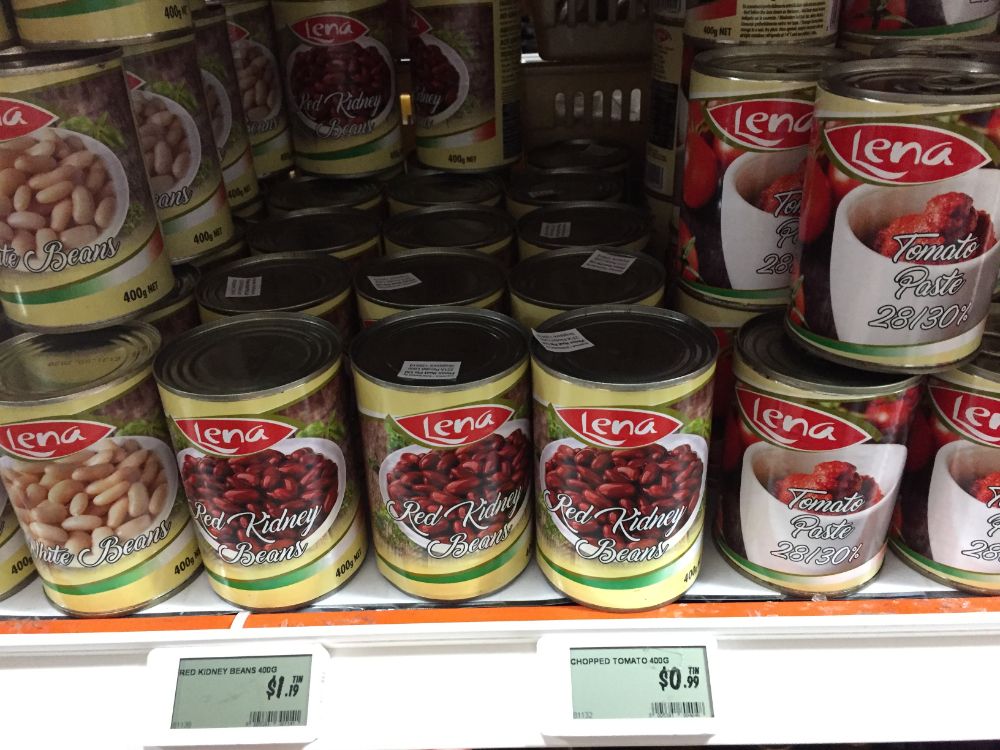 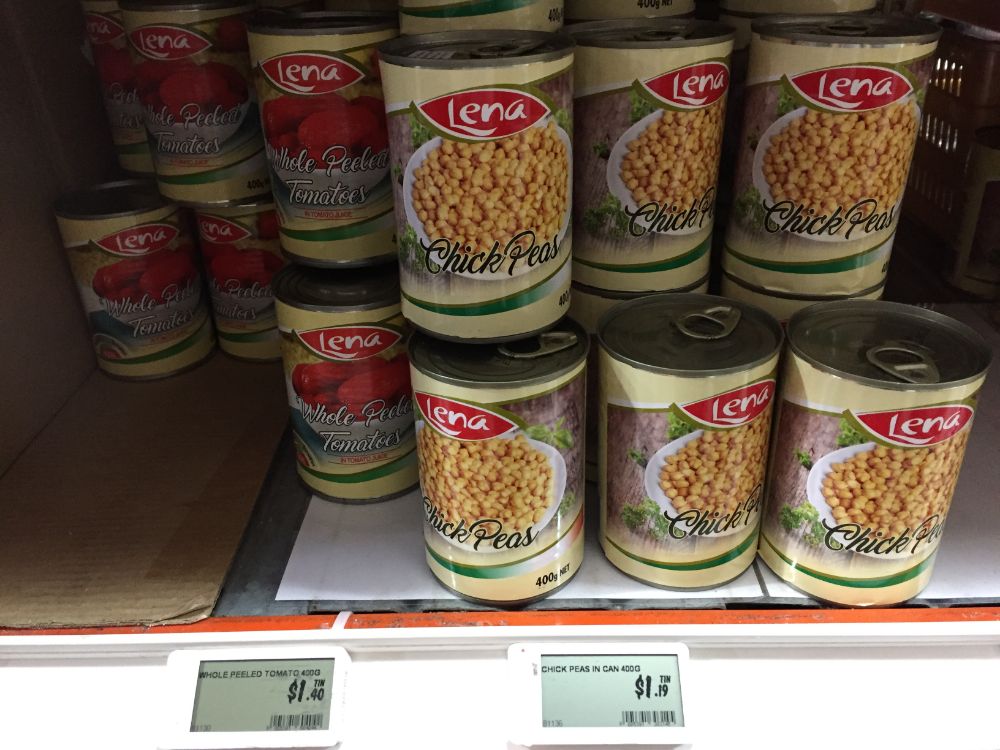 This is kind of incidental, but I also found a few breakfast items around the store. Apart from cereal, cornflakes and the like, there’s an entire section of dry goods like rolled oats, nuts and fruit. I know they’re meant for baking purposes, but it would also be really doable to DIY your own muesli with these ingredients. 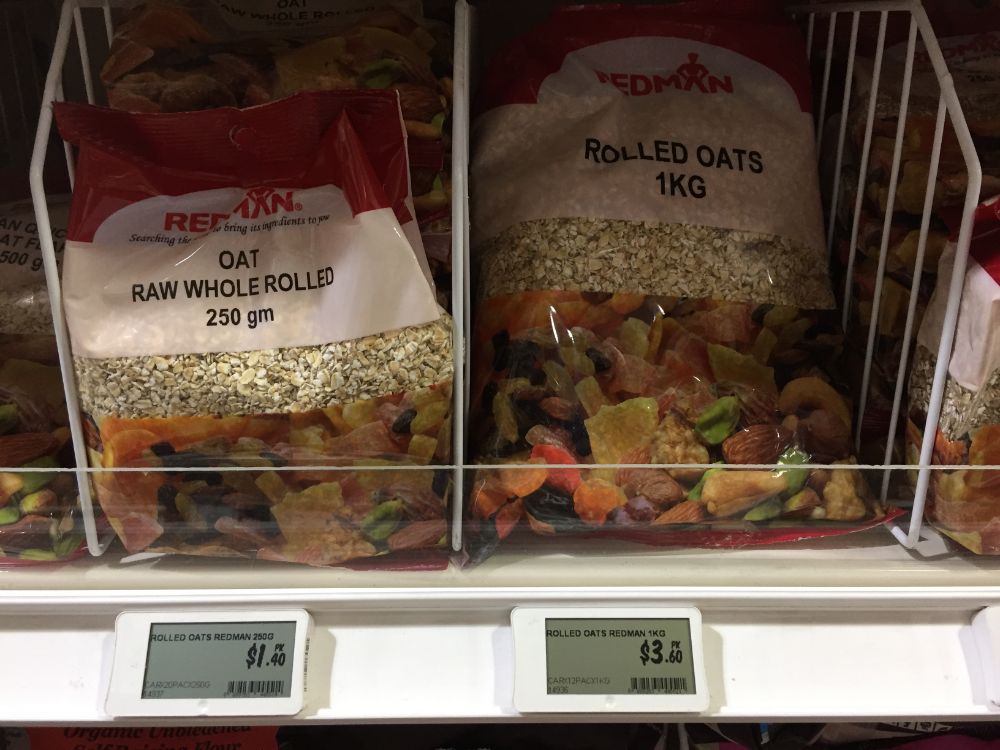 Also, this is not exactly budget-friendly, but I also wanted to highlight that Phoon Huat also sells some atas “cult” items like St Dalfour jam and Gryphon tea. By some wizardry, they’re considerably cheaper at Phoon Huat than supermarkets, so you might want to stock up if you’re a fan of these brands.

Before you rush to the nearest Phoon Huat outlet…

Wondering where the nearest Phoon Huat / Redman outlet is? Here’s a link to the official website’s store listing.

From what I’ve read, the biggest Phoon Huat outlet in Singapore is the megastore at Buona Vista MRT station. The one at Holland Village’s Chip Bee Gardens (where I took the photos and prices in this article) is a decent size, too.

Phoon Huat also has 2 Redman stores (The Star Vista and Serangoon Nex; a 3rd one will open at [email protected] in September) which are swankier and focus more on gourmet stuff; they have in-store delis where you can get artisanal cheese and other frou-frou foods. That said, you can still find some of the classic Phoon Huat items at the usual low prices.

Final important note before you go on a shopping spree: Phoon Huat has 10% off storewide on Wednesdays and Sundays, which makes their cheap ingredients even cheaper! 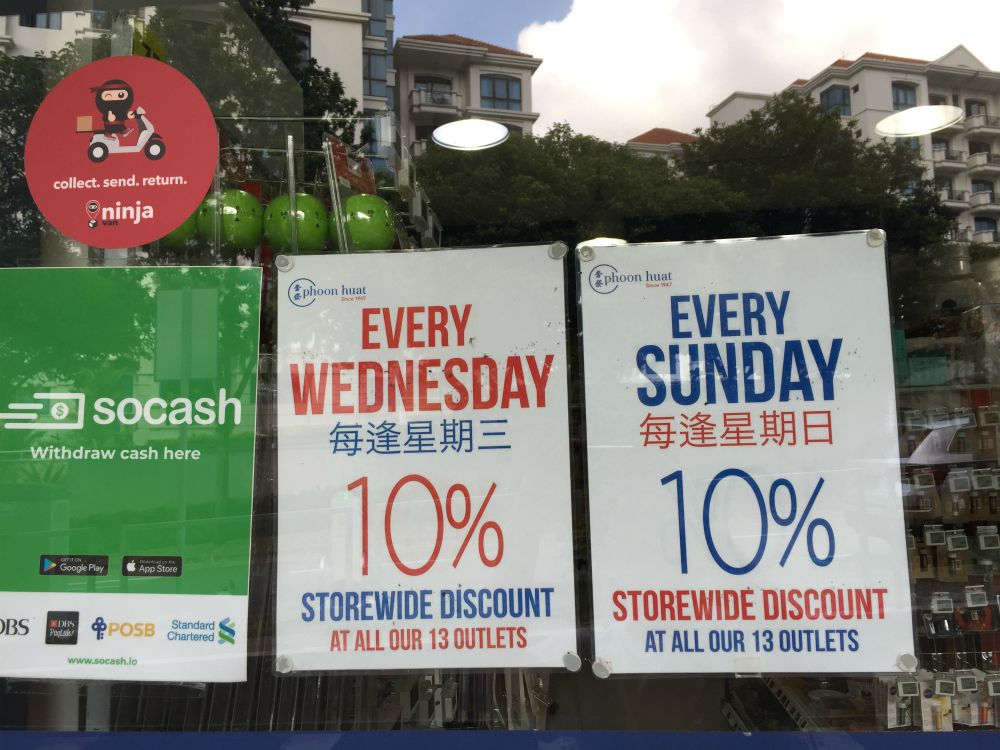 Got any other good buys from Phoon Huat to recommend? Share it with us in the comments.

Does NTUC FairPrice Live Up to Its Name? A Survey of FairPrice Housebrand Prices