If You Were a Singaporean Student in the 90s, These 4 Things Were Way Cheaper

If you can remember simpler times when a bowl of noodles in the school canteen could cost only 50 cents and an entire days’ outing at Orchard Road would set you back no more than $6, you were probably a student in the 90s. Those were the days when a Happy Meal was a legitimate treat, Converse school shoes were considered high end and parents weren’t spending 30% of their salary on tuition. Here are some differences between students in the 90s and students today, 20 years (!) later.

Back in the 90s, you did not see students paying $7 for coffee at hipster cafes. The usual hangouts were McDonald’s (where the normal extra value meal was around $4.50) and Burger King. At coffee joints like Coffee Bean and Starbucks, you could get an ice blended mocha for under $4, and it was common practice to split one with a friend. The ultimate treat was going to Pizza Hut with a bunch of friends and sharing a $20 Hawaiian pizza. These days, I get the feeling Pizza Hut is too uncool for students.

“Hanging out” all day long usually meant making prank calls or watching cartoons at a friend’s home or socialising with other young punks at Far East Plaza or Cineleisure. If you were a little older and had a bit more money, you probably spent a fair bit of cash at games arcades or taking Neoprints. There was no such thing as liking each other’s pictures on Instagram, comparing iPads or shopping together at Haji Lane.

The great thing about wearing school uniforms, other than not having to bother thinking about what to wear every day, was the fact that the coolest shoes and accessories were in retrospect still pretty cheap.

White canvas school shoes from Bata, BM2000, US Masters and Pai Chi were par for the course and cost less than $20 a pair. On the other hand, if you wore school shoes from Converse, which could cost $25 to $40 a pair, you were officially atas.

These days, they sell shoelaces at that price (okay not quite but wait till Missy Elliott plasters her name over them and it will happen).

Screw Beats by Dr Dre. Back in the day, there was no such thing as Bose or Audio Technica when it came to earpieces for your discman / walkman / minidisc player. You just used whatever the hell you found in the box, which was effectively free. If you wrecked your earphones, you bought the cheap $9 Philips ones at a neighbourhood electronics store.

Back then there were no alluring Jpop or Kpop stars rocking the chunky headphones look in their MTVs, which is probably what has convinced 60% of students in 2015 to beg their parents for money to buy them, shelling out $50 to $200++ in the process. Virtually every secondary school student has an iPhone and a laptop these days, in fact, many schools require the use of laptops in order to access learning materials which are uploaded before classes.

If you were a child of the 90s, you might have had a pager instead. If you were particularly fashion conscious, you would have owned the Motorola MTV Pager, which you attached to the pocket of your school uniform using a pager chain that may or may not have looked like a telephone wire.

Communicating with your high school sweetheart consisted of queueing up at the orange payphones during recess time, dialling his or her pager number and leaving a voicemail. WhatsApp’s got nothing on that.

What else do you miss about the 90s? Tell us in the comments! 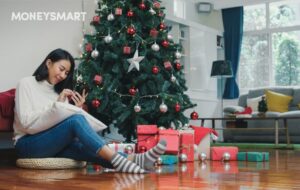 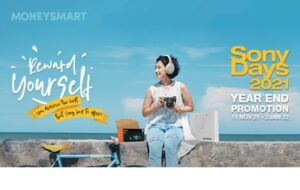