Car cameras help you protect yourself and your precious vehicle from the hell that is other drivers.

While driving on Singapore roads is a lot less frustrating than taking the MRT, that doesn’t mean it’s all rainbows and unicorns. Nope, trying to squeeze your way onto the expressway at rush hour only to see ten assholes cut right in front of you is enough to make you want to get out of your car with a baseball bat in hand.

With a car camera, you’ll no longer have to live through he-said-she-said moments when another driver collides with you and insists it’s your fault. Neither will you have to wonder if it is your scheming neighbour who scratched your paintwork in the car park.

Not sure where to start? Here are some of the best car cameras in Singapore.

The Marbella MX6 is a powerful front-facing camera, equipped with a lens that can take videos of up to 12 megapixels. The camera’s got a 140 degree wide angle lens and can be installed very quickly and easily. It may not have some of the frills offered by other cameras, but it performs its core function very well—taking high quality videos and detecting break-ins, which is really all you need, all at a wallet-friendly price. 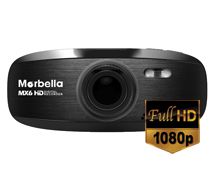 BlackVue is one of the more reputed brands in Singapore and they carry some high end models with prices that can make you balk. But fear not, BlackVue also has some budget models, including the DR450-1CH, which is a no-frills single channel dashcam that nonetheless can still record HD videos during the day or night. It’s one of the Blackvue’s cheapest models but still looks sleek and unobtrusive, and you can insert an SD card of up to 128 GB. 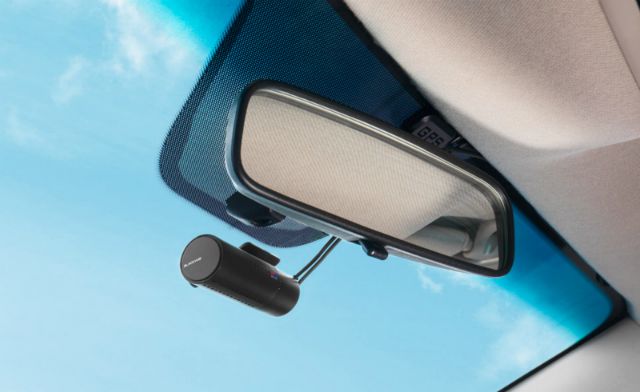 This is a slightly more expensive version of the IROAD’s popular v7 camera, and works in pretty much the same way with more features.

The IROAD v7 car camera, which costs $380, is equipped with a 24 hour parking mode, which will switch on 10 minutes after the engine is turned off, and can also alert you if anyone tampers with your car while it’s parked.

The IROAD v9, only slightly more expensive, not only records images from the front and rear but also offers 24-hour recording while parking. If any motion is sensed during parking, an alert is triggered. This makes it useful for those who park their cars in, say, Yishun. There are other safety features, such as LED lights that give intruders the impression that the camera is recording.

The first thing that strikes you about this camera is the bling-bling aesthetic of the gold limited edition version. That aside, the X500 has got its own screen, which means you won’t have to fumble with a smartphone app in order to check see what’s being recorded. It’s got all the features Thinkware cameras are known for—warnings when the car is tampered with while parked, alerts when you’re about to collide with something or pass a speed camera and so on.

Do you refuse to watch movies on a smartphone or tablet, preferring instead to have everything in glorious HD on a big, luxurious screen? Well, you can now watch gorgeous videos of drivers cutting you off on the street with this premium car camera. This handsome car camera looks like something out of a James Bond movie and won’t cramp the style of your car’s interior, while at the same time recording 1920 x 1080 full high definition videos. Of course, there is a catch, which is the price.

The Thinkware F770 is a bit pricey, but it’s also received great reviews. The back and rear camera is equipped with Super Night Vision, which enables it to record high quality videos even in very low lighting, perfect for those midnight trips to Lim Chu Kang, if that’s your thing. The camera not only has the usual parking mode that continues to record after you turn off the engine, but also offers a time lapse feature which extends the amount of time it can record after parking.

The F800 Pro is basically an update of Thinkware’s older F770 model, and comes with some interesting new features. It’s got slightly better specs, such as a slightly bigger lens, but the resolution takes a hit at 2.13 megapixels max. Like the F770, there is no screen, so you’ll have to monitor what’s going on through an app installed on your smartphone. The F800 Pro’s strength is in its safety features, which include GPS location tracking, and even a warning system that can alert you to possible collisions and speed cameras.

Why should you get a car camera?

You don’t need us to tell you that cars cost a lot of money in Singapore. A car camera can save you from losing even more money in the following situations:

Should you get a cheap or expensive car camera?

The price of car cameras can vary wildly. The more expensive models usually record what is going on in both the front and the rear, and also boast a plethora of high-tech features, including mobile apps that let you monitor the recording remotely from your smartphone. More expensive cameras also tend to film high definition videos with wide angle lenses.

Cheaper cameras, on the other hand, tend to be only front facing and designed mainly to record what’s happening when you’re driving. The video quality might also be questionable.

That being said, the purpose of a car camera is to capture what’s going on around your car, and not to shoot beautiful videos that you’ll keep for a lifetime. Our advice? If you’re on a budget, go for a cheaper dashcam that prioritises video quality over other bells and whistles.

Do you have a car camera? Share your recommendations in the comments.