There are many things I wish they sold at Daiso, like car COEs and Macbooks. Instead, Daiso chooses to fill their shelves with household items, food, stationery and… some items that are just downright bizarre.

I’m not sure why anyone would want to buy these items even if they are only $2, but somewhere in the forests of Japan where the head honchos of Daiso probably preside in some shrine, it was decided that the product mix would include a bunch of items that would have shoppers questioning their reason for living. Here are some of the weirdest. 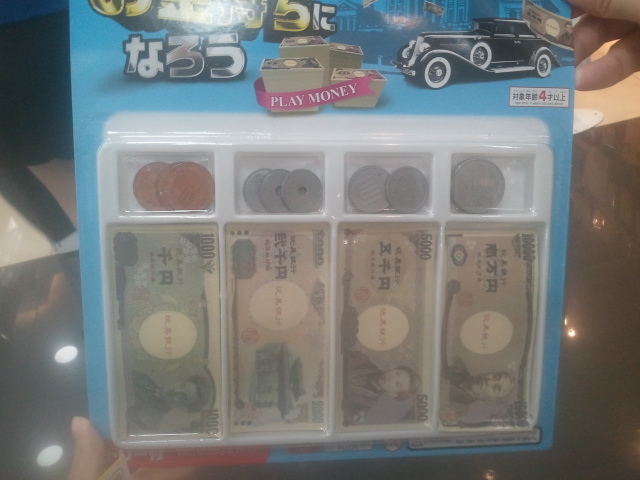 In Singapore, the only fake money you can find is the kind that’s destined for the realm of the undead… except at Daiso, that is. Other than the fact that these creepy little packets of fake Japanese money, together with rather realistic looking plastic coins, might come in handy the next time the seventh month rolls around, they appear to exist only as a ticket to jail. This nondescript foldable bag looks like it could be used to store a variety of items, from dirty laundry to your victims’ body parts. But no, in actual fact they are to be used only for comic books. Try to put anything else in and they will burst into flames. In fact, they might burst into flames the minute they come into contact with someone who isn’t familiar with the Naruto canon. 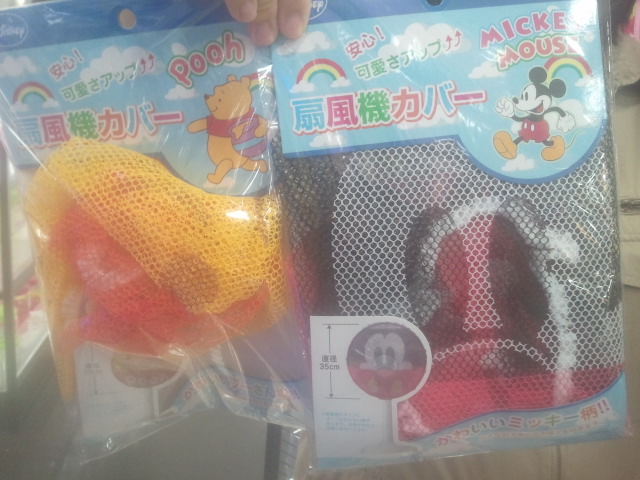 Maybe, just maybe, there are people out there who loathe the sight of their electric fans with the white-hot intensity of a thousand suns. Just one look at that hideous fan and their entire day is ruined. And that’s why Daiso decided to bring in fan covers, emblazoned with the garish faces of Mickey Mouse and Winnie the Pooh, presumably to divert our eyes from the bone chilling sight of the fan’s dastardly blades. If you secretly spend your evenings jumping around on your the bed pretending to be Taylor Swift, a hairbrush in your hand subbing for a microphone, don’t be such a tightwad and just spend that $2 on an actual fake microphone. 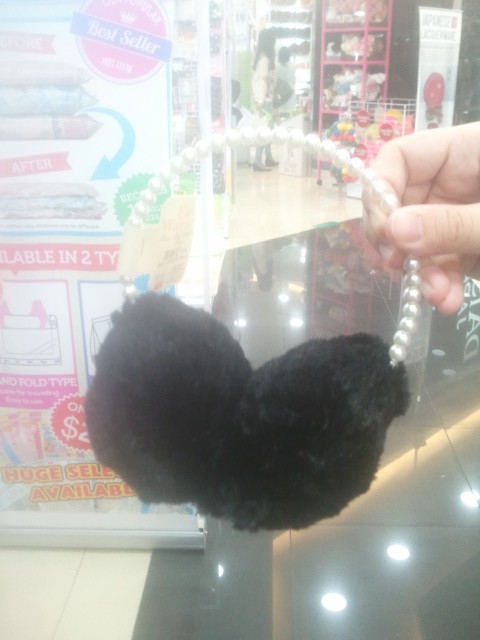 We’re not sure what you would do with a pair of earmuffs in Singapore. Even if your only motivation for purchasing this black, furry pair of stuffed balls connected by a brittle faux-pearl band is to drown out the howls of laughter from anyone who sees you wearing them, we still think they’re worth less than the $2 you pay. 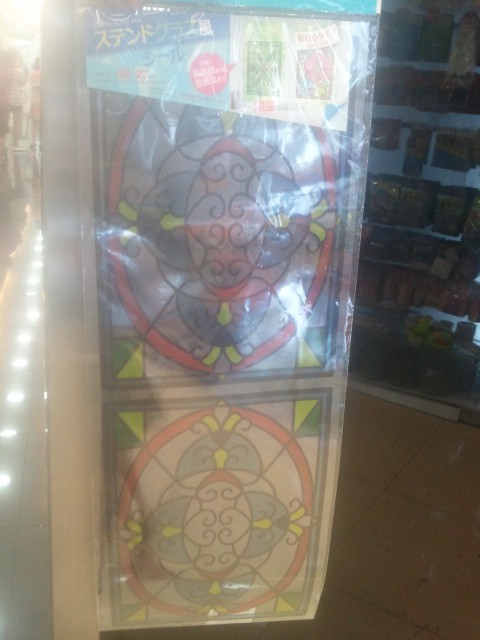 This product was designed for all those people who’ve always wished they could transform their homes into medieval churches. All three of them. Just peel the sticker off the backing, paste it on your windows and voilà, you can practically hear the Gregorian chanting. 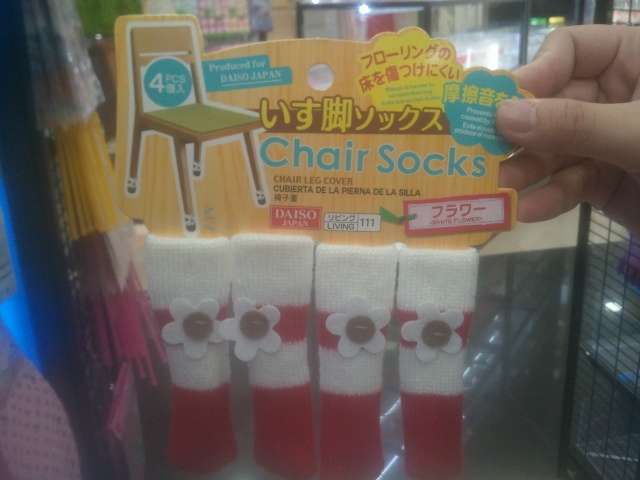 So you spent tens of thousands of dollars on your parquet flooring and now you wish you could just keep everyone off the floor. If you had it your way you would keep your kids in a cage just so they could just keep off the expensive floor for crying out loud. Minimise the damgage your chairs inflict on your beloved floor by making them wear these cutesy socks. Human and pet versions sold separately. 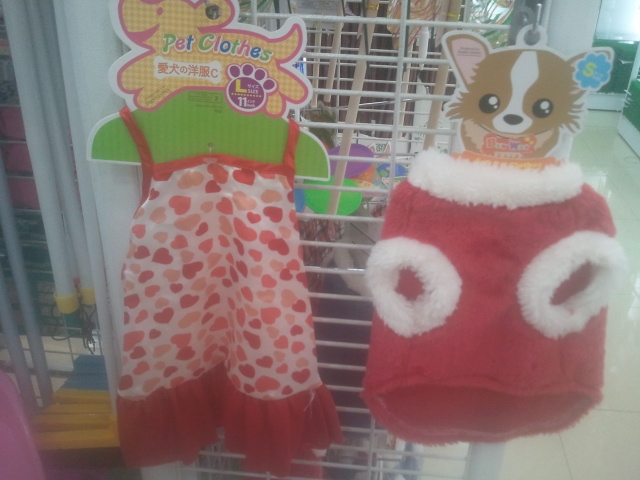 Christmas might have been three months ago, but that doesn’t mean you can’t dress your pooch up like Santa anyway. For just $2 apiece, you get to build a varied wardrobe for your horrified pooch. Just don’t be surprised if he tries to check himself into the SPCA. 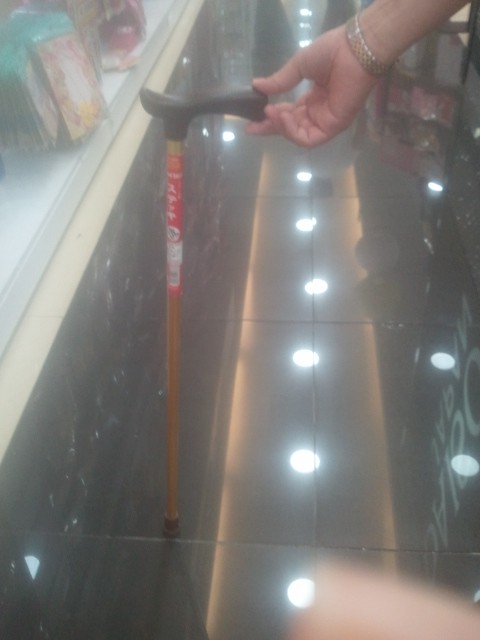 We all grow old and more limited in terms of mobility as the years go by. In Singapore, many of us also get poorer. The solution? How about saving on the cost of a walking stick by getting it for $2 at Daiso? Caveat: we’re not so sure that’s such a good idea as these contraptions are alarmingly flimsy and also appear to have been designed for someone the height of a garden gnome.

What’s the weirdest thing you’ve ever found at Daiso? Tell us in the comments!