In the recent years, there’s been a lot of talk about how the the OG Ramadan Bazaar has lost its original charm. Last weekend, I put on my shorts and slippers, and decided to find out for myself – has the Geylang Serai Bazaar become more hipster heaven than good ol’ pasar malam?

I started my bazaar route at Tanjong Katong Complex, simply because it is the nearest to Paya Lebar MRT. With the many vendors selling Instagram-worthy burgers, unicorn milkshakes and designer desserts, it really did look more like the trendy ARTBOX than the heartland night markets I used to frequent. Since there have been many online complaints about the Ramadan bazaar, and most of them are about how expensive everything is, I decided to compile a super comprehensive list of all the food prices.

Spoiler alert: You CAN eat cheaply at the Ramadan Bazaar – I could find traditional Malay snacks and Ramly burgers at almost every turn!

Also, please pang chance – I spent 4+ hours fighting the crowd  (from secondary school students to uncles and aunties), so please forgive me if I left anything out! Leave a comment with the store name and prices, and I’ll gladly update it. Please do note that many store menus had revised prices taped over them, so don’t be too surprised if the prices vary slightly.

Although relatively small, this zone features more hipster stalls than the others. It’s got fancy sliders, novelty drinks and trendy sides like truffle fries and churros.

From Chilli Crab Pasta ($9) to Truffle Fries ($7), Hyde and Co sells mainstream hipster grub – if that even makes sense. They do have a few fusion offerings like Bandung Float ($5) and the Crispy Chicken Rendang ($9). The latter is inspired by the MasterChef UK saga! At $9 for a main, it’s relatively cheap. Plus, many of the more atas stores don’t sell mains. 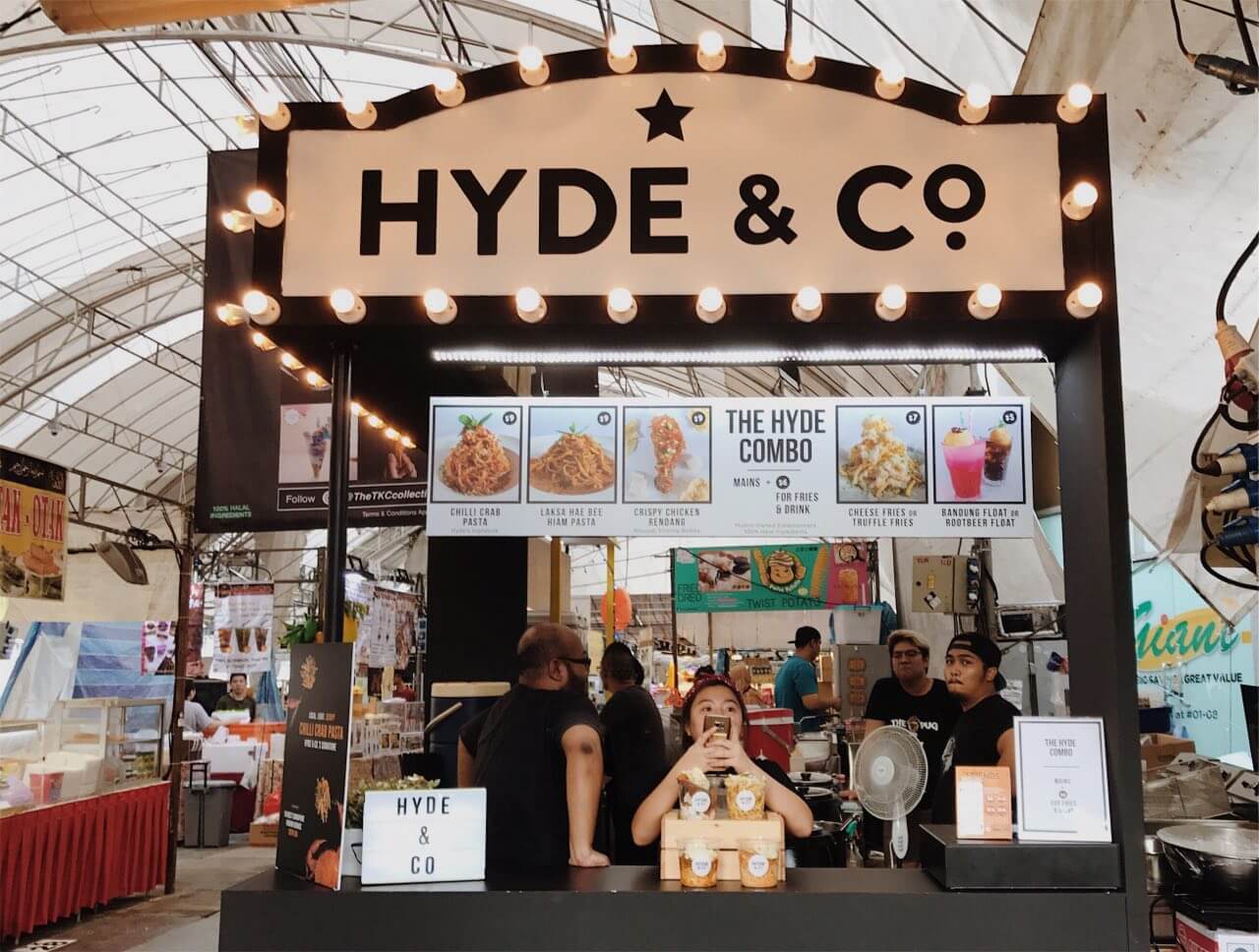 Also selling super trendy food, Loco Loco‘s main dish is churros. The must-try premium flavours include D24 Durian, Singapore Chilli Crab and Salted Egg Yolk ($6). All the churros go for $10 for 2 cups, so it’s extra worth it if you get 2 premium cups. 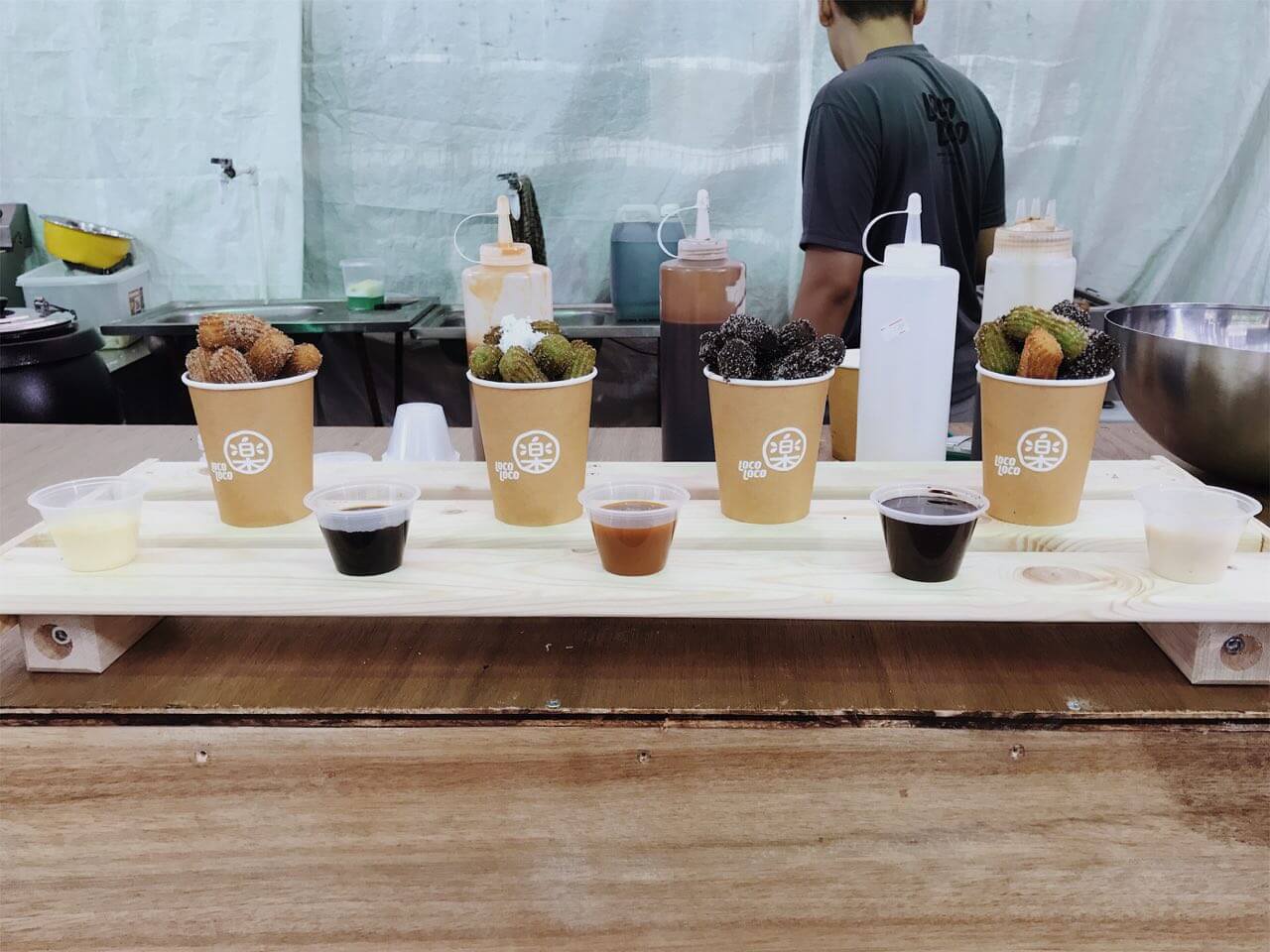 Rainbow Works has gotten a lot of media attention, and it’s mostly for their rainbow-coloured drinks and desserts. If the colouring doesn’t scare you, the prices might – each drink costs almost $10, while the waffles are $6.90. The edible balloon is filled with helium and is on a pocky stick, and costs a whopping $8.90! 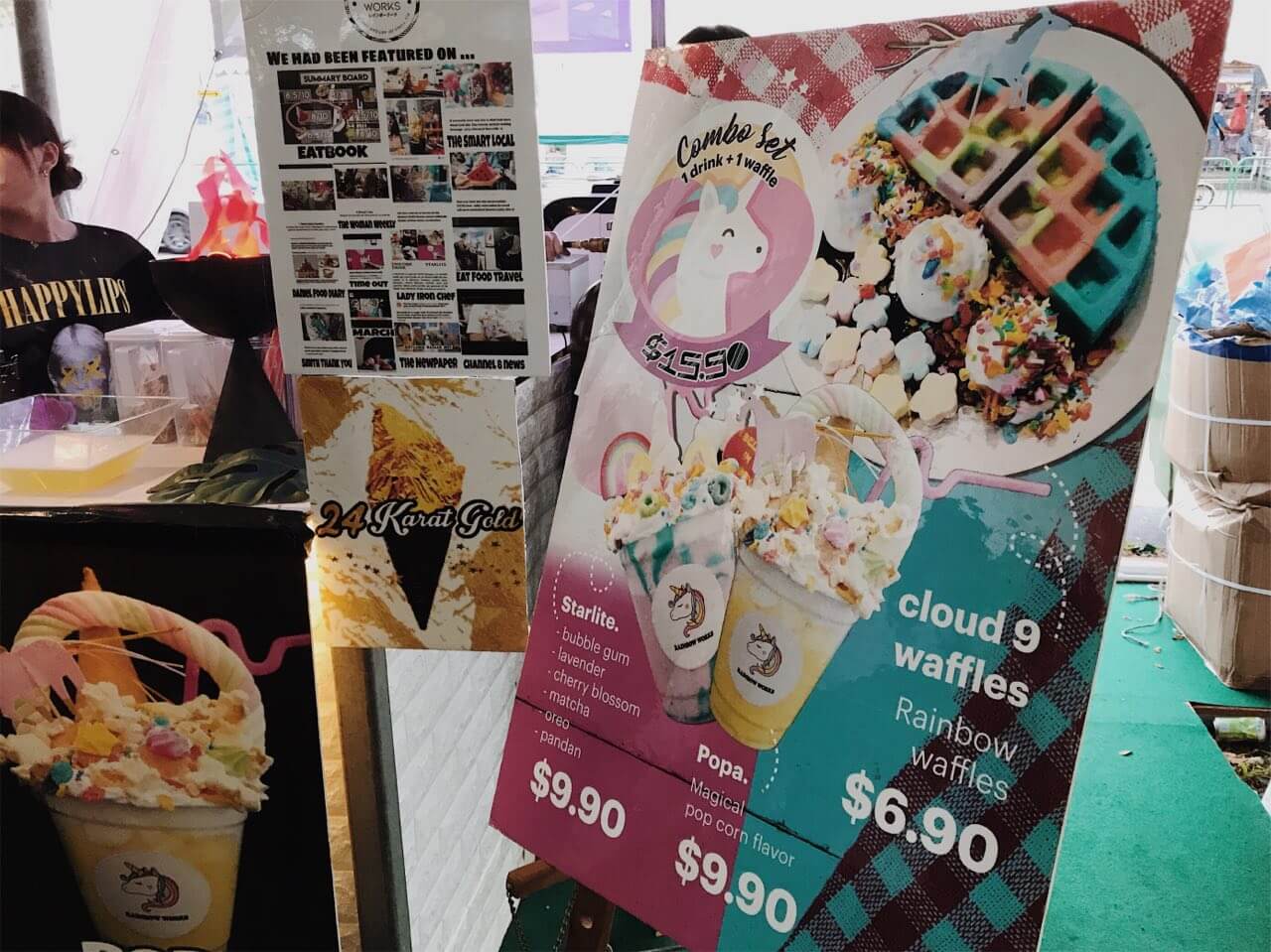 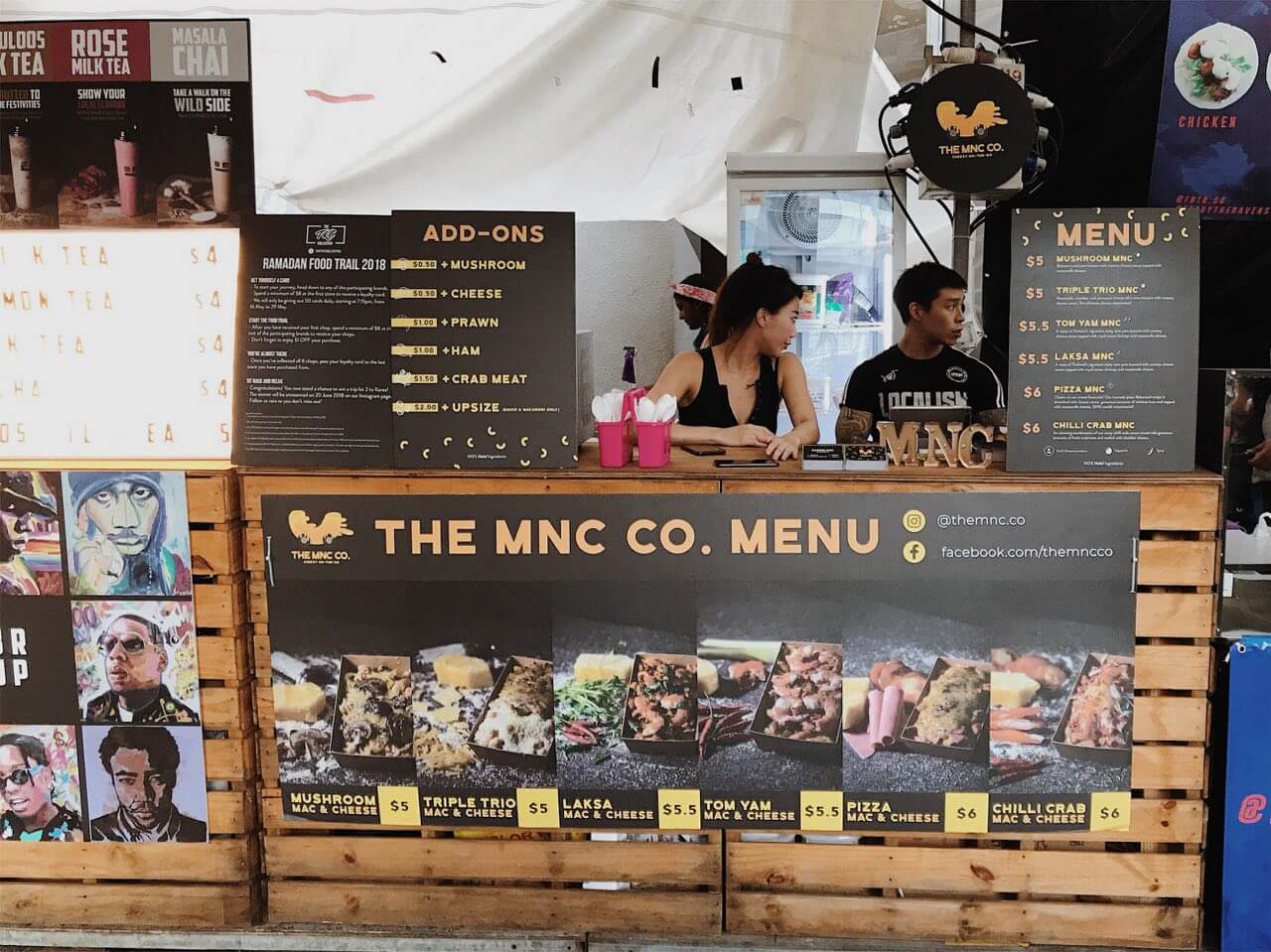 Katoshka sells colourful teas and juices that are around $4. I wouldn’t call it cheap, but it’s the average price for fancy drinks around here. The stall at the TK area seems to only sell drinks, but the one at GS has savoury russet fries too. 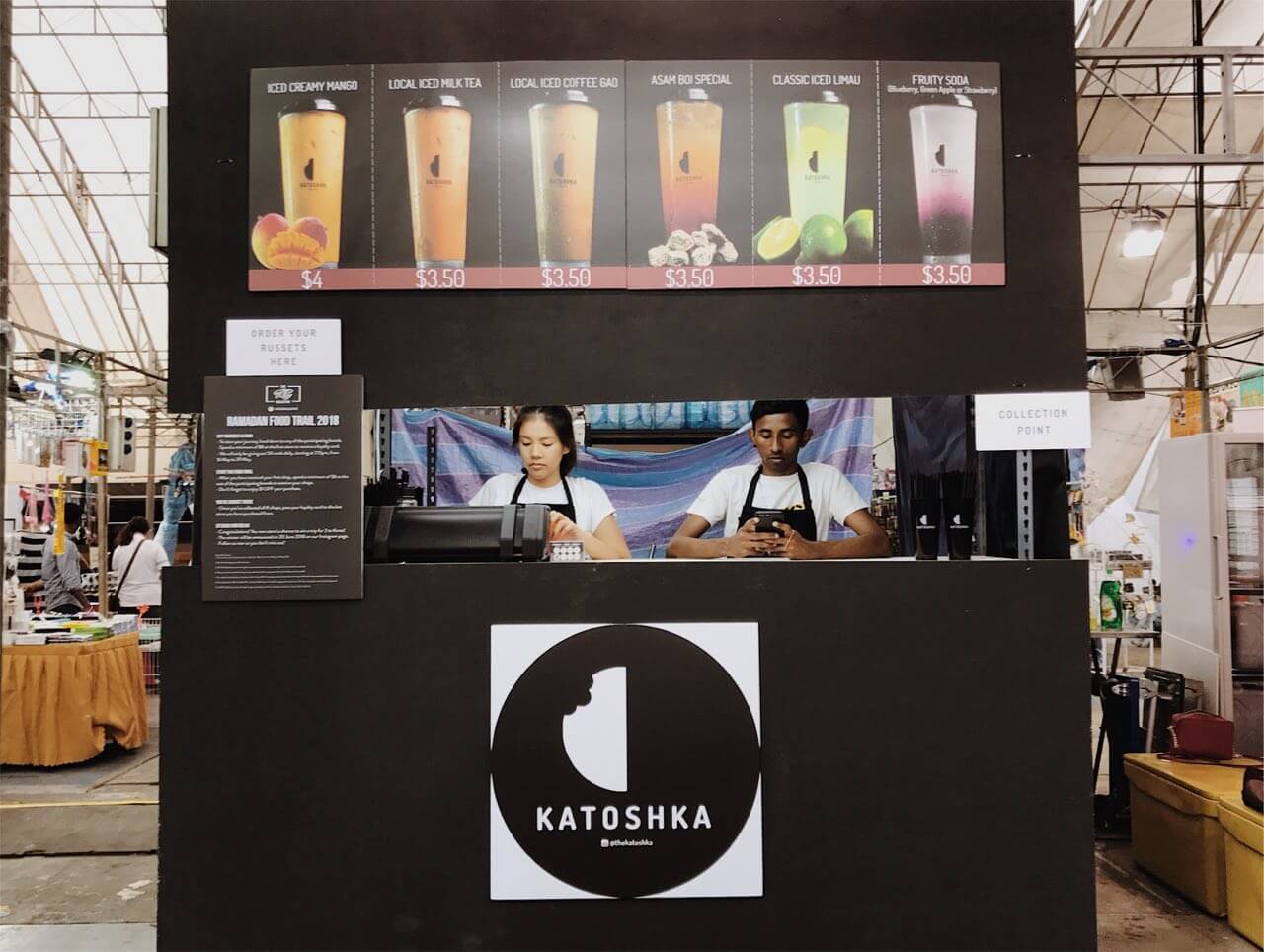 Ikan 1986 has a store at GS as well, and both booths are relatively big. They sell traditional otah and at around $0.60 per piece, their prices are comparable to the other non-branded otah sellers in the market. I say it’s worth a try – if you can make it through the queue! The next two zones have a good mix of traditional Malay snacks, as well as trendy grub. Alley and Rainbow Works from the Tanjong Katong Complex zone also have stores here.

What’s a pasar malam without kebabs, right? Featuring the distinctive rotating chunks of meat, there are several kebab stores all across the entire Ramadan Bazaar. At around $5 – $6 per serving, I actually find this old-school snack quite expensive! 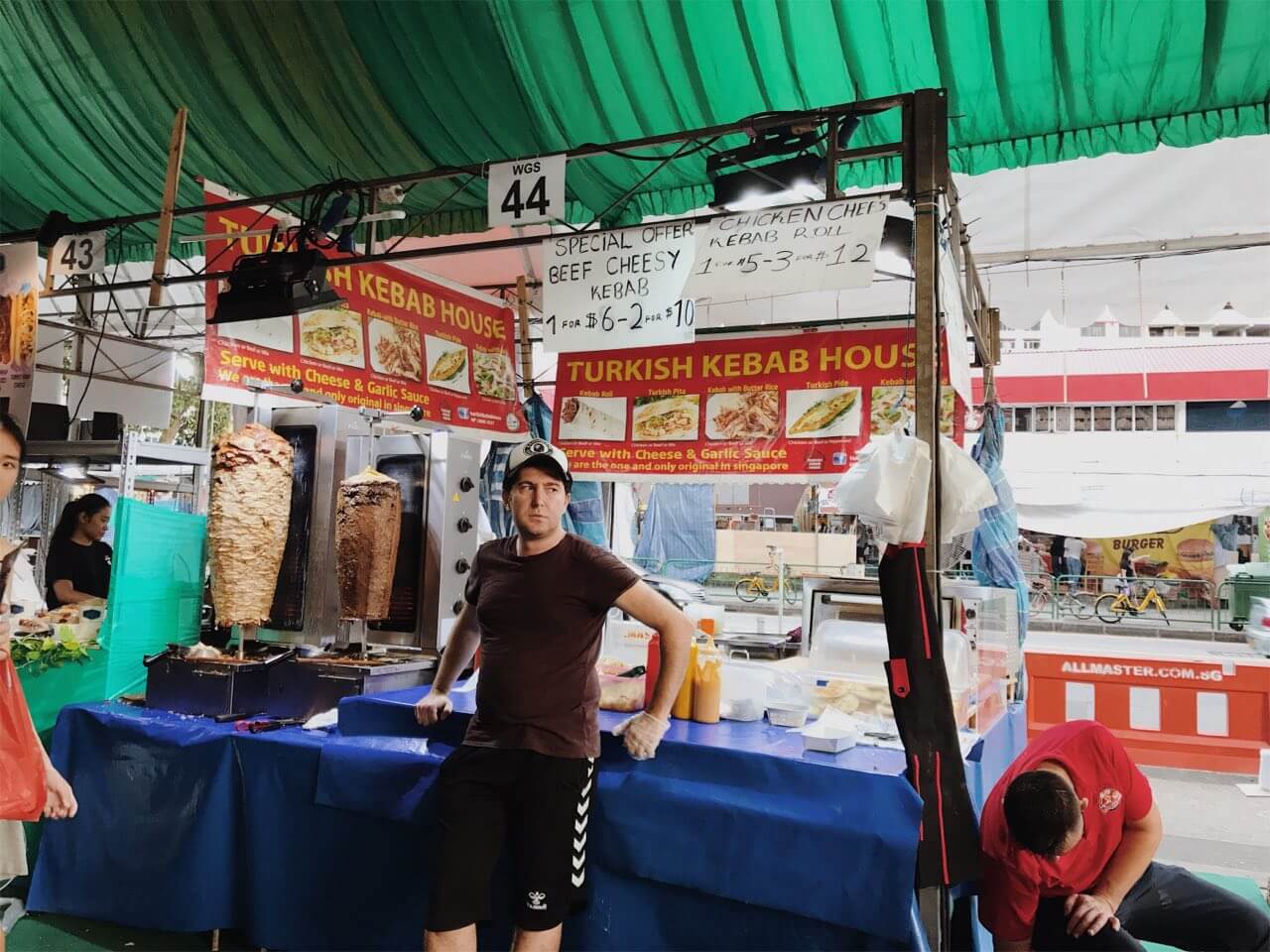 By the time I got here, I was 2 hours into my adventure and sweating buckets. I got myself a colourful drink here at Yummers for $4 and was very pleased with it! I got the Mangoon (Blue Lagoon with Mango) and while it just tasted like iced mango juice, it looked 100% true to the photo on the menu.

Don’t be fooled by the hip menus – kreyv sells both traditional and modern snacks! There’s Chicha ($6), which is a mixed fruit bowl drizzled with different sauces, and Malay snacks like Tahu Goreng, Tahu Sumbat and Tahu Bakar (all $4). When I was there, kreyv was quite popular and there was a long queue for it. Yet another super popular store. WORD. sells a range of savoury snacks, ranging from chilli beef fries ($6) to angus beef cheeseburgers ($8). Their signature dishes are the buckets of popcorn and chicken ($8 each), as well as the huge bucket drinks ($8), also known as Bucket Gangster. In true Singaporean fashion, the drinks are named after local racial slang – such as Minah Blackcurrent, Ah Lian Green Apple and Mat Rep Assam Boi. 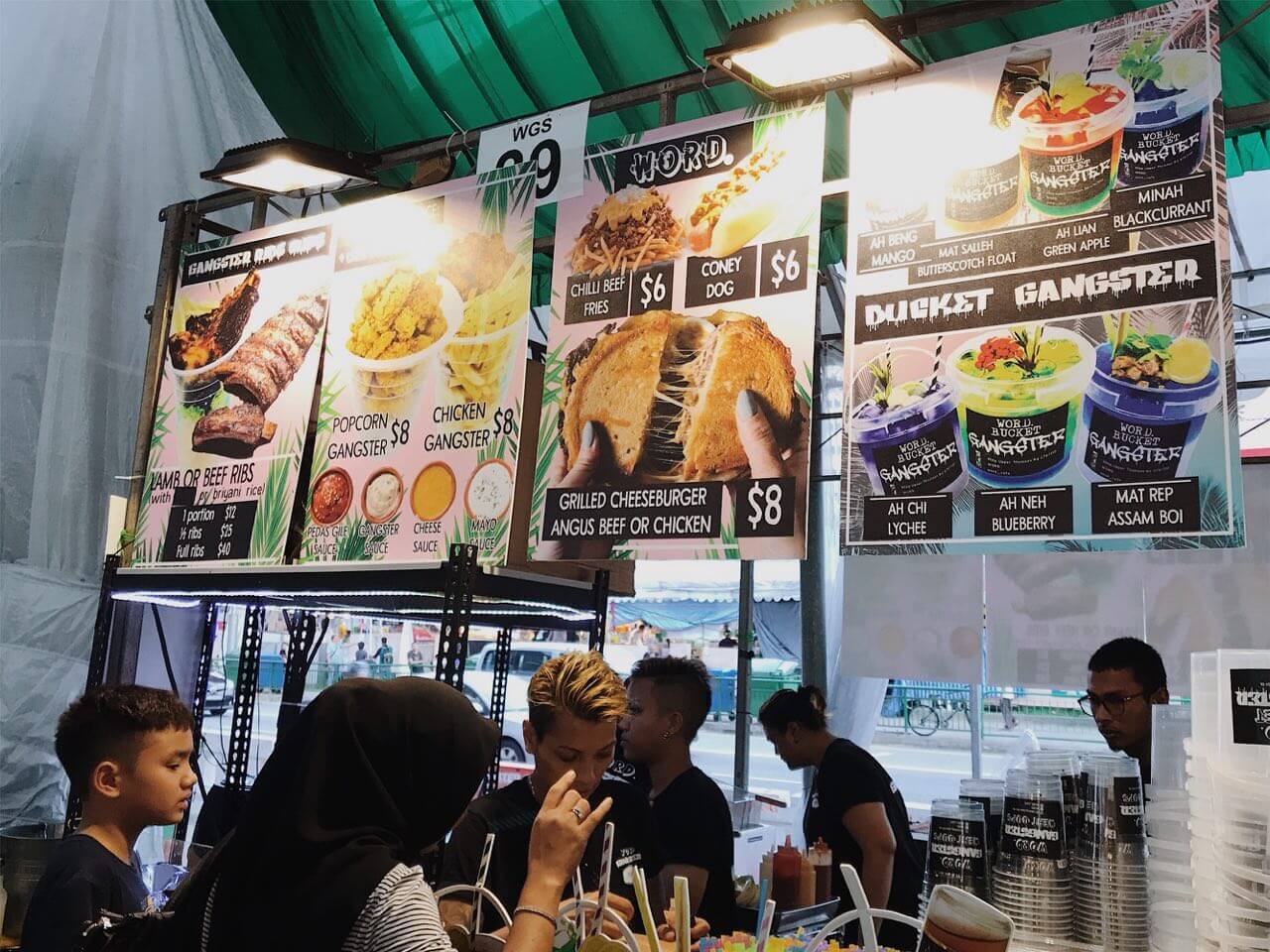 In the WGS zone, I found the first Ramly Burger stall. The store was quite big, and sold not just the burgers, but deep-fried snacks, noodles and desserts too. If you want a classic pasar malam experience, you can make a beeline here – it’s got almost everything a typical local night market would sell, and for mostly under $6. 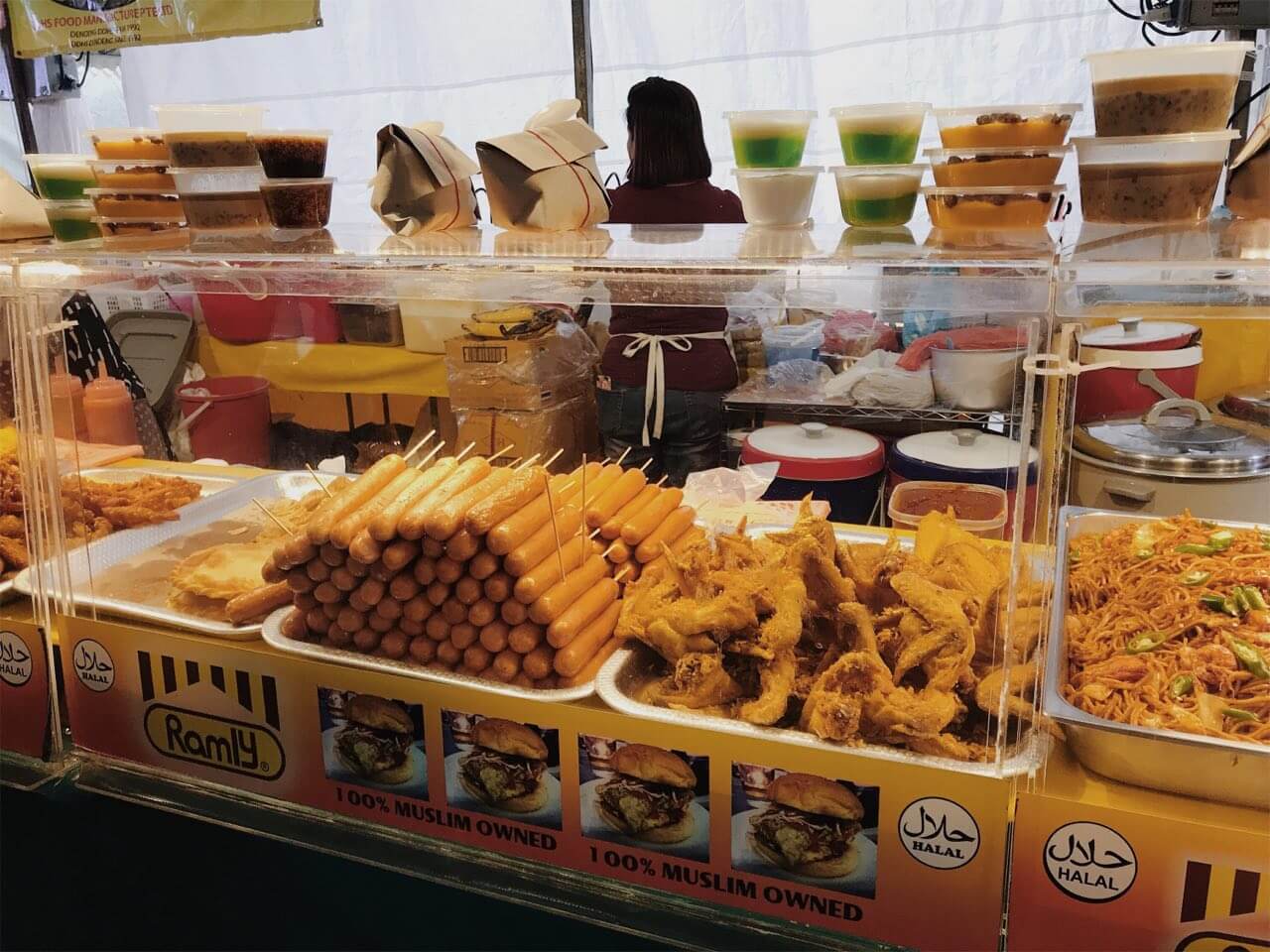 Like WGS, there are several repeat stores like Alley, Take A Bite, Loco Loco and more. This is the biggest zone, and has almost everything the other two zones offer. If you are short on time, just go straight here.

There were several stores selling vadai – traditional Indian fritters – but The Original Vadai had the longest queue. They also had the largest selection and unbeatable prices – you can get 10 mini fritters for just $2! 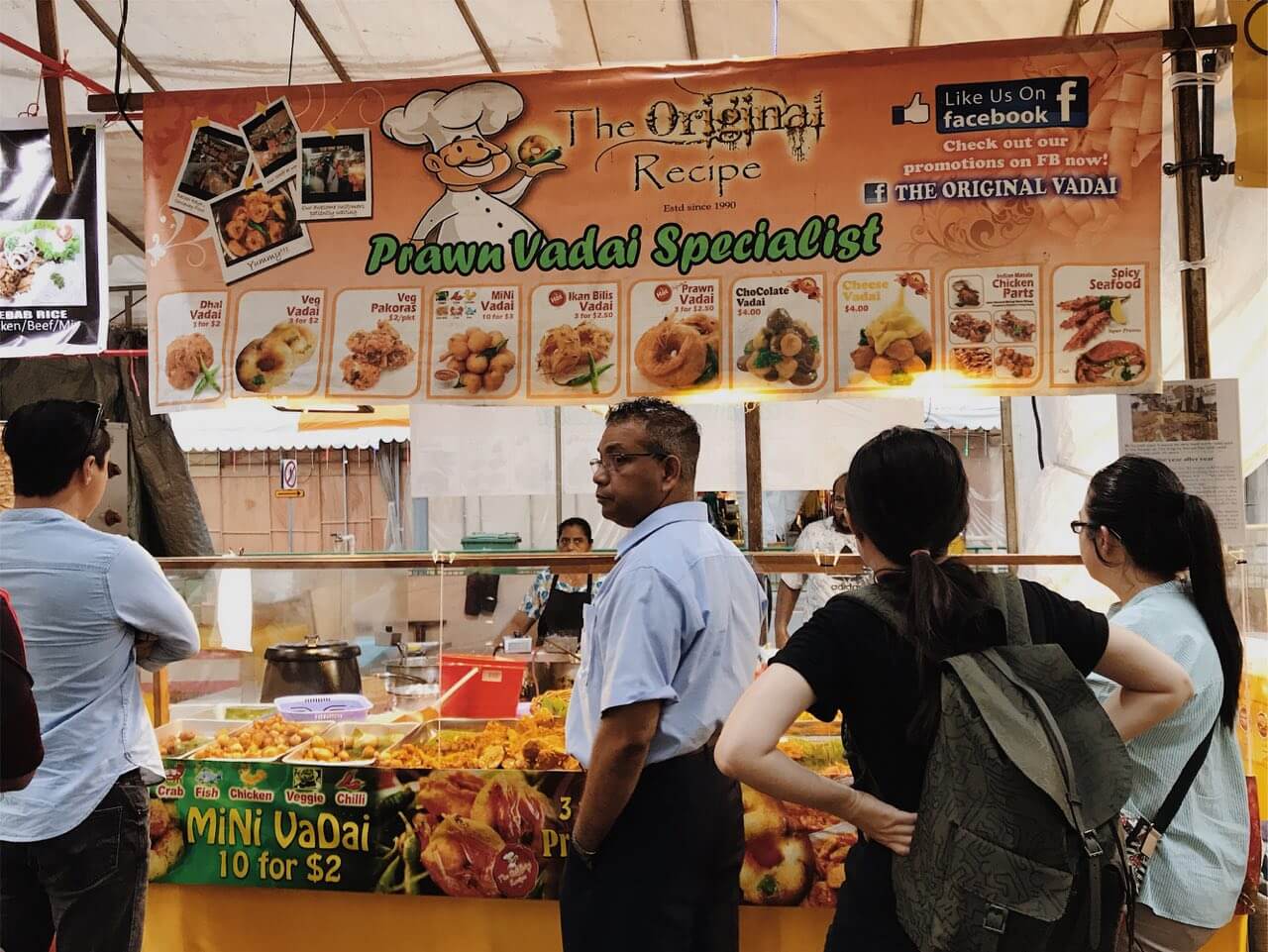 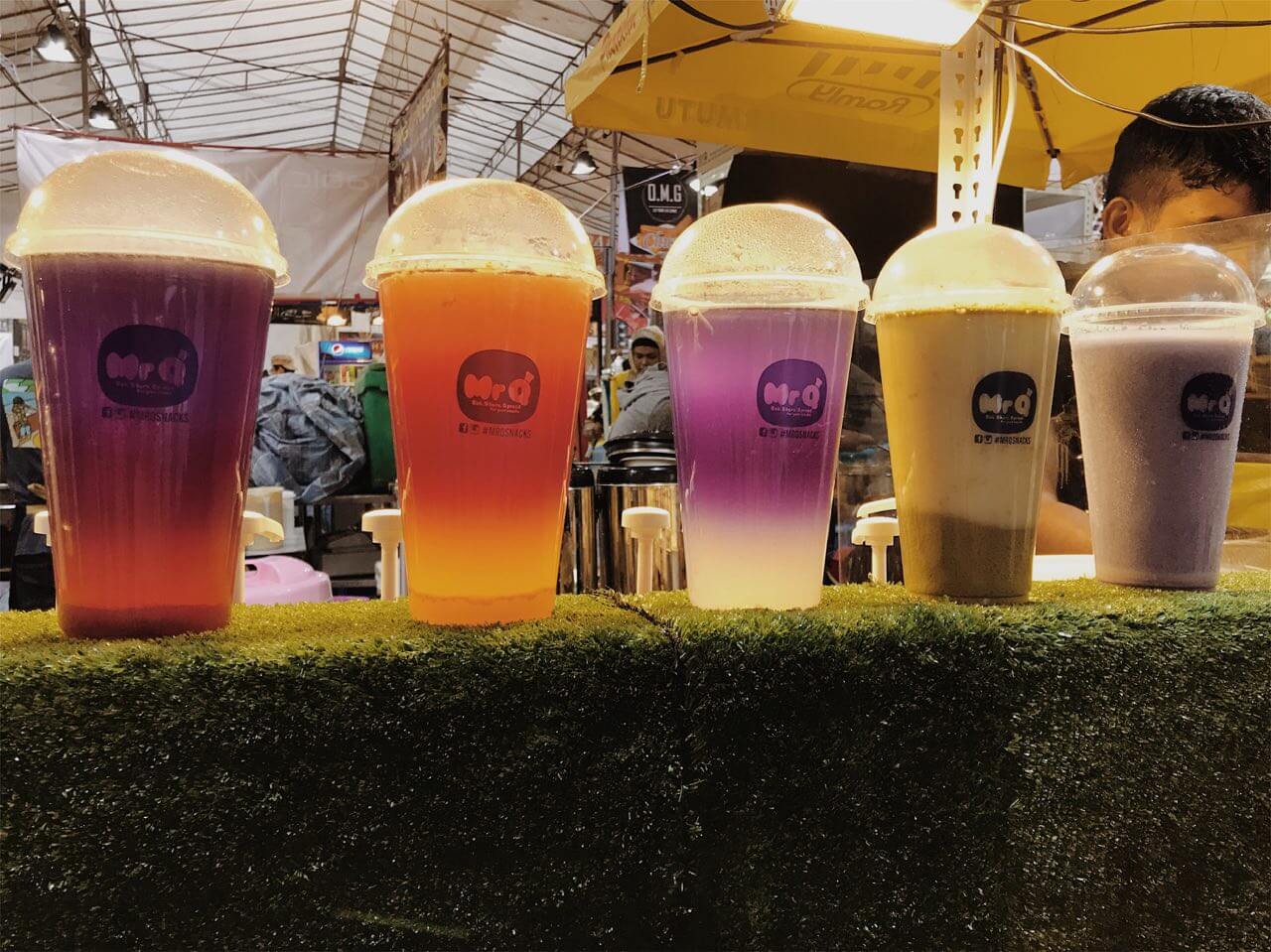 BeauTEAful Mr Q sells colourful artisan drinks ($4 – $5 excluding toppings) as well as assorted snacks. The most notable item, however, is the Dragon Breath candy, which is a crunchy candy that looks unassuming in the cup, but “smokes” when you bite into it. Lots of people buy this just for Instagram, and it’s $5 – $8 per cup. 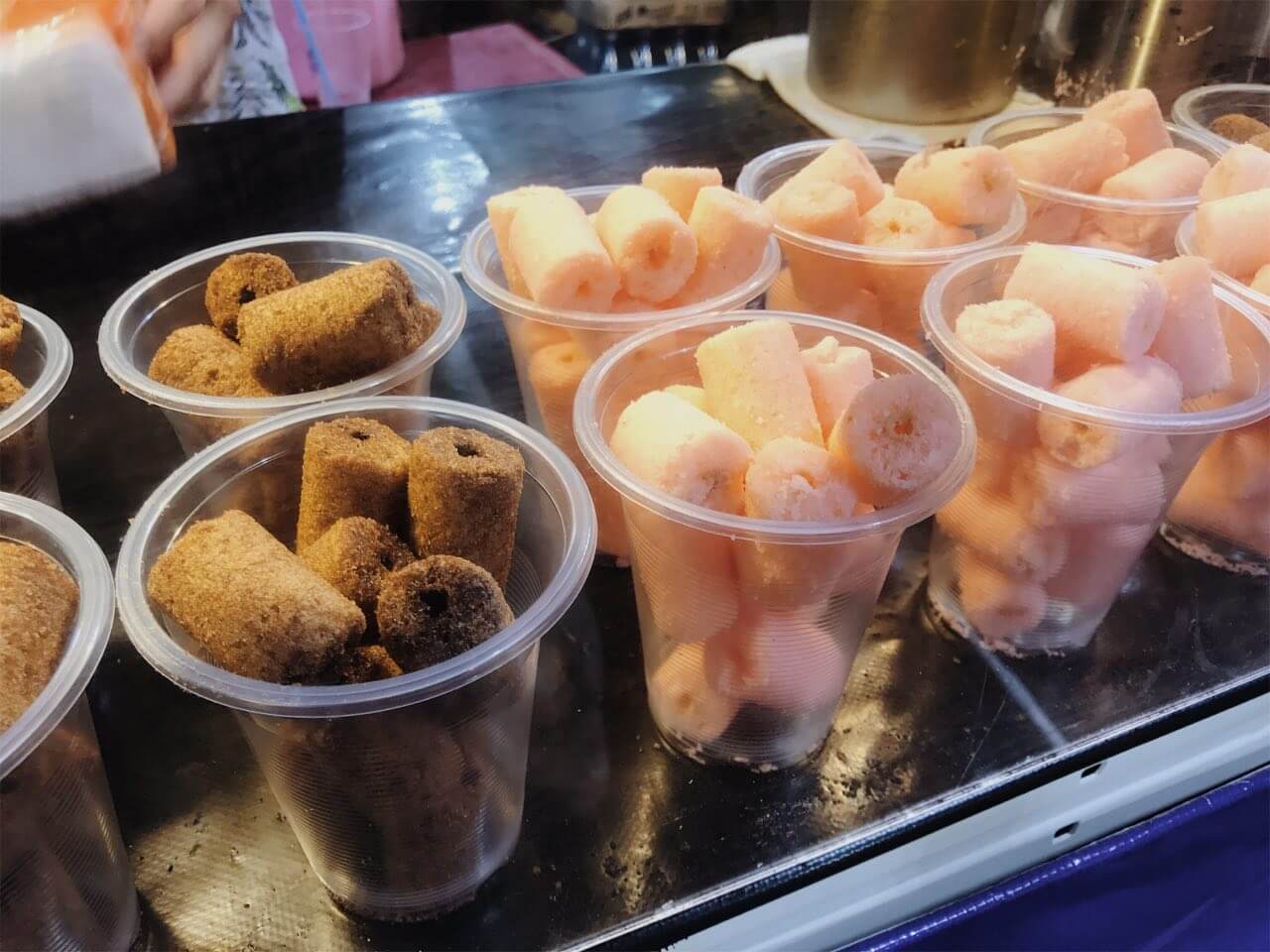 Perhaps the most hyped up store in the whole Ramadan Bazaar, The Raclette Factory sells the original rosti raclette platter. The rosti raclette is $12, while the combo set with a drink is $19. Again, there was a snaking queue for this, and I regret not being able to try it! 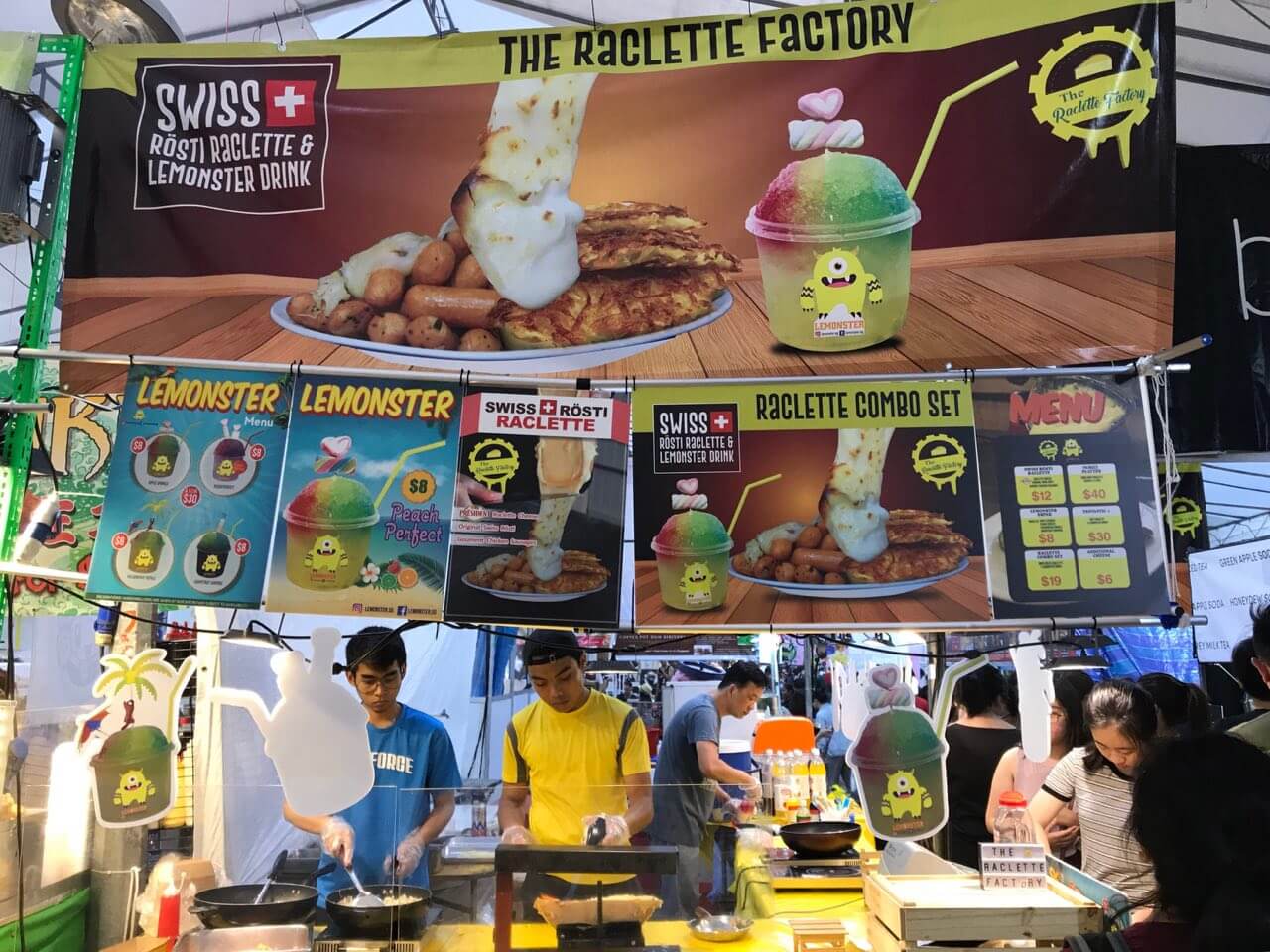 Not far away is Le Rack Shack, which also sells a raclette platter, but with whole baby potatoes instead of rosti. It’s a dollar more than the original, but I decided to give this a shot since there was no queue.

Sadly, the portion was disappointingly small – I counted 3 shrimps, 5 cocktail sausages and a few potatoes – and the cheese serving wasn’t enough to cover all the ingredients.

With dishes like nuggets, meatballs and burgers, Shaked & Baked is one for the western food fans. However, it is quite expensive, with mains averaging around $10 – $15. 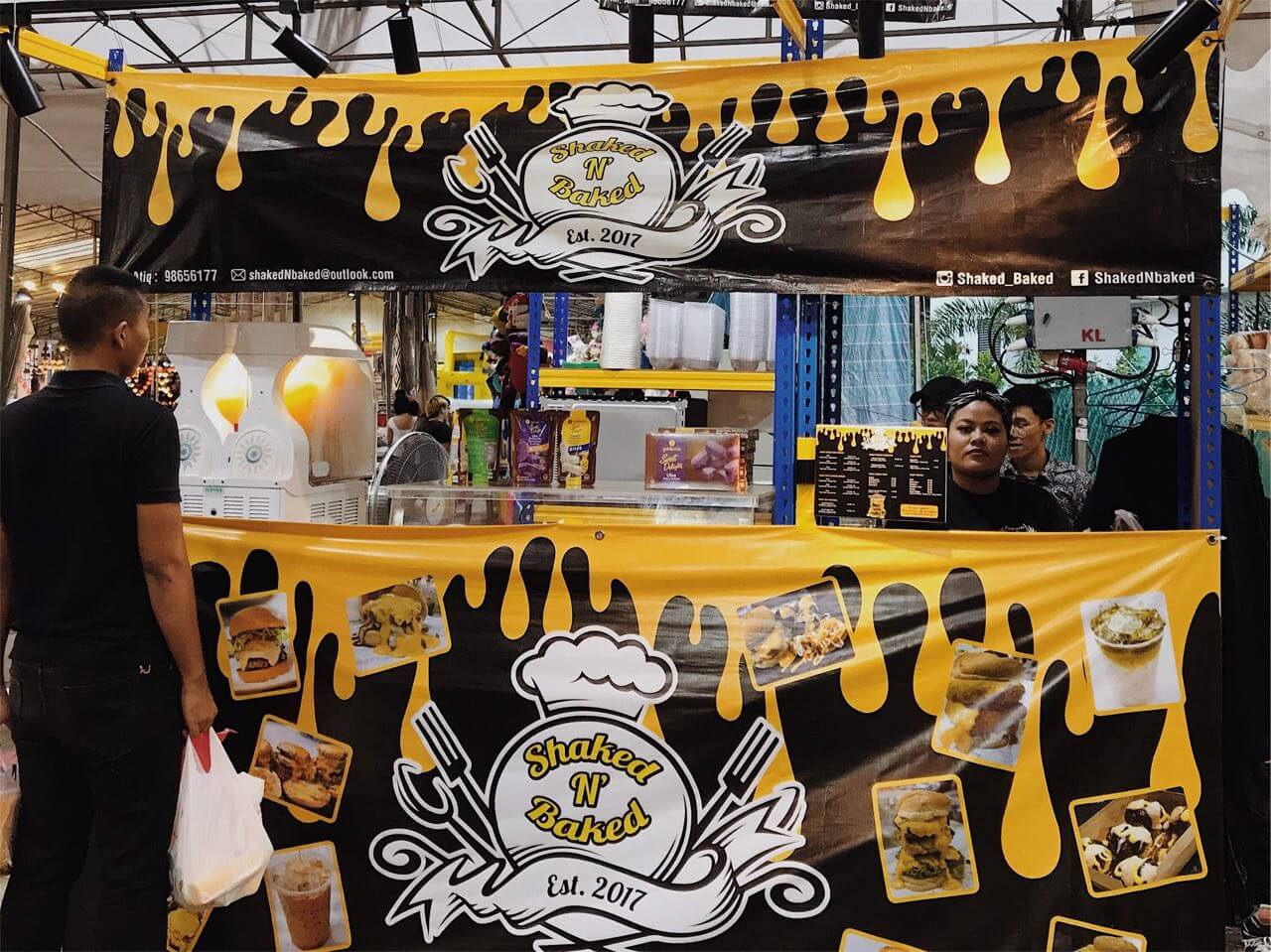 As with the WGS zone, there’s a Ramly Burger store here that also sells assorted snacks. There are also a couple of other snack and $1 drink stores that sell other popular street foods like curry fish ball ($2) and shark fin soup ($2/$5). 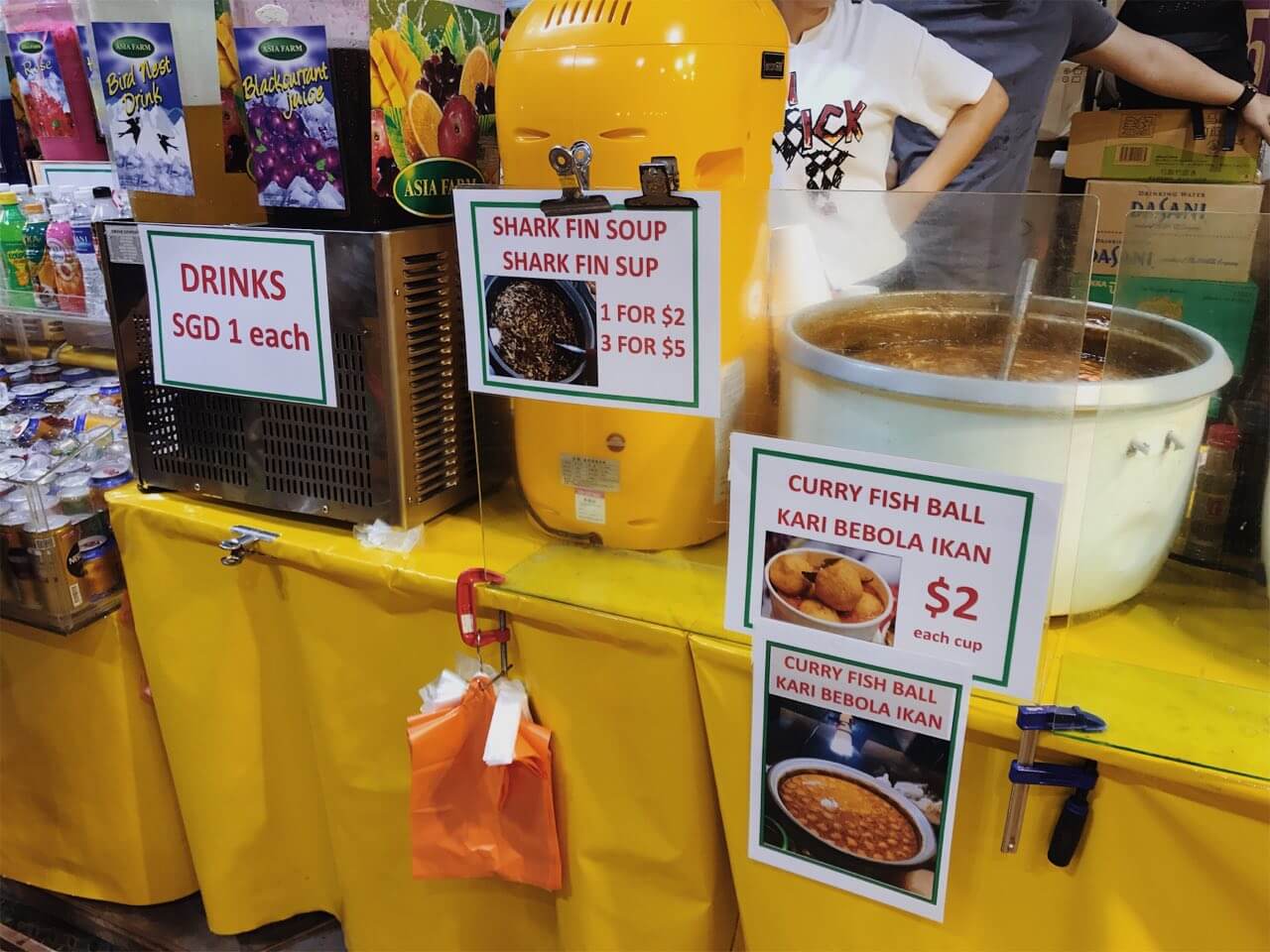 This cheeky drink store that sells Thai iced teas names their drink sizes according to bra cup sizes (well, they are holding T.I.T.S …) and have an option for dual-flavour teas ($4.50). The largest cup is 1000ml, and is relatively cheap at $4.50. 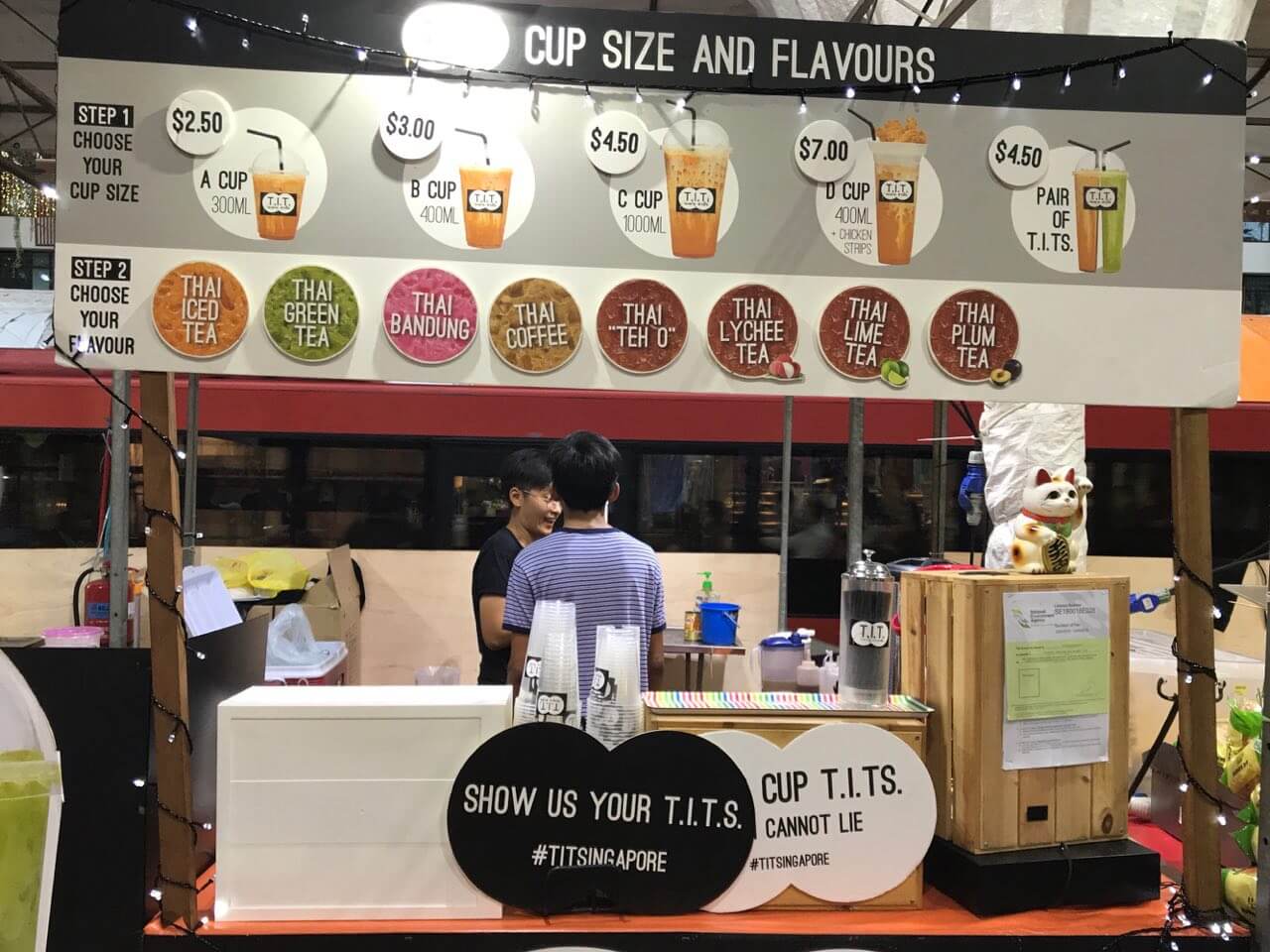 If you want a super value-for-money beverage, 555 Thai Tea is the place to be. You’ll recognise it by the giant green and brown drink dispensers. A regular cup is $2, while the large 1L size is just $3! End your gastronomic adventure with some ice cream rolls, the novelty dessert that shot the Ramadan Bazaar to fame several years ago. They may seem expensive at $5, but that’s the average price of most of the desserts at the bazaar. 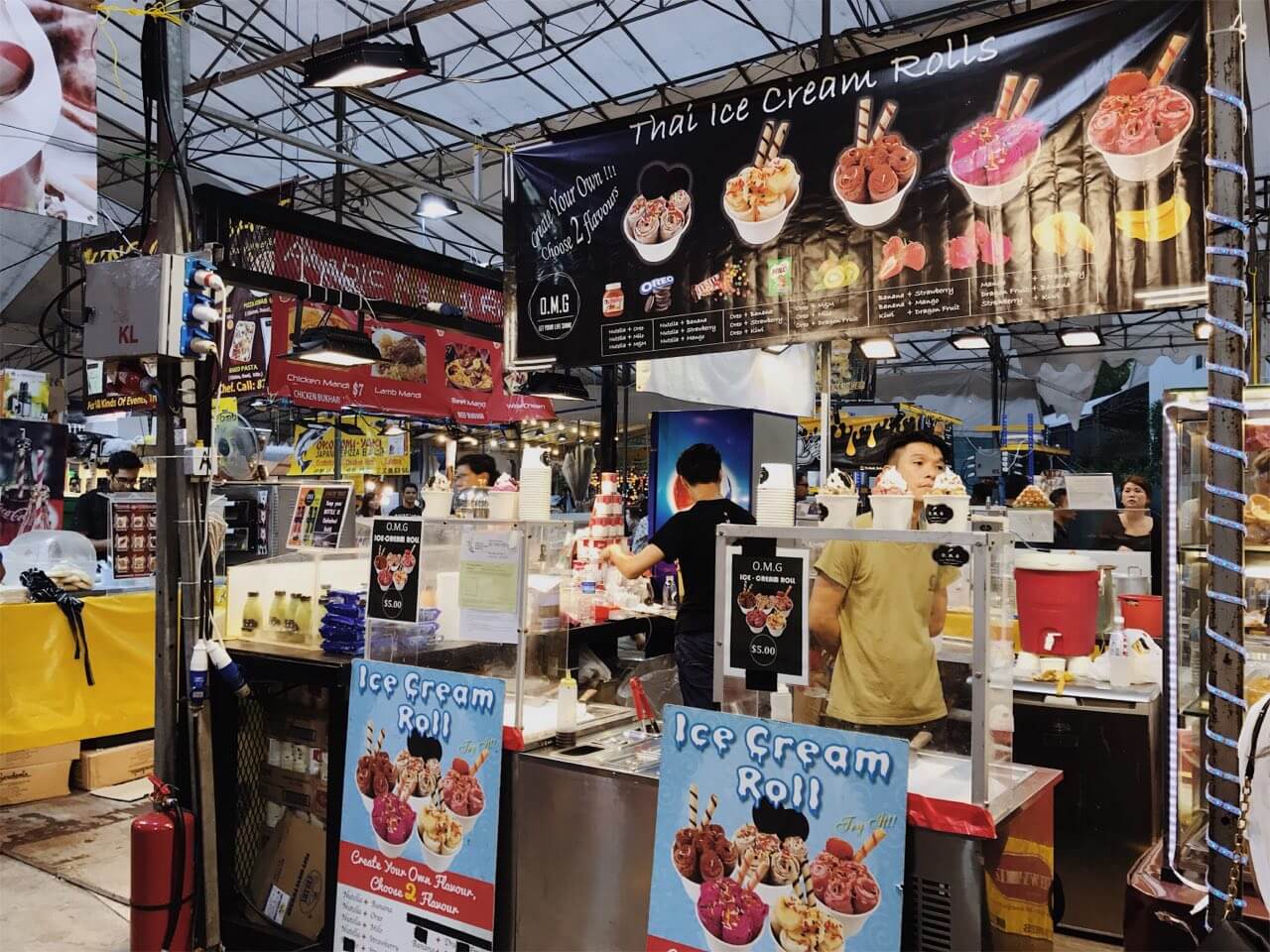 Have you been to the Geylang Serai Bazaar 2018? Share your experience with us in the comments below!

Miniso Singapore – The 8 Most Value-for-Money Items to Buy