5 of Singapore’s Most Ridiculously Expensive Restaurants

At MoneySmart, we’re all about providing you with an independent and humorous view of personal finance with one goal in mind – to save you money. So let me start off by saying… this article ISN’T one of them. If you’re a frugal spender with heart problems, now would be the time to stop reading.

Today, we’re taking on a subject dear to all Singaporeans, food, but not with our usual money saving approach. Instead of looking at restaurants that leave you and your wallet happy, we’re going to look at 5 restaurants that are so expensive – you’ll probably cry harder  after seeing the receipt than that time you watched The Notebook! Let’s caveat this first by saying ANY restaurant can be expensive if you decide to go overboard on ordering, but these are the ones where a glass of water costs as much as your monthly utility bill.

Here are 5 of Singapore’s most ridiculously priced restaurants: 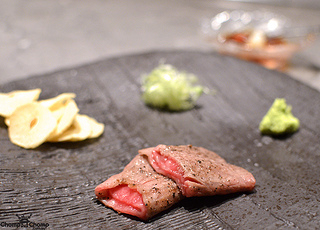 Waku Ghin is the PINNACLE of exclusiveness in a dining context – unless you know of some “member’s only” restaurant with some shady initiation ritual that I don’t know about… on second thought, I don’t want to know. Like Restaurant Andre (below), it features a main dining room that accommodates a limited amount of diners – only 25 at a time.

And if there’s something that makes discerning diners jump ahead of the line to sacrifice their wallets on the altar, it’s beating out hundreds of other diners for a seat at a high-class restaurant. 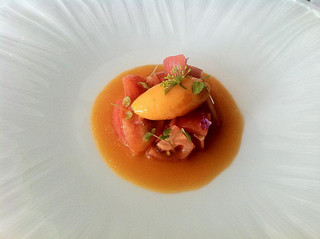 Its nondescript exterior gives people walking by the impression that it’s like any other shophouse, but that illusion is part of the “exclusivity” of this place. And when I say exclusive, I mean this place only serves about 30 guests per night. Restaurant Andre is a small restaurant with highly trained chefs that’s already received international acclaim for its cuisine. At least the restaurant has some very nice loveseats for you to sit in while you’re crying over the bill.

A restaurant that’s tied to an internationally renowned chef (in this case, omakase chef Shinji Kanesaka), means 2 things: 1) the cost of the ingredients used will rival the per ounce cost of some precious metals, and 2) expect to cry when you see the bill… and to add insult to injury, you’ll probably feel hungry again an hour or two after eating. The uniqueness of this place is that chef Shinji specialises in omakase cuisine, which is Japanese for “I’ll leave it to you”. You have NO say at all in the menu (unless you’re allergic to something) and well, you have no say in the price as well.

CUT Singapore is the “perfect storm” when it comes to washing away all of the bank notes in your wallet in one meal. Why? For 3 reasons: 1) it’s in an expensive setting (MBS, enough said!), 2) it serves prime, imported meat including Wagyu steaks, which can be worth more than silver per ounce, and 3) a world-renowned chef has his name tagged to it.

Here’s some more info on CUT: 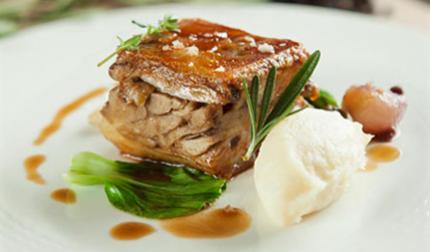 While Catalunya doesn’t have a big name chef like Wolfgang Puck to add another 20% markup to the menu price, it has something that none of the other restaurants on this list have – a unique, dome-shaped setting that’s built right on top of Marina Bay. Combined with the novelty of Spanish cuisine and Singaporean’s love of suckling pig, it makes the experience a deliciously painful experience for your wallet.

Final Note: I’m not saying you shouldn’t eat at these places. Everyone deserves to have a luxurious dining experience at least once during their lifetime – maybe during bonus time if you’ve had a particularly good year. We’ll be looking other ways in which you can put your year-end bonus to good use so follow us on Facebook.

Using a credit card is another good way to divide the budget-busting meal into 2 or 3 monthly payments. Thankfully, there are many dining-friendly credit cards available on SmartCredit.sg that give you great rewards if you dine out frequently.

What other expensive restaurants have you eaten at lately? We’d like to hear (and feel jealous)!

Dining
Mooncake Festival 2022: Raffles Hotel, Goodwood Park, Peony Jade Mooncake Prices
Sign up for our newsletter for financial tips, tricks and exclusive information that can be personalised to your preferences!