If you’re the kind of person who actually pays attention to the prices on the labels when you do your groceries, you probably know that the products at 7-Eleven are ridiculously expensive.

If you desperately need a bottle of water at 3am, fine, you have no choice but to buy one at 7-Eleven unless you have a 24-hour NTUC FairPrice near you. But you should know that you’d be paying almost 3 times the price of a regular Ice Mountain at 7-Eleven than you would at NTUC.

Obviously, anyone who does his weekly groceries at 7-Eleven might as well wipe his bum with $2 notes while he’s at it. But not everything at 7-Eleven is a bad deal. Here are 5 items that actually offer good value for money at 7-11. If you need a quick meal but don’t have the time to actually sit down for one, 7-Eleven’s sandwiches offer a relatively inexpensive way to fill your stomach on the go.

Their sandwiches cost around $3.50 for a pack of two sandwiches, which is pretty damn filling. While not exactly the work of a gourmet chef, they taste decent enough to a starving person.

Conversely, most supermarkets do not even sell ready-to-eat sandwiches. Although it might possibly be cheaper to DIY your own processed cheese and ham sandwich with Gardenia bread, it’s pretty difficult to recreate the fancier flavours you can find at selected outlets, like prawn & broccoli and Japanese-style pork katsu + cabbage.

While the 7-Eleven sandwiches are by no means dirt cheap, they’re one of the least expensive ready-made meals you can find anywhere. 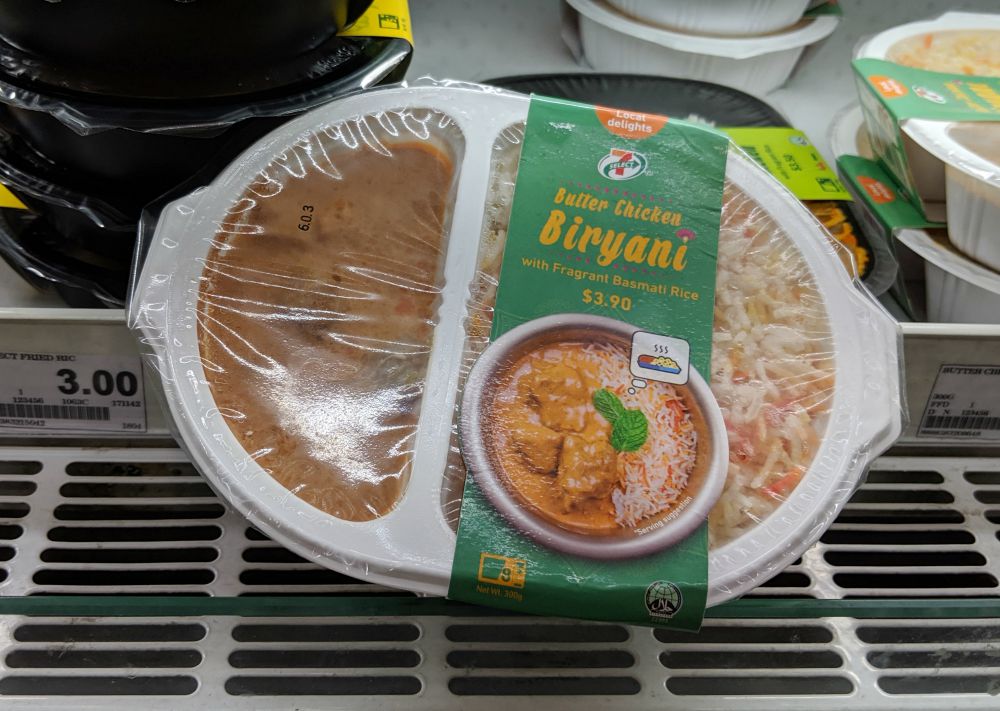 Taste- and portion size-wise, there’s no way that pre-chilled, pre-packed biryani can compete with the regular, piping hot version at your favourite Indian restaurant.

But did you know that 7-Eleven’s butter chicken biryani actually has a minor cult following? My colleagues at MoneySmart have been known to eat this for lunch, of their own volition!

Served in a dainty portion, this is sort of a biryani-lite – less greasy, less spicy, less food coma-inducing than a regular full-size biryani. Nonetheless, it hits the spot if you’ve got an Indian food craving. At $3.90, it’s even cheaper than some famous biryani places like Bismillah Biryani too (although the portion is a lot smaller). 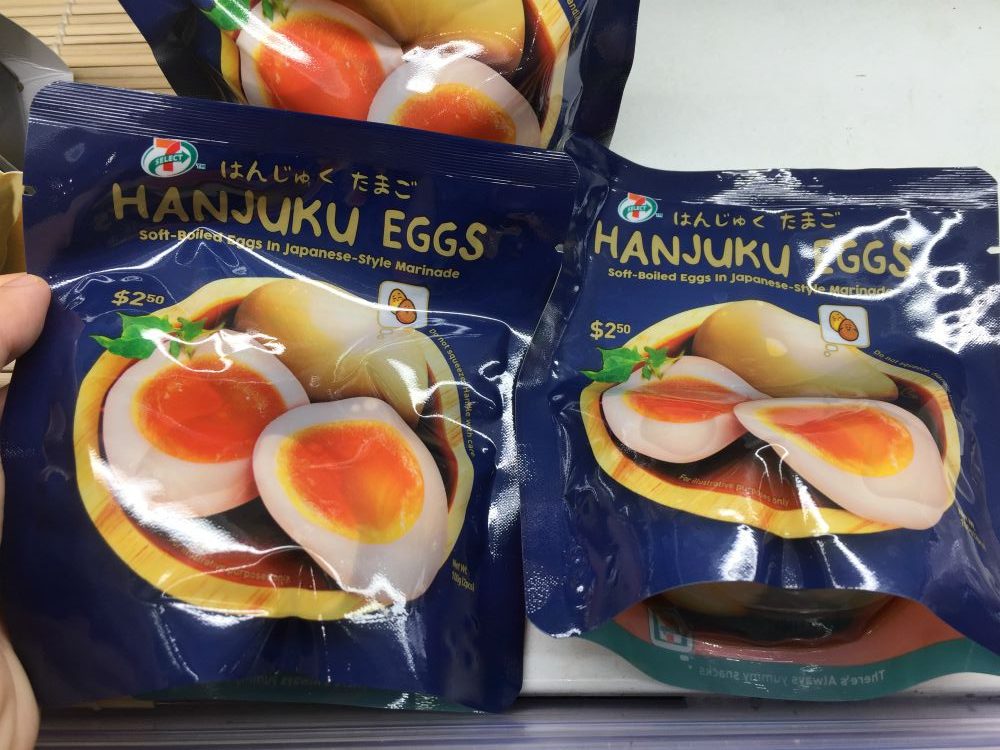 Another 7-Eleven product with a fan following is the Hanjuku eggs, which are perfectly-cooked onsen-style eggs. This is great if you’re looking for a post-workout snack or if you want to add some protein to your cup noodles.

Although $2.50 for 2 eggs is pretty steep for just eggs (which are like $0.20 each at the supermarket), I don’t think there’s anywhere else you can get this specific style of eggs in Singapore, apart from patronising a ramen restaurant.

The closest thing is to this is Seng Choon instant eggs, which are cheaper at $3.60 for 4. But they are rubbery and nasty, so I don’t think there’s any competition.

Craving some Western-style coffee but aren’t about to shell out $6 for a flat white made by hipsters? 7-Eleven’s coffee just might do the trick. They claim that the coffee line is gourmet and made using 100% Arabica beans.

With flavours like long black, latte, mocha and cappuccino on offer, most coffee drinkers will be able to find their brew of choice. Whatever the taste, the price (typically $2 or less for a hot coffee) beats even McCafe, to say nothing of Starbucks. 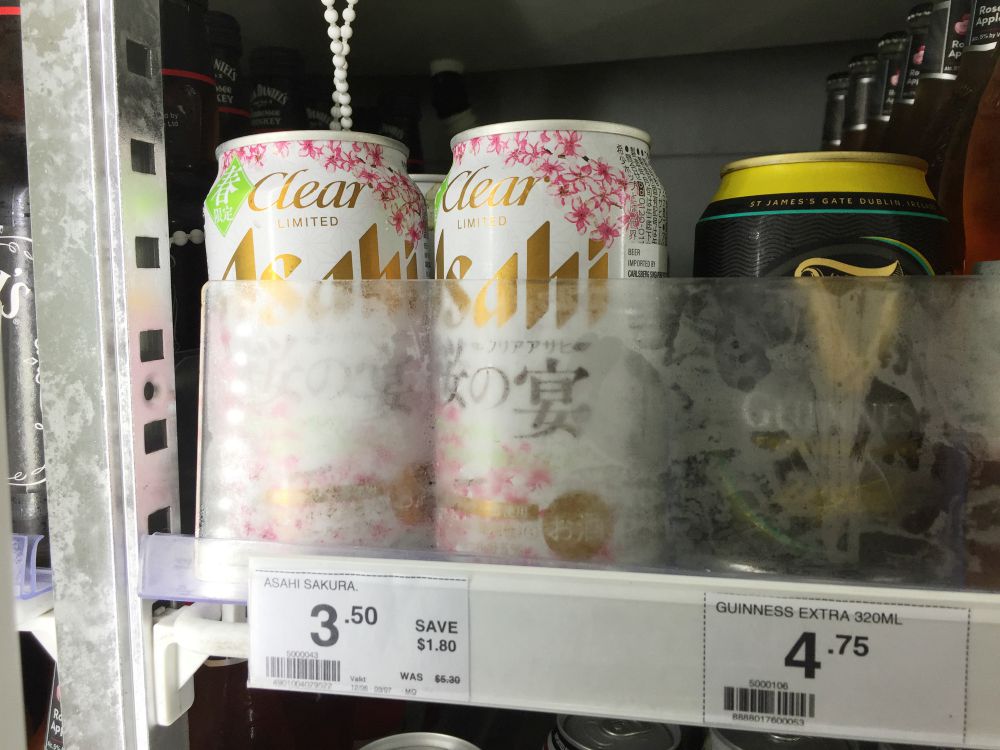 Unless you were born with a silver spoon in your mouth, you must have pre-gamed at 7-Eleven before hitting the clubs at least once in your youth.

Sadly, it’s quite hard to get your hands on a Big Gulp – the perfect mixer for those miniature bottles of Absolut Vodka – anymore. 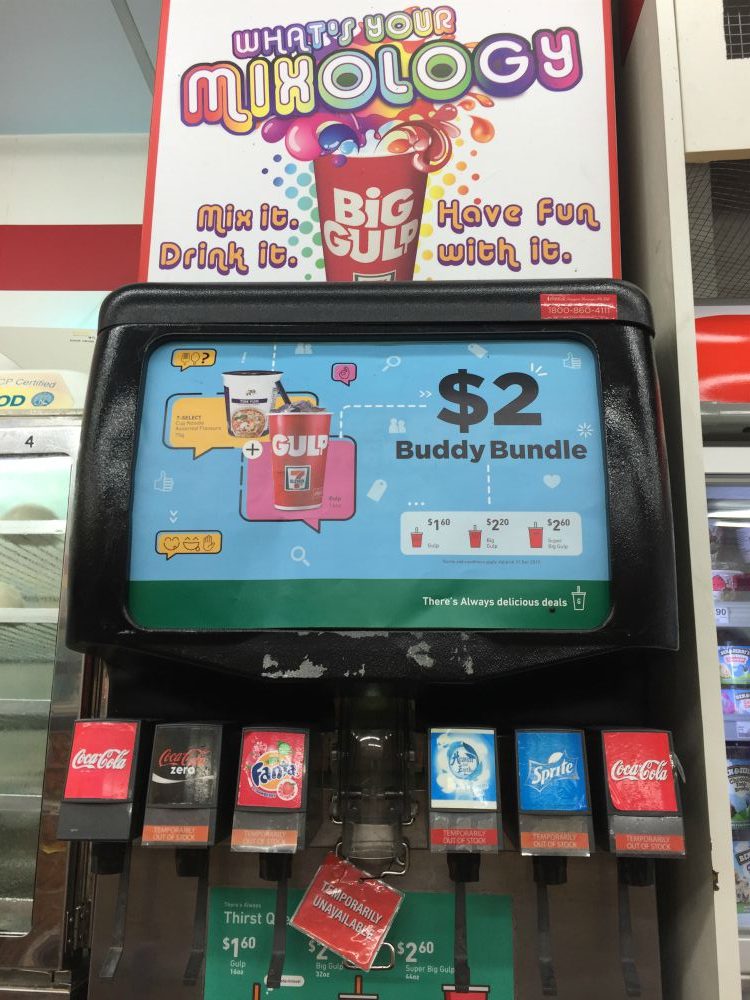 But surprisingly, it does have a few affordable beers in the fridge.

For example, this limited edition Asahi Sakura ($3.50) isn’t too pricey for a single can of beer. You can get regular Asahi for less than $3/can if you get a 6-pack on RedMart, but is it cherry blossom-flavoured? I think not. (FYI – despite all the pink, its ABV is a standard 5%.)

If getting wasted is your main priority, then these 7-Eleven brand “ALCOHOLIC BEVERAGE” is quite a steal at $5.90 for a 9% ABV drink. Most ready-to-drink alcohol are merely 3% to 5% ABV, whereas an extra strong drink like this Suntory lemon highball (also 9%) will set you back $8.50.

What are your favourite buys at 7-Eleven? Tell us in the comments!

Japanese Supermarkets in Singapore – 10 Best Places to Get Japanese Groceries