National Day 2019 is upon us once more, and I’m sure that patriots all over the island will want to celebrate the nation’s independence by popping the question over the NDP fireworks.

Luckily for you, HDB has thoughtfully scheduled a BTO launch in (now pushed to September), for your convenience.

Those looking for an “investment BTO” along the lines of the hyped-up Boon Keng BTOs in the previous 2 launches — move along now, nothing to see here. This time round, it’s just your garden variety BTO launch with just 2 choices: Either Punggol or Tampines.

Here’s our review of the Punggol and Tampines BTOs in the Sep 2019 launch.

HDB has released the prices for the Sep 2019 BTO launch. These are all starting prices, meaning the actual amount you pay may be more:

Note that these are selling prices before grants. What makes the Sep 2019 HDB BTO launch extra exciting is that HDB has just announced a new structure for their grants, meaning most of us will get higher HDB grants than ever before. If you’ve been trying time and again to get hold of a BTO, consider this your consolation prize…

Since I had the data from the previous BTOs in these 2 areas, here are a few findings:

Hmm… Seems like Punggol is gentrifying at top speed with atas executive condos, an upcoming SIT campus and a planned “Silicon Valley” in the works.

Note that there’s a huge difference in flat supply for both estates: Tampines has just 640 units up for grabs, while the Punggol one has 2,710 units. So if you really don’t want to keep playing BTO roulette, you’ll have better chances of getting a flat in Punggol. 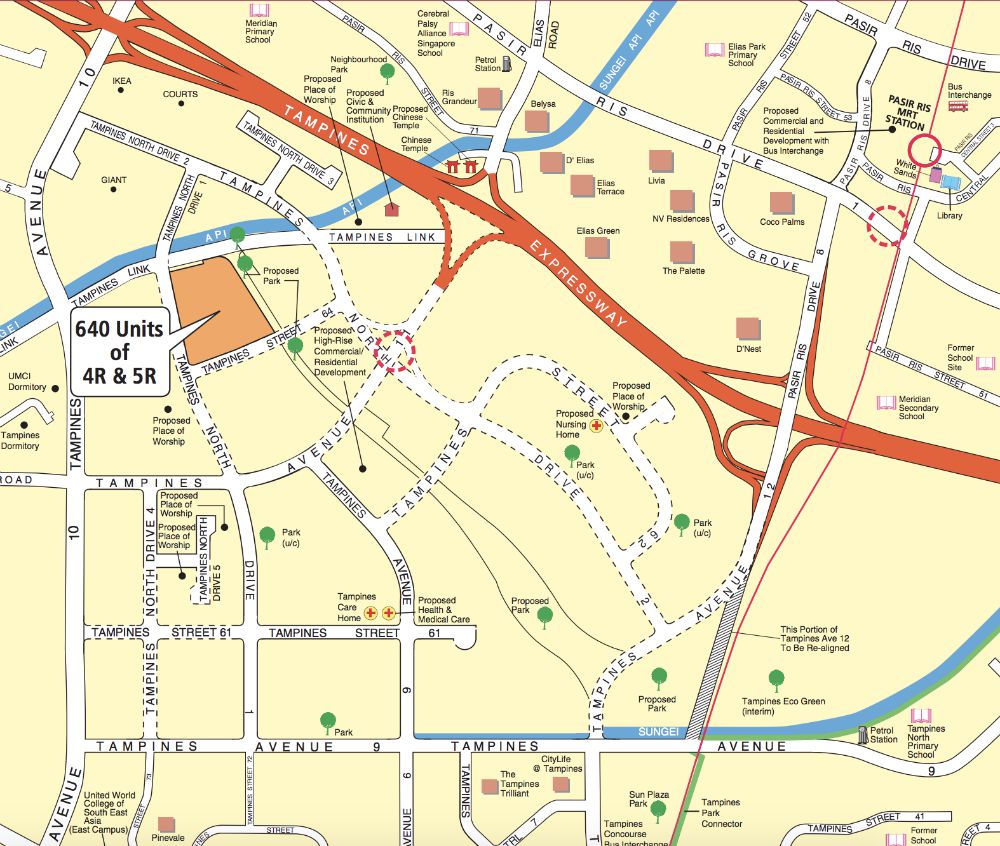 Tampines is pretty overcrowded already as it is, so how is it possible that HDB keeps putting out more and more BTOs here?

If you’ve been to the area recently, you’ll realise that the government has been developing what can only be delicately described as the “outer limits” of Tampines — the mostly-empty fields where even birds don’t lay eggs — into homes for young Singaporeans.

In this case, the latest Tampines BTO is located near IKEA / Giant / Courts, which now has absolutely nothing else, apart from the occasional worker’s dormitory.

If you can get over the strangeness of living next to a 24-hour hypermart and yet being out of range of any movie theatre or prata shop, the location is not bad as there are some upcoming developments here, including Tampines North MRT (opens in 2030, just in time for MOP maybe?) and an integrated commercial/residential building.

Just don’t buy too much into the “mature estate” rhetoric, because right now, the area definitely still feels far from mature. It’s a long way from both Tampines Mall and White Sands. The only saving grace is that it’s close to the TPE — driving a car is a must here. 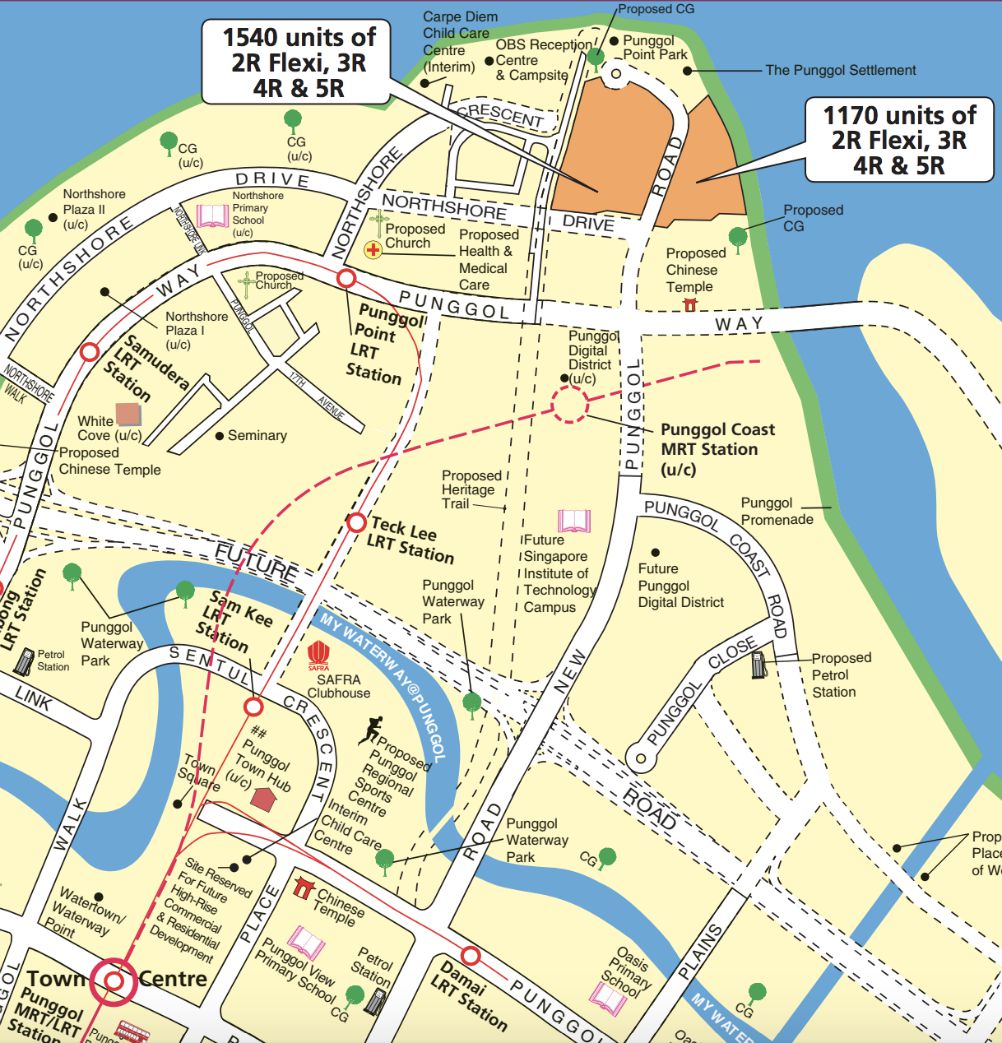 The Punggol BTO launch in Sep 2019 is a continuation of the one that launched exactly 1 year ago, called Punggol Point Woods & Punggol Point Cove.

Like the previous Punggol BTO, this batch is in the same location in the northeastern tip of the Punggol (i.e. the Punggol of Punggol).

This time round, the BTO launch is across the street, making it one step further from civilisation. That makes the Sep 2019 BTO the farthest-flung part of Punggol you can ever get, unless HDB starts building them on Coney Island (omg please don’t). If you’ve ever been to Punggol Settlement — that’s where this BTO is.

Being on the very frontier of civilisation, there’s naturally not a whole lot of amenities going on here. At least for now.

The consolation is that the area will look a bit better when the nearby Punggol Coast MRT is up and running in 2023, which should coincide nicely with the TOP of the BTO. Thereafter, you should start seeing signs of life in the vicinity, such as the upcoming Punggol “Digital District” which is touted as Singapore’s Silicon Valley (puke).

On the positive side, those who live here can truly say they enjoy “waterfront living”, because they’ll be facing the Straits of Johor, which is definitely at least 1 level up from, say, the overhyped Piermont Grand EC, which only faces a longkang.

Update: HDB has released some artist impressions of the upcoming “heritage-inspired” Punggol development, and it looks nothing short of beautiful. The landscaped communal areas are a welcome departure from the concrete-on-concrete look of most other Punggol BTOs.

If you’ve got your heart set on either the Tampines or Punggol BTO, you’ll be really glad to know that applications are now open — at long last! (The BTO launch was originally planned for August.)

HDB has put up a BTO Sep 2019 launch microsite with all the information you could possibly need about the developments, and it will be live for this period.

During this 1-week window, you can review the information, ooh and aah over pretty artist impressions, and think real hard about your choice of life partner.

Then HDB conducts a big lucky draw, and winners of the BTO lottery will be invited to select their flats. As long as you submit your application + $10 admin fee online by Tue 17 Sep, you’ll have a chance, so don’t rush.

You can only choose either Punggol or Tampines this time round, not both, so if you really want to clinch a BTO, it’s better to pick the Punggol one as there’s a lot more supply. Alternatively, if the need is pressing, you may consider buying one of HDB’s balance flats which are available anytime.

Read the complete guide to applying for an HDB BTO here.

Which HDB BTO would you apply for, if any? Tell us in the comments!

Property
HDB Resale Price Increase – Why Are Prices Rising & What Does it Mean For Home Buyers?

Property
Buying an HDB BTO Flat: A Step-By-Step Guide (May 2022)

Property
Additional Buyer’s Stamp Duty (ABSD): What is ABSD in Singapore & what are the rates? (2022)

Property
Using Your CPF to Purchase Property? 3 Important Facts to Know (2022)
Sign up for our newsletter for financial tips, tricks and exclusive information that can be personalised to your preferences!