The first HDB BTO launch of the year falls in February, making it prime fodder for Chinese New Year small talk. Timing aside, though, it’s legit exciting because this launch includes a – you might want to sit down for this – BTO in a mature estate. Yeah. It’s gonna be crazy.

I’m going to get you up to speed on the exciting new Kallang/Whampoa BTO, as well as the other two BTOs (Sengkang and Jurong West, not that anyone asked) in the same launch.

Update: HDB has just released the prices for the Feb 2019 BTOs. Here’s a quick look at the starting prices: 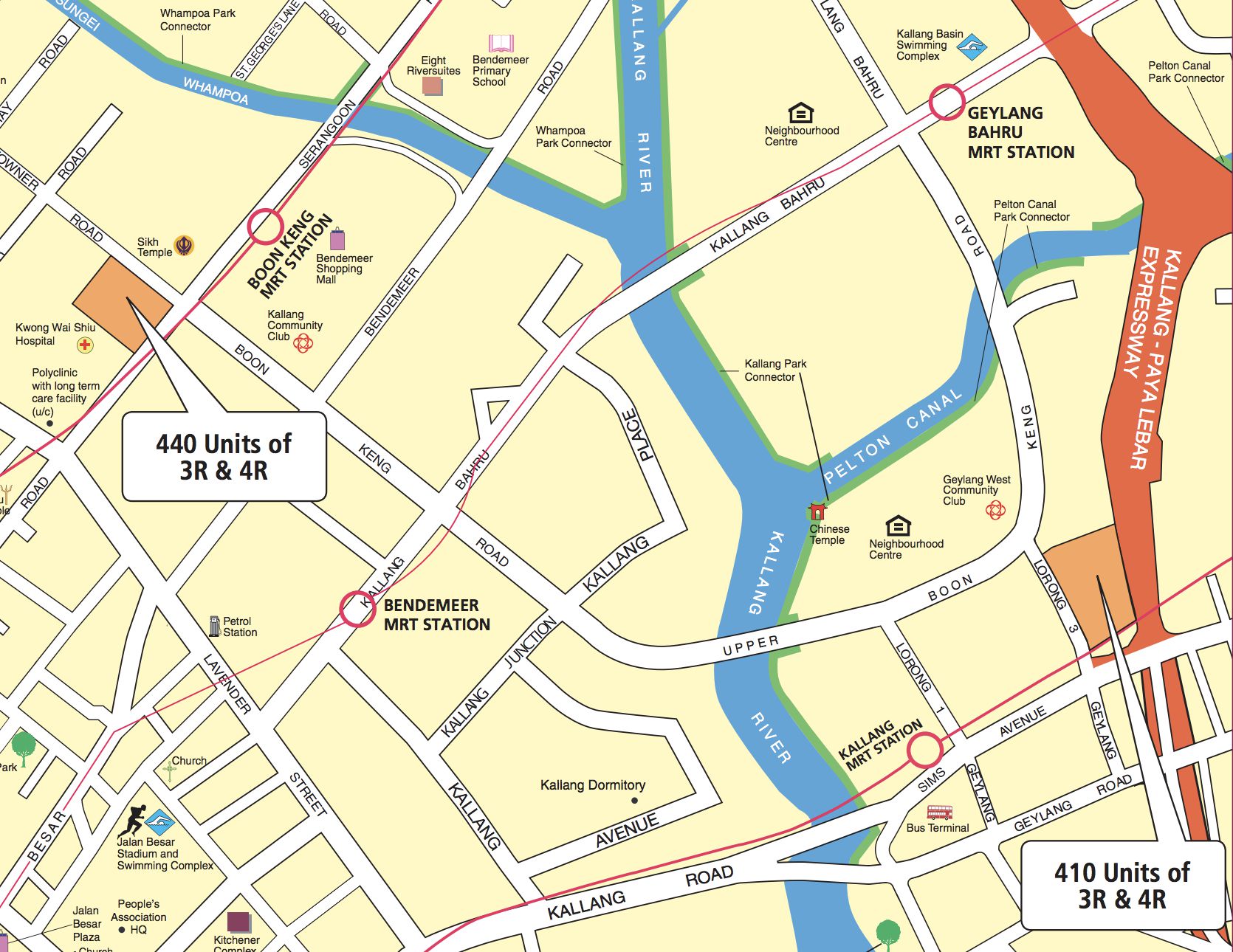 If you followed property news last year, you would have read about the insanely oversubscribed Toa Payoh BTO in HDB’s May 2018 launch. Owing to its central location and the maturity of the estate, the 540 units in Kim Keat Beacon drew more than 2,400 applicants. Siao liao!

With the upcoming Kallang/Whampoa BTO, history looks set to repeat itself. These new flats are smack-dab in the middle of another highly central, super mature estate criss-crossed by MRT lines and saturated with amenities.

For the uninitiated, Boon Keng is a quiet estate with lots of old folks (read: good, cheap food options). There are a some major factories here including Hyflux and Micron, which might be potential sources of rental income. But it’s a quiet place at night, after the office workers leave.

The BTO flats at Kallang, on the other hand, are close to all the nightlife you could possibly want. It’s a little off the main Geylang strip, but if you ever want to get in on the action you only need to walk over. Also, the BTO is very close to international school Windstedt School and James Cook University – also indications of potential rental income.

Lifestyle preferences aside, I think the Boon Keng site has more investment potential. It’s sandwiched in between Farrer Park and Potong Pasir, both of which have gentrified faster than you can say “PAP ward“. So it’s only a matter of time before Boon Keng gets saturated with monstrous shopping-mall-condo-hybrids that will drive property prices up.

Either way, both BTO locations are going to be insanely popular among young professionals as well as aspiring property investors.

That said, if you’re looking for a comfortable place to raise a family, you might want to look elsewhere. There’s not much childcare infrastructure in the area – the options are mainly aimed at expats. Besides, only 3- and 4-room flats are available in the Kallang/Whampoa BTO, so there’s not much wiggle room for larger families. So, the hype around Jurong has pretty much died down since Malaysia’s unceremonious exit from the proposed KL-Singapore high speed rail (let’s not pretend that the new target date of Jan 2031 isn’t a sham).

But the upcoming Jurong West BTO has got EDMW forumers all excited again. Like the Kallang/Whampoa BTO, the Jurong West BTO is split into 2 sizeable developments: One near Boon Lay MRT and the other closer to Pioneer MRT.

Everyone is super keen on the Boon Lay one, because the site is practically next door to Jurong Point, i.e. easy access to all the amenities you could possibly want. This is also the interchange for the upcoming Jurong Region MRT Line, which should be up by 2026 – just nice for when your MOP ends.

Another reason to piss yourself in excitement is its proximity to 2 “branded” schools, Rulang Primary School and River Valley High School. Of course, every school is a good school lah, and there are a TON of options in the area.

Sadly, the BTO project at Pioneer MRT is the ugly sibling here – it just pales in comparison to the Boon Lay one. But on the positive side, NTUC’s Warehouse Club and Tuas Checkpoint are a short drive/ride away, so your cost of living can be lowered quite dramatically. Another day, another Sengkang BTO launch as the government rapidly converts all those empty plots of land into high-density flats.

There’s not much to say about Sengkang that hasn’t been said already. As expected, there are lots of childcare and school options in the vicinity, plus Seletar Mall is one LRT stop away so you don’t have to go all the way to Compass One to get groceries.

One thing to highlight is the location of this particular BTO. Not only is it right at the doorstep of Thanggam LRT (where the Jalan Kayu strip of eateries is) and across the street from 2 upcoming condos, it’s also geographically more central than other developments in Sengkang.

That’s because it’s actually closer to Seletar and Yio Chu Kang than Sengkang proper. In fact, it’s roughly equidistant between Sengkang MRT and Yio Chu Kang MRT (a.k.a. civilisation) which opens up your transport options, especially if you drive a car.

Also, the Sengkang BTO also has all the flat types, so everyone – from singles to multi-generational families – can apply here.

Dying to ballot for the BTO of your dreams? Well, just head on over to the HDB BTO Feb 2019 microsite.

The application period is from 12 Feb to 18 Feb 2019 (midnight). So you have about a week to review all the information and (more importantly) prices for the BTOs on HDB’s website.

Within this week, you can submit your HDB BTO application online together with a $10 admin fee. As long as you submit your application within the timeframe, you have an equal chance of getting a flat in HDB’s “lucky draw” ballot.

Should you be one of the lucky winners of a BTO, you’ll be notified and asked to come and choose your unit.

Note, though, that you can only apply for 1 town at a time. If you need a place very urgently, don’t go and choose the Kallang/Whampoa one lah. It’ll be quite a gamble. You’re better off with Jurong West (though it’s also very hot) or better still, Sengkang.

Here’s the complete guide to applying for an HDB BTO.

At the same time, HDB is also offering 577 flats left over from previous BTO launches under the ROF (Re-offer of Balance Flats), in case you’re interested in those.

Which HDB BTO are you beo-ing this time? Tell us why in the comments!

Property
Additional Buyer’s Stamp Duty (ABSD): What is ABSD in Singapore & what are the rates? (2022)

Property
HDB Grants Guide 2022 — What’s the Max CPF Housing Grant You Can Get?
Sign up for our newsletter for financial tips, tricks and exclusive information that can be personalised to your preferences!