Visiting Rome, Cologne and London in a Single Trip? Here Are 5 Ways to Choose the Best Travel Insurance

If you’ve been to several McDonald’s outlets recently, you may have noticed their new self-ordering touchscreen kiosks. I love the idea, it allows me to order at my leisure without wasting anyone else’s time except for the unfortunate person who chose to queue behind me. The only thing that annoys me? Your ability to customise your meal is limited. It’s the same with McDelivery online. Like in the past, when I’m dealing with someone at the counter, I could order a Filet-o-Fish without the mayo, or a Coke without ice. I can’t do that with these self-service options. That pisses me off.

Being able to customise something can make a big difference, especially when it comes to products for which there isn’t a convenient one-size-fits-all. Take travel insurance for example, you shouldn’t be expected to pay the same amount regardless if you’re going on a weekend trip to Bali or a safari tour in South Africa.

But what if you’re going to three different countries in a single trip? How much should you be paying for your travel insurance, and which is the best travel insurance for you?

How do I buy insurance if I’m traveling to multiple countries?

Regardless of how many countries you visit, it will still be considered a “single trip” as long as you’re leaving Singapore and returning to Singapore only once. When buying travel insurance, you’ll usually be asked to indicate a single country. Which country should you indicate?

1. Typically, you put the country where you’ll be staying the longest.

This makes sense because you’ll want to be covered at least in the country where you’re more likely to need coverage. If you’re going to be spending a week or more in Japan, for example, but also dropping by Bangkok or Hong Kong for a day to visit friends, you’ll still want to indicate that you’re buying travel insurance for Japan.

In this particular illustration, it’s convenient because Japan is further from Singapore than Bangkok or Hong Kong. But what if you’re going to be spending most of your travel in KL, but making a short trip to Shanghai for a day meeting?

2. Alternatively, you indicate the furthest country you’ll be visiting.

If you’re only going to be spending a day in China, and a month in Malaysia in the same trip, it might make sense at first to buy insurance for the whole month of travel, and indicate Malaysia as your destination country. This reduces your premiums significantly, since indicating China would mean you’d be paying more for coverage you don’t need.

However, the whole point of buying travel insurance is to ensure that you’re covered no matter where in the world you are. If you can afford to spend a bit more on the premiums, then it would be good to indicate the furthest country you’re visiting. After all, the last thing you want is for you to lose your baggage on that one day you’re in China, and then find out you’re not covered because you decided to save a few dollars.

It therefore pays to know if your insurance company has different types of insurance for specific geographical regions.

3. Find out how insurance companies divide your destination countries into regions.

For example, most insurance companies in Singapore like Aviva cover three different regions – ASEAN, Asia, Australia and New Zealand and Worldwide. That means if your travel is restricted to the ASEAN countries like Malaysia or Thailand, you’ll get a cheaper rate than if you’re travelling to India or South Korea. You’ll end up paying the most if you travel outside the Asia, Australia and New Zealand region, so trips to the US and the UK for example will have the highest premiums.

Some companies like Tenet Sompo further divide the regions into four. For example, under Tenet Sompo’s classification, “Area B” includes most of Asia except for Sri Lanka and Pakistan, which falls under “Area C”. “Area C” includes many non-Asian popular destinations like US and UK, but doesn’t include countries in Latin America like Brazil, where last year’s World Cup tournament was held.

But at least you’re still covered in those countries.

As much as we would like to hope insurance companies are paragons of altruism, they’re not. Some simply won’t cover you if you’re planning to travel to certain restricted countries. Countries are often restricted because of unrest. AIG, like most insurance companies, doesn’t cover travel in, to, or even through countries like Afghanistan, Sudan or Syria. Strangely enough, even Cuba is still on the restricted countries list for AIG, even though the US has reopened their embassy in Havana earlier this year.

But just because the country you’re travelling to isn’t on the restricted countries list doesn’t necessarily mean that you’ll be covered for the duration of your trip. For example, if civil unrest breaks out in a country you’re in and gets classified by your insurer as “war”, you might find yourself suddenly without coverage since your policy probably has an exemption for war.

5. Decide if you’re going to be travelling regularly

In this way, you never need to worry about how many countries you’re planning to visit in a trip, because you’ll already be covered for the whole journey. 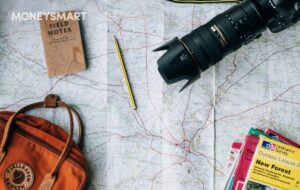 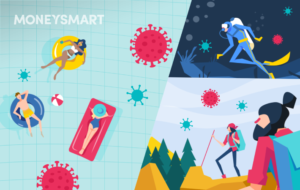 Travel Insurance
Senior Travel Insurance (2022) – 7 Best Plans in Singapore for Elderly Travellers
Sign up for our newsletter for financial tips, tricks and exclusive information that can be personalised to your preferences!