6-Year Revamp for Bukit Panjang LRT: What Else Can We Do To Improve Public Transport There Further?

Whenever I hear someone say they live in Bukit Panjang, I feel like giving them a sympathetic hug.

This is because going into the estate via Bukit Panjang LRT to HDBs in Senja Road or Segar Road is a total nightmare. I can’t imagine having to do it every single day, in and out.

You’d have to take a bus that plies the route down Upper Bukit Timah Road and into the Bukit Panjang area, or take the MRT to Choa Chu Kang and then change to the 20-year old rollercoaster-like LRT (as Khaw Boon Wan puts it), and during peak hour, the roads mentioned above are incredibly congested.

Sure, there’s now the brand new Bukit Panjang MRT station on the Downtown line, but those who live far from the MRT station are still at the mercy of the LRT system.

A few years back in 2016, the authorities say they might do away with the LRT system altogether. Well the LRT might suck, but living without the LRT will be even worse, because residents will be at the mercy of feeder buses and the extremely congested roads.

Even LTA has admitted that relying on buses to get residents to the MRT system may not work given road congestion.

What to do then? Here are three suggestions:

1. Have a bicycle sharing system in Bukit Panjang

The Jurong Lake District was going to have its own bicycle sharing system by the end of 2017. This plan was scrapped with the emergence of private services like Ofo, Mobike and SGBike in March 2017 just one year after the plan was announced.

Basket… now that Ofo, Mobike and Obike are all pretty much dead, will the gahmen revive the plan or not??

The fact that Bukit Panjang is so compact makes it a good candidate for bicycle sharing. People haven’t quite taken to cycling in part because locking your bike at an MRT station is like offering it up as a sacrifice to thieving wolves. Then there are people who don’t want to invest in a bike because they’re not even sure they’ll have the guts to cycle on the roads.

A bike sharing scheme eliminates these problems because people won’t care if the bike gets stolen once they return it, and they get to test drive bike riding in the neighbourhood for (we hope) the cost of a bus ride.

To make it sustainable, the new bicycle sharing system must learn from the failures of private bike sharing systems and come with docking systems to prevent indiscriminate parking, throwing, vandalising, modifying, and whatever else ungrateful users do.

People who live in the Bukit Panjang area should already be familiar with bus services like 190, 972, 966, 700, 960, which take residents to town in as short as 15 mins. These buses are already much better than service 170 and 970 that take a zillion stops, and journeys for 1.5 hours before commuters reach Singapore’s downtown.

Aside from these services, perhaps, bus services for those going directly to the city can be stepped up. While the jams in the Bukit Panjang area are a pain, travelling by the BKE and PIE is not as bad as trying to leave the area by Upper Bukit Timah Road.

There are already 18 City Direct buses running from Singaporean suburban estates to the city, and one of these services actually goes to Bukit Batok and Hillview right next door! It’s really a mystery why the folks in Bukit Panjang don’t have a premium City Direct bus when they clearly need it most.

Thankfully, private bus pooling services are stepping up especially during the peak periods in the mornings and evenings. Sharetransport have introduced a BM1 bus route from Bukit Panjang to Mapletree Business City ($5 and up for a single trip) and there’s also GrabShuttle, via which commuters can suggest new buspool routes. There’s currently a number of routes going from Bukit Panjang to Alexandra Hospital, SGH and Mapletree Business City.

If you manage to create a new route using GrabShuttle between Bukit Panjang and your destination, it’s the best option. But, at $3.50 to $5, it can get rather expensive as a daily cost. This price is similar to what the now-defunct Premium 555 bus used to charge – a flat fare of $4. $4, not to mention $5, is a steep price for a regular bus commuter to pay every day.

Premium bus 722 offers a good middle-ground solution with a relatively low price for a direct route. Otherwise, you can take 971E to the CBD, although your journey will take slightly longer.

The LTA has admitted that the LRT system really, really sucks. Perhaps it’s time to consider extending the MRT system to include those poor folks who are just out of reach of the last stop on the Downtown Line.

The Bukit Panjang MRT station is, as far as most residents are concerned, located in the worst possible place at the far end of Bukit Panjang close to Upper Bukit Timah. For folks living on Segar Road or Bangkit Road, walking to the MRT station could take 15-20 minutes—just a bit too long for comfort. 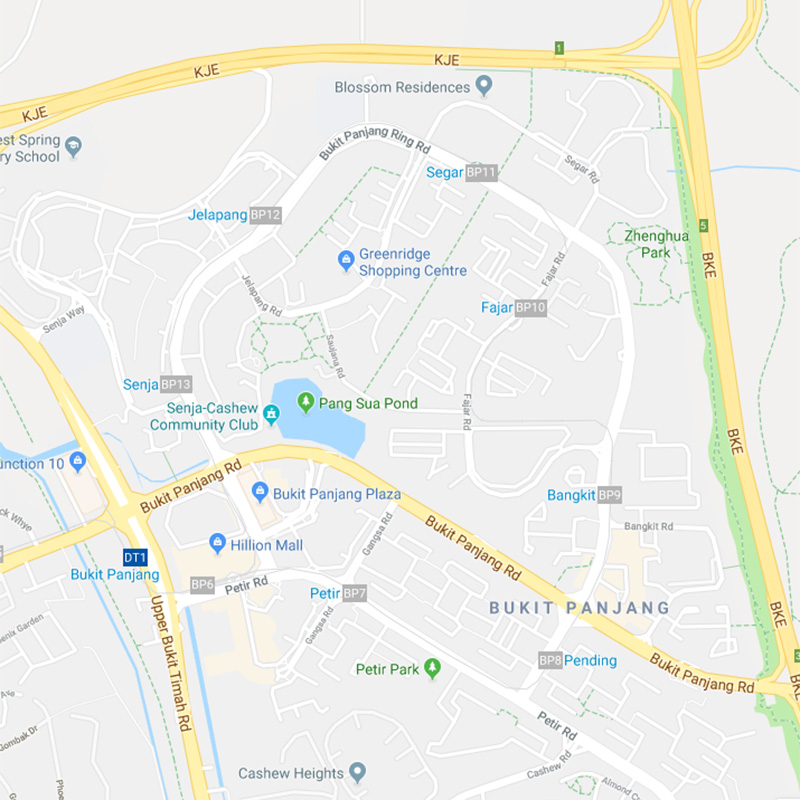 The residents of Bukit Panjang can only pray that at some point in the future, the LTA will decide to extend the Downtown Line by one MRT stop to serve those who live further in, maybe near Segar Road or Zhenghua Park. This was not considered before because of the existing LRT system, but given the state of the LRT line right now, it might be time to extend the line, just like the East West line was extended to include Pioneer and Joo Koon.

Or, we can cross our fingers that 6 years later, the current revamp that BPLRT is going through will actually improve its condition.  19 Light Rapid Vehicles will be replaced and other cars upgraded. The new trains and tracks will have Communications-Based Train Control that will allow precise location, speed and condition of tracks to be tracked.

With rail alignment monitoring, hopefully the train tracks will run smoothly and not cause as many breakdowns and “ride like a rollercoaster” as Transport Minister Khaw Boon Wan put it.

Until then, thank God there’s Grab/Gojek/whatever other ride-hailing app there is out there.

What do you think can be done to improve public transport in the Bukit Panjang area? Share your suggestions in the comments!

What Is SimplyGo (Formerly ABT) & Should You Ditch Your EZLink Card?

No Parking Here: 5 Parking Fines in Singapore You May Not Know About

Transportation
Getting a Driving License at a Singapore Driving Centre 2022 – Costs & Driving School Reviews
Sign up for our newsletter for financial tips, tricks and exclusive information that can be personalised to your preferences!