Inspired by this r/Singapore thread, in which Redditors collectively lose their shit over unbelievably cheap Chateraise cakes and ice cream, we decided to check out several Chateraise outlets to see what kind of bargains they have. You know, for science. 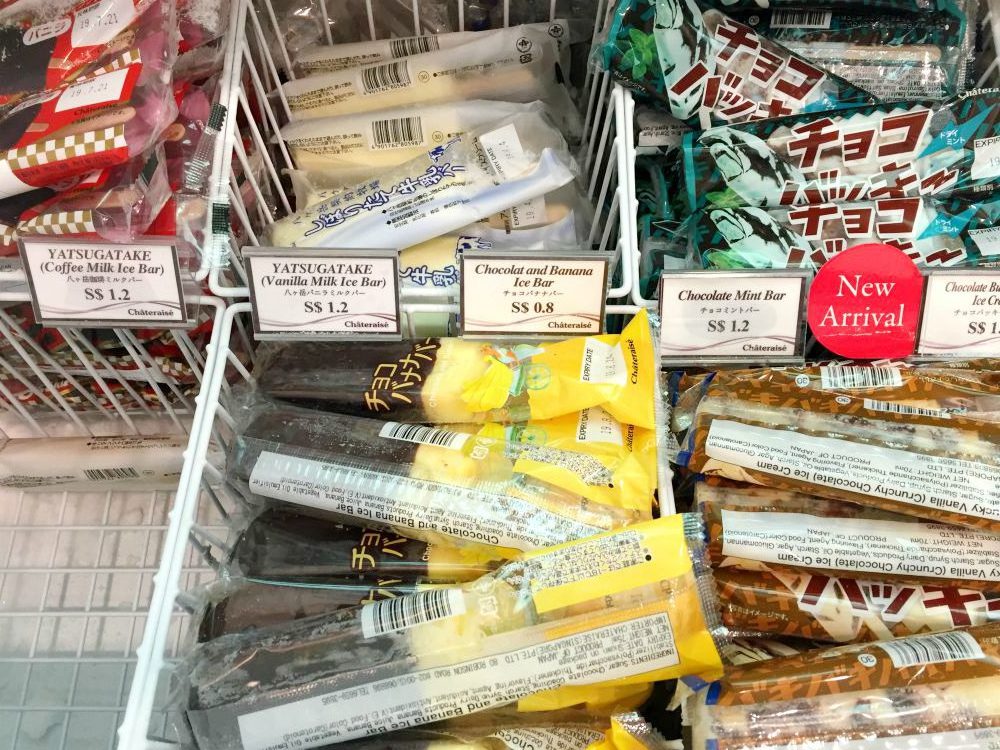 When we visited the nearest Chateraise outlet on a weekday, we saw a suburban mom and her toddlers scooping what looked like 30 of these ice cream bars into a freezer bag. Naturally, we poked our noses into the ice cream chiller and…

When was the last time YOU saw $0.80 ice cream? Not since policemen wore shorts right? And those were the “potong” red bean ice cream kind, not legit Japanese dairy products. 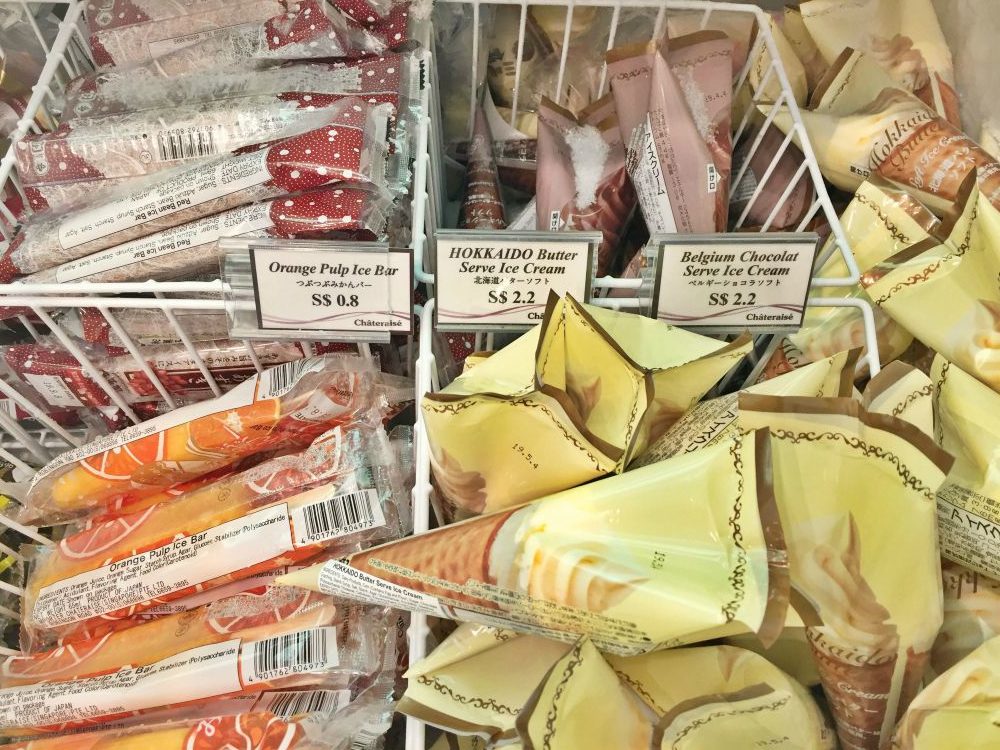 According to said Reddit thread, Chateraise’s Orange Pulp Ice Bar ($0.80) is such a cult fave that it’s always sold out. Guess we were lucky to have spotted a freshly-refilled tub of them.

It’s also worth highlighting the Hokkaido Butter Soft Serve Ice Cream ($2.20). Yes, it really does taste like butter. A definite upgrade from McDonalds’ ice cream cones for sure. 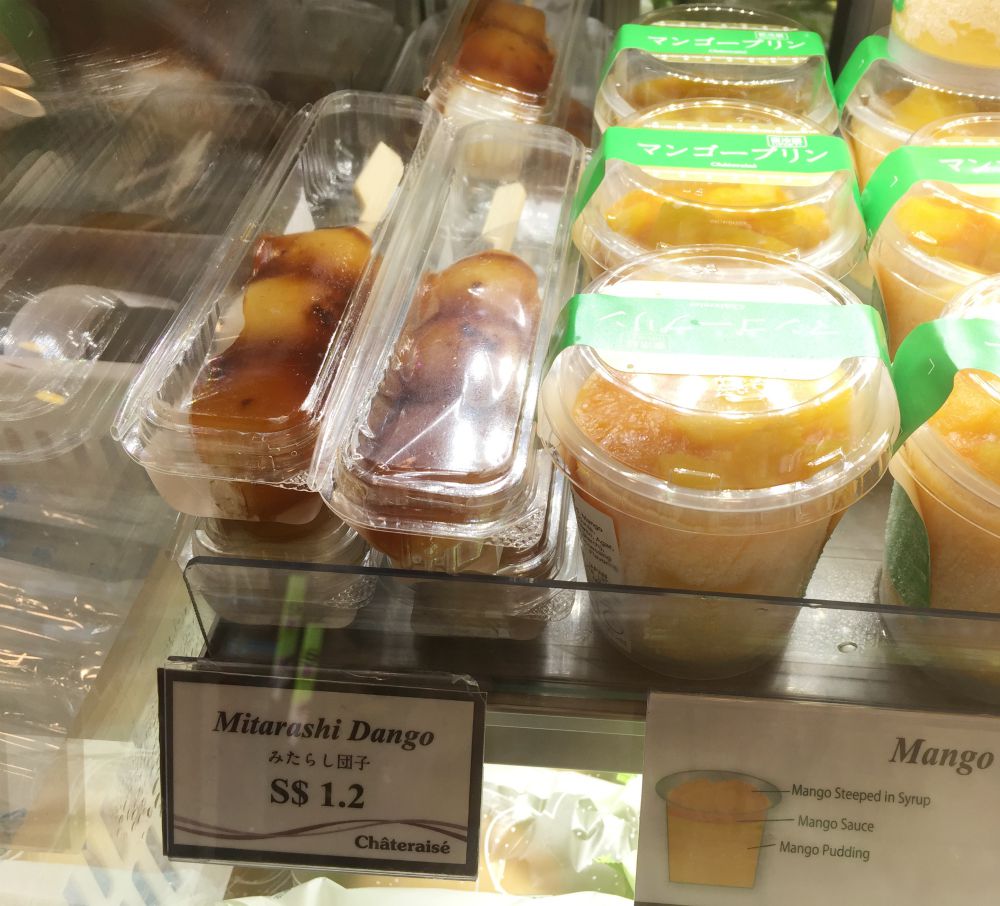 All right, so Chateraise isn’t the only place to sell mitarashi dango – little balls of grilled mochi covered in a sweet soy sauce glaze. Don Don Donki also sells these at 3 skewers for $3.90. Still, if we’re talking about per skewer price, Chateraise’s dango is still the cheapest (and some say the best too). 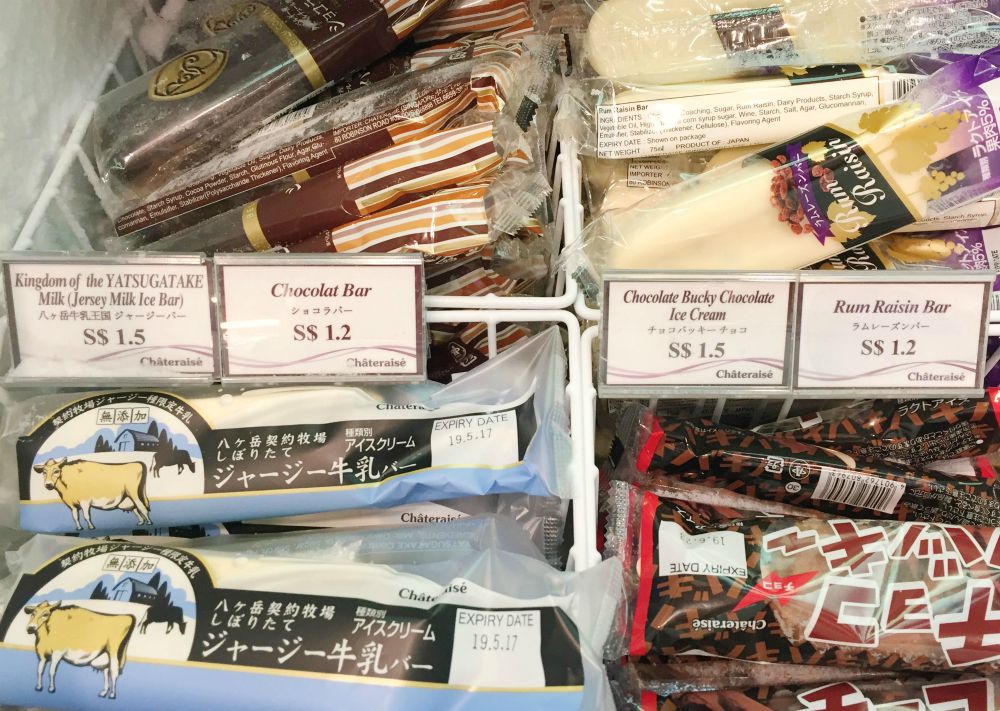 More ice cream bars. If you were wondering how the prices here compare to elsewhere, here’s a quick comparison vs Meiji…

B.C. (Before Chateraise), Japanese ice cream lovers had to buy Meiji ice bars from the supermarket. These are still retailing at $7.50 per box of 4, and Redmart has a promo at $9.95 for 2 boxes (i.e. 8 ice bars). At promotional price, that works out to $1.25 per bar, which is still a bit more expensive than the Chateraise ones – not to mention inconvenient for eating on the go.

The key difference is in flavours. There’s some overlap of common flavours like matcha and red bean, but Meiji has melon and cookies & cream while Chateraise doesn’t. 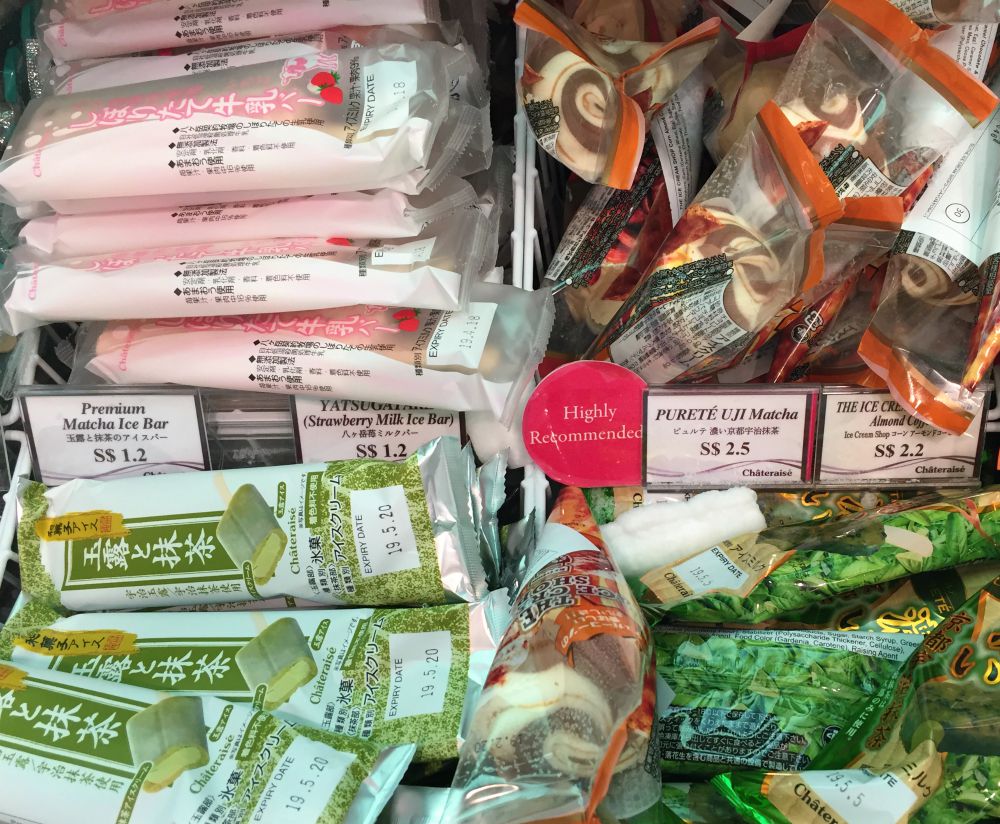 Apart from creamy as hell Japanese dairy products, Chateraise also specialises in matcha flavours. You can trust a Japanese company to do proper matcha ice cream, not that weak-ass Haagen Dazs crap. 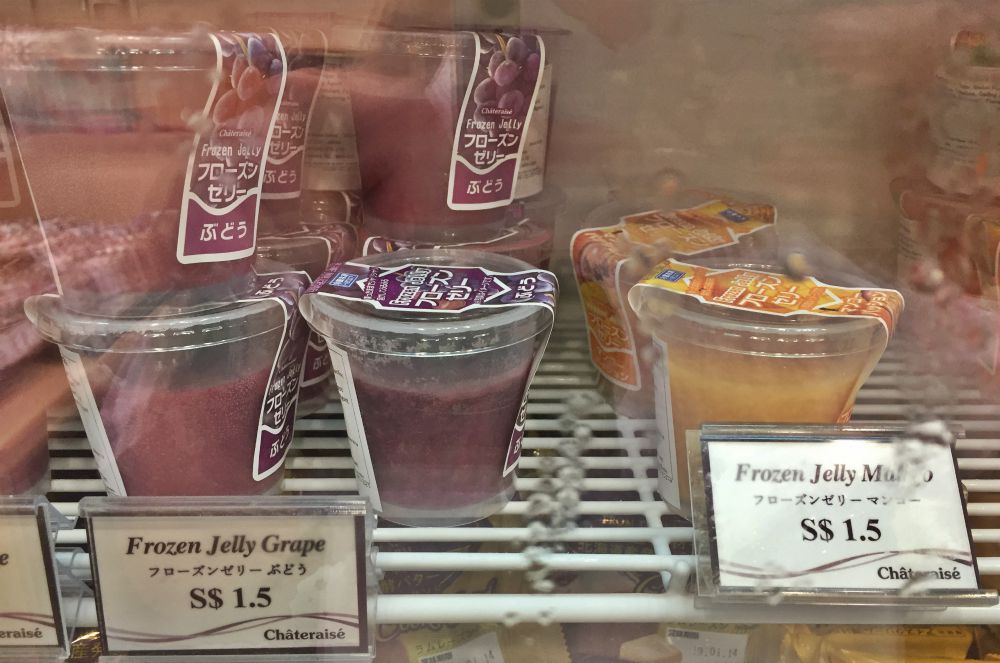 Sorry, frozen jelly isn’t quite as exciting as ice cream, but I thought I’d throw this in here for the lactose-intolerant. 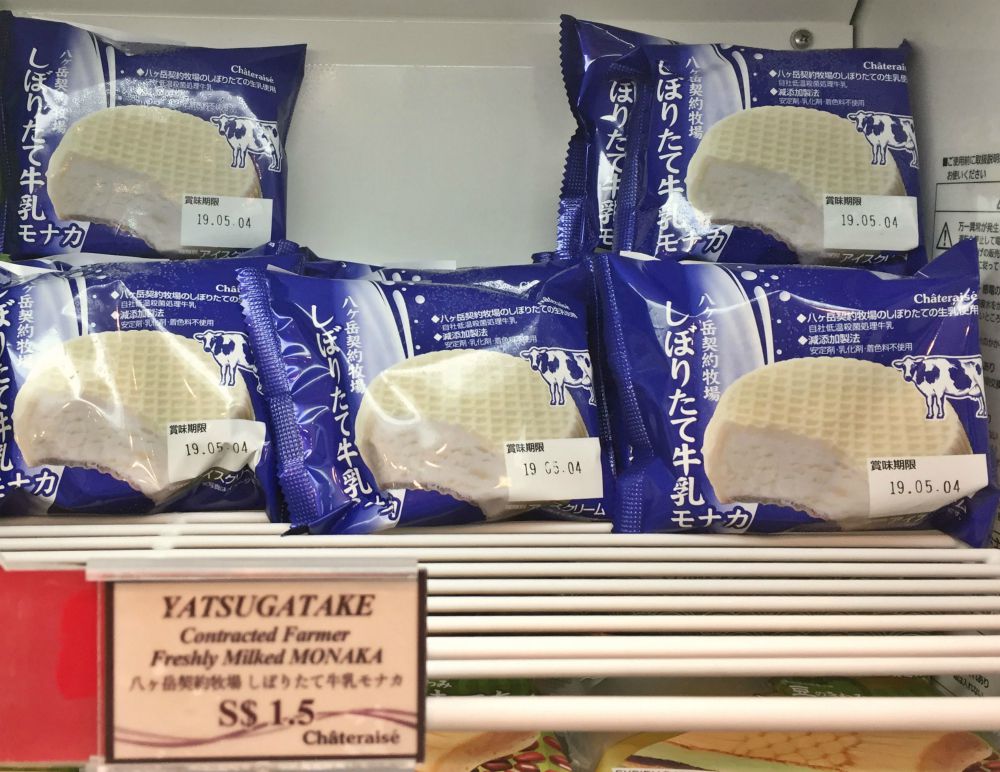 Who doesn’t love a Contracted Farmer Freshly Milked dessert? Here’s what Redditor _meL- had to say about this item:

Seriously, NOTHING BEATS THAT for me. Oh my goodness, the milk ice cream is literally perfect ?? And the condensed milk center JUST MAKES IT EVEN BETTER

You have no idea how much I love it”

For what it’s worth, this appears to be one of the cheapest monaka (ice cream wafer sandwich) available in Singapore. Japanese supermarkets like Kuriya typically sell them at $3 a piece.

I did find a cheaper one from a brand called Toyo, which is 5 for $5.50 on Redmart, but the wafer is in a different style. 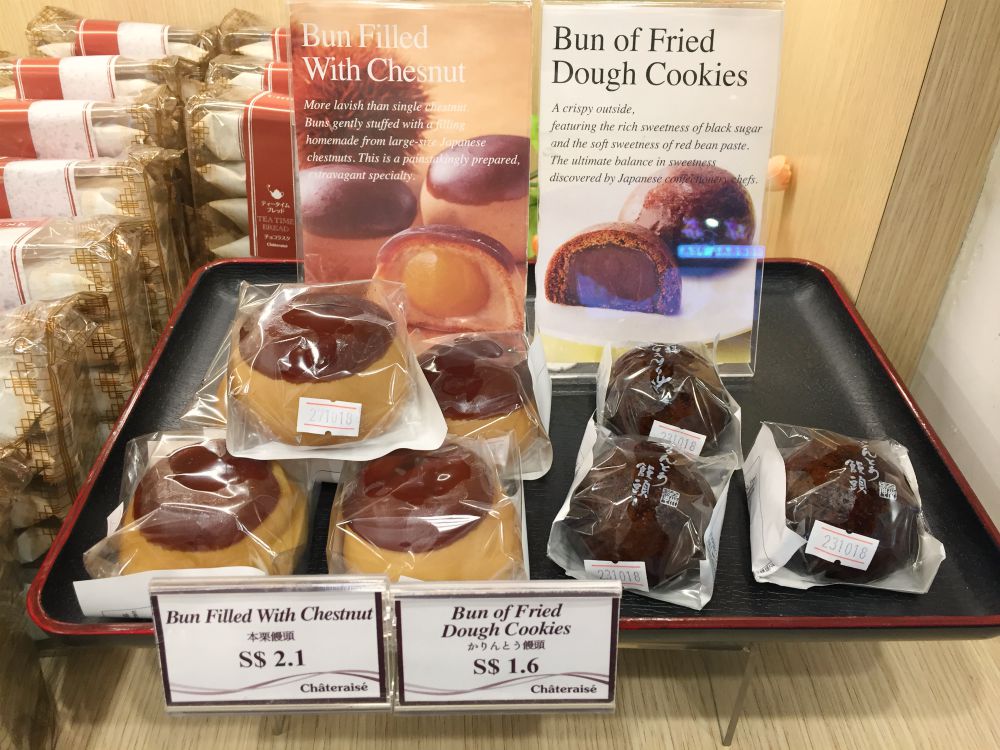 I haven’t tried these babies, but I have a feeling they’re similar to the famous chick-shaped Hiyoko pastries that everyone buys back from Japan. Now Chateraise just needs to come up with a Tokyo Banana Cake and no one will ever need to go to Japan. 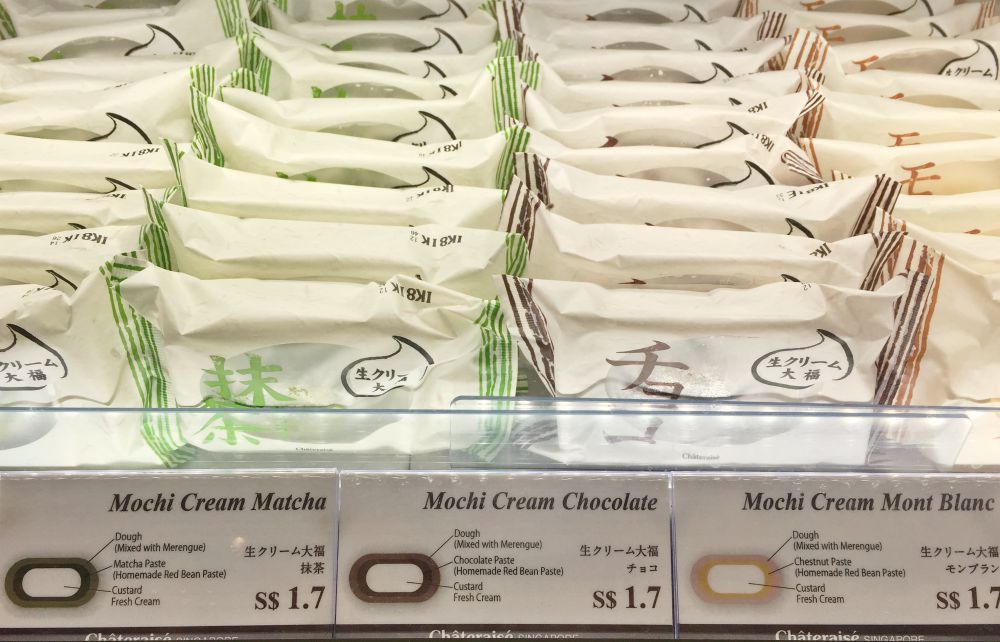 Um, normally I don’t like mochi, but mochi with MONT BLANC filling for $1.70? Sign me the hell up. 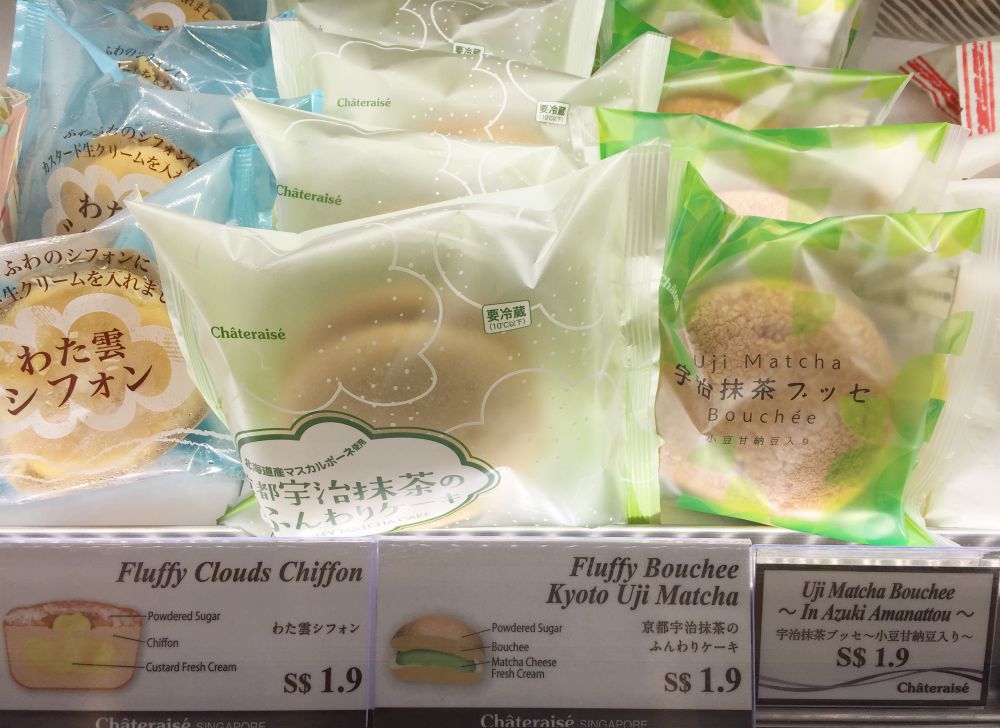 I’m not sure about these Chateraise cake names. Fluffy Clouds Chiffon, I can understand. Fluffy Bouchee Kyoto Uji Matcha is, erm, a little oblique, but the diagram is helpful.

I have no idea what Uji Matcha Bouchee ~ In Azuki Amanattou ~ is, but it sure sounds like a delicious $1.90 experiment. 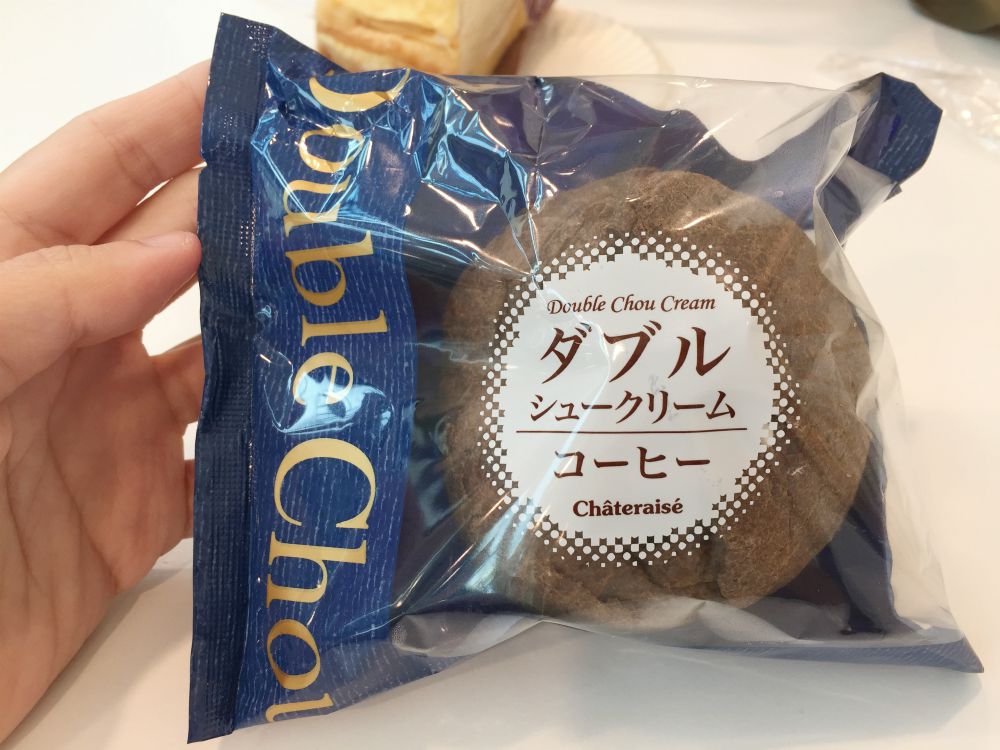 Here’s the famous Double Fantasy cream puff that Chateraise is best known for. I know… this is not a name you ever want to utter in front of your parents. Luckily, the ultra-light and not-too-sweet cream filling is totally PG-13. 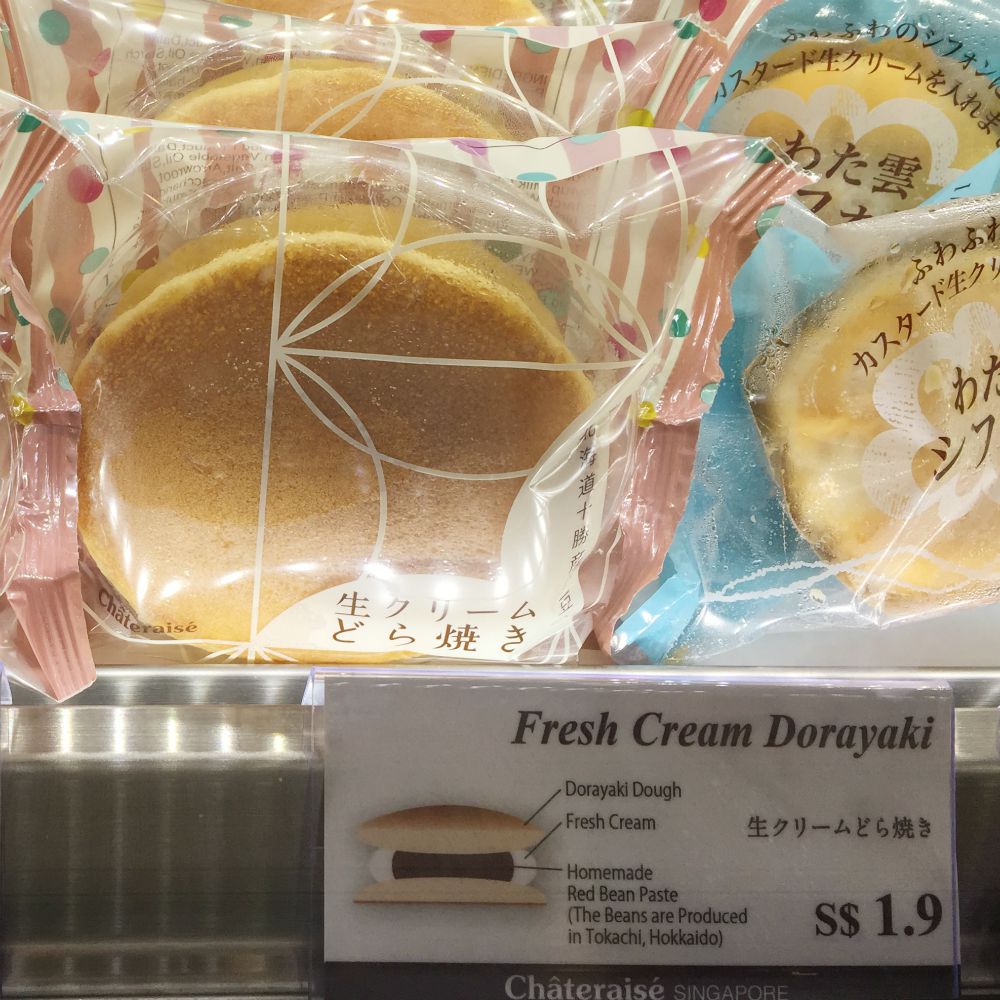 If you don’t love dorayaki a.k.a. Doraemon’s favourite snack, you’re a heartless bitch who’s dead on the inside. This $1.90 version with fresh cream and Hokkaido red bean is a definite upgrade over the overly sweet ones that Four Leaves sells.

Okay, so basically these fluffy cream rolls are the same Swiss rolls you can buy from any neighbourhood bakery, but with a much higher “cream-to-cake ratio” (quoth Eugenia). The amount of fresh cream also means it’s more expensive than, say, Bengawan Solo Swiss rolls ($1.40 to $1.70 a slice), but that’s sort of like comparing apples and oranges.

FYI: these come in full-size rolls too. They cost $14 for original or mango and $17 for Japanese peach or chestnut. 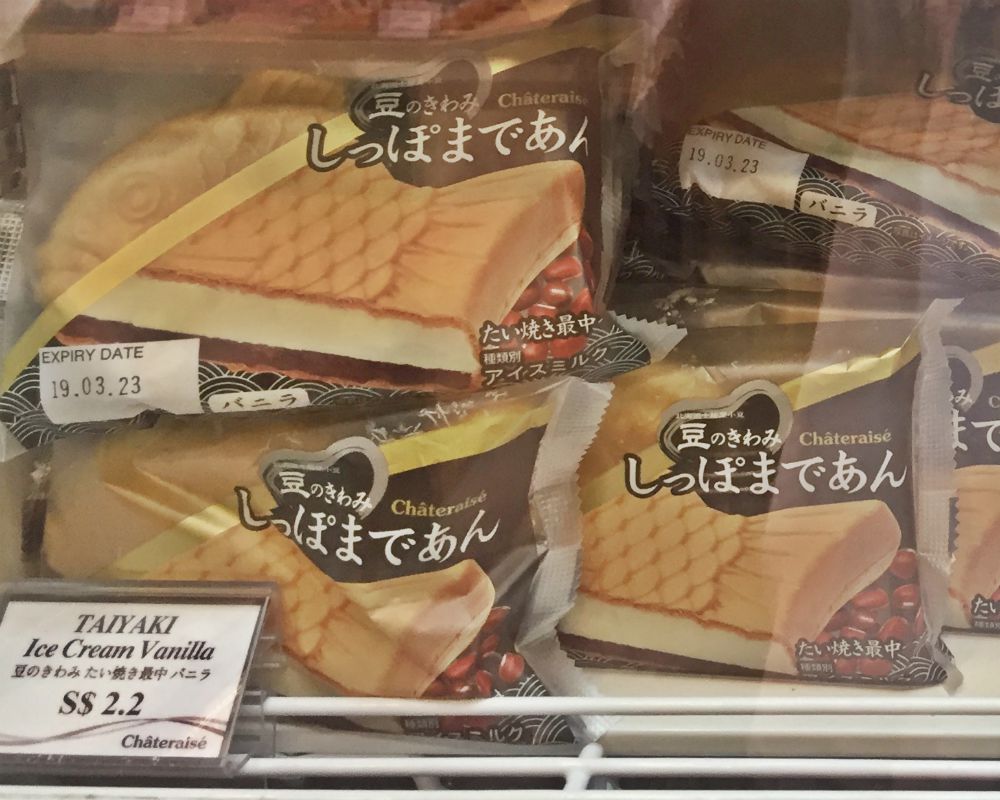 Um, it’s ice cream and red bean paste in a fish-shaped wafer for mess-free eating. What more can you ask for?

$2.20 may seem steep for Chateraise standards, but considering that other prepackaged frozen taiyakis are going for as much as $3.45 a pack, it’s actually quite a steal. 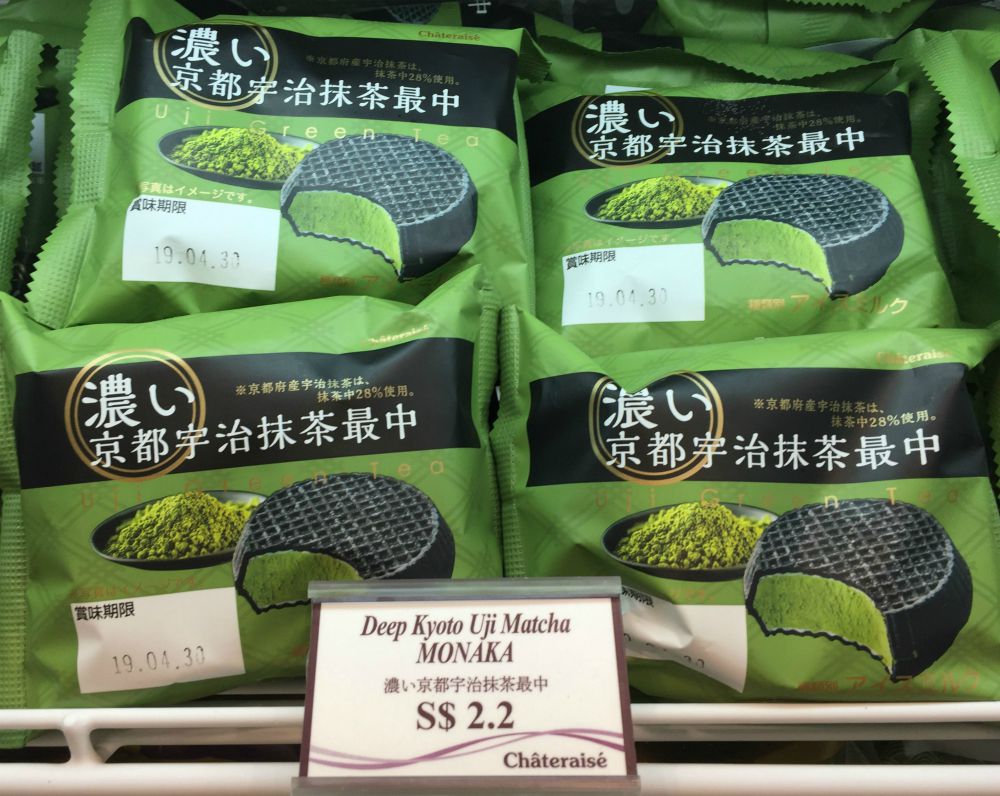 I have no idea what “Deep Kyoto” refers to exactly, but $2.20 for a very gao matcha ice cream seems reasonable to me. 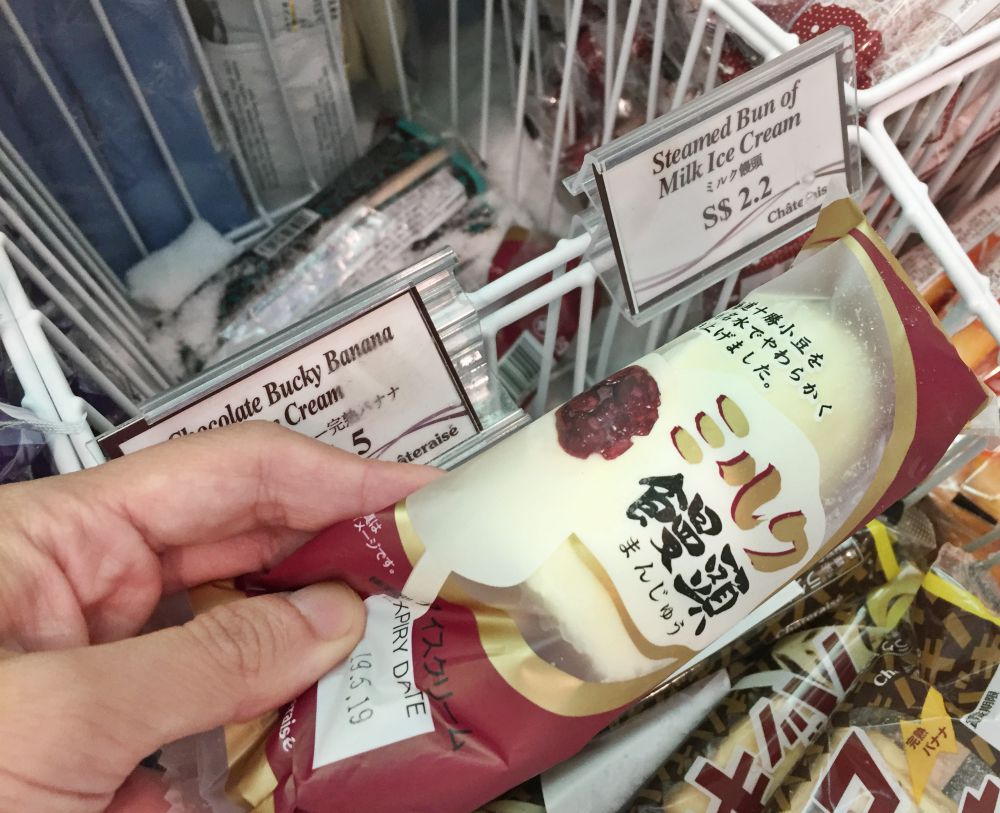 Part of the fun at Chateraise is figuring out what the hell these weird dessert names mean. It took a while, but we finally realised that this dessert mimics a red bean bao with milk ice cream for the bao part and red bean paste on the inside. 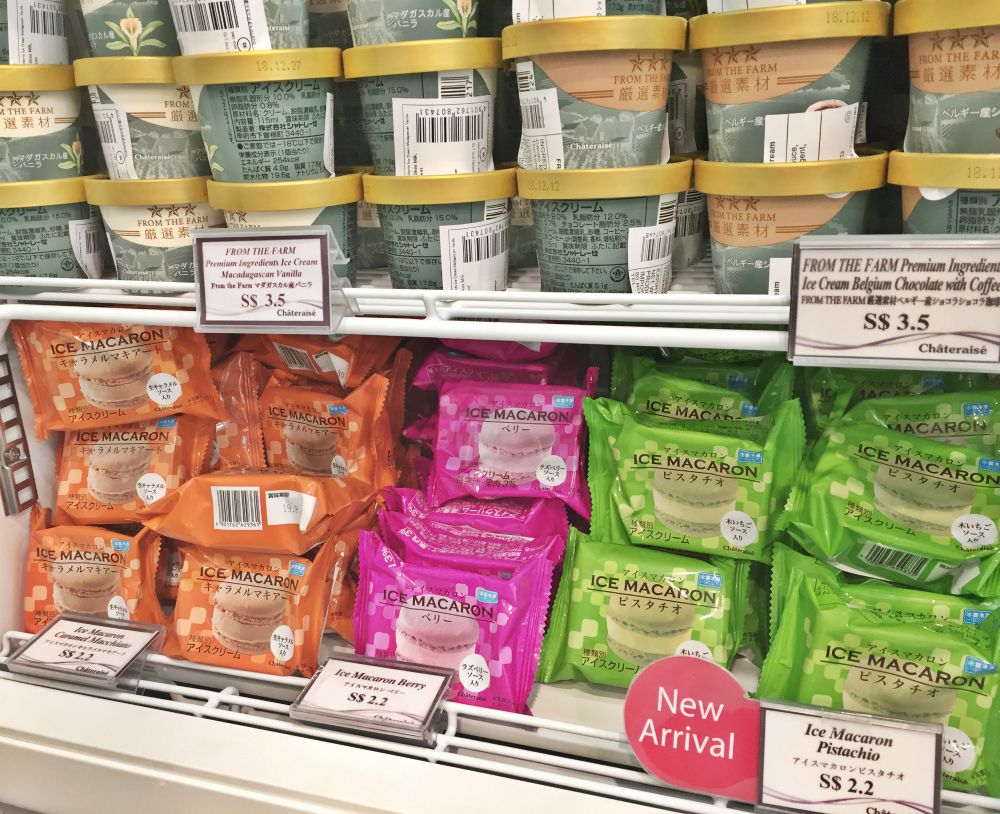 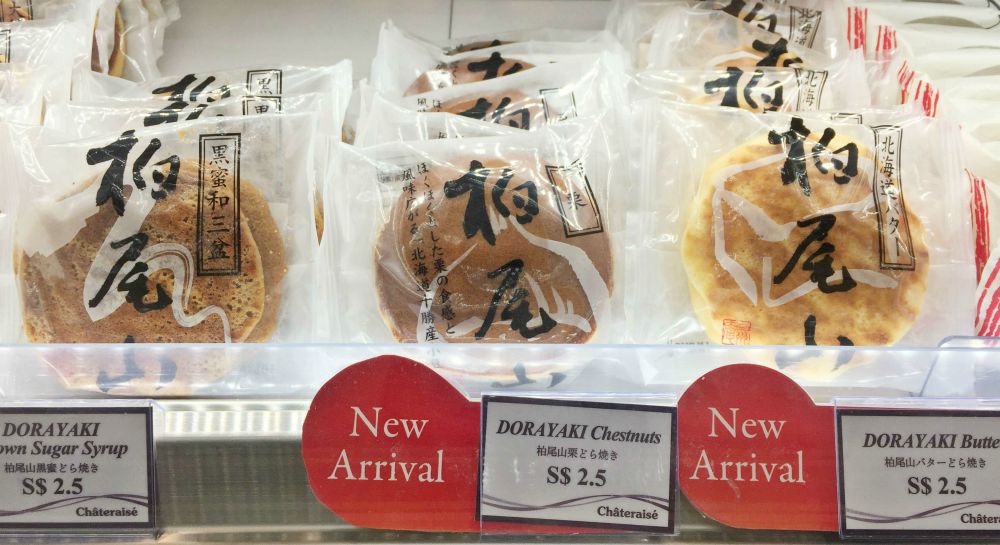 Ordinarily I’d pick the fluffier and cheaper fresh cream dorayaki over these, but Reddit commentor Shadowstrike has endorsed the butter dorayaki with this glowing review:

“It was so amazing at some point 3 different people in my family bought it independently on the same day and we had like 7 of them in the house.” 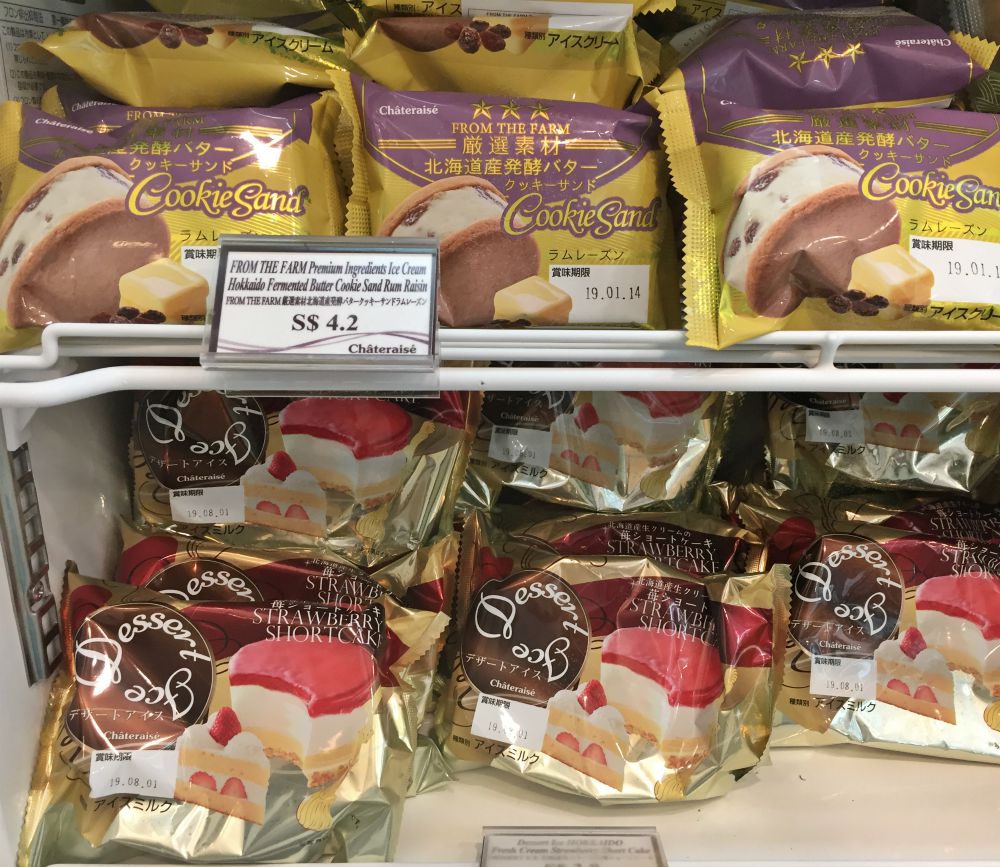 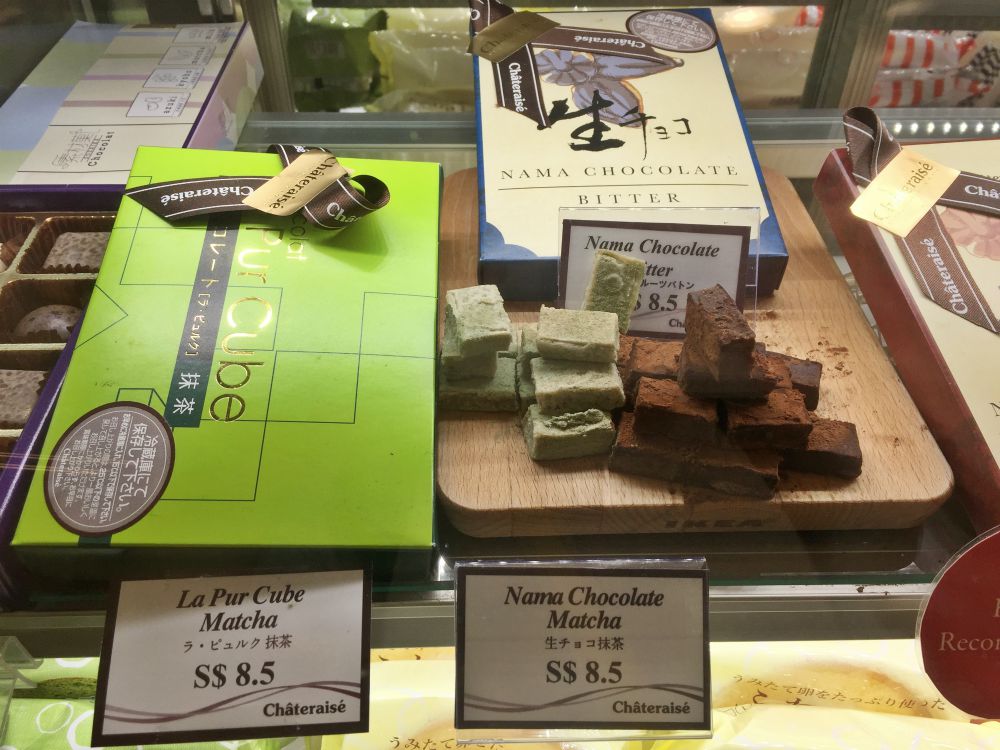 Cannot afford a $15 box of Royce Nama Chocolate? Chateraise does a Royce knockoff that’s almost half the price. Okay, it’s not as pretty or polished as Royce, but really, who cares? It’ll last all of 2 seconds in the office pantry anyway.

That’s only the tip of the Chateraise cake iceberg though…

Lest you come away with the wrong impression of Chateraise as the Daiso of Japanese dessert shops, I must emphasise that Chateraise Singapore also has a wide variety of sliced (from $3.90), individual (from $4.70) and whole cakes (from $20).

This is what the typical Chateraise cake selection looks like: 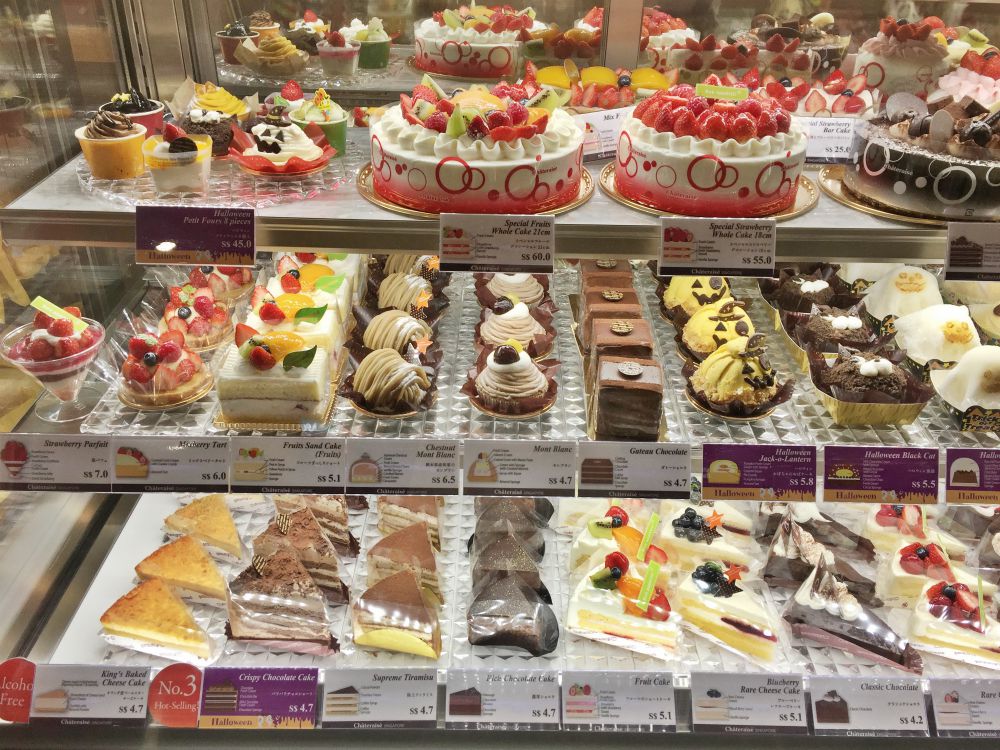 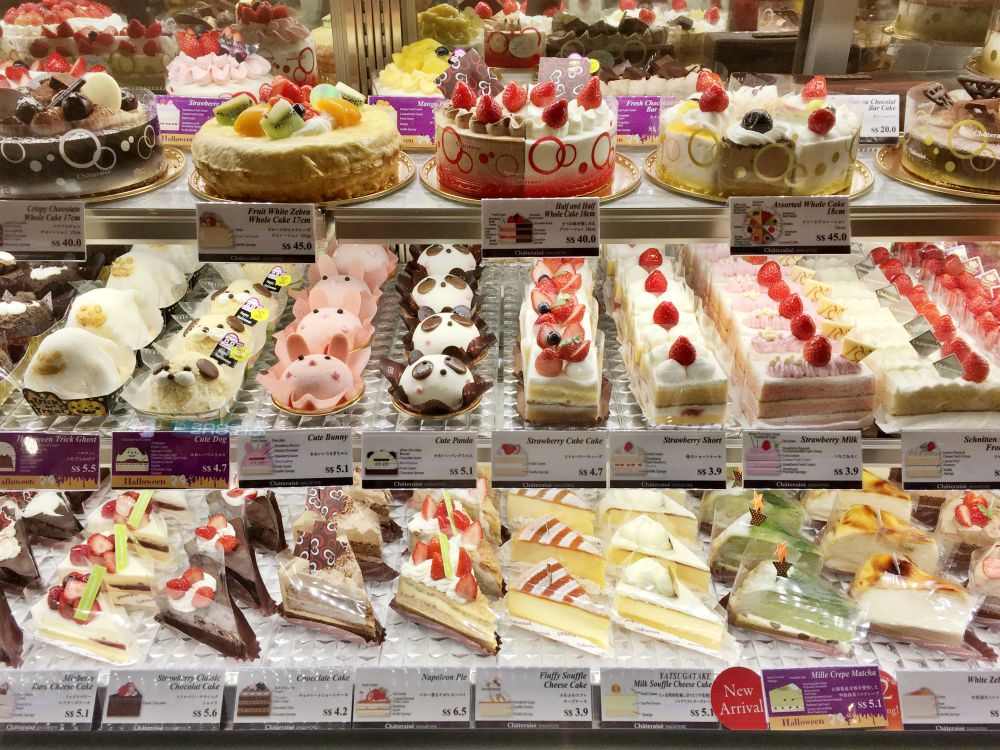 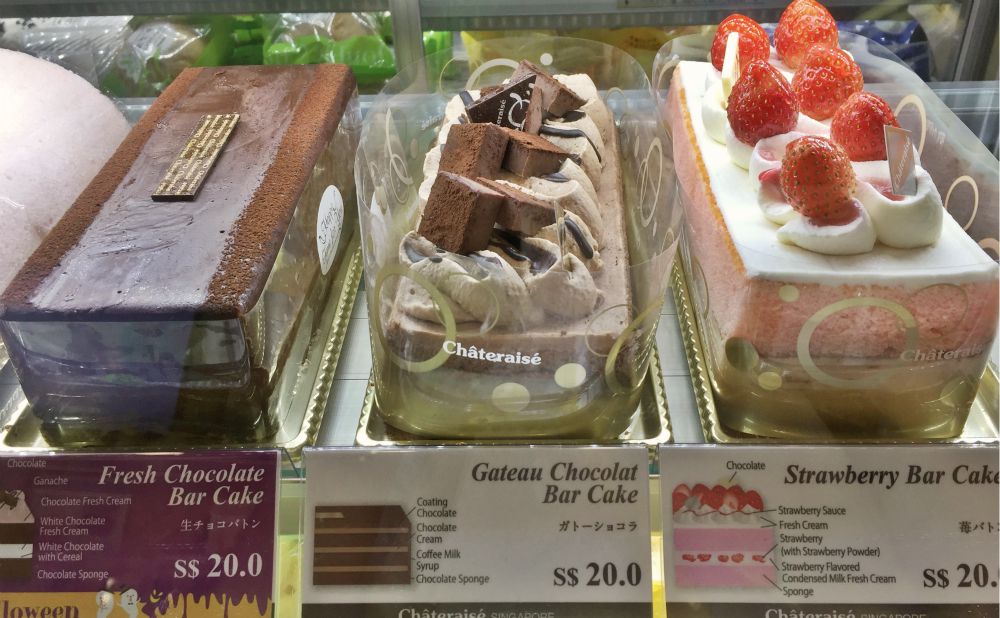 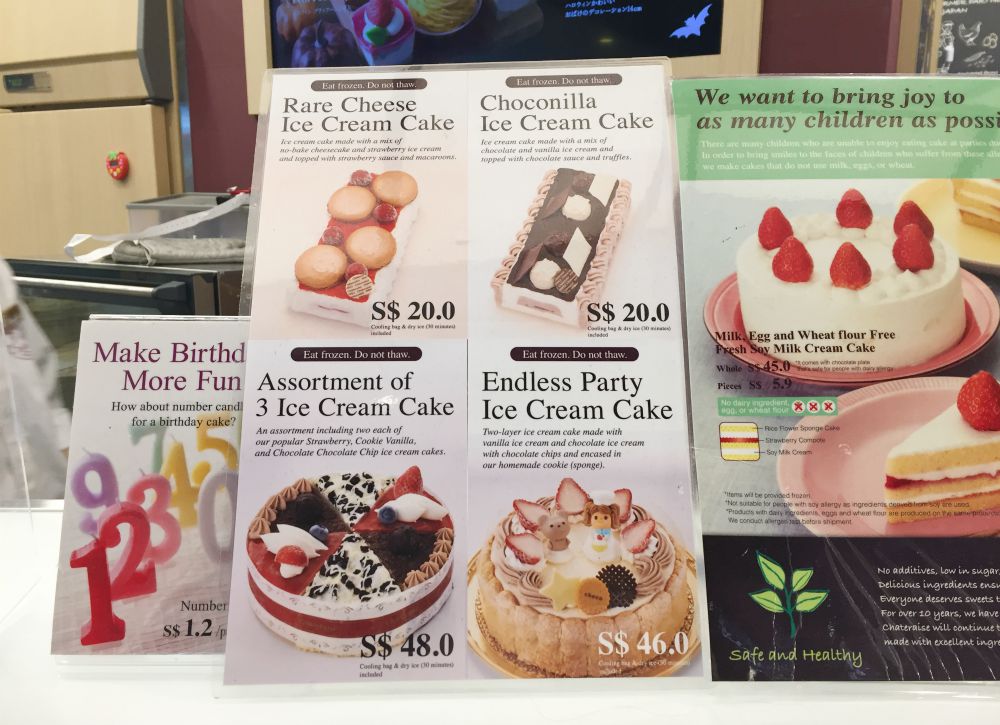 Are you foaming at the mouth already? Then you’ll be glad to know that there’s probably a Chateraise outlet near you – yes, even if you live in Punggol! Here’s a list of Chateraise outlets taken from their Facebook page:

By the way, the only Chateraise outlet in Singapore with seating that I know of is the one at Toa Payoh HDB Hub. It’s tiny though: 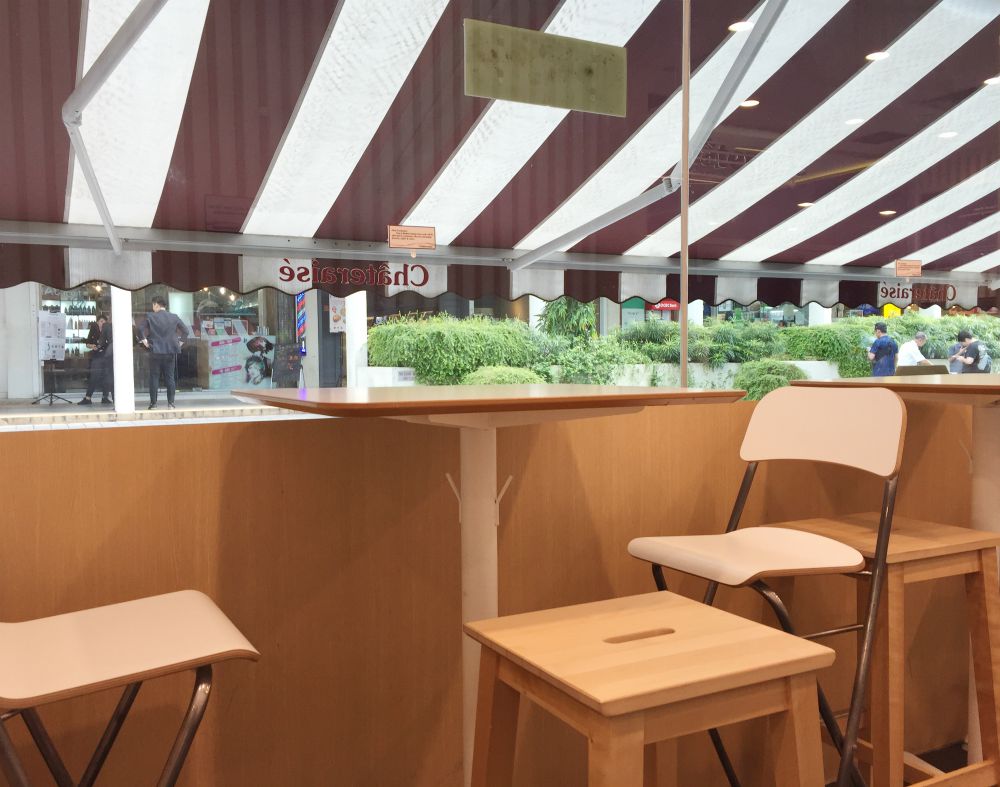 This Chateraise outlet also has a full-blown Chateraise Cafe, with drinks supposedly made from Hokkaido milk. Menu below: 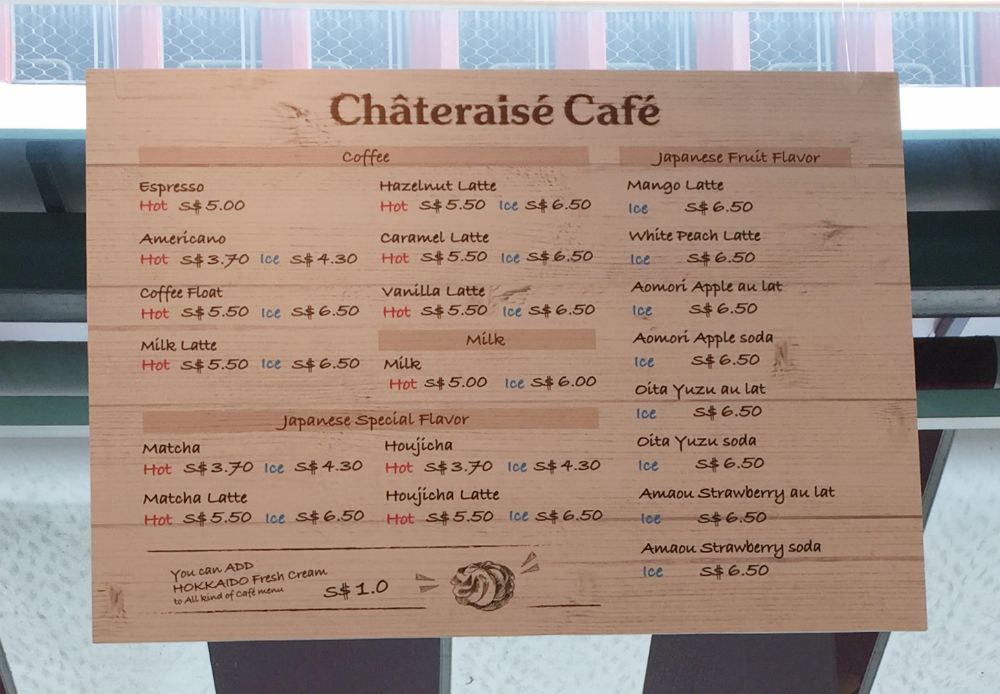 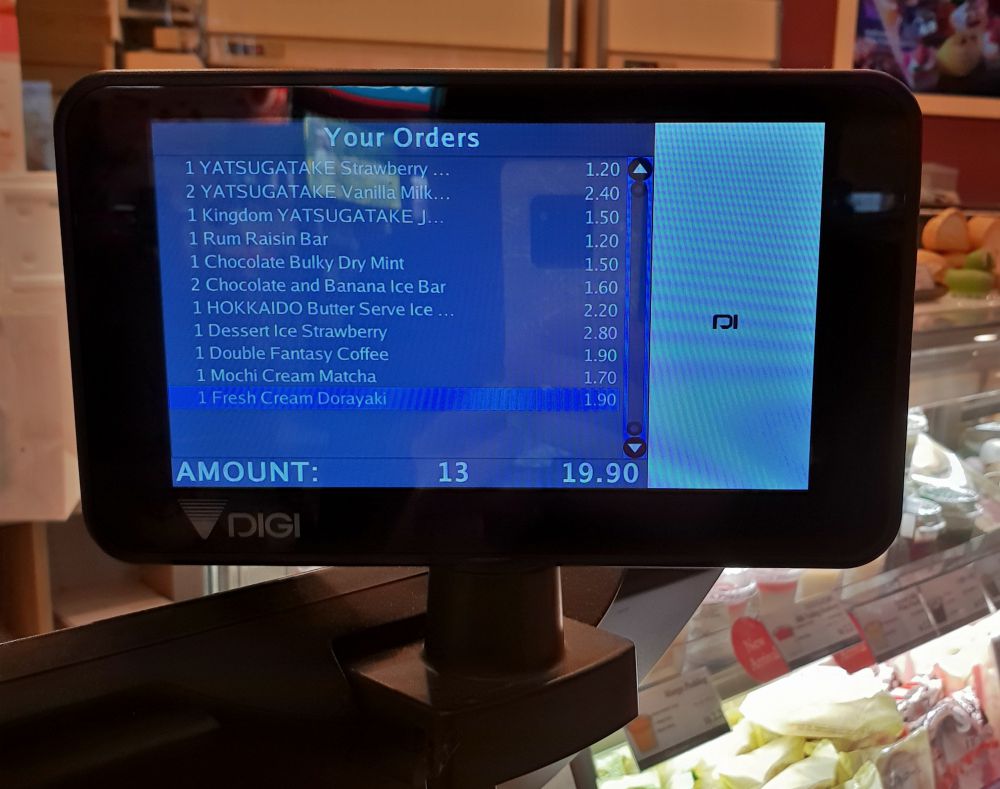 Did we miss out your favourite Chateraise cake or dessert? Heaven forbid. Tell us about it in the comments!

Bubble Tea in Singapore: KOI vs LiHo vs Gong Cha vs TaiGai & More