I really have to hand it to Dyson for designing a vacuum cleaner that’s so out there, even men want to buy it.

Lest you think of James Dyson as some kind of power cleaning messiah who devoted his life to finding total cleanliness, this New York Times interview shows us that he’s just an ordinary bloke to designed the famous handheld “cyclone” vacuum purely for the heck of it.

In fact, he seems kind of befuddled that people actually want to buy it.

You and me both, James… As much as I love a clean home, I can’t imagine dropping a four-digit sum on a Dyson vacuum cleaner. It can’t even mop the floor or talk to me in Crayon Shin-chan’s voice.

How much does a Dyson vacuum cleaner cost?

Somewhere in the last decade, sucking up dust from the floor became glamorous — provided you use a luxury vacuum cleaner. And Dyson vacuum cleaners have somehow become the Hermes handbags of the housekeeping world.

Sure, it looks sleeker than the cord-tethered behemoths our parents used to drag around. But am I the only one who thinks it’s insane to pay that much for something that could be replaced by a $2 Daiso mop?

Here are the specs you get for that gargantuan price.

The V12 is one of Dyson’s latest cordless vacuum cleaner models, but it is far from being their most powerful vacuum cleaner. Instead, it’s targeted at people looking for a sleek, light device.

So, it might not be for hardcore clean freaks living in a home blanketed in mite-infested carpeting. However, as far as everyday cleaning on hard floors goes, it’s more than enough.

But none of that matters, because neither you nor I am going to drop a grand on a vacuum cleaner. Fortunately, there are lots of lookalikes going for 10% of the price. Here are some of the most popular models. 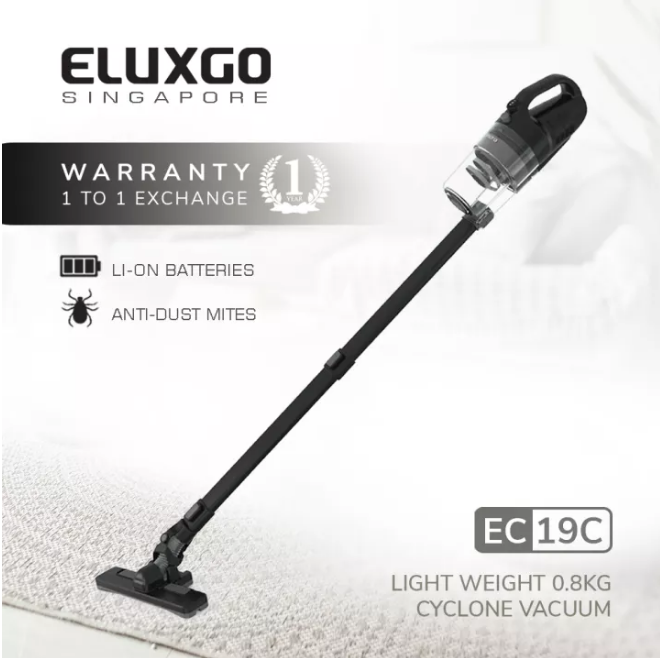 Weighing in at only 0.84 kg, the Eluxgo vacuum cleaner is lighter than a Macbook Air. If you’re excessively frail or intend to travel with your vacuum cleaner for God knows what reason, this extreme lightness might be a plus.

In terms of performance, Eluxgo is pretty weak due to low suction power and a battery life of only 30 minutes. If you’re a university student looking for a device to clean your 8 square metre dorm room with, this might suffice, but otherwise, just spend another $13 and get the Airbot.

Despite its low price, the Airbot Supersonics device actually looks quite cool, so you won’t have to rush to hide it in the cupboard when your in-laws come over. It even comes in red to channel some of that Ferrari-esque sex appeal.

It’s certainly not as powerful as the Dyson V12, but so long as it does a reasonable job sucking dust, nobody really cares. In terms of power, Airbot uses a different measurement than Dyson, but this 25 kPa is an upgrade of their already-popular 17kPa model that users seemed perfectly happy with.

The Dibea vacuum cleaner looks like a chunkier version of the Dyson V12. This is to be expected given the difference in price. You pay $20 for handbag and you get Guchi instead of Gucci.

The top part, where the dust collects, is detachable and can be used as a handheld vacuum cleaner. Overall, it’s similar to the Dyson V12, but a bit worse — slightly less powerful and with a very slightly shorter battery life. But it’s also a whole lot cheaper, so….

The Electrolux Allergy Ergorapido is ugly but efficient, much like its name.

Unlike stick-like models like Dyson V12 that discreetly incorporate the dust-collecting container in the top part of the device, the Electrolux has a clunky dust compartment right in the middle of the shaft that can be removed and used on its own as a handheld vacuum cleaner.

This vacuum cleaner is marketed as ideal for those with dust allergies with a filter that claims to capture 99.99% of micro dust. It’s thus ideal for hypochondriacs who need some serious dust busting. 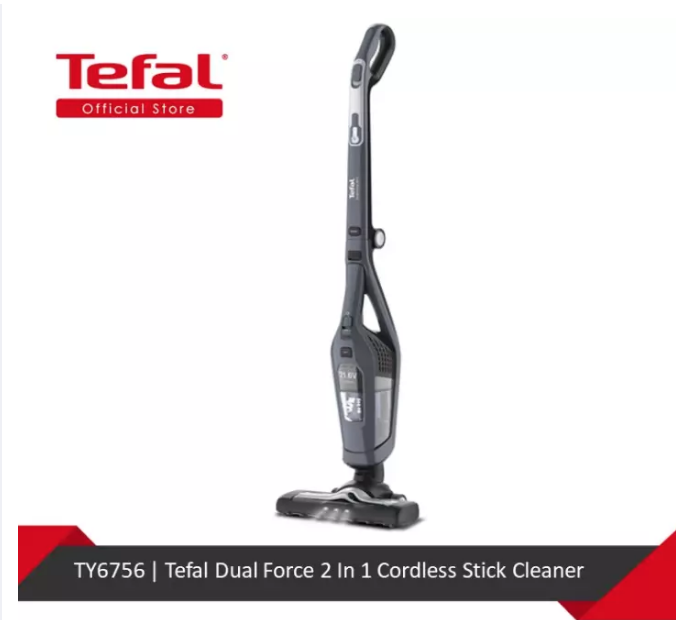 They call it a “stick” cleaner, but with the big, fat detachable handheld vacuum component sitting unglamorously in the middle of the shaft like a pimple, the name of Tefal’s device is a bit misleading.

Considering it costs over $200, the specs are, frankly, disappointing. But on the bright side, the “stick” can be folded in half for easier storage so the ugly device stays out of side, out of mind.

Xiaomi as a brand is single-handedly trying to reverse those Made in China stereotypes. And with the Wireless Handheld Vacuum Cleaner, it looks they’ve they’ve succeeded once again to make a cheaper, high-functioning version of a popular product.

Their Wireless Handheld Vacuum Cleaner, which comes in a minimalist white and orange, looks like the fruit of a collaboration with Calvin Klein.

On the downside, at 3.7kg it’s pretty damn heavy, although to be fair unless you’re planning to travel the world with it, it’s not going to make much of a difference.

Philips electronics always look like slightly less cool versions of whatever’s popular on the market. The same goes for the SpeedPro Aqua, which mimics the Dyson V12’s silhouette but doesn’t quite get the aesthetic right.

Main specs that gives the Dyson V12 a run for its money include its comparative battery life, which runs up to 50 min on Aqua mode, and its larger dust capacity of 0.4 litres vs Dyson’s 0.35 litres. If those factors aren’t that important on you and you’re actually willing to spend over $500 on a vacuum cleaner, you might as well just get the Dyson.

Get more out of your hard-earned cash by using one of the following online shopping credit cards to pay for your new vacuum cleaner:

Stand a chance to be one of the 3 lucky winners of our 100% Cashback Lucky Draw when you shop at the MoneySmart Membership store with your Citibank Credit Card!
Valid until 30 Nov 2022

Cashback on Online & Visa Contactless Spend
Up to 5%
Cashback cap
Up to S$75
Min. Spend per month
S$600

on Online and Mobile Contactless spend
Up to 8%
Cash Back Cap per month
Up to S$60
Min. Spend per month
S$600

If you’re looking to buy loads of stuff this year-end shopping season, charge it to one of these instead. These have a flat cashback structure with no cap, so they’re great for big expenses.

Cash Back on eligible spend
Up to 1.5%
Min. Spend per month
S$0
Cash Back Cap
Unlimited Happy shopping! Share this article with any clean freaks you know.

Budgeting
Cybersecurity Breach? This is How Much It Could Cost You

Budgeting
CDC Voucher Merchant List: Where to use & how to use CDC Vouchers?
Sign up for our newsletter for financial tips, tricks and exclusive information that can be personalised to your preferences!