That guy who won $1 million in the lottery and immediately bought a Ferrari might be a victim of lifestyle inflation, the phenomenon that makes one’s spending rise whenever one’s income increases.

But so is that regular Joe who works in an office. Over the years, as his salary creeps upwards, his Toyota gets replaced by an Audi and he stops patronising the neighbourhood swimming complex, having upgraded to a fancy gym in the CBD.

Ingvar Kamprad, the billionaire founder of IKEA, reportedly flies economy, takes the bus and even eats Swedish meatballs at the IKEA café. People tend to be amazed at how insanely thrifty he is. But when you think about it, those are things regular people do, not scrooges. The only thing Ingvar Kamprad has done is not to take a vow of acesticism but simply to be impervious to lifestyle inflation.

While it’s true that Singaporeans are facing increasing pressure from inflation and rising prices, a significant subset of the population, particularly ambitious young professionals, tends to fall into the trap of lifestyle inflation. Here are three warning signs that it’s happening to you.

1. Your old friends spend less than you

One sure sign you’re suffering from lifestyle inflation is that as time passes, you start spending more and more than the people you started out knowing.

While you might be sipping cocktails with Theodore instead of drinking kopi with Ah Tiong these days, the latter holds the key to how much your consumption patterns have evolved.

Look at the friends you were hanging out with back at school, and compare your lives right now. While both of you might have grown up in HDB flats and spent your days fishing at East Coast Park, chances are your lives are very different now.

You might be earning more than your friends, but if your lifestyle and spending make you look like Paris Hilton next to them, you’ve probably inflated your lifestyle quite a bit.

2. Your lifestyle changes each time you get a raise

In the world of the financially prudent, where dragons and unicorns also exist, getting a raise would mean having more money to channel into savings and investments.

However, in the real world, most of us are liable to undergo at least some lifestyle changes when our income rises.

If you find yourself making little changes to your lifestyle each time you get your bonus or yearly increment, you’re most definitely guilty of lifestyle inflation.

That’s not to say adjusting your lifestyle is always a bad thing. If you didn’t have enough money to eat healthily before, we don’t blame you, since the cheapest food in Singapore tends to be unhealthy. In such a situation, using your newfound cash to eat something fresh and not dripping in MSG every now and then might be a good idea.

But thinking of every increase in income as a “reward” at your disposal makes lifestyle inflation a very real danger.

When you were a fresh grad, you might have kept fit by doing laps at the local swimming complex. But if you find yourself contemplating a $150 a month gym membership now that you “can afford it”, you might want to think twice before inflating your lifestyle.

If you think of everything you own as something that needs to be improved in time to come, you’re a classic example of a serial lifestyle inflator. The whole idea of avoiding lifestyle inflation is knowing that what you have is enough for you, no matter how high your income might become.

A typical example of the upgrader is the guy who ditches his Toyota and buys a BMW and then later a Porsche to show he has “made it” in life.

But you don’t have to be spending hundreds of thousands of dollars on a fancy car to be a victim of lifestyle inflation.

One way to determine if you might fall prey to lifestyle inflation is to look around at everything you own, and see if you can identify at least three items you intend to upgrade when you have the money.

If you intend to one day upgrade your Braun Buffel wallet to one from Prada or get your haircuts at a high end salon instead of the neighbourhood hairdresser, it might be time to upgrade your mindset to one that’s more sustainable instead.

Have you exhibited any of the signs that might suggest you’re a lifestyle inflator? Let us know in the comments!

Budgeting
How to Transfer Money from Singapore to Malaysia: 3 Best Remittance Services Budgeting
Covid-19 Recovery Grant 2021: How to Apply for CRG and CRG-T 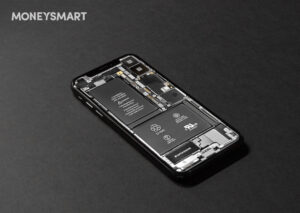 Budgeting
Best Mobile Phone Insurance in Singapore (2021): Which Plan is Worth Your Money? 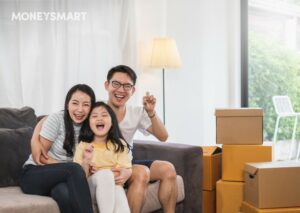 Budgeting
Homeowners, Here Are Some Easy Swaps You Can Make to Save Money

Budgeting
GST Voucher & U-Save 2021: How Much Will You Get & When?
Sign up for our newsletter for financial tips, tricks and exclusive information that can be personalised to your preferences!