Miniso Singapore – The 8 Most Value-for-Money Items to Buy

Miniso is the kind of shop that you walk into expecting to buy stuff, but once you’re in there, you just end up getting lost in a sea of random products. It’s kind of like a cutesy version of Mustafa.

As with Daiso, Don Don Donki and Tokyu Hands, you might need a bit of guidance about what you focus on before you get too sidetracked by adorable plushies and We Bare Bears power banks.

But first, here’s what NOT to buy at Miniso Singapore…

Most people go to Miniso to buy phone accessories, household items or beauty products. But before you pick up a basket and go crazy buying thermos flasks and makeup sponges because OMGSOCHEAP, you should know that some of these items are EVEN CHEAPER in the heartlands.

No, I’m not talking about CK Department Store but this new store called Tian Ma Group, which has outlets at [email protected] and Bishan Central. These shops sell almost the same items as Miniso, but way cheaper! Here’s a sample list of items I saw at Tian Ma the other day:

Of course, Miniso on the whole is much more nicely curated and the items look nice in store. Plus there’s this: 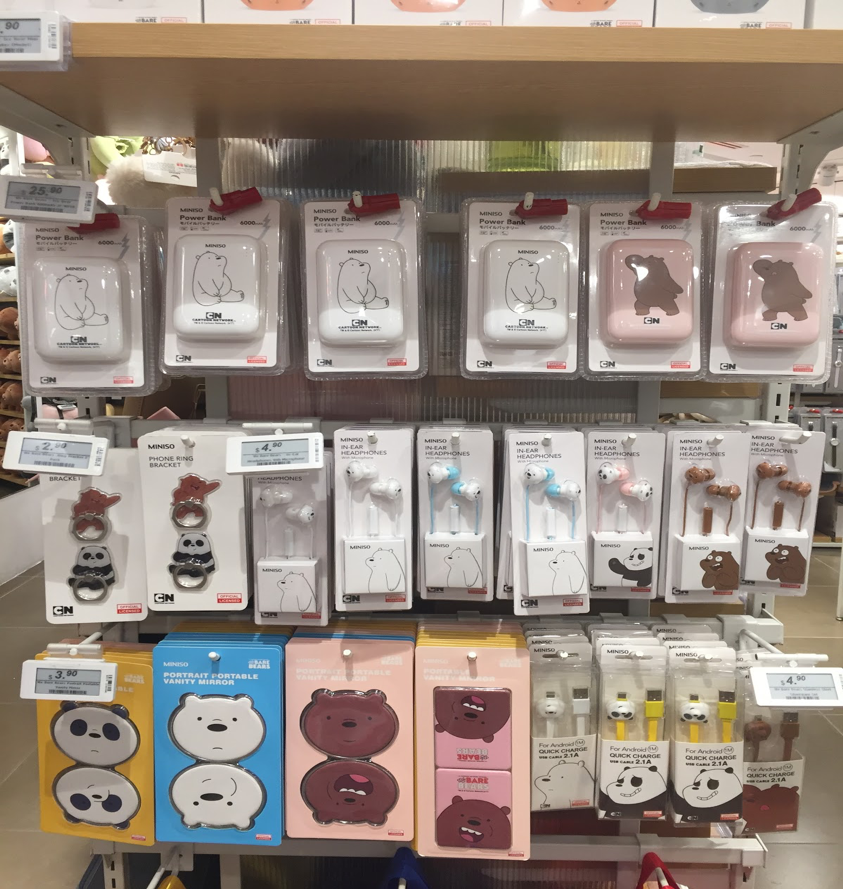 But if you’re looking for cheap deals you should know that you can find some Miniso items for cheaper on Taobao and in stores like Tian Ma.

With that out of the way, here’s what are really really cheap and worth your money at Miniso: 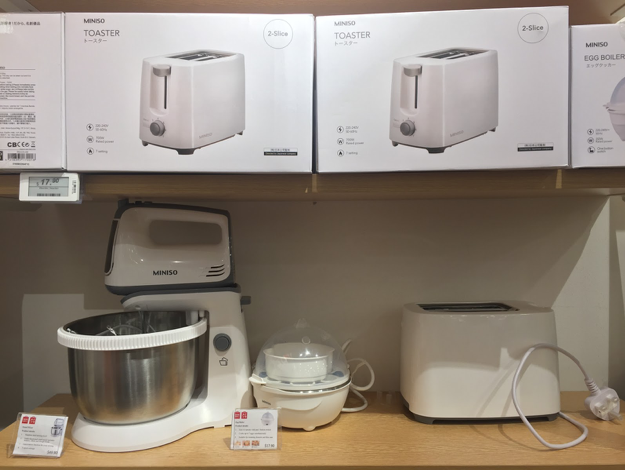 I don’t know what to say about this. Um… It’s a nice white toaster that will go with your Muji-inspired decor? Toasters don’t usually come this cheap; a low-end one from Philips costs $36 on Qoo10. 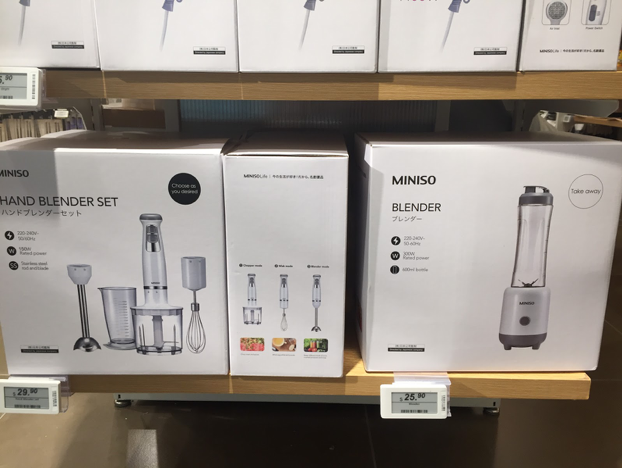 Sometimes you want a decent protein shake with peanut butter and frozen bananas, and your blender bottle just won’t cut it. That means it’s time to get a smoothie blender from Miniso. It’s the kind that detaches into a water bottle after you’re done blending, which really cuts down on the washing-up. It’s no NutriBullet but hey, it’s cheap. 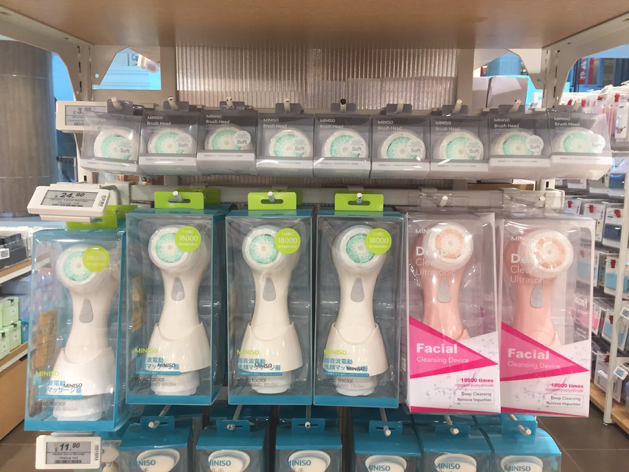 I didn’t know I needed to wash my face with a vibrating brush until I saw this baby. Considering real Clarisonic brushes can cost $200 or more, this is quite the steal! You don’t even have to use it every day – just whip it out for a mini-facial when you feel absolutely disgusting. 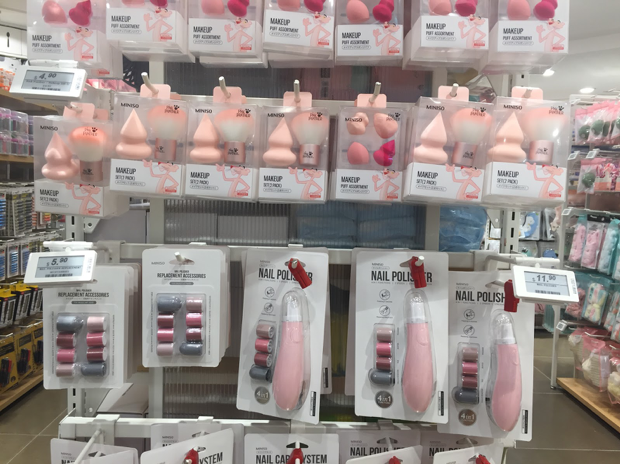 Are you constantly wasting money at nail salons and trying to justify it as “self-care”? You could quit and just let yourself go completely. Or you can buy this electric doodad with 4 extensions – callus removing, filing, buffing and polishing – and have a go at DIY manicures. It costs, what, a third of a salon manicure? 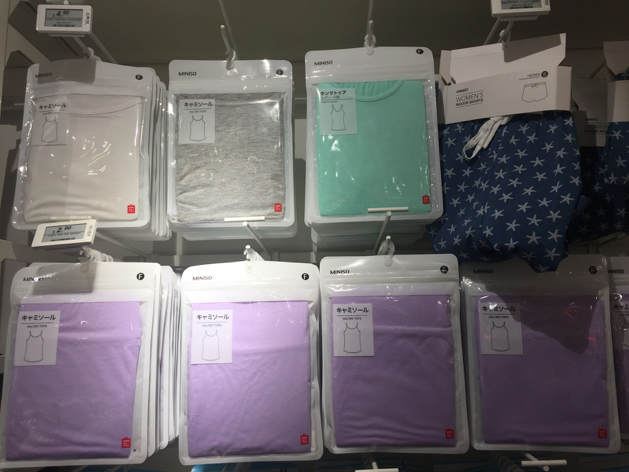 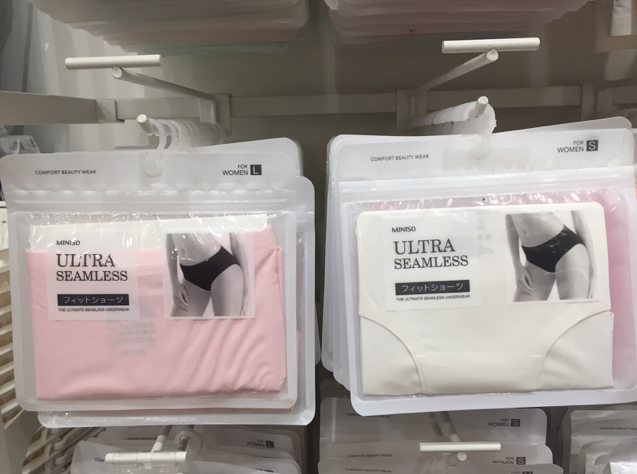 I am as much of a Uniqlo fangirl as anyone else, but sometimes their prices are just dumb. Which is why I was glad to see these extremely blatant Uniqlo knockoffs at Miniso. Check out how much cheaper they are! 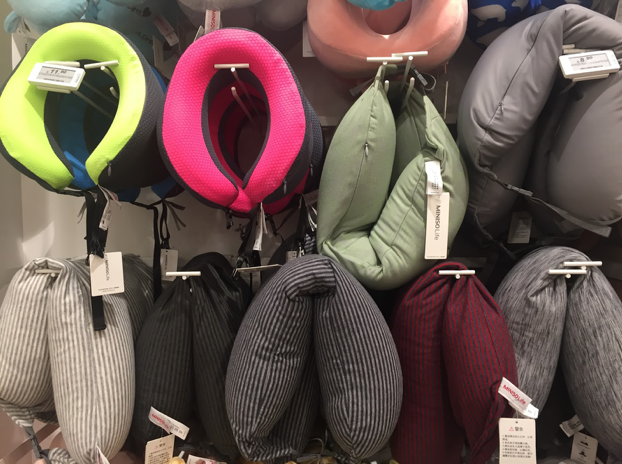 I thought this looked oddly familiar. Ah, yes, it’s that ridiculously-overpriced travel pillow with washable cover from Muji! Only not. The Miniso looks REALLLLYY similar, but it’s not quite as soft. At this price, though, I’ll take it. 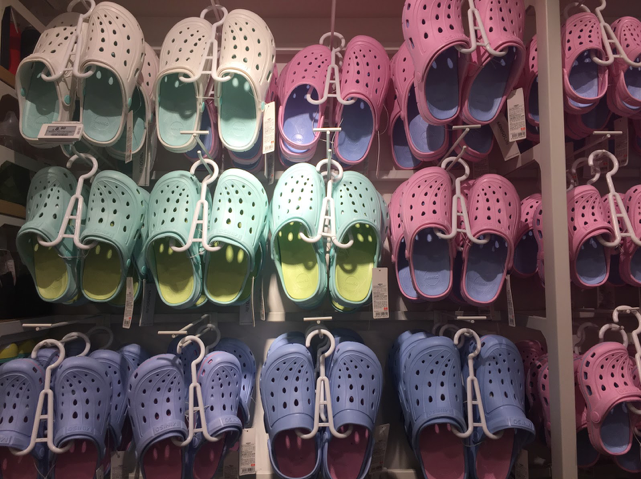 Any chapalang neighbourhood shop would have fake Crocs. But not every shop has these in pastel colours! They’re actually slightly less offensive-looking than the real deal and seem comfy too. And at $8.90, you won’t feel that bad when your significant other inevitably throws them in the rubbish chute while you’re not looking. 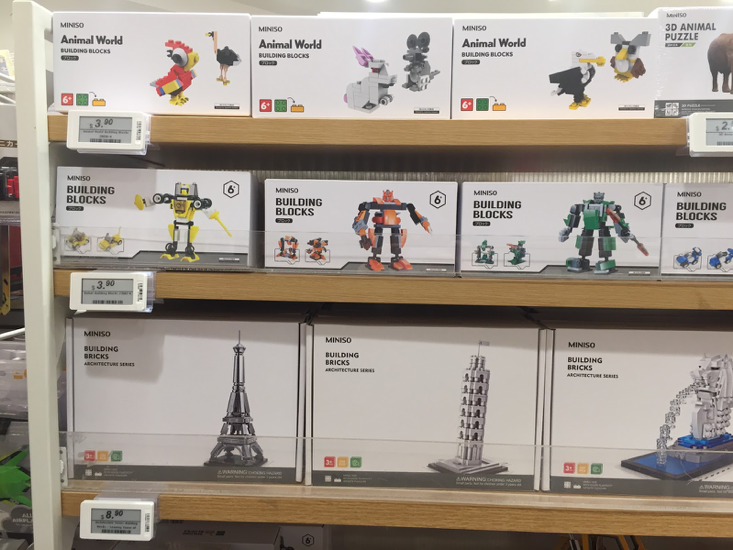 Well, these aren’t as cool as the real Nanoblocks, and I think they’re not as nano because they’re OK for kids 6+ to play with, but at these prices it’s kind of hard to say no to intellectual property theft. In fact I kind of like how the animals look demonic and out of proportion.

In case it wasn’t obvious, this post is not sponsored by Miniso or anyone else and we don’t earn any money from recommending products. We do love their plushies though.

Have you ever bought anything from Miniso? Good or bad? Share your finds with us.