Raffles Health Insurance is one of the lesser known insurers in Singapore, but they are actually one of 7 insurers offering Integrated Shield plans.

We highly recommend getting an Integrated Shield plan if you can afford to do so, as they save you from having to rely on the very bare-bones MediShield Life should you get hospitalised. Let’s see if the Raffles Shield Plan is worth buying.

What are Integrated Shield plans?

All Singaporeans and PRs have a very basic form of government medical insurance called MediShield Life. MediShield Life can offer payouts if you get hospitalised. But that does not mean the coverage is adequate.

MediShield Life is designed to only cover stays in Class B2 or C wards at public/restructured hospitals, so if you stay at a higher class ward or a private hospital, you’ll have to either pay a ton of money out-of-pocket or rely on private health insurance or an integrated shield plan. What’s more, MediShield Life caps its payouts, so you have to be careful not to go over the limit or risk having to pay more out-of-pocket.

An Integrated Shield plan offers protection where MediShield Life does not, with higher claim limits, access to higher class wards and/or private hospitals, and coverage for pre- and post-hospitalisation expenses.

There are 3 tiers of Raffles Shield plans: B, A, and Private. You can add on a Raffles Hospital option to the A plan.

Price-wise, Raffles stands out is with its “A + Raffles Hospital” plan. This allows you to enjoy private hospital treatment (albeit just one hospital) at a lower cost than other insurers’ private hospitalisation plans.

Otherwise, Raffles Shield premiums are average; they are neither the most expensive nor the cheapest among the other insurers. You can see how it stacks up against the other Integrated Shield plans in Singapore here.

A portion of your annual premium (in this case $310) goes towards MediShield Life, while the remainder is for Raffles Shield coverage. The latter component can be paid using MediSave, up to annual limits. For a 35-year-old, the limit is $300 a year.

Raffles Shield comes in a variety of plan types:

We would suggest giving the cheapest Raffles Shield B plan a miss as the mere 90 days of pre- and post-hospitalisation coverage is the shortest period on the market. Check out the other B-ward Integrated Shield coverage here.

If you’re on the A or Private plan, make sure you go to a public hospital or panel specialist as that will affect the amount of pre-hospitalisation and post-hospitalisation coverage you receive.

All Integrated Shield plans offer an add-on called a rider, which allows you to reduce your out-of-pocket costs when making a claim.

The Raffles Key Rider does just that, at a pretty affordable price too (annual premiums vary with your base plan). For a 35-year-old, the rider costs $80 for Raffles Shield B, $138 for A, $254 for A + Raffles Hospital, and $297 for Private. These premiums must be paid in cash as they’re not MediSave-eligible.

You’ll need to either get treated at a public hospital, a panel specialist, or have your treatment pre-authorised in order to enjoy the rider benefits. You can also get daily hospital cash benefit when you opt for a ward that is lower than what you are entitled to.

Raffles Shield enables you to stay at higher class wards or private hospitals, which you cannot do when you rely entirely on MediShield Life, unless you’re prepared to pay huge out-of-pocket expenses.

Another important area of coverage is pre- and post-hospitalisation expenses, which can be considerable.

Going for tests before being diagnosed can cost a lot of money, especially if yours is a rare or hard-to-diagnose condition. After getting discharged, you might also find yourself being charged a lot of money for follow-up visits or rehabilitation.

None of this is covered by MediShield Life, but will be covered by Raffles Shield so long as it falls within the pre- and post-hospitalisation time limits.

Should you get Raffles Shield?

Otherwise, all the Raffles Shield plans offer decent coverage at reasonable prices at all three tiers with above-average pre- and post-hospitalisation cover, provided you are willing to go to one of the private hospitals on their panel or a public/restructured hospital. They’re not the absolute cheapest, but they do offer good value-for-money.

Note that you will need to go through a panel for the upper-tier plans, but we’ve found this to be increasingly common among insurers. It’s a bit of a hassle, but think of it as a way to keep your insurance premiums in check.

Know someone who’s considering Raffles Shield too? Share this article with them.

With So Many Integrated Shield Plans Available, How Do You Decide Which to Choose? 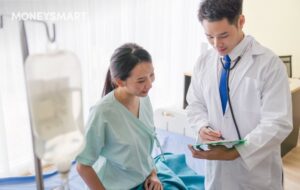 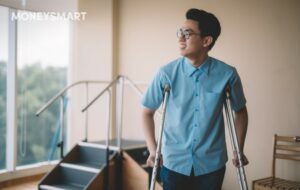 Health Insurance
CareShield Life Supplement: What We Like About Aviva’s MyLongTermCare Plans 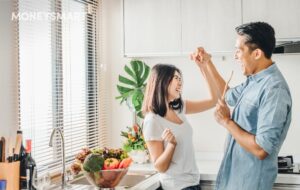 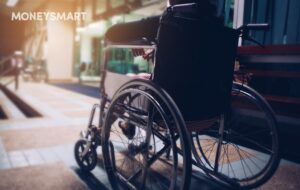 Health Insurance
Living With A Disability: A Singaporean Family’s Story & How They Coped With the Costs

Health Insurance
Critical Illness Insurance in Singapore: The Complete Guide (2021)
Sign up for our newsletter for financial tips, tricks and exclusive information that can be personalised to your preferences!