Expats often look upon adult Singaporeans living with their parents with a mixture of disgust and scorn, regarding them as overgrown babies and freeloaders who are taking advantage of their parents’ generosity and cooking skills. Sure, rent is expensive, they argue, but isn’t paying for your own accommodation part and parcel of growing up?

Now, I’m not saying I don’t wish more Singaporeans would be less clueless about managing their own lives without mum and dad’s approval. But the above view glosses over the fact that many Singaporeans actually do wish they could move out on their own, but are thwarted by a bunch of factors foreigners may not be cognisant of, such as the following:

1. Many Singaporeans give their parents financial assistance

It always annoys me when foreigners assume unmarried Singaporeans who live with their parents are freeloaders.

They clearly do not realise that many elderly people do not have the money to support themselves due to the lack of a pension system in Singapore. As a result, the burden of financially supporting aged parents falls on their children.

In addition, there are scores of Singaporeans who give their parents an allowance, either out of filial piety or because the parents demand it.

The amount of allowance or household contributions Singaporeans give their parents can range from token sum to over a thousand bucks, which is even more than what many renters pay for their rooms in condos or HDB flats.

2. CPF system forces Singaporeans to channel their resources into purchasing rather than renting property

Every month, a portion of each Singaporean employee’s salary gets locked into his CPF account. The funds in this account cannot be accessed until he hits the age of 55, at which time he can withdraw a portion IF he has met the minimum sum (only about half of Singaporeans manage to hit this sum). Then there’s a 10-year wait till age 65 before he can start receiving payouts from his CPF account.

There are only a few ways you can use your CPF money before you hit the ages at which you can make withdrawals or receive payouts. And one of these ways is to use it to pay for property—this applies only to purchases and not rentals.

There are Singaporeans who have over $100,000 in their CPF accounts, but don’t have much cash savings. For these people, the only viable way to obtain a roof over their head is to buy property. But that is obviously not going to happen fresh out of school—for most, it takes years of accumulating CPF funds before they’re ready.

Young couples also tend to face pressure to purchase property as early as possible, before their incomes get too high to receive HDB grants or buy certain classes of HDB property. For these reasons, it’s financially prudent to live with parents until they are ready to purchase property. Renting would set them back by years.

3. Lack of a pension system means part of one’s income must be channeled into retirement savings and investments

When you deduct parents’ allowance and CPF contributions, that doesn’t leave a lot left over to plunge into the rental market.

Due to the aforesaid lack of a pension system, Singaporeans also need to set aside a portion of their income for savings and investments. For many, that means there’s no money left over to rent property, despite seemingly healthy salaries before all these expenses are deducted.

While there’s no doubt that Singapore is an expensive city for everyone, citizens and non-citizens included, the end goals for both groups are different.

For Singaporeans who do not have such options and aren’t earning great salaries, the only financially prudent option is to live with their parents so they can channel their savings into retirement.

Singapore’s property market is geared towards making housing accessible to families wishing to buy property… which is not so good for young singles looking to rent their own places.

Renters both foreign and local who are unable to afford a two- or three-room unit on their own are forced to share an HDB flat or condo with other residents, as the supply of studio or one-room units is relatively low.

There are other factors which make the market less hospitable to renters. The HDB Minimum Occupation Period reduces the supply of HDB flats put up for rent. Short-term rentals are also officially illegal, which discourages landlords and renters who are not ready to make a long-term commitment.

5. Singapore is small enough to negate some of the advantages of moving out

Malaysia might just be a 30 minute drive away, but the relative size of the country means that many locals end up moving out to seize career opportunities in other towns and cities.

Singapore, on the other hand, is so small that there is no such impetus to move out. Many Singaporeans rationalise that there’s no point in paying one third of their salary to a landlord, just so they can live 15 minutes away from their parents.

In addition, the high cost of rent also means that, for those who aren’t loaded, the most prudent rental options tend to be on the outskirts, in inaccessible areas like Punggol or Pasir Ris. For these people, moving out of their parents’ home would probably lengthen their daily commute to work.

Of course, you can’t put a price on the value of independence, and if we’re perfectly honest, a large fraction of young Singaporeans would love the privacy that comes with not having to share a small flat with their parents.

But between those CPF contributions, supporting aged parents and saving for retirement, most do not want to shoulder the extra cost of freedom.

Singaporeans who moved out of your parents’ homes into rental property, what made you do it? Tell us in the comments!

Family
5 Free Ways to Entertain Your Kids During the School Holidays, None of Them Involving Screens (Dec 2021) 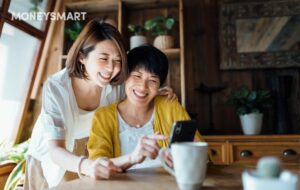 Family
Guide to Sending Money Overseas via DBS Remit for First-Time Remitters — Just in Time for the Holidays!

Family
The Cost Of Having A Newborn Baby In Singapore — Delivery Charges, Doctor’s Fees and Everything Else
Sign up for our newsletter for financial tips, tricks and exclusive information that can be personalised to your preferences!