Google Pay vs Apple Pay vs Alipay – What’s the Difference for a Singaporean?

Head to China and you’ll realise that people there are totally comfortable making payments with their mobile phones. All they have to do is download mobile wallet app Alipay, and then beep their phones to make payments.

But in Singapore, despite all that talk about building a cashless society, mobile payments have still been rather slow to gain traction here.

While mobile wallet systems like Google Pay, Alipay and Apple Pay have been quick to target the Republic and have rolled out local mobile wallets over the past few months, Singaporeans have been cautious about adopting them.

Let’s take a look at three of the biggest players on the market and examine just why we should be using them:

Google Pay, which replaces the previous Android Pay and Google Wallet, just got some new features — and Singapore is the second country in the world, after India, to get this new version.

So far, the app’s main use is to make contactless payment at merchants that accept Google Pay. All you need to do is link your credit or debit card to the app, tap and pay.

Now, you can use Google Pay to send money to anyone in Singapore as long as their phone number is registered with PayNow, even if they’re Apple iPhone users.

OCBC customers were the first to be able to send money to those registered with PayNow via Google Pay. Now, the same is allowed for DBS PayLah! and Standard Chartered bank account holders.

In practical terms, it makes it easier to pay and receive money from friends. There’s also a new Groups function where you can split bills within the app — so no excuses for the delay in returning money!

Another new feature is that you can now check movie timings and buy tickets online from Golden Village and Shaw cinemas. From now till 31 Oct 2020, the convenience fee is waived if you buy your ticket via Google Pay.

And apparently, ordering food has also been a thing on Google Pay since April 2020 and you can get food delivery or takeout from more than 800 eateries.

What we like is also the Rewards function where you get virtual scratch cards that give you cashback when you make eligible transactions.

How to use: Simply download the app, sign in with your Google account and then add the credit and debit cards you wish to use or link your OCBC, Standard Chartered or DBS PayLah! accounts. You can then use Google Pay to make online payments Paypal-style, or use contactless technology to tap your phone at brick and mortar merchants.

Pros: Easy, convenient and fast to use. Can be used on all mobile operating systems.

Apple Pay was one of the earliest mobile wallets to hit our shores, and their target customers have of course been users of Apple devices. They’ve amassed a respectable stable of merchant partners, but it remains to be seen if they’ll survive the competition presented by Google Pay.

How to use: Download the app, create an account and the add your credit card. To make payments, beep your Apple device at payment terminals where Apple Pay is supported. You can also use Apple Pay to make online payments.

Pros: Easy, convenient and fast to use. Can be synced with other Apple devices like Apple Watch and iPad.

Cons: Only works on Apple devices.

Alipay previously launched a Singapore mobile wallet, but that was only available for Lazada purchases and has since become obsolete.

Still, business owners should be aware that offering Alipay as a payment option can still be a good idea, as Chinese nationals in Singapore, whether living or holidaying here, can still pay using their Chinese Alipay mobile wallets.

Although with all the news about Ant Financial, which owns Alipay, applying for a digital banking license here, we can probably look forward to new developments.

Cons: Not available to Singapore customers.

It looks like Google Pay is going to sound the death knell for Apple Pay. The latter’s fatal flaw is the fact that it is available only on Apple devices. But now that Google Pay has integrated PayNow, and offers an even wider range of merchants than Apple Pay ever managed to partner, it makes no sense not to make the switch to the former.

For businesses thinking of which payment systems to offer, Alipay is a strong contender if said business is located in an area frequented by tourists or has a large Mainland Chinese clientele.

Have you ever used any of the above mobile wallets to make payments? Share your experiences in the comments!

5 Tips to Help Singaporeans Survive the Transition to Cashless Payments

Cashless Payments in Singapore – 7 Reasons Why Merchants Should Get Onboard

Singapore as a Cashless Society: Why We Should Be Looking Forward To It 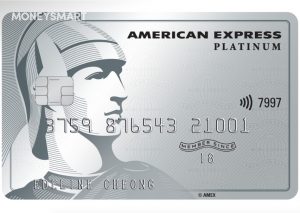 Credit Cards
The Refreshed Amex Platinum Credit Card at a Glance — Save More on Dining & Drinks, Plus Other Benefits

Credit Cards
DBS Takashimaya American Express Card – MoneySmart Review 2020
Sign up for our newsletter for financial tips, tricks and exclusive information that can be personalised to your preferences!