Yes, COE prices in Singapore are at an (almost) 8-year low of $25,556 for category A cars (up to 1600cc). But before you chiong to the nearest showroom and spend all your savings on that Honda Vezel or Toyota Altis, don’t forget the 2nd most important cost of owning a car – your car insurance.

Usually, the process goes like this: Most drivers first decide what car they want to buy (typically based on the cost of the car), and once they’ve bought it, they search for the cheapest car insurance premium they can find.

Since MoneySmart is in the business of helping you compare pesky financial products like motor insurance, here are some insights on the top 10 most popular cars in Singapore, as well as how much it costs to insure these babies.

Incidentally, these 10 cars are also the cheapest cars to drive in terms of car insurance. Heng ah.

The top 10 most popular cars in Singapore – how much would the car insurance premium cost?

Disclaimer: Premiums indicated are averages of those offered by NTUC, FWD and MSIG. The premium takes into account the no claims discount of 50%.

All car insurance premium quotations depend on the unique profile of the driver. For this comparison, we’ve used the following profile of a middle-aged, average Joe:

While the Honda Vezel leads in terms of popularity, but it actually has the 3rd most expensive average insurance premium. It’s even worse for the Mazda 3, which is the next most popular yet has the #1 most expensive premium out of the 10.

If you want the cheapest premium, you should be looking at the Toyota Altis or Vios instead. These Japanese cars are known to be reliable, and have average premiums of only $620 to $850.

If you want a European car, you’ll probably get cheaper premiums if you drive the Golf instead of the Jetta. Do note that for these cars, the variance is quite high. That means depending on the insurer, you may be quoted significantly more.

How do insurers decide your car insurance premium?

Although the car’s make and model matters, car insurance premiums are mostly decided based on the driver’s profile, so get ready for a lot of stereotypes and generalisations.

Here are the top factors that will affect how much you car insurance have to pay.

Is the car Asian or continental?

Continental cars almost always cost more to insure because they simply cost more to buy and repair. When you get into an accident, the total loss of a European car will more than that of a Japanese or Korean car. So if you pick a flashy BMW or Audi, be prepared to pay significantly more than if you had chosen a plain ol’ Nissan or Toyota.

Is the car still under warranty from dealer?

If the car is still under warranty from the dealer, the cost of returning to the dealership for repair is higher. This will push the insurance premium up.

How old is the driver?

This one is quite sian. Young and inexperienced drivers are deemed a risk to the insurers, so that means if you’re a young adult who’s just got your degree and driver’s licence, it’s going to be expensive.

In general, if you’re between 22 and 27 and have less than 2 years experience, your premiums will increase. There’s a loophole here though: Insurers have no way of knowing whether or not you’ve actually been on the road, so to lower your premium, you can consider waiting a few years before buying a car.

Is the driver married?

This one also seems a bit ridiculous to me. Apparently, if you’re married, you’re more “mature” in the eyes of the insurer, and thus are more likely to drive responsibly.

Ahem. I know a lot of married yet maniacal drivers, okay.

Is the driver male or female?

This one genuinely surprised me. Insurers actually believe that female drivers are safer than male drivers, so their insurance premiums are typically lower. (punches air)

Apparently, statistics point towards women driving slower (and less recklessly) due to differences in both genders’ spatial vision and awareness, making them overall safer drivers.

Does the driver have any existing demerit points?

This is a no-brainer. If you whole day kena fined and tio demerit points for speeding and beating red lights, don’t expect the insurer to trust you with cheap premiums. Most insurers give 5% discount to safe drivers (no demerit points in the last 12 months).

Have you made a claim before?

All insurers in Singapore take into account your recent claims made in the past 3 years. This affects your premium significantly – the more claim counts you have and the more expensive your claims, the higher your premium.

If you really damn jialat, it may even reach a stage where you may not be able to find an insurer who would cover you. This actually happened to a friend of mine who had 4 claims in a single year.

Any other possible factors?

Those are the more “official” reasons for bumping up your insurance premium, but I’ve heard of some pretty funny stories too.

Personally, when I was car shopping 5 years ago, my used car dealer told me that I shouldn’t buy a Honda Civic even though the car was selling for cheap. He said my premium would be super high because I was in the high-risk group – below age 25, new driver – and that insurers see the Honda Civic as “an ah beng car that’s always in accidents”… Don’t say I say ah, the dealer tell me one.

Another friend of mine also got quoted higher premiums for choosing a red car. Apparently drivers of red cars make more claims, so they’re assumed to be more dangerous. The same goes for black cars, which are assumed to be hard to see at night. Obviously this sounds damn ridiculous, so I Googled it.

The verdict: Black and red are no-nos, and the “cheapest” colour to drive is the safe, clearly-visible and super un-sporty colour… White.

For more tips on how to save cost on car insurance, check out our car insurance 101 guide. All premiums are quoted based on your unique driver profile, so if you want a better estimate of how much you can expect to pay, use the MoneySmart car insurance comparison tool.

Does the car insurance premium affect your choice when you’re shopping for a new set of wheels? Share your thoughts with us in the comments below.

Car Insurance in Singapore: All You Need to Know to Get the Cheapest Rate (2022) 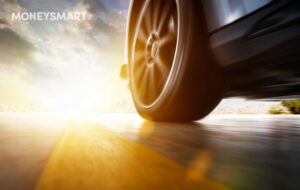 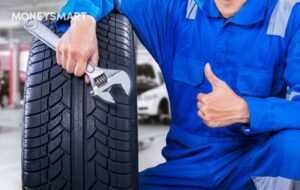