The Queensway Shopping Centre En Bloc Failed, But Is It Still Worth Visiting?

Queensway Shopping Centre’s fate had been hanging on thin thread for the longest time — many people were up in arms when news broke of the 45-year-old mall being put up for an en bloc sale*. It is, after all, one of Singapore’s oldest shopping complexes and part of the Queenstown Heritage Trail (by the National Heritage Board).

There was a petition set up amongst the shop owners to defend the iconic Queensway Shopping Centre (a strata-titled mall) and by 1 May 2019, about 20% of them had signed against the en bloc.

If you were rooting for its preservation, here’s some good news: the en bloc sale fell through, which means “Queensway Shopping Centre is here to stay”.

Woohoo! Sounds like it’s time to pay the vintage mall a visit again.

Before God saved Queensway, I went back for one last jalan-jalan at the complex, just as a poignant reminder of all the good times I had there. 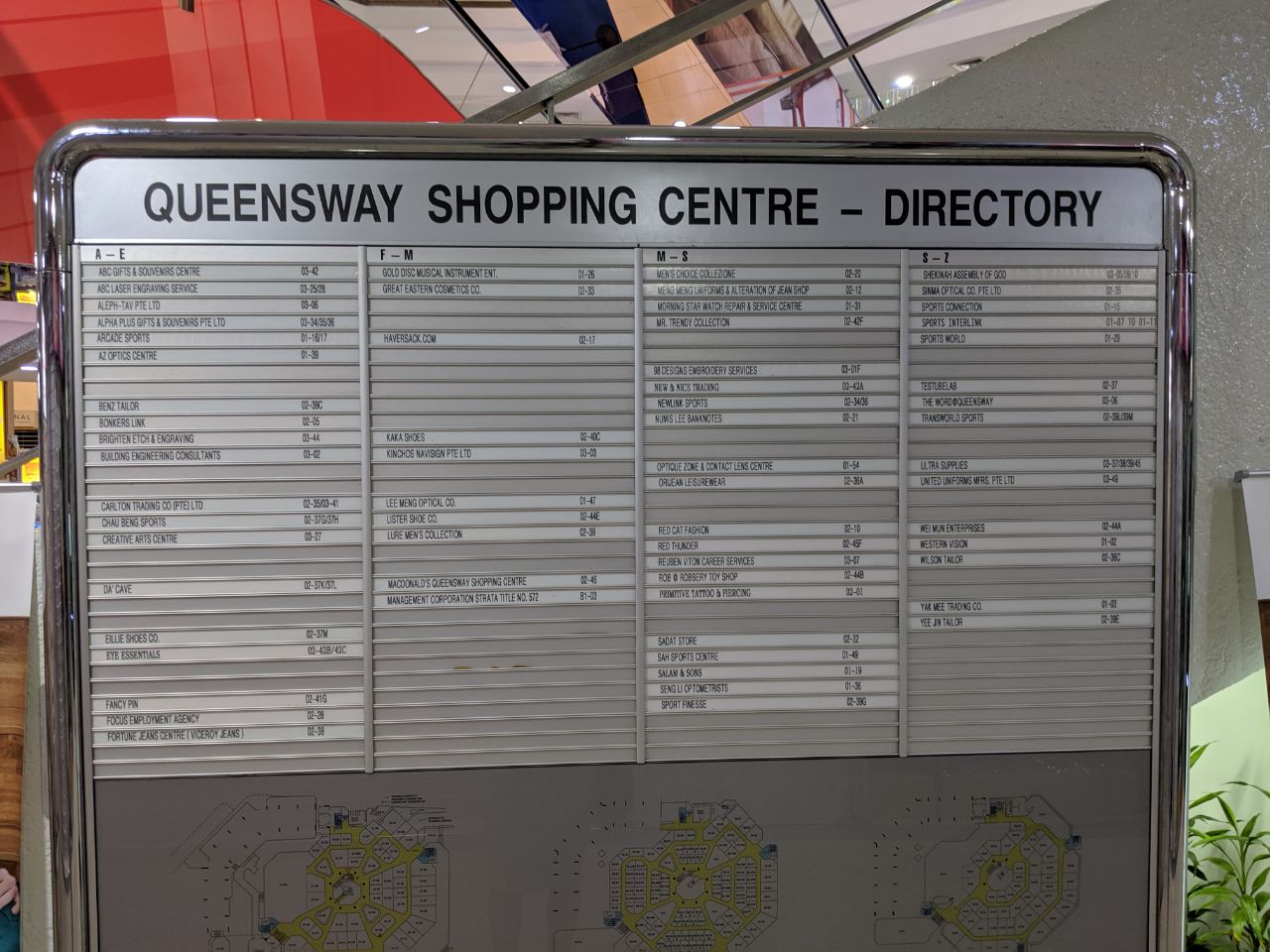 I checked the prices of their sneakers, compared Katong laksa stores and more. Here’s what I found.

What’s there at Queensway Shopping Centre?

Although like most malls its age it sports dirty grey walls and is generally very poorly lit… Queensway Shopping Centre feels nothing like the sleazy City Plaza at Geylang. Personally, I enjoyed it then, and I enjoy it now. 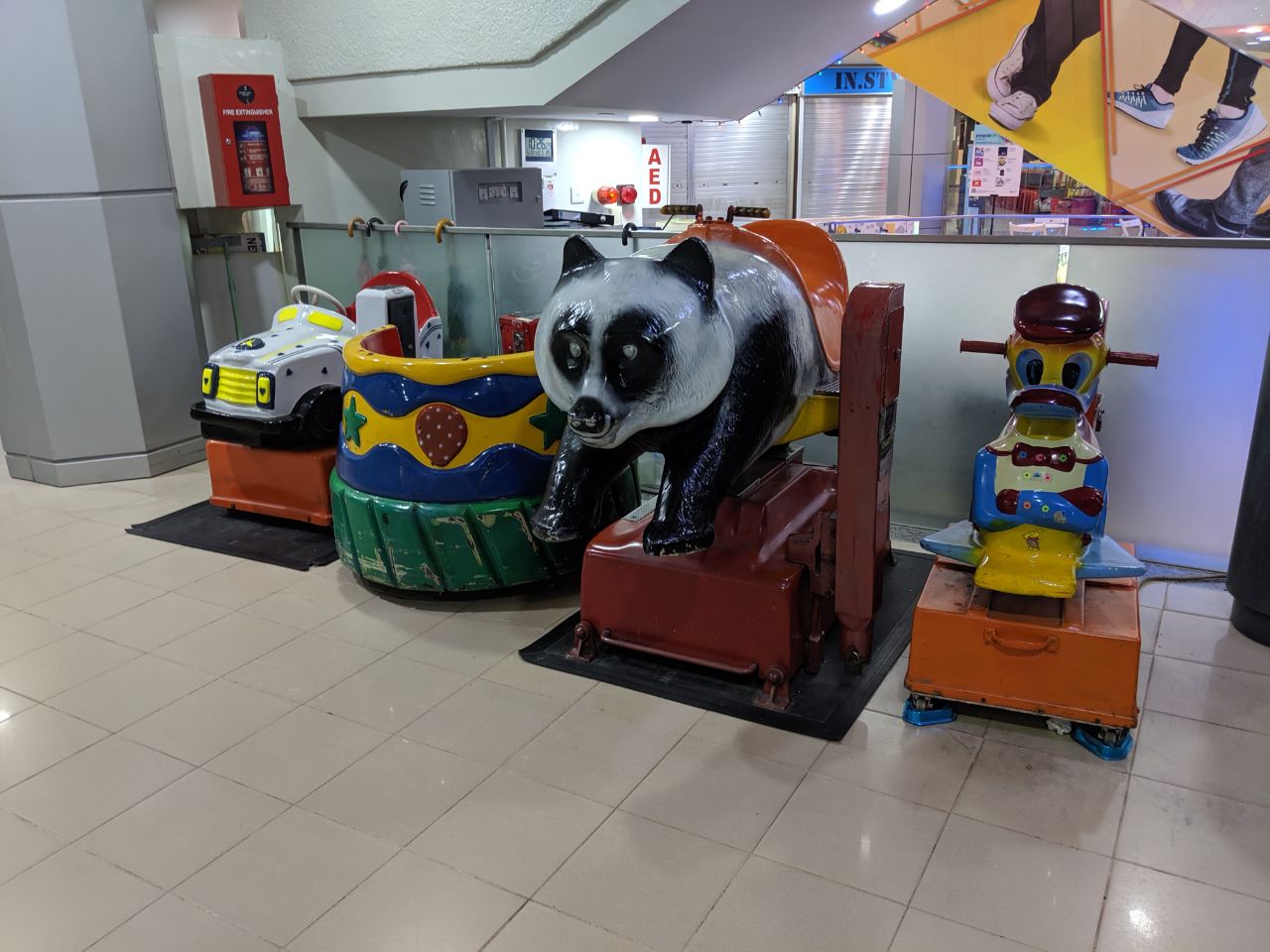 In fact, it exudes a certain kind of old-world charm that’s mostly been phased out by cookie-cutter Capitaland malls. It’s one of the few local haunts that still have $0.50 kiddy rides and that creepy “fortune teller” machine that tells you your fate for a dollar. 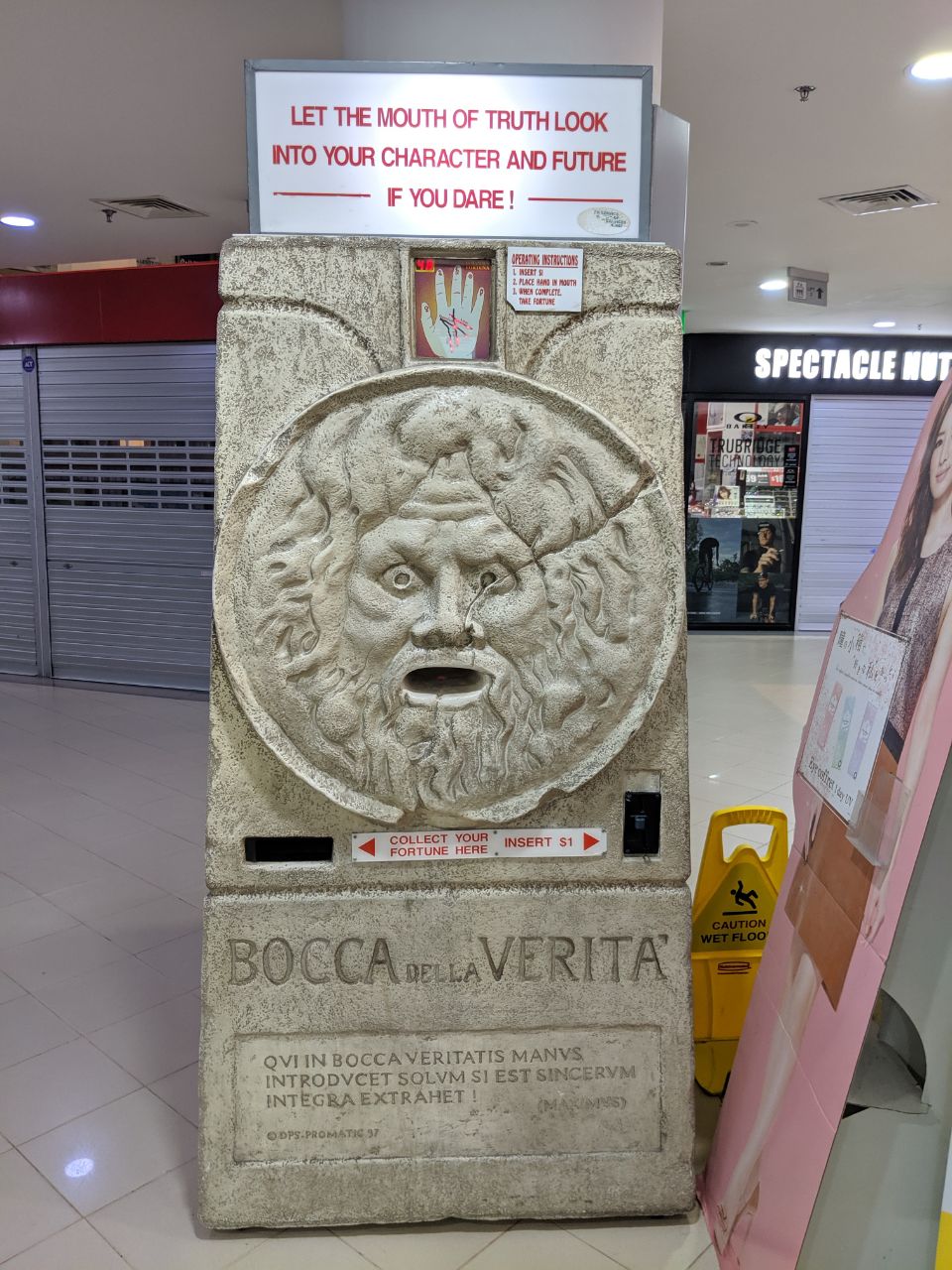 Let’s talk about sneakers and sports shops first, because that’s the main draw of the shopping complex.

When losing QSC became an actual possibility, the first thing everyone asked was…

QSC is known for carrying authentic branded sportswear and sneakers at a discount. Whether it’s for past-season Nike boots or almost-white Stan Smiths that may pass your discipline master’s “test”, everyone I know has a QSC sneaker-shopping story to tell.

This Reddit user estimates 15% off retail price for newest drops and more for past-season models, but take that with a pinch of salt. My personal experience is that how much you save really depends on your bargaining power – at least for the stores on the first and second floors of the complex.

The haggling culture is real – here’s a screenshot I took from a Facebook post that asked the community what they’ll miss most about QSC:

If you’re the kind who’s easily intimidated by pushy storeowners, head upstairs to Intersports on the top floor. When I went, there were “50% off” sale signs plastered all over the walls. 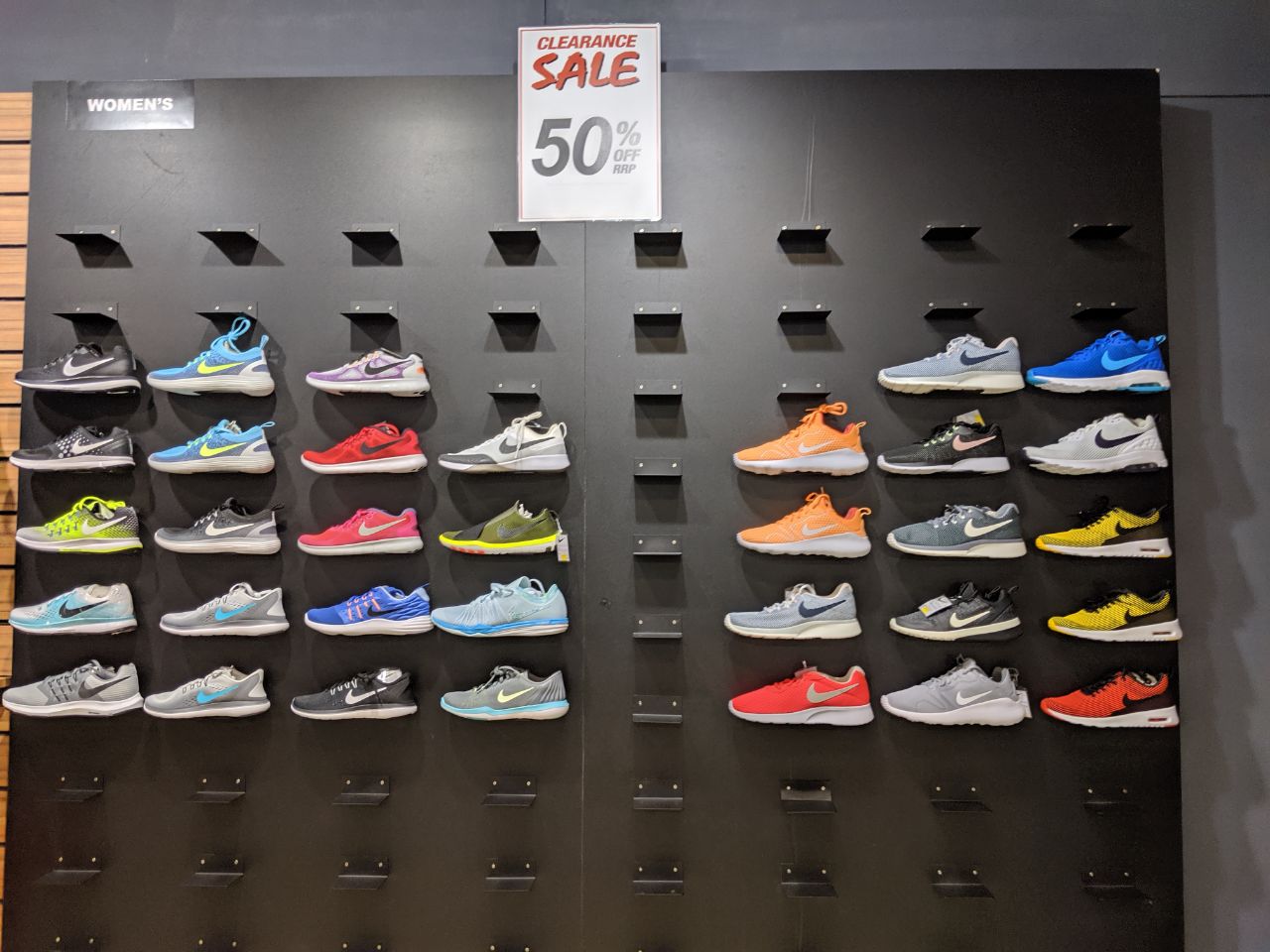 Sounds attractive, but we all know bluff one lah – the tagged prices for most shoes were around $60 to $80, which is cheap for a pair of running shoes, but maybe not 50% off. The stuff that are under $60 are usually in odd sizes and/or really, really old shoes – the kind that have a layer of dust on it, and look like the soles will split mid-run. I never went to school near Queensway, but from the online forums, it seems like the Queensway printing shops have won the hearts of many Singaporeans.

There are many print shops on the top few floors of QSC, and in general, most agree that their prices are competitive even when compared to other “print shop malls” like Sunshine Plaza. They also have the capacity to do high volume orders.

In addition to paper printing shops, they also have T-shirt printing, as well as trophy and medal makers. You know, all the stuff your school house captains had to prepare for sports day.

Last but definitely not least, people go to QSC for the Katong Laksa. I’m guilty of this too – I know it’s not the original Katong Laksa from, you know, Katong… But for west-siders, it’s one of the best we’ve got.

There are two Katong Laksa stalls… 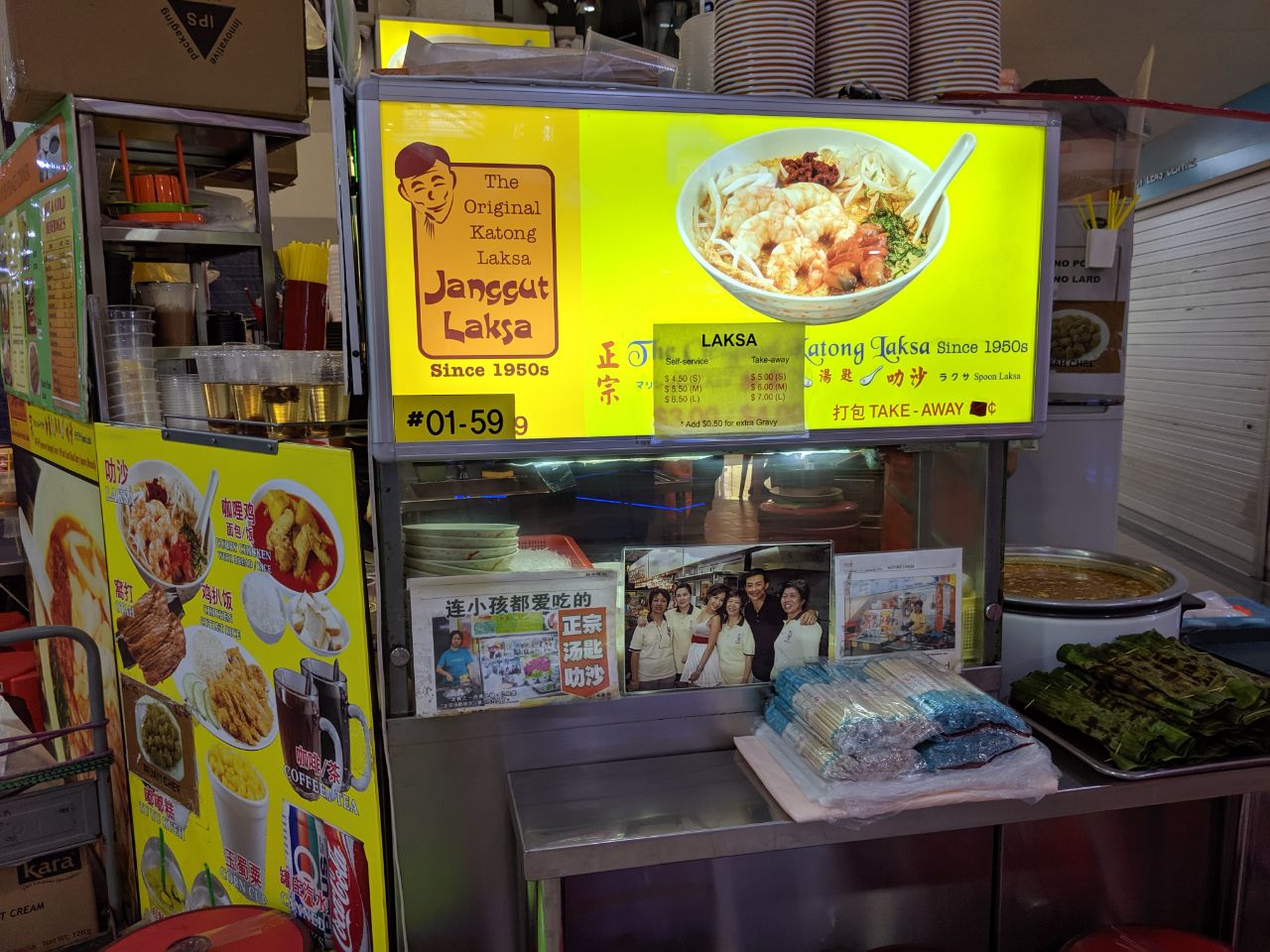 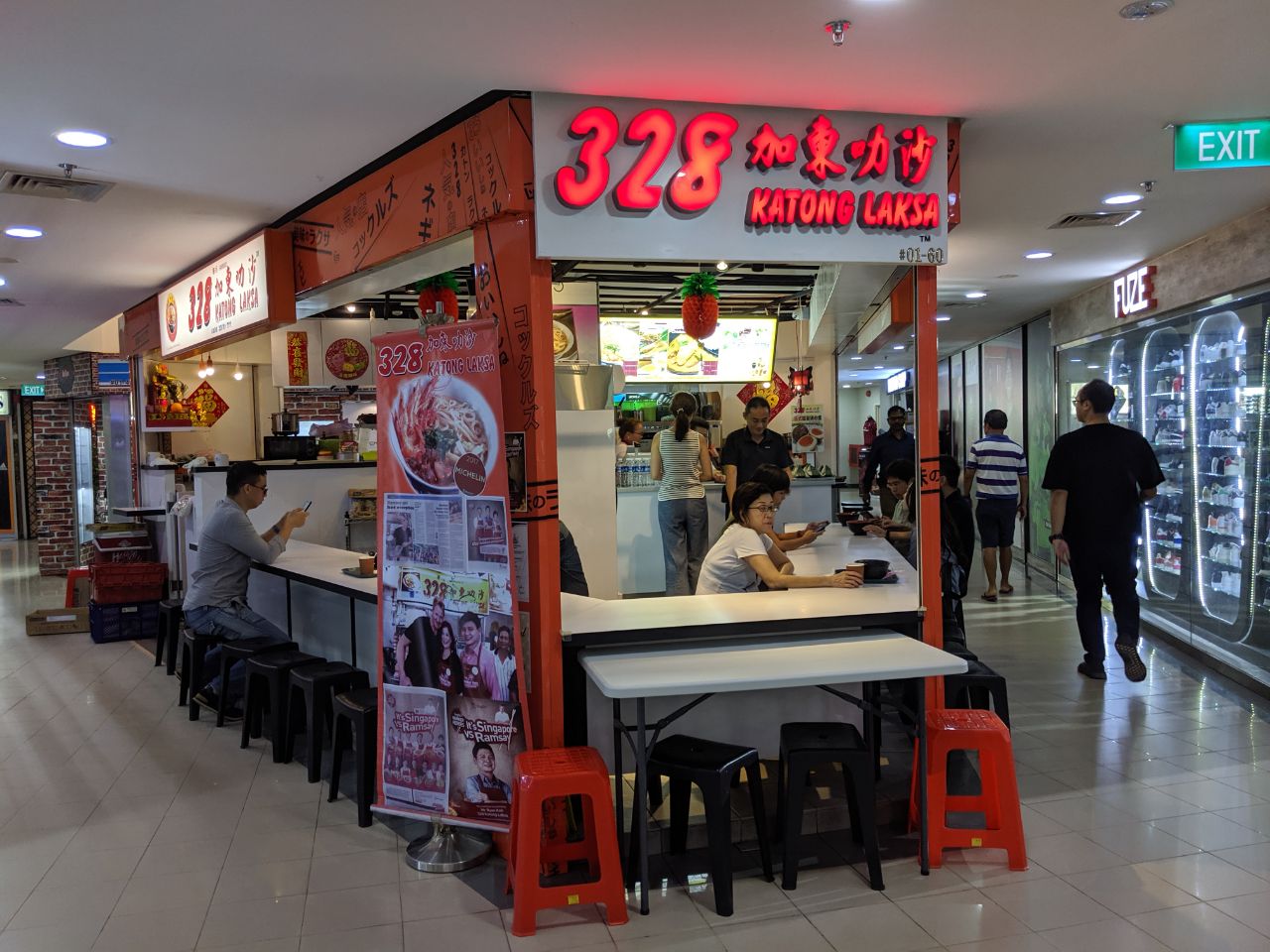 Janggut calls itself “the original Katong Laksa since 1950s”, and judging from their humble storefront, I’m quite convinced. 328 Katong Laksa is chain with many outlets across Singapore, and has a much bigger and fancier shop at Queensway.

I would say yes (because I just like the mall), but after joining the conversation online, I’ve found that the general sentiment is that QSC is no longer as cheap as it used to be.

Fewer people are going there for the sportswear deals, with most of them turning to competitively priced factory outlets and online stores. Although you will find discounted stuff on sale, these shops are not outlet stores and the promotions are likely to be the same as the other retail outlets islandwide. In other words: you don’t need to go out of your way to QSC lah.

So although many Singaporeans grew up with Queensway Shopping Centre and have fond memories to share, few of us continue to patronise the shops there because they’re simply not as cheap anymore.

Generally, Queensway Shopping Centre is a pretty chill mall to hang out at, but if your mission is solely (haha, get it?) to shop for cheap shoes, then perhaps you should look elsewhere.

What do you think? Would you still support Queensway Shopping Centre? Tell us in the comments below.

* As reported on CNA: Some shop owners resistant as Queensway Shopping Centre gears up for collective sale

Investing in Sneakers in Singapore: How to Flip Exclusive Sneakers to Make Profits?

Budgeting
PacificLight Singapore: Electricity Plans Review, Rates, and Promo Codes
Sign up for our newsletter for financial tips, tricks and exclusive information that can be personalised to your preferences!