Recently, some genius on r/Singapore posted a chilling question: “What are Singaporeans paying way too much for?” and the answers have been absolutely fascinating.

The Reddit thread was full of the usual gripes, of course – like cars, houses, minister salaries – but what I found really interesting were the everyday things that are more expensive in Singapore than they are in other (perceived) expensive, first world countries.

Most gave examples from their own experiences living abroad, so naturally I had to stop what I was doing to fact-check them all. Check the list out: The only people who think they’re getting a good deal on $22 for 2 small pizzas at Domino’s are those who have never lived in an ang moh country like Australia, where pizzas are more reasonably priced at AUD 5 ($4.77) a piece. 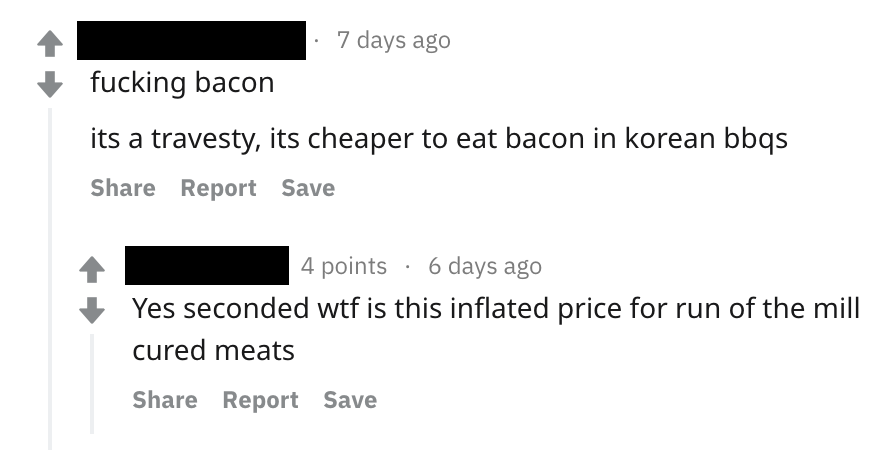 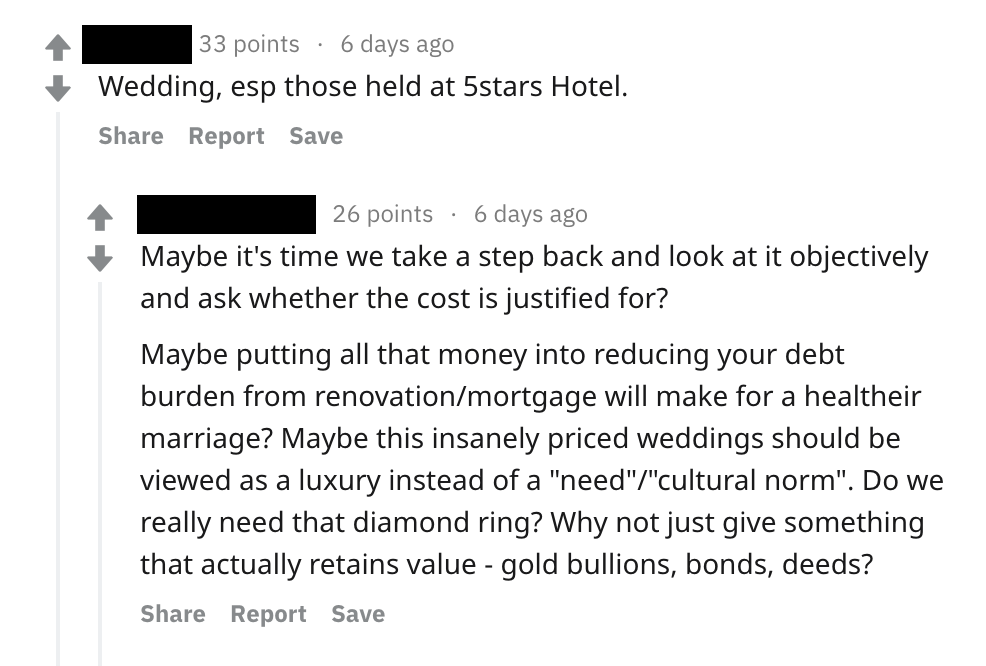 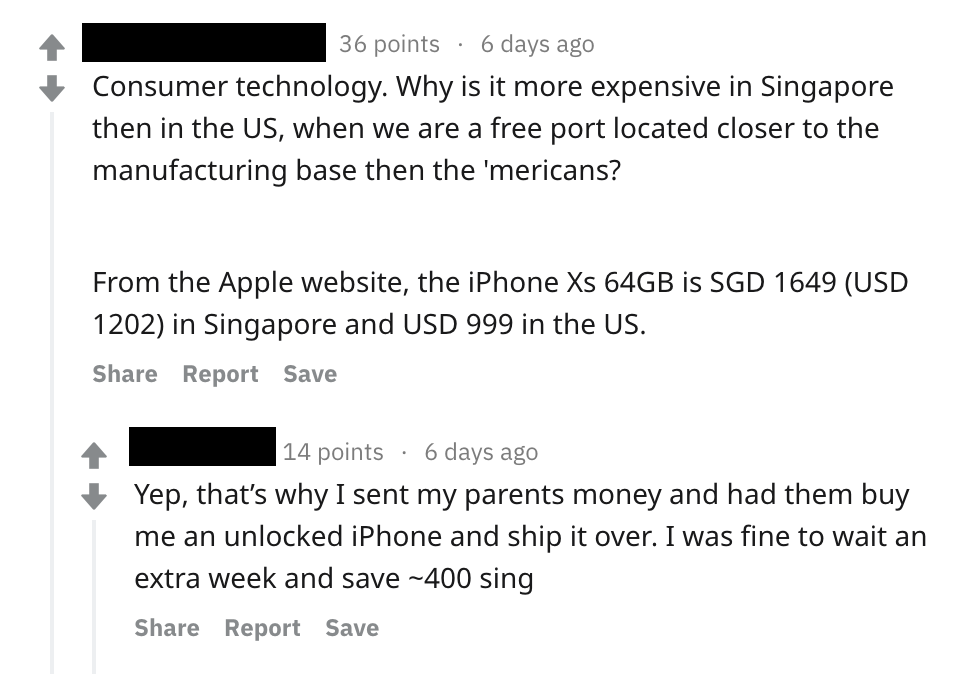 I remember feeling pretty smug that I found a bunch of “cheap” gyms in Singapore charging “only” $80 to $100/month. Imagine my dismay when I realised that the market rate in a city like London is less than £20/month ($34.66). 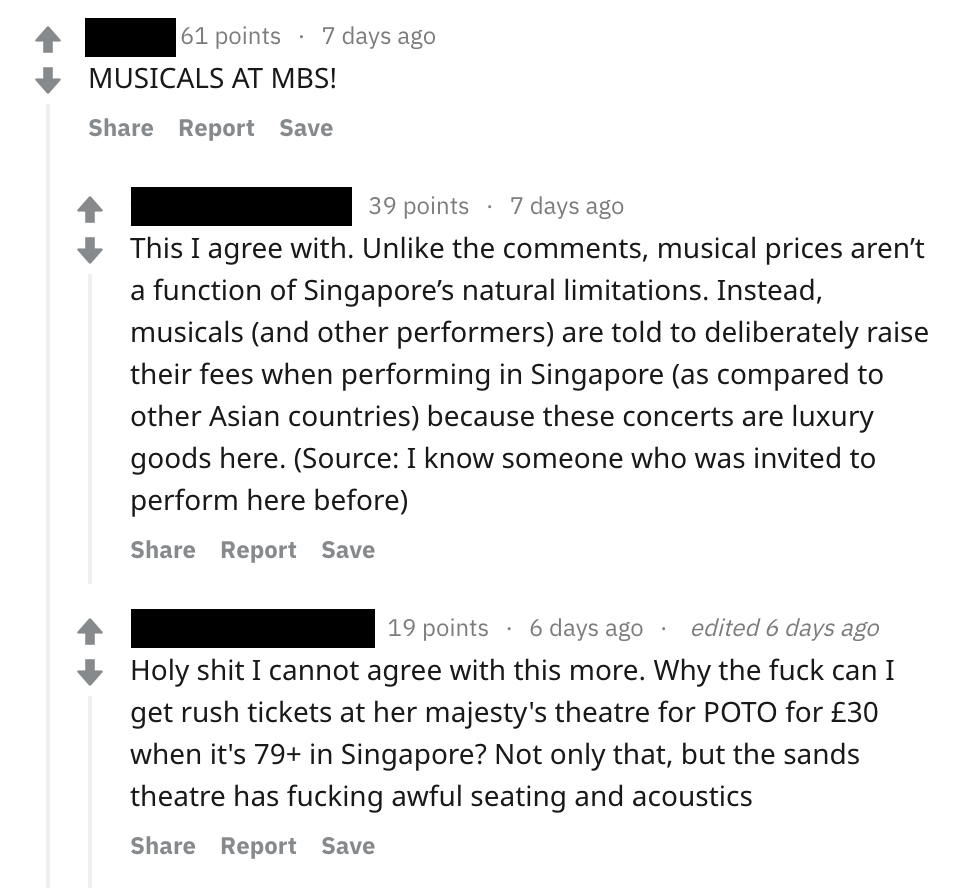 It’s indeed true that tickets start from $79 onwards for Phantom of the Opera at MBS – that’s nearly twice that of the starting price of £25 ($43.36) at Her Majesty’s Theatre in London.

Some Redditors did mention that productions like these involve a lot of performers and staff, many of whom are flown in to Singapore and need to be housed and fed, so the cost may be justified. 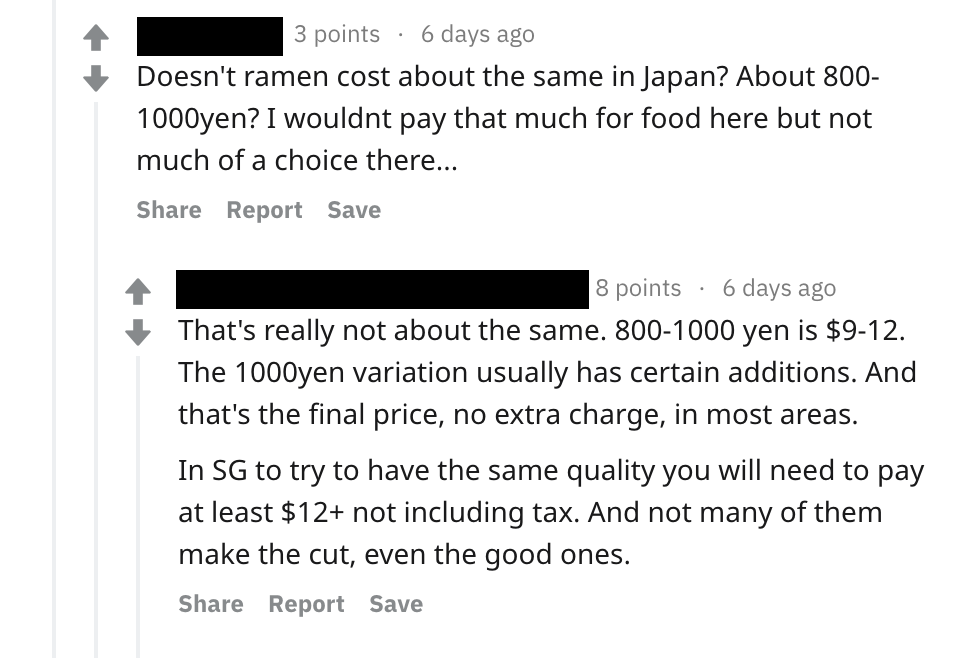 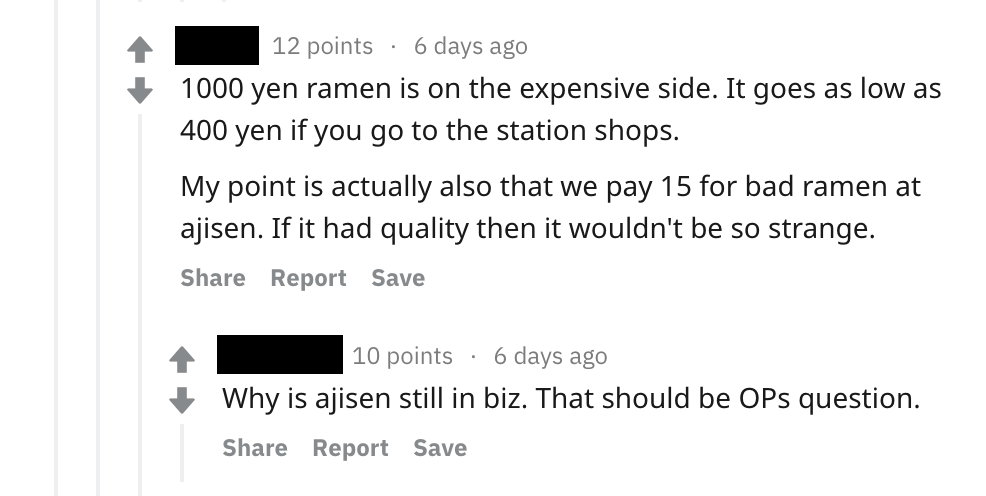 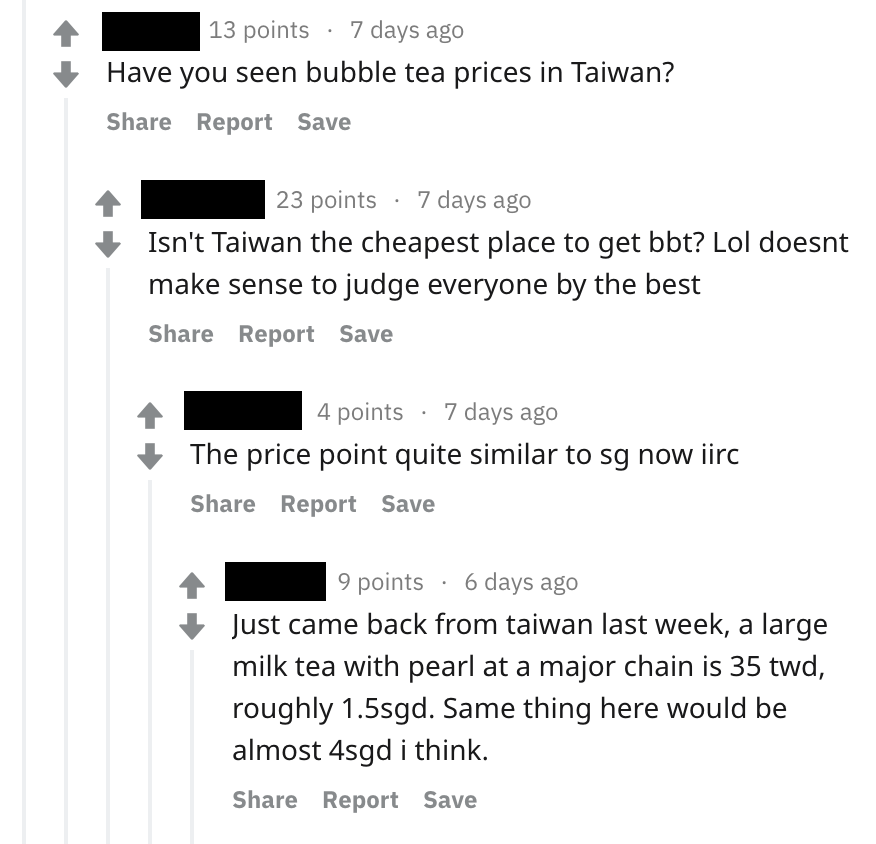 A tea macchiato costs $2.90 at Koi in Singapore, while its counterpart 50 Lan in Taipei (the original Koi) charges just NT$40 ($1.74). Although it’s probably a blessing in disguise that the prices of sugary beverages aren’t as low as they are in Taiwan, otherwise we’ll never B.E.A.T diabetes.

Another fatty indulgence that costs way more in Singapore than other developed countries is cheese. A 226g block of cheddar will set you back $5.91, despite costing just £1.55 ($2.69) at Tesco in the UK.

Did you know that Singapore is one of the few countries where you actually have to pay to watch the FIFA World Cup? I didn’t… The only other first world country with a paid subscription is Hong Kong, where the early bird subscription rate of HK$280 ($48.88) is nearly half that of Singapore’s $94.16.

You might feel like those $60 probiotics Guardian are super worth it (because health = wealth). But in the US, you can get pretty much the same thing for just US$20 ($27.37). What the hell? 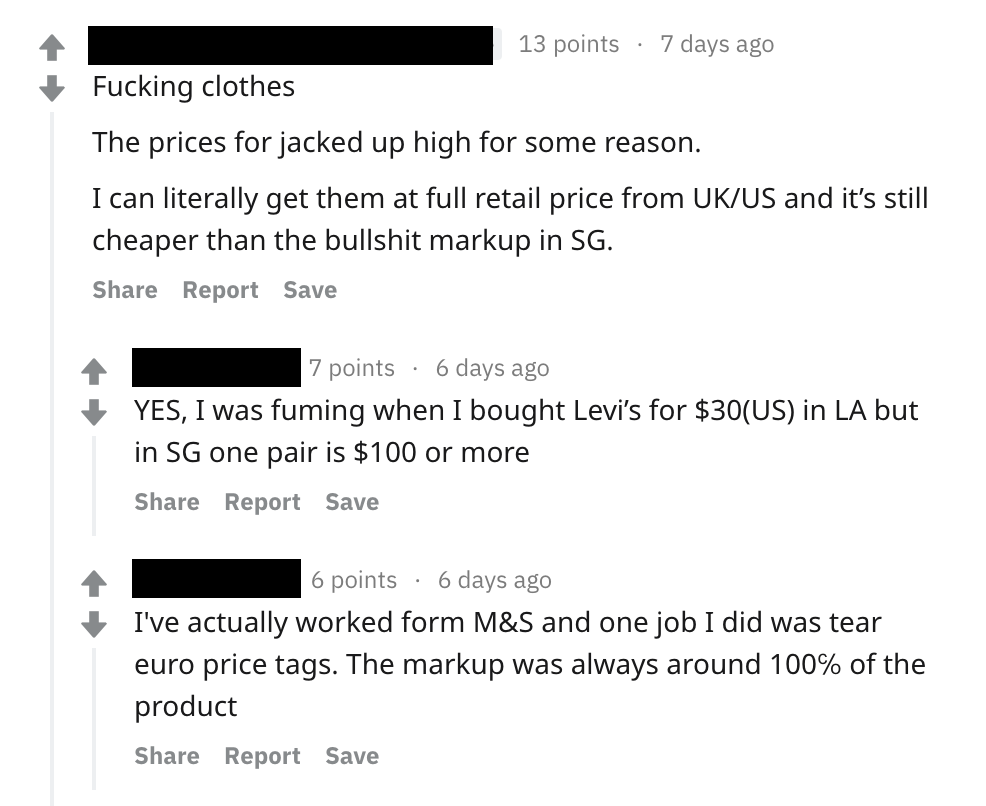 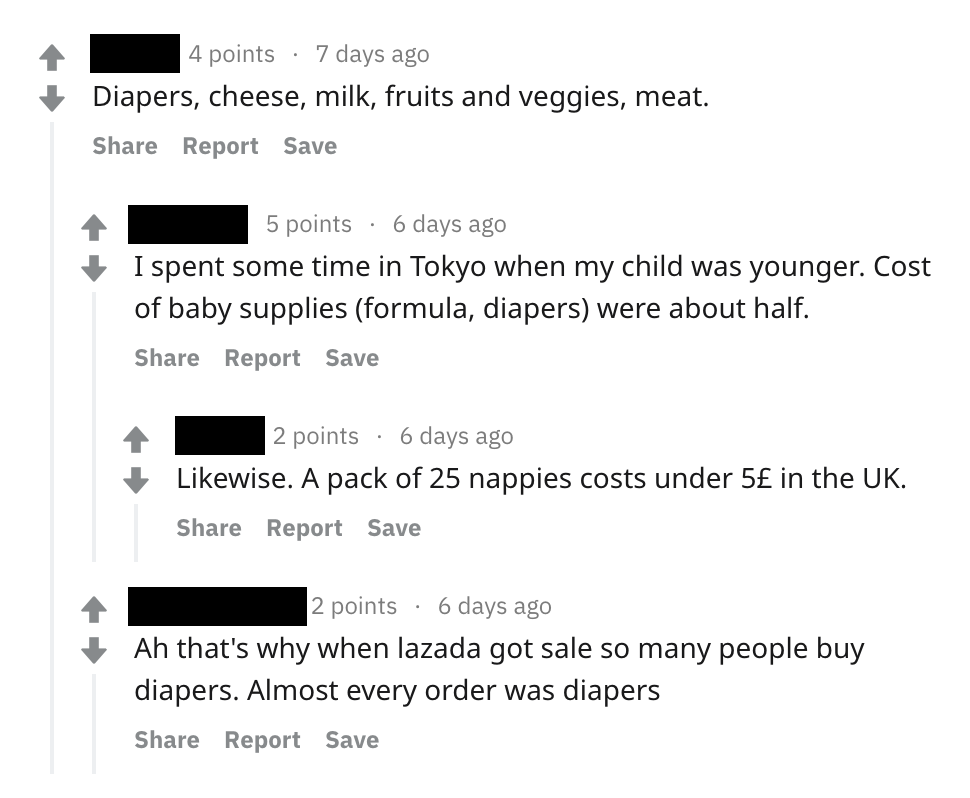 While I didn’t find a huge difference in the prices of diapers in Singapore vs other countries, the real killer is infant formula, which is insanely expensive here.

As if owning and maintaining a car wasn’t expensive enough, I also learnt that pumping petrol in Singapore is more expensive than even ‘Merica. In Singapore, you have to cough up $2.27/litre onwards, whereas in the US it’s more like US$0.65 to US$0.95/litre ($0.89 to $1.30).

While Londoners are all up in arms over the fact that a pint now costs as much as £5.19 ($9), over in Singapore, we think any happy hour price below $10/pint is “dirt cheap”. Sad, really.

Do you have anything to add to the list of things that are unjustifiably more expensive in Singapore than elsewhere? Leave a comment.

Cost of Living in Singapore (2022) — Is Your Salary Really Enough?