Earlier this week (10 Oct), Google announced the release date for the new Google Pixel 3 and Pixel 3 XL – 1 Nov 2018. Preorders are already available on the Google Store and at Singtel, and prices begin at $1,249 (phone only). Yup – the dust hasn’t even settled on the recent iPhone launch and there’s already a new smartphone to go gaga over.

Let’s take a look at how much the Pixel 3 costs in Singapore and where you can buy it. Plus, we compare its specs with its predecessor (Google Pixel 2 XL) and its most popular rival (the iPhone XS), so you can decide for yourself if the Google Pixel 3 is worth the splurge.

In a nutshell, there are 2 models of the Pixel 3 – the regular one and the XL. They’re quite similar, the main difference being the XL’s larger and sharper display (6.3″ instead of 5.5″). You can choose to get it from the Google store, or if you need a mobile plan, through Singtel or StarHub.

Singtel had exclusive retailer rights for the Pixel 2XL last year, but this year all they get is an exclusive colour. “Not Pink” is the name of the shade, which makes no sense whatsoever because it actually IS pink. Don’t act cute leh, Google.

The Google Pixel 3 (64GB) is the cheapest model, and costs $1,249 at the local Google store. The Pixel 3 (128GB) is the same price as the Pixel 3 XL (64GB), and I personally feel that it’s more worth it to get the former, especially since all the other specs – like the camera and etc – are the same. If you get the Pixel 3 XL, it’s really just for the bigger display.

I’ve indicated the prices in SGD for clarity, because there is a conversation revolving around whether or not it is cheaper to buy the Google Pixel 3 and Pixel 3 XL from the U.S. Google Store instead. Read more about that below.

The Pixel 3 and Pixel 3 XL are almost the same, except that the 3 XL has a bigger, higher-resolution display. That may seem like a plus, but take note that it also drains your battery faster.

Now onto the comparison with the Pixel 2 XL.

If you thought your eyes were playing tricks on you, they’re not. Despite all the hype, the Google Pixel 3 doesn’t look like much of an upgrade from 2017’s Google Pixel 2 XL.

Although welcome – because chio selfies – this is slightly odd because it’s literally the reverse of what its competitors have done, which is to add extra lenses to the rear camera. The rear camera remains the same – 12.2MP dual-pixel with f/1.8 aperture. They’ve introduced some new shooting modes like Top Shot and Night Shift to improve the photos, but that’s a software thing.

Another thing to note is that the RAM is still 4GB – buay sai, lah. Android phones nowadays go up to 6GB RAM!

Verdict: Hardware-wise, the Google Pixel 3 isn’t much of an upgrade from the Pixel 2 XL. It’s just got a better front camera and newer processor.

You don’t really need this table to tell you that the iPhone XS is more expensive. Close eyes also can guess.

They both run on the latest processors, and to non-tech-geeks like me, they’re all the same. From some light reading, however, it seems that coupled with the latest iOS, the Apple’s A12 bionic chip provides for a faster, more seamless user experience than the Qualcomm Snapdragon 845. They both run on 4GB RAM too, and while this is disappointing for Android, it’s the highest so far for Apple phones (the iPhone X uses a 3GB RAM).

The iPhone displays are slightly larger than the Google Pixels, but at 0.2 to 0.3 inches, I would say it’s negligible. The main difference is between the cameras – the iPhone XS range has a dual rear camera, which the Google Pixels have dual front cameras. Based on reviews online, Google may win this one: Although the rear camera hardware is inferior, it seems that the software upgrades boost the phone’s shooting capabilities significantly. So the rear camera doesn’t really “lose” after all.

Also, the Google Pixel 3 and 3 XL only come in 2 sizes, 64GB and 128GB. The iPhone XS and XS Max go up to 512GB, which is insane. Google fans will argue that you can store your photos on their Google Photos cloud for free, but there are definitely benefits to having all your stuff accessible offline.

Verdict: The iPhone XS and XS Max seem superior to the Google Pixel 3 and 3 XL, but they’re also a whole lot more expensive. Comparing the cheapest 64GB models, the iPhones are about 1.3X the price of the Google Pixels.

I normally wouldn’t recommend the more expensive option, but if you’re spending over $1,000, you might as well pay a bit more for a better phone. Plus, this is a gadget you’ll be using every waking moment for the next few years.

Where to buy the Google Pixel 3 – phone only

Okay, so decided you’re going to take the plunge anyway? If you just want the phone, you can purchase the Google Pixel 3 via the Google Store, Singtel or Starhub. The local prices are as indicated above. However, what some Singaporeans are considering doing is ordering from the U.S. Google Store instead.

Should you buy the Google Pixel 3 from US Google Store?

Let’s see if it’s worth the hassle:

I personally don’t find it worth the trouble, not to mention the risk of having my $1,000+ baby get lost or damaged in transit.

Not long after its launch, the Google Pixel 2 and 2 XL were sold by quite a few 3rd party retailers on Lazada. So if you’re not in a rush, you can try waiting it out to get it at a bargain there.

Do also note that the Google Pixel 3 (128GB) is not available at the local telcos (Singtel and Starhub), so you need to get it from the Google store.

Where to buy the Google Pixel 3 – with mobile plan

If your telco contract is up and you want to get a plan+phone bundle, you can check out Singtel and Starhub.

As mentioned above, Singtel is the exclusive retailer for the Not Pink (but actually pink) colour. So if you want that to match your other millennial pink gadgets and accessories, then bo bian. Only Singtel.

Singtel has a whole lot of plans, but if you’re an average Joe, I doubt you’d be able to get the phone at $0 (you need to spend $239.90 monthly on Combo 12). The more popular plans are Combo 3, Combo 6 and Combo XO, and out of the three, Combo XO is the most bang-for-buck.

Monthly, it’s about $10 more than Combo 3, but you get 6X the data, plus free unlimited Singtel WiFi. You also get the Google Pixel 3 and 3XL at a slightly cheaper price.

Preorders are open and currently ongoing for Singtel.

There is no preorder for StarHub, and the phones will only come in black and white. You can only get it earliest on 1 November 2018 (good luck queuing!). The prices and plans are not out yet, but we will update this when it is. I expect the prices to be quite similar to Singtel’s though, so just go ahead with whichever telco you have a better “relationship” with.

Conclusion – should you buy the Google Pixel 3?

TBH, I’m quite shookt by the prices of mobile phones these days. $1,649 for the iPhone XS (64GB) doesn’t feel like a pinch – it feels like several organs lost to the black market. I may be a hardcore Apple fan, but I also enjoy having both my kidneys, so I was quite interested in finding out about the new Google Pixel 3.

However, I personally don’t think the Pixel 3 and 3 XL are worth purchasing. If I need a new phone, I’m more likely to just get the Pixel 2 XL. It’s only $1,099 now and the hardware is kind of almost the same. You can update your operating system to Android 9.0 and it’ll be just like the Pixel 3.

If you die-die want a new iPhone, you can consider the iPhone XR. The price range is similar to the Google Pixel 3’s, but specs-wise slightly inferior. It uses an older LCD display (not OLED), and a single wide angle rear lens.

Are you thinking of getting the Google Pixel 3? Let us know in the comments below! 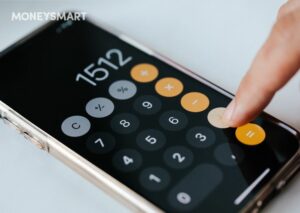 Budgeting
CPF Basic, Full & Enhanced Retirement Sum: How Do They Affect You?
Sign up for our newsletter for financial tips, tricks and exclusive information that can be personalised to your preferences!