Planning to fly from Singapore to Taipei soon? Here’s a comprehensive guide we put together for you on how to plan and budget for your Taipei trip.

Find out when’s the best time to get cheap flights to Taipei, which Taipei hotel to stay in, where to download the Taipei MRT map, and most importantly…. which Taipei night markets are most worth visiting.

Taipei weather – when is the best time to visit Taipei? 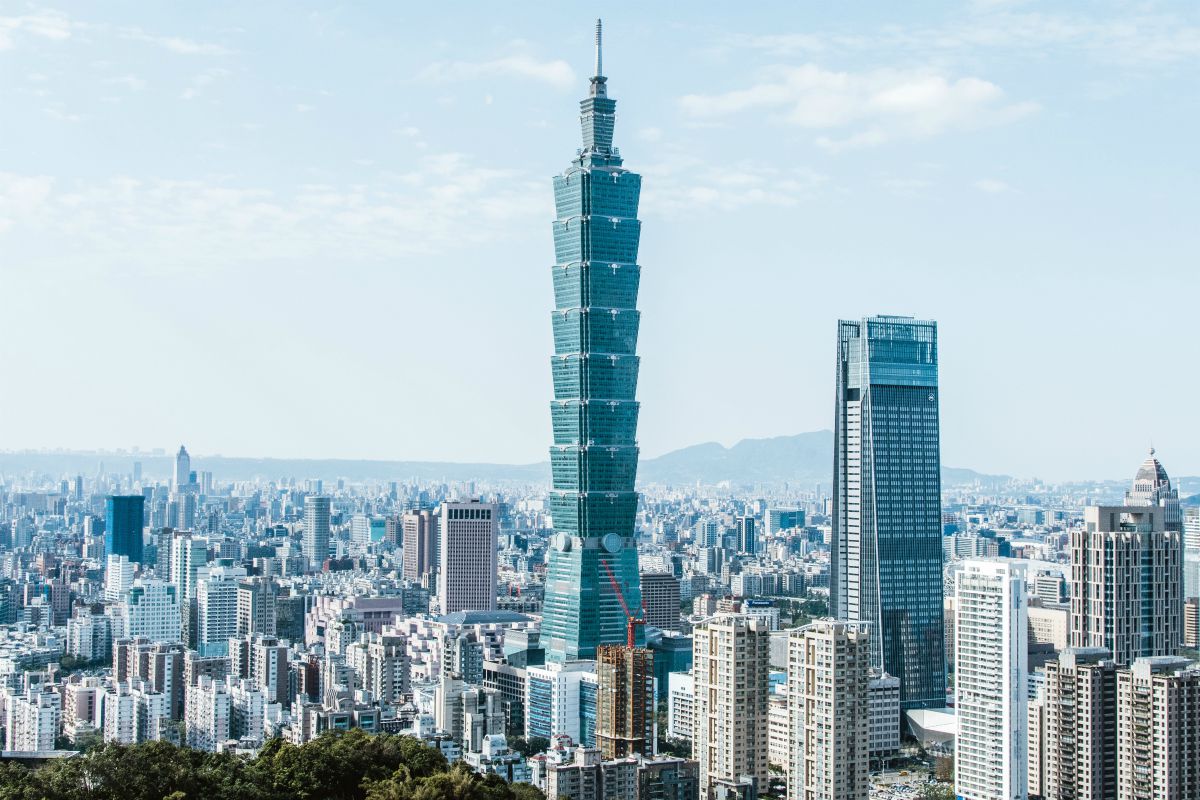 Everyone always talks about how nice Taipei is, how delicious the bubble tea is, how pretty the Taiwanese meimeis are… but no one really prepares you for what Taipei weather can be like.

In the summer, Taipei’s temperature can actually be higher than Singapore’s. In a city like Taipei, there’s absolutely no respite from the heat… unless it’s a typhoon, which also happen in summer. Therefore, avoid the summer months, ideally late May to early October.

The best time to visit Taipei is the end of the year. Taipei weather in November is pleasant (18° to 24°). You’ll be comfy in regular T-shirts and pants, but bring a hoodie or sweater along for evenings.

Taipei weather in December is slightly chillier (15° to 21°) so bring warmer clothes if you’re a cold-hater like me.

Even though Taipei winters are very mild, it really sucks when it rains, especially since the night markets are not sheltered. I recommend carrying a small umbrella and wearing water-repellent shoes no matter what Taipei weather forecast says.

Flights from Singapore to Taipei – how to score cheap flights

If you want to book cheap flights to Taipei from Singapore, take a look at this calendar with approximate return airfares for budget airlines:

Peak season runs from late November all the way to February, with December and the CNY periods being super peak. During this period, a return flight will almost always cost around $400 and above.

If you’re flexible with travel dates, try going in March, April, October or early November. These months offer the best compromise – cheaper flights around the $300 mark, but still pleasant weather.

Scoot, Jetstar, EVA Air, China Airlines and Singapore Airlines all operate direct flights from Singapore to Taipei. I usually fly budget, but will opt for the Scoot 787 DreamLiner since it’s a bit more comfy for an almost 5-hour flight.

By the way, the international Taipei airport is Taoyuan Airport (TPE), and it’s in the outskirts of Taipei city. (Inside Taipei city, there another airport called Taipei Songshan Airport. But it only serves domestic flights and mainland China.)

When you touch down, there’s no need to adjust to Taipei time because Taiwan is in the same time zone as Singapore.

Now that you’ve sorted out your flights, the next thing to do is to book your Taipei hotel. Here’s a summary table of your Taipei accommodation options:

Expect to pay about $85 to $100/night at most of these hotels. Most Taipei hotels are about the same: small and basic but very clean and tidy, often with thoughtful amenities like free cup noodles.

Cosmos Hotel Taipei is an exception. It’s easily the biggest and most eye-catching hotel in the area, and the decor is super obiang. Prices are steeper at $140 to 150/night (Chinese-style buffet breakfast included) but it’s sure to please parents and grandparents.

If you find these hotel prices a bit steep, here are a few alternatives to consider…

Find an Airbnb near Taipei Main Station: You can find an Airbnb in the vicinity for about $80/night for a 2-person studio. If the listing is in Chinese, it’s probably cheaper. However, communication with the host can be an issue.

Find a Taipei Ximending hotel: Ximending (a.k.a. Taipei’s Harajuku) is about a 20-minute walk from Taipei Main Station – still central but not quite as convenient. It has a lot of boutique budget hotels aimed at the student crowd, so you can find a cheaper deal here at $55 to $70/night.

Go to a backpacker hostel: If you’re travelling alone, a hostel is your cheapest option at about $25/night for accommodation near Taipei Main Station. Hostels may have a bad rep elsewhere, but I’ve found the ones in Taiwan incredibly clean, civilised and beautifully designed.

Taipei night markets, Taipei 101 & other things to do in Taipei 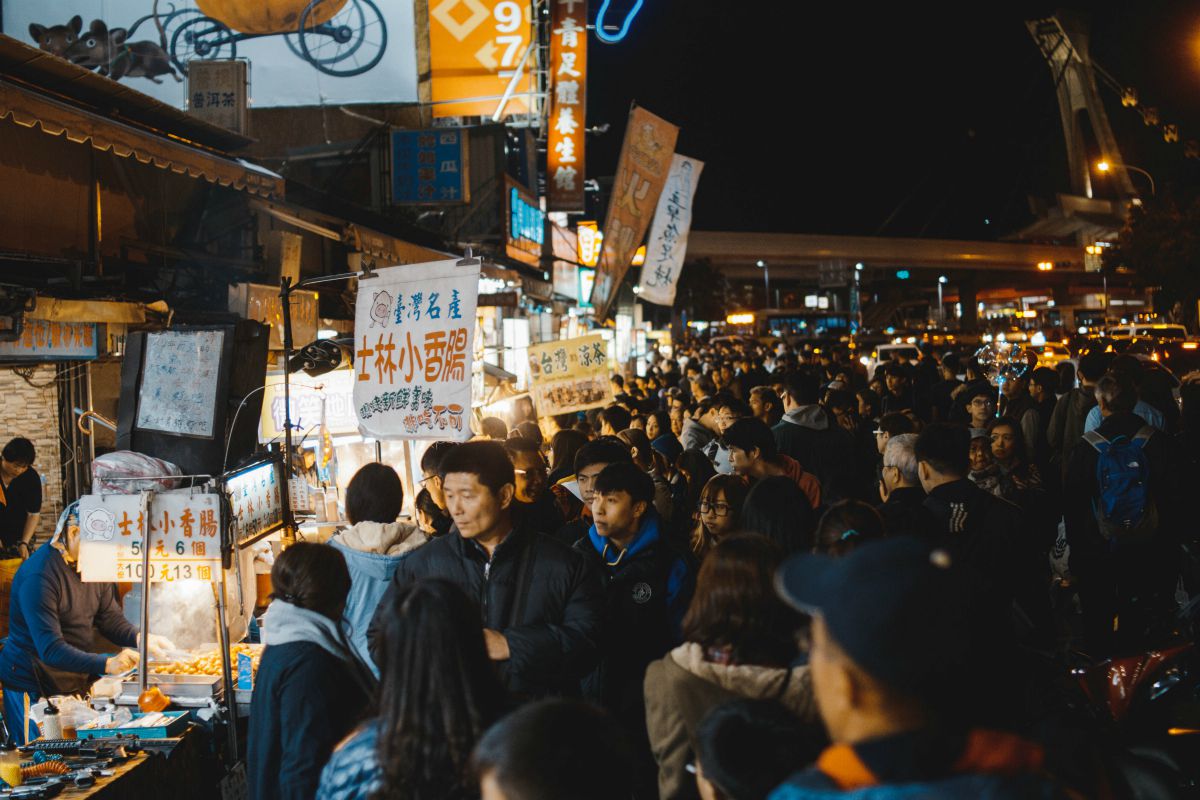 The number 1 absolute must-do in Taiwan is going to a Taipei night market. There are tons to choose from, but here are the 5 most famous ones:

You can find similar types of street food sold at most places – stinky tofu, oyster omelette, fried taro, papaya milk. Many items range from 20 to 100 NTD (<$1 to $4.50) each but you can easily go wild trying everything, so bring lots of cash.

Most tourists also make it a point to visit Taipei 101, a 101-storey high skyscraper with an observation deck on top. You need to pay an entrance fee of NTD600 ($27) to go up Taipei 101 Observatory, but you can pre-book for a bit cheaper ($20 to $23) on websites like Klook and Changi Recommends.

Getting around – Taipei MRT map, Taiwan Railway & other useful tips 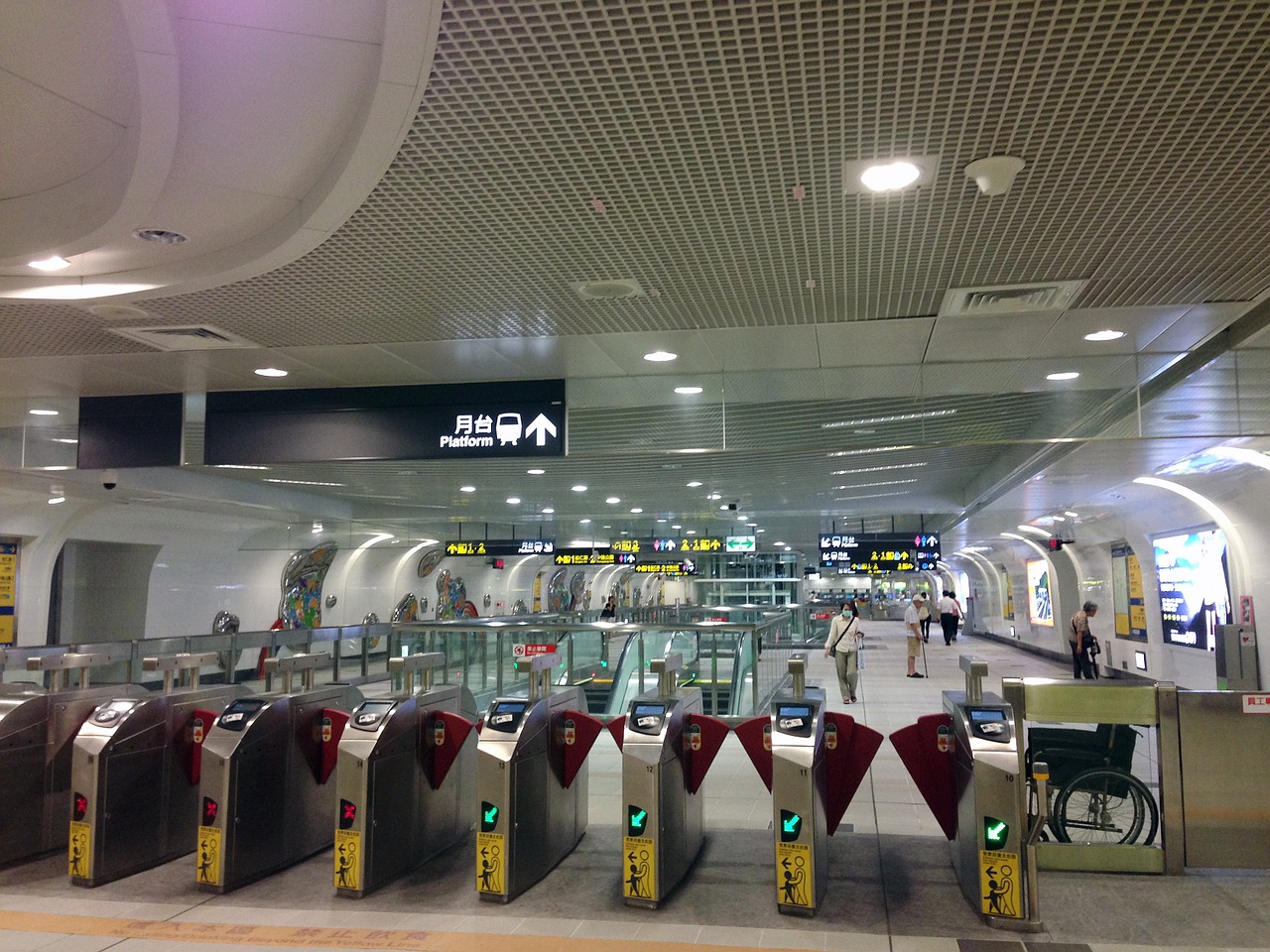 The main form of public transport here is the Taipei MRT, which should be no problem for most Singaporeans to figure out. Here’s a quick link to the Taipei MRT map from the official website.

To get from Taoyuan International Airport to Taipei Main Station, just hop on the MRT which runs from 6am to 11pm. Taipei Metro runs 2 trains on this line: purple Express trains and blue Commuter trains. You can take either one but the purple train is faster (35 minutes).

The fare from airport to city centre costs 160 NTD ($7.20). Just like in Singapore, you tap in and out of the MRT with an Easycard, i.e. Taipei’s version of the EZ-Link card.

You can pick this up at any 7-11 or FamilyMart convenience store at the airport. The card costs 100 NTD ($4.50) and does not come with any stored value. So, if you hand the cashier 500 NTD, the card will come back with 400 NTD value (which is refundable).

If you’re planning to do day trips from Taipei or travel elsewhere in Taiwan, I highly recommend taking the Taiwan Railway (TRA) instead of a bus or car. Here are some common routes.

Taipei to Taichung: The fastest trains (Puyuma)bring you straight to Taichung city centre well under 2 hours. The fare is 375 NTD ($16.80).

Plenty of trains run these routes and you can get tickets on the spot. As long as you choose an express train, the Taiwan Railway is an extremely comfortable way to travel. They’re spacious, comfortable, have bathrooms, and you can even buy bento boxes and snacks to eat.

Now that you’ve got your itinerary all planned out, the next step is to buy some Taiwan currency (i.e. your bubble tea money).

You can check out money changer rates in real time on sites like CashChanger or simply head to one of our top money changers in Singapore.

How much money to change? Everyone is different, but I spent about $30 a day on food, sightseeing and transport. I mainly ate cheap local food and visited to free attractions.

You’d want to bring more if you plan to do shopping or cafe hopping. Western-style coffee is really expensive in Taipei, sometimes costing as much as 200 NTD (almost $9!) for a cup. My budget coffee hack is to buy drip coffee at 7-11 or FamilyMart – cheap and good.

Note that Taiwan’s economy is still very much cash-based, and many restaurants and businesses, including budget hotels/guesthouses, don’t accept credit cards.

I’d suggest taking along some extra SGD (US dollars are even better). If you run out of NTD, you can easily pop down to any big bank in Taipei and get it changed.

Getting data in Taiwan – should you buy a Taiwan SIM card?

It’s super worth it to pick up a Taiwan SIM card for tourists at the airport, because the tourist SIM cards usually come with unlimited 4G data.

Note that the kiosks selling Taiwan SIM cards are located before immigration. Look for Emome (Chunghwa Telecom) or FarEasTone because these can be topped up at convenience stores.

If you missed buying your SIM card at the airport, you need to look for a telco store but they may not offer the tourist SIM card.

You can opt to buy an Ibon Mobile SIM card at 7-11 instead. Pricing is about the same, but it’s for 3G data. If you want 4G, you need to pay more.

If you don’t want to buy a Taiwan SIM card, here’s a couple of other options…

Rent a Wifi router: If you’re travelling in a group, renting a Wifi router to share makes sense. It’s dirt cheap on Klook ($2.25/day) or Changi Recommends ($5/day) too! But I hate carrying around another device and making sure everyone is within range.

Use your telco’s roaming service: Convenient but expensive – M1 charges $10 to use your data overseas, Starhub $15/2GB or $20/3GB, and Singtel a whopping $20/GB. But this may be your best option if you need to remain contactable via the same phone number during your Taipei trip.

Are you a Taipei lao jiao with more tips to share? Tell us in the comments!