Interview with SingCapital CEO – Should You Still Get a SIBOR-based Home Loan?

Think of the last good dream you had. You know, like the one where you paid only $2 COE on your new car, or you were Left Shark in the Katy Perry Super Bowl halftime show? Then remember how you felt when you woke up and realised reality was still as shitty as it was when you went to bed the night before. That’s how many people feel about the Singapore Inter-Bank Offer Rate or SIBOR going up.

The SIBOR’s sharp increase in January led to many people scrambling to refinance their existing loans before the interest rates climbed even higher.

In order to help you understand the SIBOR better, we posed some of your questions to industry expert Alfred Chia, CEO of SingCapital Pte Ltd, an MAS-licensed firm that specialises in financial planning, asset protection and mortgage management.

1. Why did the SIBOR increase sharply?

Singapore has been enjoying a low interest rate environment since 2008. Let us examine what influences Singapore’s interest rate movements:

First, unlike most economies around the world, MAS relies on international exchange rates when setting policy to combat inflation instead of global interest rates.  As Singapore relies heavily on imports, a strong Singapore Dollar will mean cheaper imports.  As such, the SIBOR is influenced by the US Federal Funds Rate as well as changes in the Singapore-US Dollar exchange rate.

The US has been maintaining a near zero interest rate policy as part of their unconventional monetary policy since the global financial crisis. As a result, SIBOR has remained low. However, with the US expected to start raising the Federal Funds Rate by the middle of this year, this has started a wave of worry amongst Singaporean property investors, many of whom have their home loans pegged to the 3M SIBOR.

However, there are other factors which may affect the SIBOR.

For example, in early January 2015, the jump in SIBOR from 0.41% to 0.64% within a month has sparked jitters amongst property investors. This is mainly due to the volatile currency market which influences fund movements.

On 28th January, MAS unexpectedly announced the easing of its monetary policy of a modest and gradual appreciation of the S$NEER policy band. As a result, even when the Federal Funds Rate remain unchanged, SIBOR has spiked up by more than 50% in a month due to currency volatility.

So while the market expects the US to gradually raise their rates, we therefore cannot take it for granted that SIBOR won’t spike up due to other factors.

2. Is it still safe to remain on a home loan pegged to the SIBOR?

Firstly, a disclaimer: No matter what kind of rate package you’re currently on, whether it is fixed or floating, you cannot escape the SIBOR forever. Sooner or later, after the fixed period, even a fixed interest rate mortgage package will revert to a floating rate pegged to the SIBOR.

So with that in mind, let us examine the impact of rising interest rates on a home loan versus a stable interest rate. Just for illustration purposes only, we’ll assume that the premium remains the same throughout. Realistically, the premium usually goes up after the third year.

The illustration above shows the cost you incur if you have a home loan of $800,000 for a tenure of 25 years. Assuming 3M SIBOR rates increase by 0.5% each year and stops at 2.5%, the rising SIBOR will lead to a potential increase of over 20% in your interest payments compared to a loan package where the SIBOR doesn’t increase.

What does this mean for your monthly payment?

Assuming the same details as before, you would expect to pay a monthly instalment of about $3000 if the SIBOR remained low. However, assuming the SIBOR increases at a rate of 0.5% each year, by the 6th year you can expect to pay almost $4000 each month, an increase of $750 or almost 20%.

It is impossible to predict the exact numbers. However in June 2006, less than 10 years ago, the SIBOR was as high as 3.5%. It is definitely possible that the SIBOR could potentially return to similar levels. 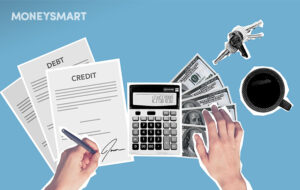 Home Loans
Home Loan Interest Rates Are Set To Rise – Is It Time To Start Planning To Refinance Your Mortgage? (Dec 2021) 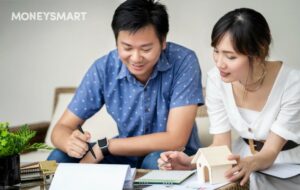 Home Loans
SORA-pegged Property Loans: We Speak to Those Who’ve Signed Up 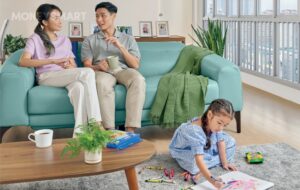 Home Loans
3 Features of a SORA-pegged Property Loan & What Homeowners Think About It
Sign up for our newsletter for financial tips, tricks and exclusive information that can be personalised to your preferences!