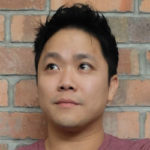 Amongst home buyers, there is constant debate over whether fixed or floating rates are better. Some argue that fixed rate packages support sound money management; others claim floating rate packages offer lower monthly payments. In truth, neither type of loan is objectively better.

Comparing home loan rates in Singapore, whether fixed or floating, boils down to the specific requirements of the borrower.

In this article, we will explain how fixed and floating rates are suited to different borrowers:

What are Fixed and Floating Rates?

Home loan packages have either fixed or floating interest rates. These are the differences between the two:

Fixed rate packages maintain a static interest rate for a given length of time (typically 1 to 5 years depending on the package).

For these loans, the interest rates are pre-determined and “fixed” or “locked” at the time the borrower accepts the loan offer. For the entire duration of the fixed period, the agreed rate(s) will not change, regardless of market conditions.

After the given length of time, fixed rate packages automatically convert to floating rates.

Note: The borrower is also “locked-in” to the bank for the same duration the rates are fixed for. Refinancing or making partial/full prepayments during the lock-in period will result in hefty penalties (typically 0.75-1.5% of the total amount refinanced or prepaid).

Floating rate packages have interest rates which fluctuate on a daily basis. As the SIBOR or SOR rates move up or down, the interest rate on these packages will follow suit. You can read more on how SIBOR rates are revised.

A floating rate package charges lower interest at the outset. After that, SIBOR and SOR movements will determine if it is ultimately cheaper. It could rise above the fixed rates or could drop even lower.

You can use view the latest fixed and floating rate home loan packages on sites like MoneySmart to get a better idea of what’s being offered in the market at the moment.

Note: Floating packages come with and without “lock-in” periods.

When is a Fixed Rate Better?

A fixed rate is preferred by borrowers who need stability, and are willing to pay a premium for it. Circumstances that favour a fixed rate are:

Interest Rates are Threatening to Rise

At present, SIBOR and SOR home loan packages hover between 1.1% to 1.4%. This is much lower than the historical average of 3-4%, and it is unlikely that it will fall any lower. The next significant movement in the interest rates will probably be up.

A borrower may want to take a fixed package, in order to secure the low rates for as long as possible.

The Borrower is Making Cash Repayments

Some borrowers use cash (and not their CPF funds) for their loan repayments. In such cases, a fixed rate package makes financial planning easier as people are generally more sensitive to how much money is deducted from their bank account every month as opposed to their CPF account.

Some borrowers are in situations that demand financial certainty.

For example, consider a borrower who suffers from heart disease. Further medical complications could arise, and could lower the household income (the borrower may have to switch jobs or stop working altogether).

In these situations, a sudden rise in the SIBOR or SOR rates could be disastrous. If the rates climb too high, emergency savings that were meant to last six months could be wiped out in three.

With fixed rates, a borrower can predict how long his savings will last because his monthly mortgage commitments were already pre-determined right from the start.

When is a Floating Rate Better?

Floating rates are preferred by financially secure borrowers, who are certain they can weather market volatility. These borrowers are often out to preserve capital gains. Circumstances that favour floating rates are:

The Borrower is Making Loan Repayments via CPF, or Regular Partial Prepayments

Some borrowers choose to make loan repayments with CPF. These borrowers are seldom concerned by monthly fluctuations in the interest rate. As mentioned earlier, people are generally less sensitive towards how much money is coming out of their CPF accounts.

Also, there are some borrowers receive year-end bonuses from their jobs and may wish to use these bonuses to make regular partial prepayments to their loan (right from the first year) to lower their principle as much as they can. Floating rate packages that do not come with a lock-in period will allow them to make these partial prepayment without incurring hefty penalties.

Floating rate packages that do not come with a “no lock-in” period also gives borrowers the flexibility of refinancing anytime without incurring the above mentioned hefty penalties. If a borrower closely tracks the market, and is savvy when it comes to refinancing, he can derive significant savings from floating rates.

Such borrowers must constantly look out for the lowest rates. They need to time their refinancing, and stay up-to-date on the latest bank packages. They need to calculate whether the savings they would make from the lower interest rates will be more than the total sum of any other penalties/fees that might be incurred in the process. Before attempting this, read about the risks described in the bottom section below.

Interest Rates are Set to Fall

Interest rates are cyclical. No matter how high they are, the rates have to fall again at some point. Some borrowers attempt to time this cycle, switching to floating rates as soon as they spot the dip.

This strategy is not recommended for new home buyers, as it requires skilled analysis. Again, we will point out that home loan rates are already at a 10 year low (as of 2012). They are unlikely to fall further. At best, they will remain level for a few years before moving up; a scenario which might still be good enough for people to stick with floating rates.

Why Not Just Refinance Floating Rates All the Time?

Some readers might be wondering: “What is the point of fixed rates? Why don’t I just stick to floating rate packages with no lock-in, and keep refinancing every few months into a cheaper package whenever the rate goes up?”

The answer is that refinancing should be (and usually is) conducted every three years at minimum. If you try to refinance before that, you might run the risk of breaking the bank’s clawback* period (if applicable to your loan). There might also be other penalties and fees for refinancing prematurely (even for packages with no lock-in periods). All this additional cost might be more than what you would save should you refinance to lower interest rates. So what happens if the interest rate rises on the second year, or even a few months after you sign the loan?

You’ll be caught between paying the penalties, or suffering the higher interest rates. Not to mention, that the MAS recently made it mandatory for all banks to stop offering legal subsidies (for new purchases and refinancing). So when you refinance, you will have to pay the full legal fees (about $1,800 for HDB and $2,500 for private properties).

Also, loan packages move up in tandem. By the time you decide to refinance, there may not be a cheaper loan to refinance into. For example:

On year three, your floating rate package rises to 1.9%. You decide to refinance. However, the next best rate offered then is about 1.7%. You have no way of refinancing into the 1.5% fixed rate, because you gave up that opportunity three years ago.

Now you’re stuck paying 1.9%. If you had picked the fixed rate package, you would only be paying 1.5%, then and for the next two years.

In a nutshell, refinancing prematurely (even for no lock-in packages) can be very costly. Unless you know you’ll be so lucky as to find an awesomely low interest rate package deal down the road, don’t presume you can just skip from one floating rate to another and always “beat” fixed rates. Sometimes (with a lot of luck) the situation may work in your favour but most of the time it won’t; and this one very cumbersome and risky approach no amateur should take.

If you wish to get a floating rate package, be prepared to stick to it for at least the next 3 years. If you’re so afraid that interest rates will shoot up, then you are probably more suited for fixed rate packages to begin with. Either way, always consider the pros and cons of each package, as suits your financial situation.

*Banks typically have a three year right of clawback: If you refinance within that time, you will need to repay all the subsidies you were given. This may include costs such as legal subsidies, valuation fees and fire insurance. It often comes to around $2,000-$3,000. Repricing (switching packages within the same bank) might cost about $500 in “administrative fees”.

If you are deciding between a fixed or floating rate loan at the moment, you don’t need to crack your head to make sense of them. You can use the MoneySmart Home Loans Wizard which will help you compare the latest fixed and floating rate loan packages from the various banks in Singapore instantly.

Do you prefer fixed or floating rates? Comment and let us know!

Home Loans
HDB Loan vs Bank Loan – Which Is Better? 5 Things to Know Before You Commit (May 2022)

Home Insurance
HDB BTO Launch February 2022 Review: Tengah, Yishun, Kallang / Whampoa, Geylang
Sign up for our newsletter for financial tips, tricks and exclusive information that can be personalised to your preferences!