If you have a toddler in daycare or childcare, you would probably know that hand, foot and mouth disease has been passing from family to family – and this time it’s pretty vicious with adults contracting HFMD from their kids too. Just like the flu and dengue fever, HFMD is one of the infections that never really die off in Singapore. You can catch it any time if you’re not careful.

Unlike common ailments like colds and sore throats, getting HFMD is a little bit more risky. It can lead to complications ranging from finger/toenails falling off (!) to brain inflammation (!!!). And it’s also really contagious.

Here’s a primer to catching and treating hand, foot and mouth disease, and the costs of doing so in Singapore.

What is hand, foot and mouth disease?

Hand, foot and mouth disease, or HFMD, is an infection caused by a group of viruses. Children under 5 years old are particularly susceptible, but actually anyone can catch it, especially those with weaker or compromised immune systems.

But why is HFMD such a big deal in Singapore? There are some reasons that make it worrying:

HFMD is widespread in Singapore

According to MOH, 90% of kids in Singapore have had HFMD by age 12. In medical parlance, HFMD is “endemic”, which means it doesn’t rise and fall depending on external factors. It’s ALWAYS THERE in the background, whether it’s in the news or not!

You can get HFMD more than once

Unlike infections like chickenpox, which typically happen just once in your lifetime, HFMD can recur. If you’ve had the ailment when you were younger, you might have developed some immunity to it… but only to the one virus that caused it. Should a different HFMD virus hit you, you won’t be immune.

You catch HFMD when you are exposed to the viruses that cause it. Then, it’s spread from person to person by direct contact with nasal discharge, saliva, faeces and fluids from the blister of an infected person.

In population-dense Singapore, that means HFMD outbreaks can happen. In March 2018, there was a 65% jump resulting in 1,105 cases in one week. That’s an epidemic (we’re not exaggerating – anything more than 500 cases in a week makes it officially an epidemic).

HFMD can be deadly

Most of the time, HFMD is mild and people soon recover. But in 2000, 7 children died from HFMD in Singapore. In 2008, the illness claimed another 2 kids.

When the Enterovirus 71 (EV71) is involved, it can cause complications that affect the heart and brain, and result in death. The problem is that doctors can’t tell from symptoms alone if the EV71 is the cause, they need lab tests. Neither can they ensure only the milder viruses are involved. This uncertainty makes every incidence of HFMD worth monitoring.

What are the common HFMD symptoms?

Many HFMD symptoms look like those of any number of innocuous infections:

But there are two you should watch out for because they directly indicate hand, foot and mouth disease:

If left untreated, HFMD can potentially develop into viral meningitis or encephalitis (inflammation of the brain), especially in children with weaker immune systems. Watch to see if your child has:

If you spot these symptoms, send your child to the hospital immediately.

What to do for HFMD in children

As children are especially susceptible to HFMD, parents need to watch out for outbreaks as they can spread fast.

To that end, the MOH has put HFMD on its list of infectious diseases to be monitored weekly. In 2000, HFMD became legally notifiable, meaning doctors and schools must tell the Ministry if there is an outbreak.

Should you suspect your kid has the disease from the list of HFMD symptoms above, the first thing you should do is see a GP or paediatrician. Remember to call ahead of time so the doctor can take steps to prevent his other patients from coming into contact with your child.

HFMD is a viral infection, which means there is no cure for HFMD. You can only treat the symptoms and wait for your body’s immune system to do its job.

The doctor will simply prescribe medication for the symptoms. For example, a topical ointment for the blisters and probably a topical local anaesthetic (gel, drops, wash or spray) for the mouth ulcers.

Your child will be quarantined for 10 days. Don’t go to school, don’t go out and keep him (and his stuff – towel, books and toys, utensils) away from your other kids.

Inform the school immediately. If a childcare centre has more than 10 HFMD cases or an attack rate of more than 13% and a transmission period of more than 16 days, MOH will order it to be closed. This is to prevent the disease from spreading.

Apart from the fever, the mouth ulcers are the worst of the symptoms. While he recuperates, feed him soft foods (because swallowing will be difficult for a while) and plenty of fluids (ulcers dry the mouth, and the vomiting and diarrhoea can dehydrate).

If your child is old enough, you can offer him cubes of frozen fruit juices to suck on. It’ll keep him hydrated and numb the pain in his mouth. If yours is a toddler, a chilled pacifier (if you allow those) or a chilled teat (if he takes the bottle) are alternatives.

What to do for HFMD in adults

Though HFMD in children is more common, it’s possible for an adult to catch HFMD too.

You’re definitely at risk if you have an infected kid in the house, or if you’ve been in contact with someone else with the disease. Look out for the telltale oral ulcers and blister rashes in particular. If you have them, get yourself to a GP right away.

Again, the doctor can only prescribe medication to address the symptoms. Adults will usually get an ointment for the blisters and some numbing gel/spray for the mouth ulcers.

Just like children with HFMD, you’ll have to stay home for at least 10 days. Inform your employer as well.

How much does HFMD treatment cost?

The main components of your costs are (a) the doctor’s consultation and (b) medication.

Consultation varies quite a bit depending on whether you go to a polyclinic, private GP, paediatrician or a hospital. Medication typically costs from $50 to $150. These days, several health insurance policies for children cover HFMD.

If you don’t have insurance, treating HFMD costs quite a bit more than common childhood infections. According to a Lifebuoy survey from 2014, the average medical bill for HFMD was $207. The cost is bound to be way higher now.

… Which is why it’s worth it to invest in HFMD prevention:

A person with HFMD is most contagious during the first week of the illness. But note that you can continue to be contagious for weeks after the symptoms are gone. Others, especially adults, can catch HFMD, have no symptoms but still be contagious.

Have you ever kena HFMD? Share your tips on prevention and recovery with us.

Child Insurance in Singapore – Which Policy Should You Buy & How Much Does It Cost? 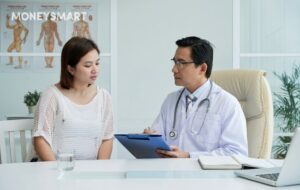 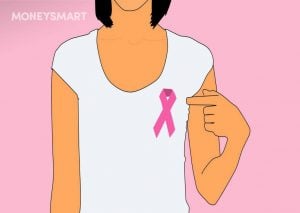 Healthcare
Breast Cancer Screening 2022: Where to Go for Cheap or Free Mammograms
Sign up for our newsletter for financial tips, tricks and exclusive information that can be personalised to your preferences!