You’ve probably caught yourself referring to Singapore as “this island” at least once in your life. But technically, Singapore is made up of 63 islands. That’s right. 63.

The two islands Singaporeans are most familiar with are Sentosa and Pulau Tekong. (If you’re a tourist, please don’t try to organise a trip to the latter.) But they’re not the only ones.

Don’t complain there’s nothing to do in Singapore before you’ve explored these 7 offshore islands which you can visit on day trips without your passport.

Just like the Earth has its own moon, Punggol has its own little island, and it’s called Coney Island. It’s located in the northeast of the Punggol area but no, the LRT does not go there.

Amazingly enough, Coney Island has not yet been taken over by some big shopping mall or condo development. It does feel quite wild and uninhabited, although this being Singapore, there are paved walkways and boardwalks. You can rent a bicycle on the mainland and ride it through Coney Island thanks to connecting bridges.

Other places to explore on Coney Land include the beach, which is hidden from the main thoroughfare, an abandoned mansion and the Lorong Halus wetland.

Do note that Coney Island is only opened from 7am to 7pm.

This is the best known and most-visited (by tourists, not NS men) island after Sentosa. But it couldn’t be more different from the latter.

Unlike Sentosa, Pulau Ubin has remained unsullied by the grasping hands of capitalism. That’s a nice way to say: don’t expect any theme parks or casinos here. Instead, you’ll be rewarded with one of Singapore’s last kampungs, surrounded by jungle and mangrove swamps, and flanked by views of the sea.

One popular activity on Pulau Ubin is to rent a bicycle and ride out to the Chek Jawa Wetlands, which is a unique ecosystem that includes beach, mangroves, forest and more. Jejawi Tower, a seven-storey tower which lets you view the jungle from above, is also worth the climb.

Price of bumboat tickets to Pulau Ubin from Changi Point: $3 each way, which adds up to $6 per round trip.

Kusu island is best known for tortoises. That’s right, the island’s got a whole bunch of tortoise statues which commemorate the fact that it’s name actually means Tortoise Island, thanks to an old legend about a tortoise turning into an island in order to save some humans.

Many of the visitors come to the islands to pray at the Da Bo Gong Temple and visit the shrines of Malay saints. If your idea of a great day trip involves some culture sprinkled in with your nature, you’ll like Kusu Island.

No, it’s not full of lepers. Lazarus Island is an island that can be accessed through St John’s Island. You simply walk across a narrow strip of land from one island to the other.

The island has a nice beach and is usually deserted, making it one of the few places in Singapore not plagued by crowds. Don’t expect to find any amenities here though. The lack of toilets is precisely what keeps the crowds away.

To get to Lazarus Island, take a ferry from Marina South Pier to St John’s Island and then simply walk across the causeway connecting the two islands. So technically, you’re exploring 2 islands when you take the $18 return ferry.

Price of return ferry to Lazarus Island: $18 ($12 for kids) per round trip

If you’re visiting Lazarus Island, you’ll have to first take a ferry to St John’s Island, the more well-known of the two.

The island is rumoured to be haunted, but it’s also a nice little slice of nature thanks to its many cats, beaches and lagoons.

If Lazarus Island is too wild for you, you’ll find slightly more amenities on St John’s Island, where you can take walking tours organised by Nparks once a month and use actual toilets instead of the bushes.

Nature lovers have been eyeing Sister’s Islands ever since they were awarded marine park status a few years back.

These two islands are home to some of the most untouched natural landscapes in Singapore, as well as lots and lots of wild monkeys that you should absolutely avoid feeding. Picnic with caution as the monkeys can get aggressive.

As there are no scheduled ferry services to the Sisters Islands, you’ll need to charter your own boat. Expect to pay at least $200.

To the superstitious, Pulau Hantu’s name is scary as hell. Hantu means ghost in Malay. Wow, already sounds like it’s going to be a great trip….

Singaporean divers sometimes visit Pulau Hantu as it is one of the few decent dive spots. Strictly speaking, Pulau Hantu is actually composed of two separate islets, Pulau Hantu Besar and Pulau Hantu Kechil. At low tide, you can wade from one island to the other.

It’s also one of the few coastal areas in Singapore where you can swim and snorkel without feeling like you’re going to turn into Swamp Thing.

If you’re not a diver or fishing enthusiast, you might not have considered visiting Pulau Hantu as there are no regular boat services that can take you there. You’ll have to charter your own boat, which can cost at least $300 two ways. At such prices, you don’t want to go alone, ghosts or no ghosts.

Have you visited any of the above islands? Share your experiences and tips in the comments!

7 Best Things to Do in Batam That Are Super Affordable 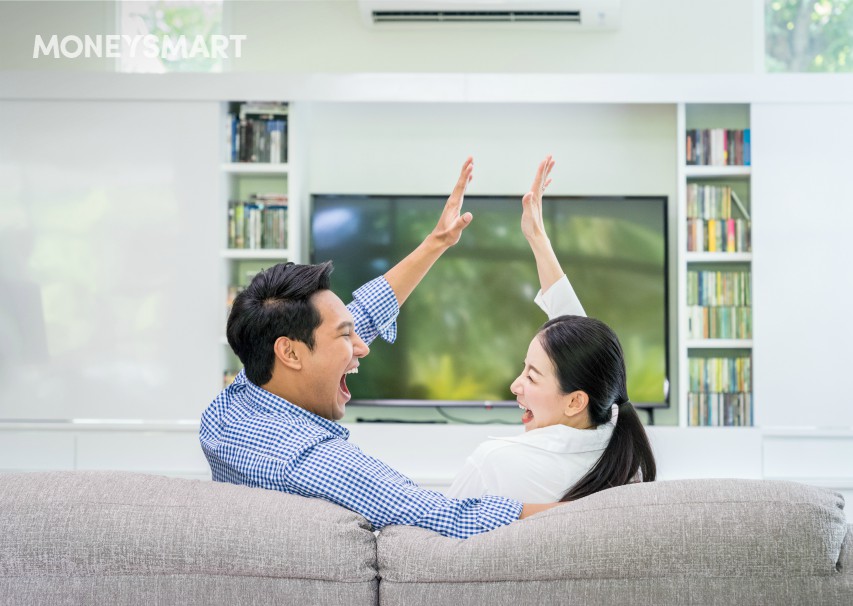 Entertainment
Yet to Create Your Free Singtel CAST Account? Sign Up & You Could Win A 42” Samsung UHD TV or GrabFood Vouchers

Entertainment
Ever Wonder How Much We Actually Spend on Entertainment? Let’s Do the Math
Sign up for our newsletter for financial tips, tricks and exclusive information that can be personalised to your preferences!