If You Run an SME, Here Are the Most Important Elements of Budget 2016

Did you know I have something in common with Finance Minister Heng Swee Keat and his predecessor Deputy Prime Minister Tharman Shanmugaratnam? We all wear glasses. And while the three of us might be literally short-sighted, there’s nothing short-sighted about the government’s consistent commitment to business growth in Singapore.

And the maiden Budget speech that Mr Heng gave last month echoed the Budget speeches of his predecessor DPM Tharman, in that he continues to recognise the importance of supporting small and medium enterprises in Singapore. Measures to strengthen local industries, such as the creation of new industrial spaces to cluster companies within the same industry and support to Trade Associations and Chambers to strengthen their capabilities and drive industry-wide solutions to common challenges were announced.

SMEs stand to benefit from having greater industry support as well as a more competitive industry. SMEs also enjoy financial support from a wide range of measures such as grants and tax rebates. But too often, it’s not clear what measures are available for businesses, or whether you’re eligible for them. Well, we’ve done the legwork for you. Regardless of where your company is on your enterprise journey, here is what Budget 2016 has for you:

The first step to getting help is knowing what help is actually available. Mr Heng admitted that although there’s a range of incentives schemes, some firms may often be confused as to which applies to them, or which agency is relevant to their interests.

Hopefully, this problem will be solved with a new Business Grants Portal, expected in the fourth quarter of 2016, as a centralised source of information on all grants available from government agencies. Through the Portal, SMEs should be better equipped to tap on the various financial aid available at different stages of their development.

In addition to the grants, the government is introducing an SME Working Capital Loan scheme for an initial period of 3 years, which lends up to $300,000 for each SME. This is especially useful for an SME starting out, when cashflow issues are a major problem. The government will co-share half of the default risk with participating financial institutions. This announcement comes on the heels of DBS’s announcement that they are the first bank in Singapore to offer SMEs bridging loans, which are collateral-free and have preferential interest rates.

However, start-ups also need to be aware that the cash payout rate under the Productivity and Innovation Credit (PIC) scheme will be reduced from 60% to 40% for expenditures incurred on or after 1 August 2016, and the PIC scheme will expire after the Year of Assessment 2018. According to Mr Heng, this move is to shift away from broad-based support to more targeted measures. The implication is clear – firms cannot just do their own thing and expect the government to subsidise you. If you want state aid, you’re going to have to move in the same direction that the most competitive firms are going. Ultimately, however, this stands to benefit the company as it is somewhat of a partnership towards improving the performance of the company overall.

2. What Budget 2016 means to start-ups looking to grow and scale-up

“Increase productivity, scale up and internationalise” became quite the catchphrase for Mr Heng during his Budget speech. But he’s also putting his money where his mouth is – literally, and most of the announcements will benefit companies looking to scale up in the next few years.

It’s 2016, we’re a year AFTER the future in Back to the Future, and Mr Heng knows it. Recognising that companies will only move towards automation if there are subsidies behind it, he has announced a new Automation Support Package. This is a combination of measures that includes a grant of up to $1 million that funds up to 50% of the automation project costs, a 100% Investment Allowance for approved capital expenditure, better access to loans for qualifying projects by SMEs, and assistance for such firms to enter overseas markets.

Needless to say, if your firm can take advantage of this Automation Support Package, you should. It’s expected to provide support of over $400 million over the next 3 years.

If your company is not thinking of automation but looking at growing the business at this point, there are other avenues to support you in your endeavour. First, Mr Heng announced that another $50 million has been added to the SME Mezzanine Growth Fund, bringing it to $150 million. Introduced in Budget 2014 to help SMEs obtain more flexible funding, the additional funding will provide more capital to support SMEs in growing their business locally and internationally.

Second, SMEs seeking opportunity to grow via acquisitions can also get more support for their mergers and acquisitions (M&A) deals. The value of qualifying deals eligible for M&A allowance has been raised from $20 million to $40 million. This means that companies can now enjoy up to $10 million of M&A tax allowances per Year of Assessment (25% of the value of the deal) instead of $5 million. This move will hopefully encourage larger SMEs to cast the net wider when looking to acquire other companies with the higher tax savings.

There’s also good news in the form of an increased Corporate Income Tax rebate, from 30% to 50% of tax payable with a cap of $20,000 rebate per year for the Years of Assessment 2016 and 2017. With this increased Corporate Income Tax rebate, grants and a slew of other ways to manage the tax costs such as through tax deductions and allowances, a smart SME owner has the opportunity to sit down and think through how the company can maximise the value from these measures. With the additional cash flow from the tax savings, you can use it to fund your business expansion plan.

In addition, the Special Employment Credit scheme has been adjusted and extended for another three years. This extension will help to defray the costs of hiring workers aged 55 and above and paid up to $4,000 a month. In fact, companies hiring Singaporeans aged 65 and above can currently have their wage costs be defrayed by up to 11% of their monthly wage till the re-employment age is raised in 2017. If you are scaling up your business and the work can be performed by older workers, there really is no reason not to give this a shot. Not only will you be able to leverage on their rich work experience, you can also keep your cost down even as you grow your business.

3. What Budget 2016 means for companies looking to go international

Once your business has reached a certain level in Singapore, it’s time to look to expansion overseas where the markets are significantly larger. To that end, Mr Heng also announced several measures to help. Some initiatives such as the Global Company Partnership and Market Readiness Assistance programmes can help to prepare SMEs for what might seem like a daunting and costly task, reducing the perceived risks companies might envision before taking a jump overseas.

Speaking of taxes, the Double Tax Deduction for Internationalisation has been extended by another four years to 31 March 2020. This allowed companies to claim 200% tax deduction on items like airfare, hotel accommodation for overseas business development and investment study trips, and even salaries of Singaporeans posted overseas.

So no matter what stage your company is at, Budget 2016 has something for you. Seen in the light of existing schemes and programmes from previous Budget announcements, it’s clear that there is now a specific direction that the government is encouraging firms of all sizes to move towards – towards greater innovation, internationalisation, and enterprise. SMEs should take advantage of this to restructure accordingly and maximise the benefits available to them.

Are you an SME owner? What do these announcements mean for you? We want to hear your thoughts. 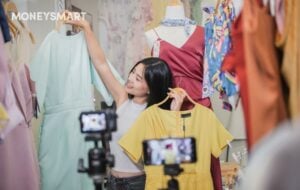 Career
Ever Wondered How Much Your Doctor and Lawyer Friends Earn?

Budgeting
Best Fibre Broadband Singapore 2021: Singtel vs Starhub vs M1 vs Others 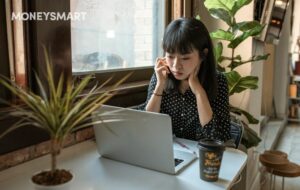 Business
How to Start a Business in Singapore: 7 Steps to Becoming Your Own Boss 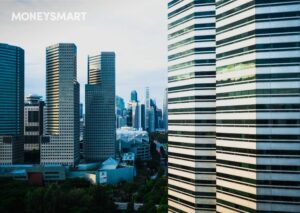