Most times, Singaporeans have the amazing ability to convert a wide range of foreign currencies to SGD using the power of their minds. But everyone has days when our brain just doesn’t want to have to do math. When that happens, whip out your phone and let these 7 free currency converter apps do the work for you. 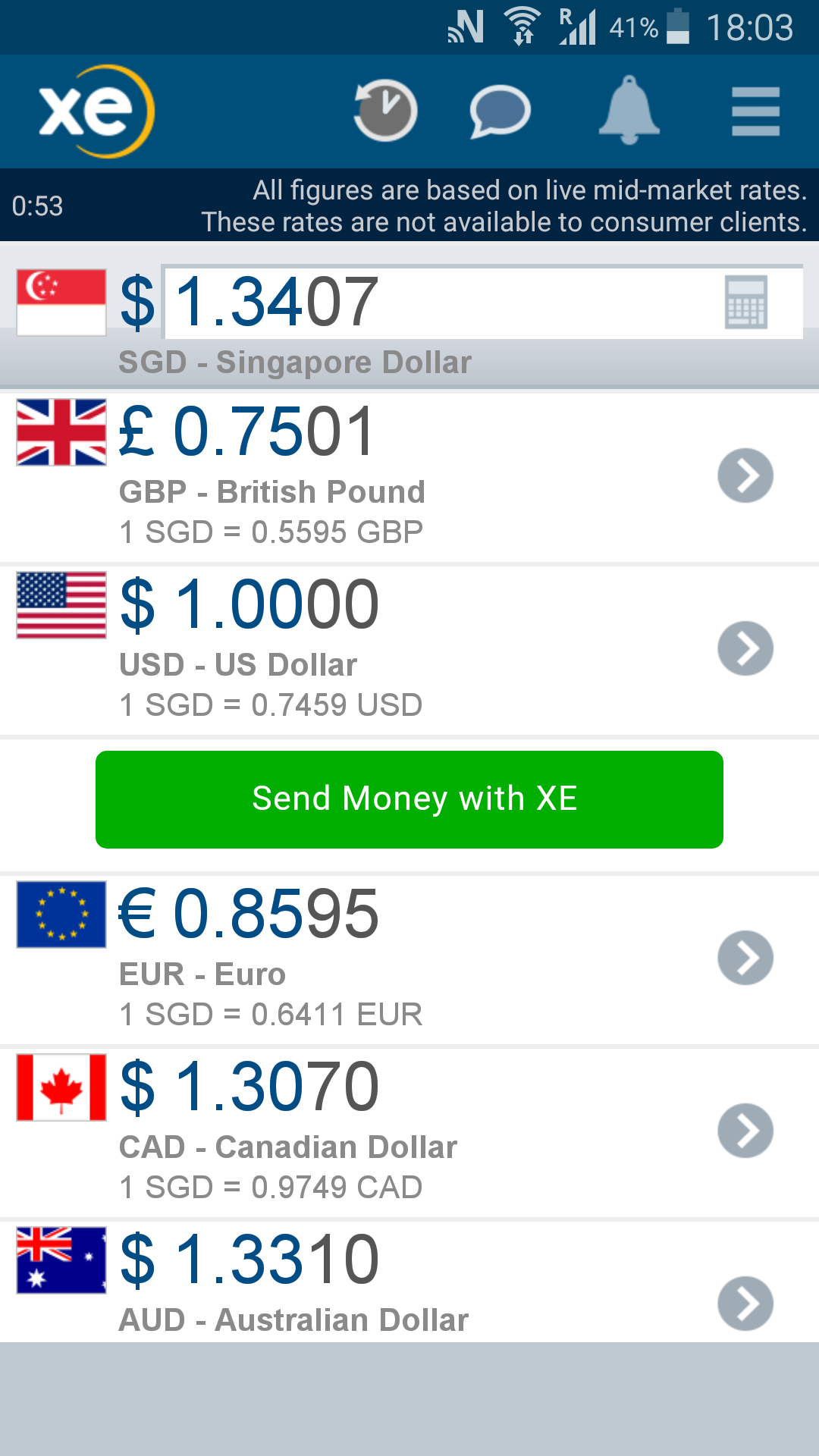 Well, they now have their very own mobile app that even works offline, so you can continue to use it without mobile data in a foreign land. Just make sure you download the foreign exchange rates for each currency pair you’re interested in before you go offline.

You can also sign up for personalised rate alerts, especially if you’re lying in wait for a good exchange rate before swooping down on the moneychanger at Mustafa. 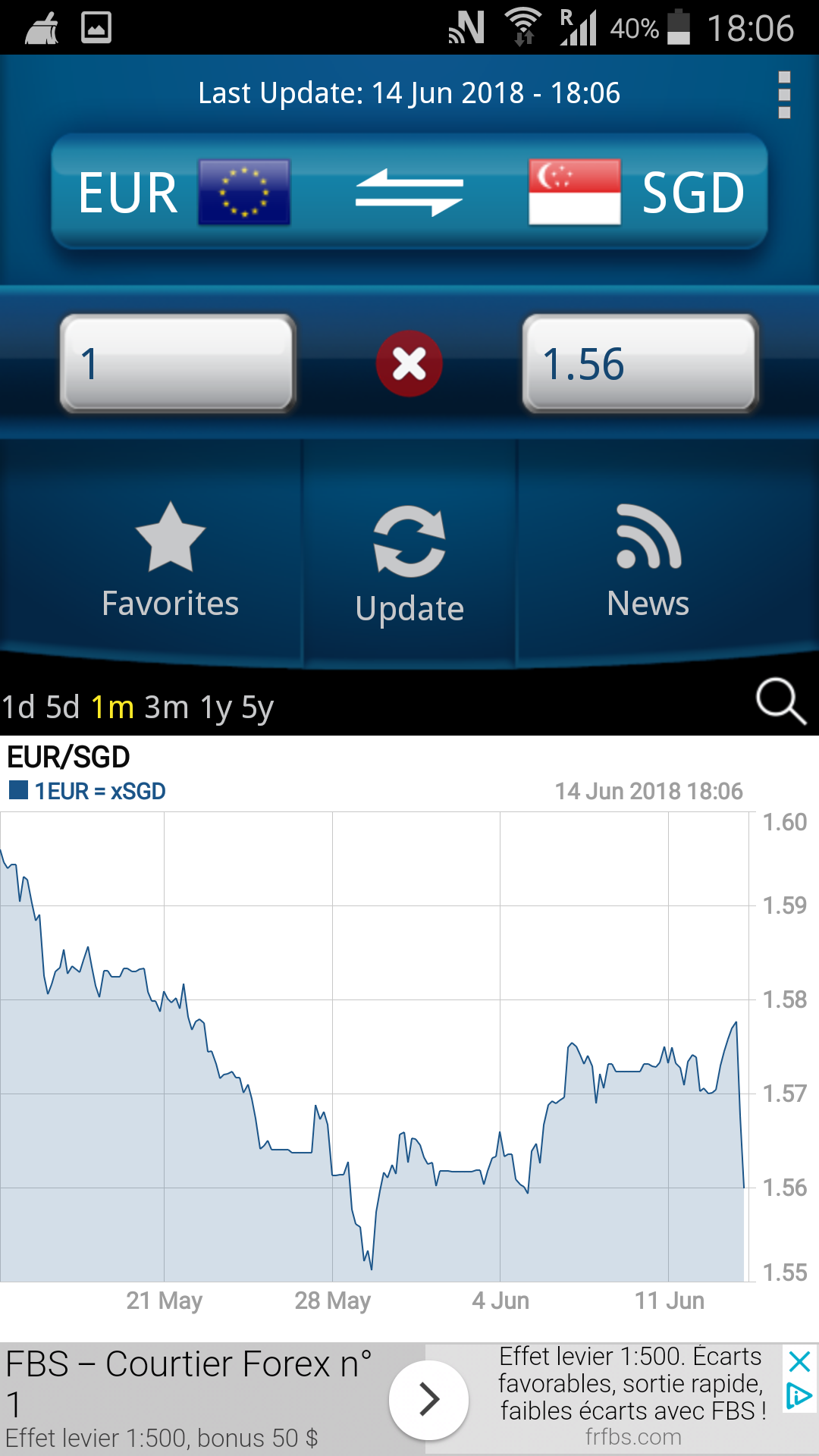 As the app’s name suggests, this is a very simple and straightforward app to use, even if you’re an 85-year-old who’s never used a smartphone before.

Using it is as easy as Googling. You simply select which currencies you wish to convert at the top of the screen, and the app generates the exchange rate, as well as a chart of the currency pair’s performance in the past month.

The app also has a handy offline mode option which will then display the last recorded exchange rates whenever you select a currency pair.

Currency Converter Plus Free with AccuRate 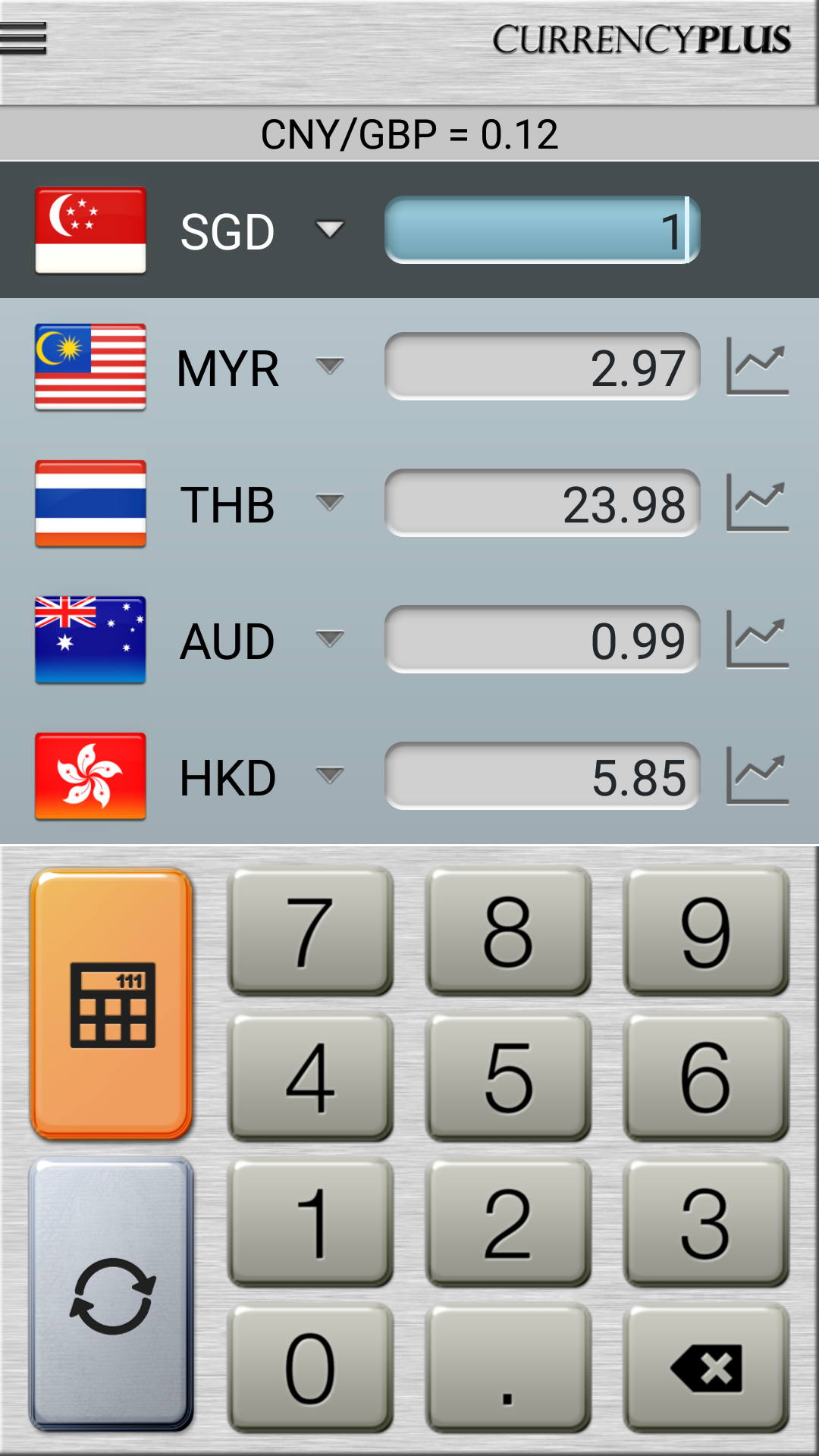 This app is one of the top-rated currency converter apps on Google Play, so you might be wondering just what it can offer.

The app contains a few frills that make it just a bit more interesting than the others.

For instance, it can detect your location and adjust the currencies on display automatically according to where you are. That means you’ll never again have to waste 30 seconds scrolling through the list of currencies to select SGD.

You can also select up to four currencies to convert by simply selecting on-screen drop down windows. That means you can pick the currencies you most frequently buy, based on your most-visited holiday destinations. For many this would definitely include Malaysian Ringgit and Thai Baht. 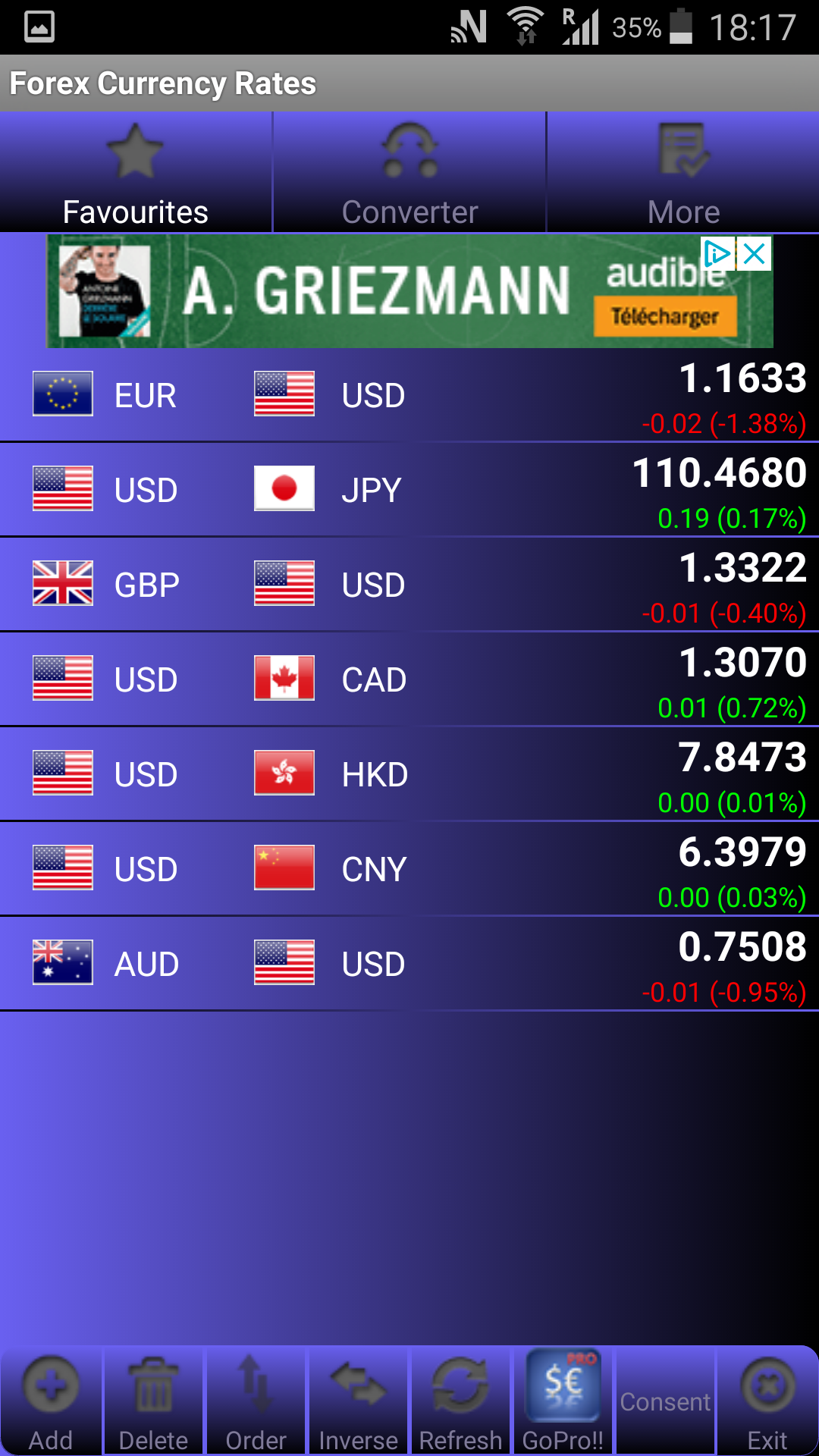 If you’re the type of person who checks exchange rates because you’re about to earn or lose a million on the forex market, rather than to figure out when would be a good time to do groceries in JB, you should download this app.

The app displays the exchange rates for all your most-watched currency pairs. When you click on each one, one-day and five-day charts are displayed on the screen. This app has a deceptively simple-looking interface, but is actually quite useful because it lets you add commission rates so you know how much you’re really paying when you withdraw currency from an ATM machine, pay by credit card and so on.

Simply select your currency pair and then pick the commission rate to tack on. Commission rates range from 0% to 5%.

If you have a spouse who morphs into a shopaholic on holiday, install this app on their phone and add a big commission rate to the exchange rate. 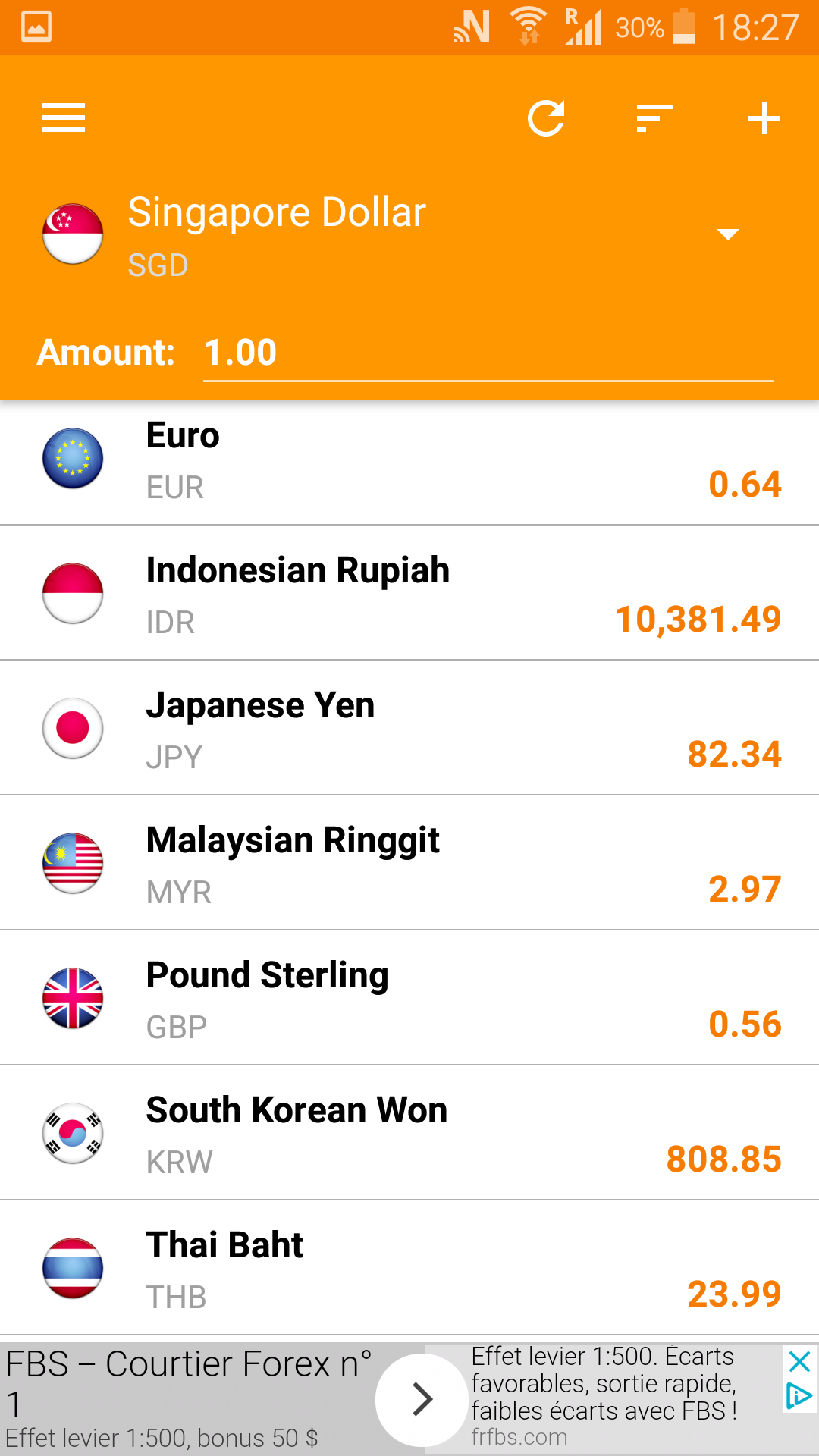 After going through so many currency apps, this one really doesn’t bring anything new to the table.

Still, it’s relatively pleasant to use since you can select SGD as your main currency and then add a long list of currencies to convert to. Click on each currency and you’ll get to see charts.

The app lets you identify at a glance which currencies are giving you the best bang for your buck, and therefore which countries you should plan your next holiday to. 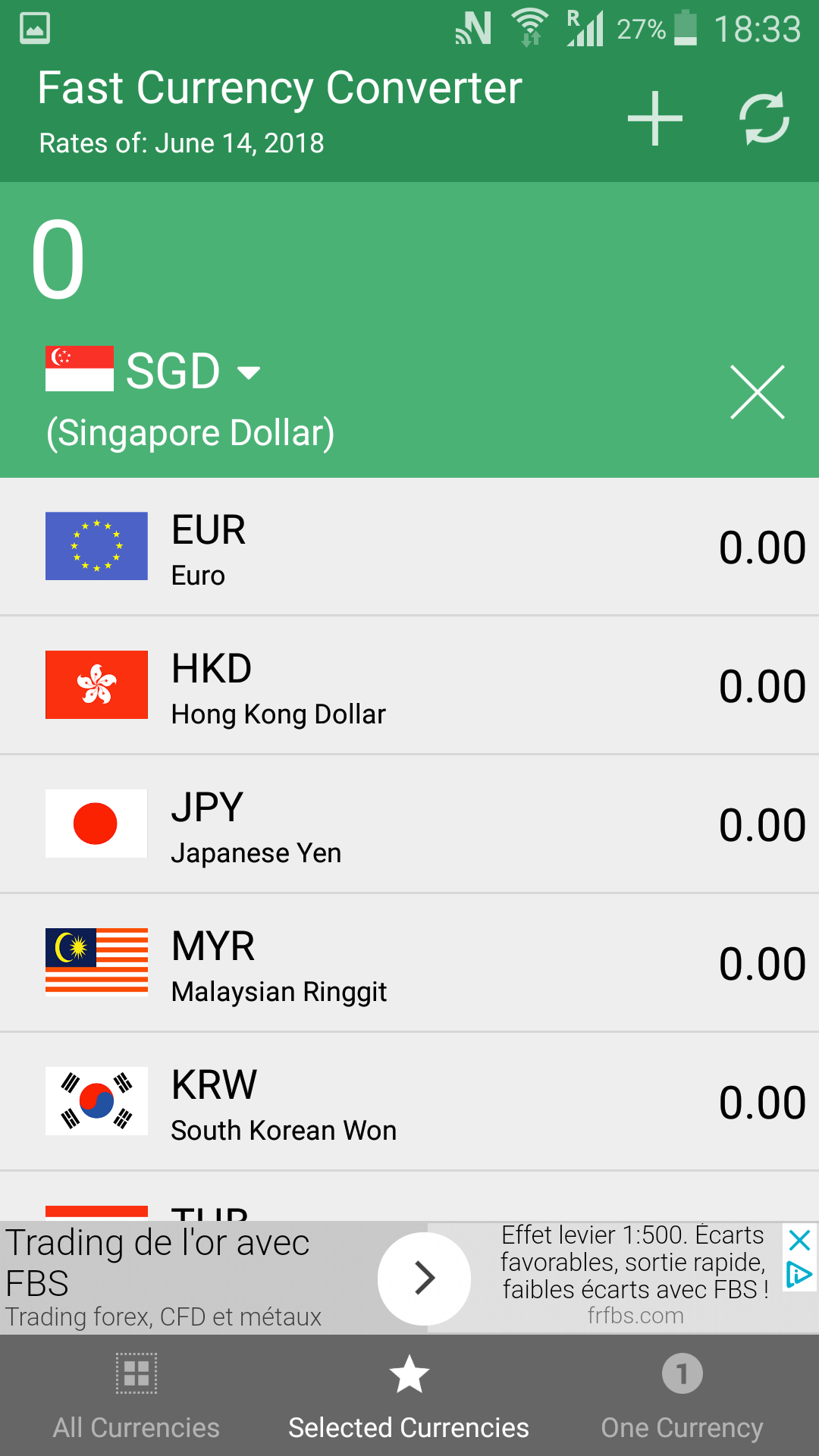 Nobody wants to get stuck in front of a cashier counter in a foreign land, trying to figure out if they are actually being charged 500 SGD for that exotic lamp they’re about to buy.

This app can get you out of that jam fast, and it had better, given its name. You can toggle between the list of all currencies, your selected currencies and one-on-one currency pairs in less than one second thanks to easy-to-find buttons at the bottom of the screen.

You choose your desired currency by selecting the star beside each flag on the list of all currencies. Our main gripe is that you cannot select currencies simply by typing their names, which would be even faster. Still, after selecting your currency of choice, the interface is indeed as fast as it says it is.

Which currency converter apps do you use? Share your recommendations in the comments!

Exchanging Foreign Currency in Singapore? Here’s a Way to Decide Which Money Changer to Visit