Spend a weekend in Bangkok and you’re sure to hear that familiar Singaporean accent in all the famous touristic and shopping spots. That’s because Singaporeans freaking love this city.

To get prices of flights, transportation, accommodation and data sim cards, read our complete travel guide to Bangkok.

The food is excellent, the shopping is incredibly cheap and trendy, and as Singaporeans, we’re unfazed by the crowds.

Bangkok is a very affordable destination and this city can be visited very cheaply if you’re willing to do the leg work. Here’s how to spend less than $500 for 7 days 6 nights in Bangkok.

Cheap flights to Bangkok from Singapore

All the main budget airlines, namely Tiger Air, Air Asia, Jetstar and Scoot operate multiple flights per day to Bangkok, so it shouldn’t be too hard to get cheap tickets any time of year.

You should pay around $150 for tickets booked a month or two in advance and not during an ongoing sale. If you book even further in advance or during a sale, you’ll be able to shave quite a bit off the ticket price.

That being said, if you choose to fly over public holidays and don’t book well in advance, be prepared to get ripped off.

Bangkok has such a reputation for being cheap that most Singaporeans just end up staying in four or five star hotels. If you book on Agoda you can stay in a four star establishment for 80 SGD a night—look out for their generous discounts and flash sales.

On the other end of the scale, a room for two in a very basic guesthouse will cost anywhere from 15 SGD to 30 SGD a night. The conditions won’t be great, but at least it’s a place to lay your head (and feet) after long shopping sprees.

Because accommodation is generally cheap, few Singaporeans bother looking for accommodation on Airbnb when going to Bangkok, which is a pity because you can get very luxurious accommodation for very little.

If you’re determined to have a budget itinerary for Bangkok and are travelling with one or two friends, you can easily get something very comfortable or even luxurious for 15 SGD a night or less if you’re willing to do the legwork on Airbnb.

For the shopaholics who just need to stay in a hotel near Platinum Mall Bangkok or Pratunam market, read our guide to 15 best hotels in that area.

BTS Skytrain, taxis and tuk tuks – How to get around in Bangkok 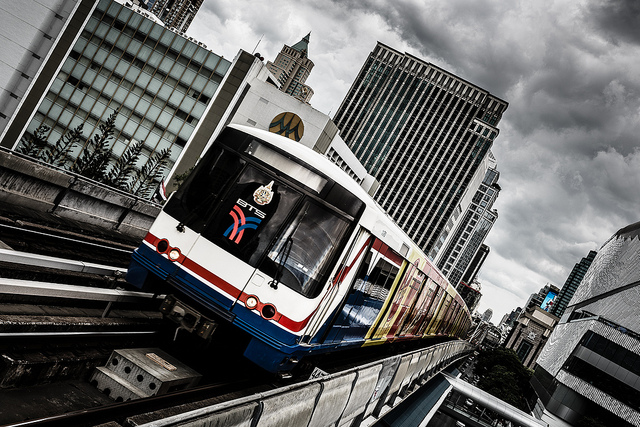 Singaporeans usually just hail a taxi or tuktuk in order to avoid actually having to walk anywhere in Bangkok, but if you’re on a budget do consider taking the BTS Skytrain, which reaches the doorstep of key attractions like Chatuchak Weekend Market. Each ride costs between 15 THB (0.63 SGD) and 42 baht (1.77 SGD).

You’ll probably find yourself taking tuktuks at least some of the time (they’re usually cheaper than taxis unless you get ripped off), and prices are largely dependent on how well you can haggle.

In general try not to pay more than 150 THB (6.31 SGD) for rides within the city centre and use Google Maps (download an offline map of Thailand beforehand) so you know how far you should be travelling.

From the airport, use the Airport Rail Link (a train from the airport to the city) that gets you to Phayathai Station in the city centre for only 45 THB (1.89SGD). Have tried it, and can confirm it is fast and efficient.

Top things to do in Bangkok 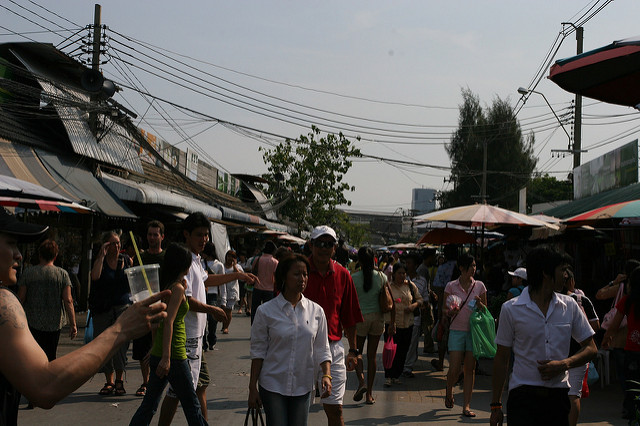 Most Singaporean tourists in Thailand don’t even bother sightseeing. They just make a beeline for Chatuchak Weekend Market and the big malls like MBK and Siam Paragon. Still, we’re going to include some of the more famous sights in this Bangkok budget itinerary just in case you, gasp, don’t want to spend the entire trip shopping and eating.

Bangkok is a foodie’s paradise, not only because Thai food is delicious, but also because you can eat virtually everything that’s available in Singapore—sushi, Chinese, Italian, etc—at a fraction of the price.

But let’s face it, most Singaporeans’ budgets are going to be higher than that because of the copious amounts of shopping they’ll be doing at Platinum Mall and Chatuchak.

But if you really don’t care that much for shopping and just want to soak in the chaos in one of Asia’s most exciting cities, it doesn’t have to cost you much.

Have you ever been to Bangkok for less than $500? Share your experiences in the comments!

Travel
How to Claim Travel Insurance? A Comprehensive Beginner’s Guide (2022)

Travel
Train to JB Guide – How Much KTM Train Tickets Cost & How to Get There
Sign up for our newsletter for financial tips, tricks and exclusive information that can be personalised to your preferences!