“Singapore so expensive!” and “Wah lao, [insert hawker dish here] price went up again!” are common refrains at the HDB void deck and on forums. Judging by the recent spate of mainstream media news reports about rising costs, such sentiments will probably continue well into 2019.

While it’s tempting to blame all our woes on the Gov, unfortunately, many of these increases are due to global factors and completely out of our ministers’ control. So the best we can do is to understand why these cost increases are happening and be prepared for the financial onslaught.

Here are 5 major things that are expected to get more expensive for Singaporeans in 2019:

Singapore’s Public Transport Council recently announced that bus and MRT fares will go up by 4.3%, effective 29 Dec 2018. 4.3% is the maximum allowable increase according to PTC regulations. Yikes!

In real money terms, this means the following fare increases will apply.

These fare hikes are for those travelling with EZ-Link, NETS FlashPay or ABT bank cards. For cash fares, the fare hike is much steeper at $0.10 per journey for adults (no change for everyone else).

The current $0.50 discount for entering MRT/LRT stations before 7.45am on weekdays still remains the same.

But… why are transport fares rising now, when they were actually reduced in the past few fare revision exercises? There were several generic reasons given, such as increases in energy and labour costs.

Both MRT operators also gave specific reasons why they need more money. SMRT, which operates the ageing North South and East West Lines, said they were spending a lot of money trying to repair and maintain their train network. Meanwhile, SBS said they’ve been losing money since they opened the Downtown Line. (Not surprising – the blue line is always so empty.)

In any case, shouldn’t SBS and SMRT be trying harder to monetise their massive commuter base, such as by selling more ads, rather than passing the costs down to us?

For now, it seems we all need to suck it up and pay those extra few dollars every month. Or find a new job that lets you work from home.

Feeling smug about not being hit by MRT fare hikes because you drive? Time to wipe that smirk off your face. You may have saved a bunch of money with the recent plummet in COE prices, but petrol costs are expected to go up in 2019.

Rising petrol prices are going to be a huge worldwide phenomenon now that global oil prices are soaring. As of October 2018, the price of oil was already US$80 a barrel, nearly double that of the usual US$40 to US$50 a barrel price, which has been typical since 2015.

Why are oil prices going up? It’s not easy to explain, because the price of oil is extremely complex and involves not just supply and demand, but also the geopolitics of oil-producing countries. In the current case, prices are affected by political trouble brewing between the US and crude oil producer Iran.

I won’t profess to understand how it all works, but for a very fascinating tangent, read this Wikipedia article on the price of oil.

As for how regular Singaporeans will be affected by the increase in oil prices, we’ll feel it in the main sources of energy: petrol, gas and electricity.

Among these, the scariest one is electricity, because the increase in global energy prices coincides with the rollout of the open electricity market in Singapore.

For the moment, we’ll enjoy low prices due to energy companies fighting for our business, but what happens when the market stabilises and promotional rates no longer apply? Well, oil prices are expected to stabilise by late 2019, sooo… electricity prices should follow suit. In theory. Hopefully.

If not, the $20 per household increase in U-Save, which kicks in in 2019, will definitely come in handy.

The price of water in Singapore has been increasing for the past couple of years. While most households are not terribly badly affected – thanks to initiatives like U-Save – private businesses like your local kopitiam have been feeling the pinch and passing on the costs to the consumer. In effect, this means kopi prices have been going up.

Now add the increasing cost of gas to the higher cost of water, and what do you get? All I’m saying is, don’t be surprised if your favourite cai png stall removes the word “Economic” from its “Economic Rice” signboard next year.

But that’s not all. According to a Today report, there’s another spanner in the works with regards to food prices: the weather.

According to weather agencies, many regions in the world will face adverse weather conditions, including some of the key countries we rely on for food, such as Australia, our biggest source of dairy.

Australia is suffering a terrible drought, which not only means loss of livelihood for their farmers, but also a shortage of meat, dairy and produce for Singapore, and therefore higher prices. This doesn’t only affect rich people with a penchant for cheese, but could trickle right down to everyman essentials like infant formula.

Even without the El Nino effect, other staples can also get more expensive. Today says that the price of rice in Singapore has gone up 3.6% compared to a year ago, due to increased worldwide demand for rice.

Don’t forget that the rise in all-round energy prices will most likely push up food prices too, since the majority of our food is imported. Now is a very good time to start growing your own veggies.

Maids are the truly unsung heroes of Singapore society. Without them, I suspect the birth rate would be much lower than it already is, because so many Singaporean parents simply can’t cope without a helper.

However, from next year onwards, hiring a maid will cost more for some employers. That’s because MOM’s monthly levy for hiring foreign domestic workers (FDW) is set to rise from 1 Apr 2019:

Concessionary households are those with children (under 16 years old), seniors (67 years old and up) and/or persons with disabilities (any age). For such households, there’s no change so you can continue to get the “discounted” levy for up to 2 maids per household.

For all other households, the rather drastic increase in levies should deter you from “needlessly” employing maids. After all, it’ll add on to the already rather high cost of employing a helper in Singapore.

The good news is that you have tons of cost-effective options these days if you just want someone to come in and clean up your mess. And, um, there’s always the Xiaomi robot vacuum cleaner.

Planning to quit your job and travel the world in 2019? Better hang in there until you get your annual bonus, because global airfares and hotel prices are both expected to rise next year.

The expected 2.6% increase in airfares is partly due to the increase in oil prices (no surprises there), but it’s also because the reality of operating costs is finally catching up on us after a good few years of fierce competition and unsustainably cheap fares.

Travel fare hikes are nearly invisible because of the constantly fluctuating nature of flights, but the increase will be there nonetheless, either in the form of higher fares and/or fuel surcharges.

It seems that rising airfares are doing nothing to cool our appetites for travel, because hotel room rates are also expected to increase due to high demand. Brace yourself: Experts are predicting increases of more than 5% in Asia and Europe, and 2.1% in North America.

One region that will not be hit by this “surge pricing” is Latin America, where hotel rates are expected to decrease by 1.3% in 2019. Out with Paris, in with Peru!

Oh, and there’s also the increased departure charge for flying out of Changi Airport too. As of 1 July 2018, passengers now have to fork out $47.30 in departure charges, up nearly 40% from the original $34.

Of course, just like with airfares, the price increase is nicely tucked away as a line item in your total bill, so you’ll hardly feel the difference. But just in case you do feel the pinch, consider these no-flight travel getaways instead.

Yes, the cost of living in Singapore is on the rise, but at the same time, wages are expected to grow as well. The overall average growth for resident wages in the first half of 2018 was 3.8%, and this is expected to continue next year. Industry experts project a 4% growth in 2019.

While no one would say no to a raise, the wage growth also affects the cost of goods and services. It adds to businesses’ labour costs, which are inevitably passed down to consumers. Not necessarily a good thing, then.

Another potential issue that might come up is income inequality. There are very polarised opinions on the income gap in Singapore. Many have a political agenda; some outright deny its existence.

But this much is obvious: If you’re a salaried employee and you get a 4% raise next year, good for you. You just might be able to cope with the rising cost of living. However, if you are in a low-skilled industry, work in the highly changeable gig economy, or are unemployed… then you will really feel the pinch.

Before I end this article, I’ll leave you with one more chilling fact to think about.

This is a very hard statistic for me to swallow. Who ARE these people? I personally don’t know any millionaires and I highly doubt you do.

But the real question is: How will the growing population of the super-rich impact you and me? I don’t know how this will play out in 2019 and beyond, but I have a feeling it won’t exactly be fun for us.

How do you plan to cope with the price increases in 2019? Tell us about it in the comments!

Housing Loans On The Rise – Should You Pick Fixed Or Floating Interest Rates?

Budgeting
The MoneySmart Guide to Retirement Part 3: Growing Your Wealth

Budgeting
11 Popular Vet Clinics in Singapore and Their Prices (2021)

Budgeting
How to Go Green the Digital Way (Plus, Save on Costs Too!) 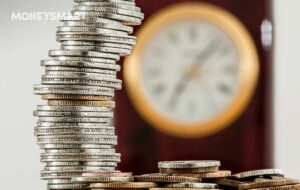 Budgeting
CPF Top Up Guide: Should You Top Up Your CPF for Tax Relief?

Budgeting
10 Ways to Reduce Your Personal Income Tax in Singapore for YA2022
Sign up for our newsletter for financial tips, tricks and exclusive information that can be personalised to your preferences!