Guide to Singa Bonds: Is This New Type of SGS Bond a Good Investment?

Looking for a way to invest in Singa the Courtesy Lion? Unfortunately, you can’t raise society’s graciousness levels by buying “Singa Bonds”, also known as SGS Infrastructure bonds or simply SGS bonds. But you might be able to make a bit of cash from the investment.

So, are these bonds worth investing in and can you get good returns from them? Let’s find out.

How do bonds work?

Bonds offer governments and companies a way to raise money by “borrowing” cash from investors in exchange for interest.

When you buy a bond, the money that you pay is tantamount to a loan to the bond issuer. In exchange, the issuer will pay you interest (also known as a coupon) for as long as you own the bond, usually every 6 months in the case of Singapore government bonds.

Like good looks, bonds are not forever—they all come with a term or tenure. For Singapore government bonds, this term can be anywhere from 2 to 30 years.

When the bond reaches the end of its term or “matures”, the issuer will “redeem” or repay the loan by paying you the “face” or “par value” of the bond, which is indicated when the bond is issued.

Some bonds will also give you the option of redeeming them early, although that might affect the redemption value.

Is there another way to get rid of a bond before it reaches maturity? Yes, you can sell it. For instance, you can sell Singapore government bonds on SGX.

You can buy bonds when they are issued through what is known as a “public offer”. At that point, you will pay the face value of the bond.

After the public offer has passed, you can still buy the bond at any time on an exchange such as SGX so long as there is someone selling it. At this point, you will pay the market value of the bond, which depends on demand and supply.

So, what’s the point of buying bonds? You can buy bonds to collect passive income via interest, as well as try to profit by selling your bonds at a higher price than you paid for them.

What are Singa Bonds?

So, what are Singa Bonds? They are a new government bond issued by Singapore’s central bank in order to raise funds for infrastructure projects.

Singa actually stands for Significant Infrastructure Government Loan Act, which was passed in May by Parliament. I’m 99% sure they came up with the acronym before the actual name.

The act authorises the government to raise funds for “nationally significant infrastructure” by issuing securities like bonds.

The most recent Singa Bond issuance is the first of many to come.

The government has announced plans to borrow up to $90 billion in the next 15 years in line with the SINGA. Projects in the pipeline that need to be financed include the Cross Island Line and the Jurong Region Line, as well as infrastructure to combat rising sea levels.

What were the first Singa Bonds?

The first tranche of Singa Bonds was sold in an auction on 28 September 2021.

They were oversubscribed, as enthusiastic investors snapped up $2.6 billion worth of bonds with total bids adding up to $4.1 billion.

There is one thing to note, though. Unlike their cousins the Singapore Savings Bonds, which can be redeemed at any time at par value, Singa bonds don’t allow for early redemption.

Are Singa Bonds a good investment?

Judging by the high demand, a lot of investors seem to think so.

Government bonds are generally considered a low risk, low reward investment. And the Singapore government the most financially conservative of them all. They’re one of the few governments in the world with an AAA rating, which means they’re the model students of the investment world as far as safety is concerned. The whole world could go up in flames and the government still wouldn’t default.

For those who intend to hold on to them until maturity, Singa bonds are a very long-term investment as they run for a whopping 30 years. They cannot be redeemed before the maturity date, so if you want to get rid of your bonds you’ll have to pray for good market prices.

As is usually the case with government bonds, the coupon rate isn’t great at 1.875%. In other words, it’s not going to make you rich, or even protect your cash from inflation.

So, Singa Bonds can be given a small allocation to balance risk in your portfolio, but you should not be throwing huge amounts of cash into them.

You can use your CPF savings to invest in Singa bonds via thte CPF Investment Scheme, and/or savings via the Supplementary Retirement Scheme (SRS). However, the Singa bonds coupon rate is significantly lower than current CPF interest rates (currently at least 2.5% per annum for Ordinary Account), so it doesn’t really make sense to invest your CPF savings in them right now.

Are there any upcoming Singa Bonds?

The government has indicated that there will be more issuances over the next 15 years. This first tranche raised only $2.6 billion out of a total of $90 billion that they’re expecting to borrow over that time period.

These future Singa bonds will also include green bonds, which will fund infrastructure projects related to sustainability, such as the new MRT lines.

You can check the dates for upcoming bond auctions and issuances here.

How to invest in SGS Bonds

Anyone aged 18 and above can buy SGS bonds regardless of nationality or residence.

The current tranche of SGS bonds has already been sold at auction. To buy future bonds, you should first check the calendar of auctions and issuance dates. Prior to the auction or issuance date of a tranche of bonds, you can subscribe to the bonds through internet banking or ATM machines at one of the local banks, DBS/POSB, OCBC or UOB. You will need to make sure you already have a CDP account.

You can also buy and sell SGS bonds on SGX after their issuance dates.

Found this article useful? Share it with anyone who would want to buy Singa Bonds. 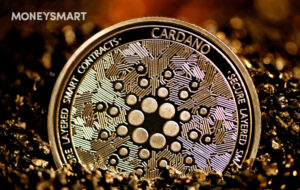