What Is Ethereum and How Does It Work?

In late 2017, Bitcoin’s meteoric rise in value made sure that even people who knew nothing about cryptocurrencies became interested. However, after peaking in mid-December, Bitcoin’s value seems to have lost momentum, causing those hooked on the cryptocurrency bandwagon turning to another – Ethereum.

Ethereum is a platform that uses blockchain technology, which is what cryptocurrencies like Bitcoin run on. Want to learn more about cryptocurrencies? We talked a bit about them in the first article of this series. Essentially, they are currencies that have no central authority to determine its value.

Ethereum has similarities to Bitcoin, in the sense that it’s secure, anonymous and available to everyone. The main attraction of both is that they are decentralised, which means there is no reliance on an individual source, unlike so many of our current platforms.

But Ethereum is capable of much, much more compared to Bitcoin.

How is Ethereum different from Bitcoin?

While Bitcoin is a cryptocurrency, which means it is only used like cash – acting as currency that is transacted. Ethereum goes one step further, it is the platform on which transactions take place.

Ethereum is therefore much more versatile than Bitcoin, since it is a platform that allows developers to build entire applications that go beyond just a payment system.

What applications are currently being developed on Ethereum?

There are several applications running on the Ethereum network. For example, Ujo Music uses Ethereum to allow recording music artistes to have control over the licenses of the music they create, regardless of wherever in the world they are. EthLend allows people to use cryptocurrency as collateral when taking a loan.

Another application, Gnosis, is a platform for prediction markets – where people put money on the result of a future event, with winnings proportionate to the likelihood of the result. Essentially, it’s betting, but with the ability to do so anonymously from anywhere in the world.

One of the more well known application on the Ethereum network, however, is CryptoKitties, a “game” which allows you to collect and trade one-of-a-kind virtual cats. The value of each cat is completely determined by the market forces within the game. The surprising popularity of this game is one of the many reasons why Ethereum’s value is experiencing a sharp rise.

Why is there a sharp increase in the value of Ethereum?

You may be aware of Bitcoin’s meteoric rise in value last year – it was all most people could talk about at one point. One of the reasons for Bitcoin’s rise in value was because of Ethereum and how it allowed people to see that there was more long-term value in cryptocurrency than previously thought.

Appropriately, the exploding interest in Bitcoin also spread to other cryptocurrencies. It is this reason that Ethereum started appreciating in value significantly on 11 December 2017.

Why do people call Ethereum the cryptocurrency?

Simply put, because the majority are more interested in ownership, exchange and speculation of cryptocurrency than the digital platform that uses it. It’s understandable, especially since the cryptocurrency went from S$687.71 on 11 December 2017 to S$1,688.87 on 10 January 2018. That’s a 145% increase in just a month!

And though it might be too early to say, it’s not hard to imagine that Ethereum will experience the same kind of explosive growth in 2018 that Bitcoin did in 2017.

How do I obtain Ethereum in Singapore?

There are several brokerage services out there that can help you buy and sell Ethereum easily. Of these, one of the more well-known ones is US-based platform Coinbase.

However, arguably the easiest method is to go through local company CoinHako, which allows you to link your Singapore bank account and transact in both Bitcoin and Ethereum by exchanging Singapore Dollars for cryptocurrencies.

Several months ago, CoinHako and other companies trading in cryptocurrencies experienced a setback when banks in Singapore closed their accounts, presumably due to concerns about money laundering. However, the fact that CoinHako was able to bounce back quickly by partnering with local payment gateway Xfers suggests that it was only a slight bump in the road.

So, is it worth getting on the Ethereum bandwagon now?

Just looking at the price of ETH over the past 3 months, it’s very clear that speculation on cryptocurrencies like Ethereum is extremely volatile right now.

The good news is, you can get exposure to Ethereum without actually having to trade in it, thanks to an investment product known as a Contract for Difference or CFD.

When you trade in CFDs, you don’t actually buy the underlying asset. What CFD does is it allows you to take a position on the future value of the asset and trade on the possibility of it going up or down. As a result, you’re not looking for stability. You’re hoping that the asset’s value remains volatile, because that’s how you earn from CFDs. And the way Bitcoin is right now, the opportunity for profit is very high. Though, of course, you should always consider the risks before jumping into any investment product.

Disclaimer:
The information in this article is meant for informational purposes only and should not be relied upon as financial advice. Users may wish to approach a financial advisor before relying on any advice provided by the website to make any decision to buy, sell or hold any investment product. 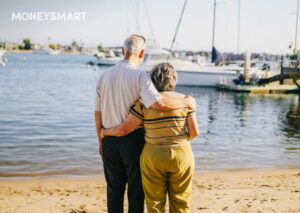 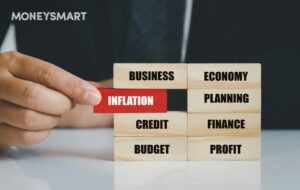 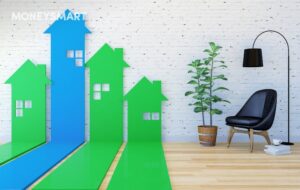 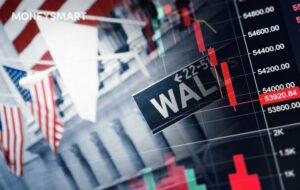