I don’t like to support fake stuff, but Xiaomi is impossible to resist. The Chinese brand has literally mastered the art of copying the most popular (and expensive) gadgets of the tech world and selling them at dirt cheap prices so plebeians like you and I can enjoy them too.

Other than the issue of integrity, the most common case against fakes is their inferior quality. Is this applicable to the Xiaomi dupes, though?

To find out, I pit five Xiaomi “copy” products against their “originals”. (Spoiler alert: All the Xiaomi copycat products win – except one.)

Here’s an overview of the prices, ranked from the cheapest to most expensive gadget. Price-wise, Xiaomi wins 5/5 (duh). For a comparison of specs, keep scrolling.

It has all the key functions of the Fitbit Charge 3 – it’s waterproof, has all the same fitness tracking functions, and is compatible with smartphone notifications – but costs only a fraction of the price. At $55, you can literally afford for it to die on you 4 times and you would’ve still spent less than if you bought the Fitbit Charge 3 at $238.

The only reason I expect anyone would get the Fitbit would be for its aesthetics. Many reviewers praise the Charge 3’s large screen – people complained that the Charge 2’s screen was too small – but personally I prefer the sleeker Band 3 design. It is completely curved, and has a relatively small screen.

The Fitbit Charge 3 is also compatible with Fitbit Pay, which is a contactless payment method – kind of like Apply / Samsung Pay, except for your fitness tracker. The Xiaomi Band 3 has no payment function.

Fancy functions aside, the Xiaomi Band 3 seems to also win in terms of practicality: It has a longer battery life, and is 33% lighter than the Fitbit Charge 3.

This comparison is very close to heart – the Dyson Supersonic is #goals and I have wanted it since launch day 1 when I saw Song Hye Kyo’s face on its ads.

I want very much to say that the Xiaomi Soocas H3 is a value-for-money dupe and that all the beauty bloggers are suckers for getting the Dyson. But the only thing similar between the Xiaomi hair dryer and the Dyson Supersonic is the way they look – in terms on technology and functionality, the Xiaomi has nothing on Dyson. 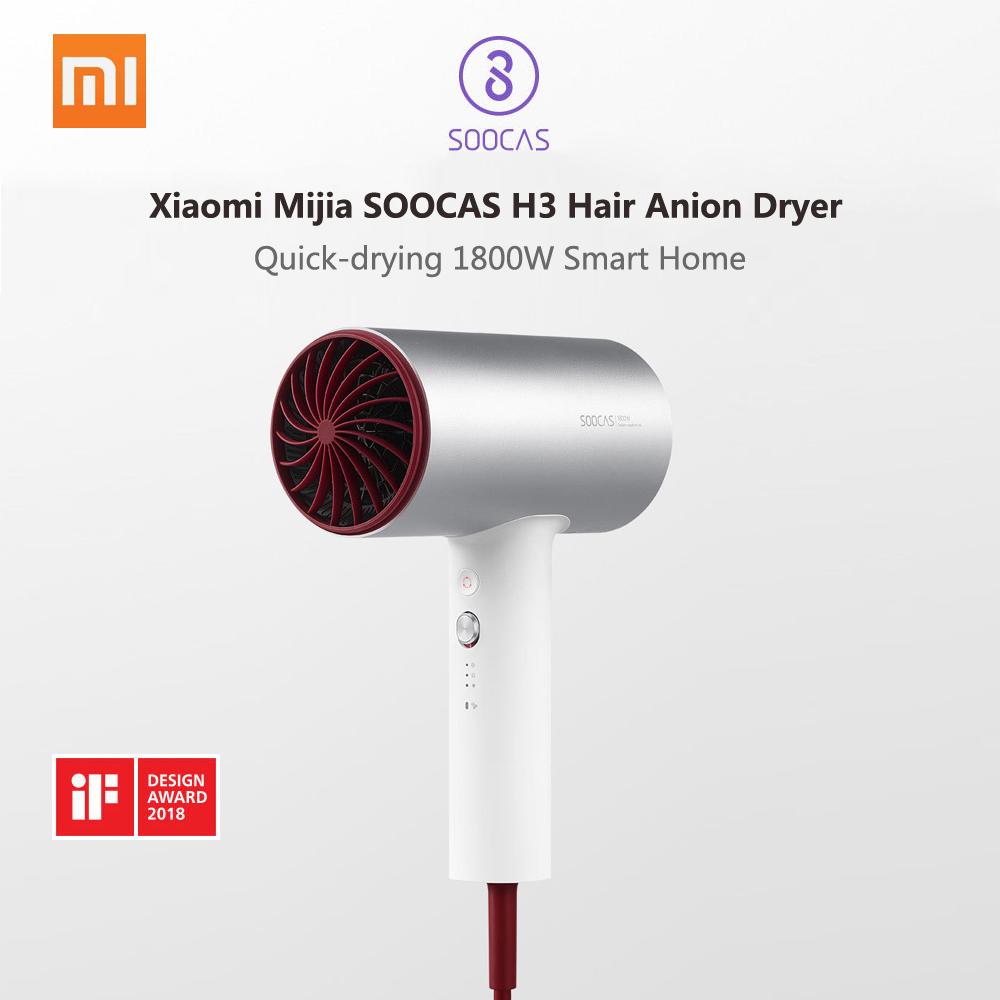 The Xiaomi Soocas H3 is like any ol’ hair dryer, but in a fake-Dyson design. If you just want a functional hair dryer that’ll look good on your dressing table, then this is fine. At $57, it’s cheap even when compared to brands like Philips and Braun.

The Dyson Supersonic, however, has a freaking sensor inside to measure the heat of the air so it never gets too hot (i.e. damaging) for your tresses. It is 1600W (compared to Xiaomi’s 1800W), but the air flow is super strong which aids in quick-drying.

The Dyson is 59g heavier, but the weight is on the handle (where the motor is strategically located) so it is overall easier to use. The handle acts as a kind of silencer, which explains why it’s even possible to have a conversation while drying your hair.

Sian. I guess in this case you really get what you pay for.

I’m truly torn between these two.

The Honeywell HAP18250 costs an arm and leg ($759), but uses the best-in-market true HEPA filter which is proven to remove 99.97% of airborne contaminants at 0.3 microns. And that’s only one layer – there’s still a CPZ filter for smoke and volatile organic compounds (like fumes and other gaseous chemicals).

The Xiaomi Air Purifier 2 is a quarter the price ($189), and has similarly impressive specs. It has a high clean air delivery rate (CADR) of 310 m3/h, which is more than double that of the Honeywell HAP18250, and covers a wider area.

I also like that it can be controlled via the Xiaomi smartphone app. You can log in to check the air quality and set timers remotely.

For general use, I would think the Xiaomi is more than sufficient. If you have allergies and prioritise better air quality instead, then perhaps go with the more established Honeywell.

Although the Xiaomi also claims to get rid of stuff like bacteria, mold and all that nasty stuff too, the true HEPA filter is better known for its air purification efficacy.

The second generation Xiaomi air purifier is not available on the Xiaomi Singapore store, but like everything Xiaomi, you can get it on Lazada.

Now, the Xiaomi Yi+ 4K action camera has already made quite a name for itself – on most tech blogs, it makes it to top 3 best action cameras currently in the market. The others are usually the two latest GoPro models – the GoPro Hero 6 and Hero 7 Black.

Although specs-wise, the Yi+ 4K seems to be on par with the Hero 7 Black, online reviews suggest that thanks to its software, the GoPro cameras seem to produce better footage.

However, if you’re not super fussy about the quality – I mean, 4K/60fps is very tok gong already – then the Xiaomi one is much more value for money. The retail price is $489, which is quite steep, but it’s still almost 20% cheaper than GoPro.

If you search on Lazada and other online marketplaces, you can probably get it even cheaper. I saw a retailer selling it for $399 on Lazada, and it comes with the waterproof casing (usually sold separately).

The iRobot Roomba popularised the whole concept of robot vacuums, which is probably the only reason why it costs so damn much. The Roomba 980 is almost 2.5X the price of the Mi Roborock 2, yet it can’t mop and has a shorter battery life.

Buay sai, lah. Want to give money to the pioneer brand also cannot bring myself to.

For iRobot, their vacuum and mop models are separate. The Roomba series is specifically for vacuuming, while the Braava series is for mopping. To be fair, the iRobot devices have better technology – for one, it has an actual camera to help it map your home and detect obstacles. The Mi Roborock 2 uses in-built sensors and algorithms, which are pretty accurate, but not 100%.

The Roomba 980 also doesn’t use a “sweeping” mechanism like the Mi Roborock 2, which has a hover brush. The Roomba uses a debris extractor, so it doesn’t get affected by hair and other weird stuff that could jam the vacuum.

I personally have the Xiaomi one, and it does get stuck on loose cables and etc when I forget to pack them away. However, it’s good enough for sucking up dust and minor messes. If you need heavy duty cleaning – like say if your pet sheds a lot of fur – then you can definitely benefit more from the iRobot Roomba 980.

But for all other uses, the Mi Roborock 2 should be sufficient.

Which of these Xiaomi “fakes” are you interested in getting? Tell us in the comments below.

Shopping
NTUC Plus vs PAssion Card vs LiveUp vs Amazon Prime — Which Loyalty Programme is Best?

This Versus That
How Much Cheaper Is It To Own A Motorcycle Than A Car in Singapore?

Shopping
Pokemon Center Singapore Price Guide — Nope, Not Everything Is Cheaper In Japan!

This Versus That
Can You Actually Save Money with a Grab Subscription? Review of GrabClub & Score
Sign up for our newsletter for financial tips, tricks and exclusive information that can be personalised to your preferences!