As we all know, mental illness is heavily stigmatised in Singapore. It takes a lot of courage to seek medical help, and medical help can be hellishly expensive, especially if you go the private route. And lord help your career if word of your condition ever gets out to your boss.

So when I heard about this new AIA insurance plan that covers mental illnesses like depression, schizophrenia and obsessive-compulsive disorder, I was legit excited. And that’s not something I feel about any insurance policy, ever.

Naturally, I wanted to know if it’s actually a viable solution for those with mental illnesses… or if it’s just a big ol’ marketing gimmick.

First, a brief introduction to the new AIA insurance plan

AIA’s new policy is called “AIA Beyond Critical Care”, and it primarily focuses on providing coverage for critical illnesses such as cancer, stroke and heart disease.

Tacked onto that is additional coverage for 5 mental illnesses:

For example, all Singaporeans are insured by MediShield Life and/or an Integrated Shield plan. This would cover hospitalisation and medical costs that are incurred while you undergo treatment for an illness. You’re generally covered only for medical bills, but you don’t get any compensation for, say, your loss of income while you’re unable to work.

Critical illness insurance, on the other hand, simply pays out a lump sum once you get diagnosed. What you want to do with that wad of cash is up to you. Whether you use it to seek treatment or to travel the world, the insurer doesn’t care.

The difference between AIA’s insurance plan and other critical illness plans on the market is that it also pays you a lump sum if you are diagnosed with one of the 5 mental conditions. This amount is smaller than what you’d get if you got cancer, but it’s significant nonetheless.

Does this mean you can get insured if you have a mental illness diagnosis?

Bad news for those already diagnosed with a pre-existing condition. No, you can’t.

Although technically AIA does cover mental illnesses, a less misleading way to put it is: AIA provides coverage for future mental illnesses that you develop later in life. As with all other critical illness policies, the point is to get insured while you still have a clean bill of mental and physical health.

If you’ve been diagnosed with any of the covered illnesses before – be it MDD or cancer – you will either be flat-out rejected, or your policy will be amended to exclude that particular illness.

But if you’re still in the pink of health, just worried about falling sick in the future, then yeah, you are totally the right person to get this.

Note the low-risk profile, right down to the conservative job. You’d probably get quoted much more if you’re, say, a 53-year-old worker in a cigarette factory…

Anyway, paying this premium annually gets Mr Accountant an insured amount of $100,000 and a policy term of 50 years.

But what if nothing happens? What if you pay thousands of dollars a year but survive till old age unscathed by disease? Damn lugi, right?

Well, AIA has a “money back guarantee” which makes it more palatable. After your policy expires, you get back the total premiums you paid, minus whatever you’ve claimed. You don’t earn any interest on this amount, so it will definitely have been eroded by inflation, but it’s better than nothing.

A closer look at AIA’s coverage for critical illness vs. mental illness

Now that we’ve got the preliminaries out of the way, I’m going to take a closer look at the mental illness benefit, which is the unique selling point of the insurance policy.

First, let’s compare the number of illnesses. AIA covers the full 37 industry-recognised critical illnesses and then some. For mental illnesses, however, only 5 conditions are covered, even though there are many other financially damaging mental illnesses, such as severe anxiety disorders and alcoholism.

If AIA can insure you against every physical illness under the sun, then why not do the same for mental illness too?

Additionally, the payout for a mental illness diagnosis is only ⅕ of what you’d get with a physical illness. That might make business sense, but it doesn’t make sense to me. I mean, the financial cost of schizophrenia, for example, isn’t trivial.

Another drawback is that you can only get 1 payout in your lifetime for each mental illness. Again, not ideal to me, since certain mental health conditions can be prone to relapses even after full recovery. If you can claim more than once for a stroke, why can’t you do the same for mental illness?

And although you can claim for more than 1 mental illness – you know, like if you suay suay kena both depression and schizophrenia – AIA imposes a period of 3 years before you can get a payout for the 2nd illness. Given that the period is only 1 year for physical illnesses, I don’t see why there’s a double standard here.

Before you flame me for not understanding how insurance works…

Look, I recognise that these measures are probably totally justified from a business/risk-pooling standpoint. AIA isn’t a charity. It needs to be profitable.

But from a consumer point of view, I don’t see why we should be content with this double standard between covering physical vs. mental illnesses. We’ve all read the news. Mental illness is extremely commonplace in Singapore. So why is getting treated and insured for it still so hard?

Don’t get me wrong, I think that AIA is definitely a pioneer in this space. Prior to this, you’d be hard-pressed to find ANY insurance payouts for mental illnesses at all.

But we’re a long, long way from truly normalizing mental illness. In the US, there’s a law for insurers to make sure that their mental healthcare coverage is equal to that of their physical healthcare coverage. I’m sure the actual implementation is far from ideal, but I think that’s something we should aspire towards.

Also, the US parity law hasn’t caused a mass shutdown of insurance companies. So equal coverage must be economically possible (if not sustainable), right?

To their credit, even AIA recognises that their policy is only the “first step” and that “more can be done” (quote from their press release).

That’s gotta be better than that NTUC Income spokesman who defended the lack of adequate insurance coverage for mental illness with the equivalent of a shrug. (That was in 2013; hopefully things have changed over there by now!)

Almost as an apology for not providing better coverage, AIA also includes a few fringe benefits for policyholders, such as their lifestyle rewards programme AIA Vitality and AIA Critical Assist hotline for free health advice and recommendations.

Appreciate the gesture and all, but that’s no substitute for, you know, actual insurance.

But you know what? I hope that AIA’s insurance policy is a success, if only so that other insurers would sit up and take notice – and start offering better insurance coverage for mental illnesses.

What else do you think can be done about mental healthcare in Singapore? Tell us in the comments.

Health Insurance
With So Many Integrated Shield Plans Available, How Do You Decide Which to Choose? 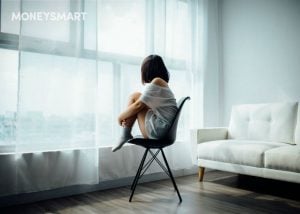 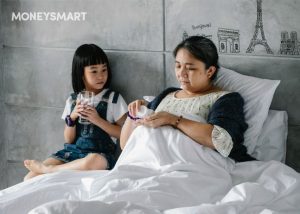 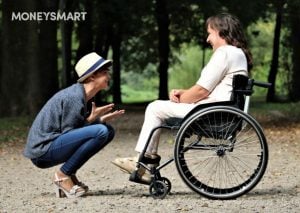 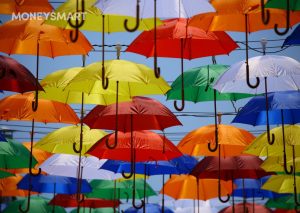 Health Insurance
5 Basic Insurance Policies To Consider Buying in Singapore
Sign up for our newsletter for financial tips, tricks and exclusive information that can be personalised to your preferences!