“It’s very rewarding… when you get to your destination in one piece,” a local celebrity who drives a Chery QQ once said. Yet, despite describing it as a “moving deathtrap”, he was still very fond of it. After all, let’s be honest, in a country like Singapore, where cars are ridiculously overpriced, the Chery QQ is compact convenience that comes with a relatively cheap price tag. And if you really want / need a car, it is the most bare-bones solution for anyone. Forget about air bags, ABS or drivability. It purely serves the function of being a car.

Well, MediShield is the Chery QQ of health insurance. It’s just enough of a car to be called a car, but if you can afford more, you really should get something better.

But first, just in case you need a refresher course…

MediShield is the most basic of health insurance that all Singaporeans have. It basically means that if you get hospitalised, you will be subsidised for inpatient and outpatient treatment. Assuming you stay in a B2 or C class ward of course. If you choose a private hospital or a B1 or A class ward, then you’re not only going to be charged more, but you’ll enjoy lower subsidies.

1. Not everyone is covered

MediShield boasts coverage of 93% of Singapore Citizens and Permanent Residents. If you’re among this majority, that’s great. You enjoy subsidies of up to 80% for inpatient and outpatient treatment, including surgery, chemotherapy or radiotherapy.

However, you could also be among 7% of the Singapore population. Approximately 270,000 people either have serious pre-existing medical conditions, are above the maximum coverage age of 92, or simply cannot afford the MediShield premiums. 7% may seem like a small percentage, but if you’re among this minority, that’s… not so great.

In other words, MediShield protects you, as long as you’re already relatively healthy.

It’s great when you have health insurance. Ideally, you don’t get saddled with massive hospitalisation fees and you can seek treatment without worry. MediShield offers that kind of reassurance at a ridiculously low premium cost each year. The only problem is? MediShield only allows you to claim a maximum of $70,000 per policy year, and a total of $300,000 in your lifetime.

That may be just enough for most people, but with rising hospitalisation costs, $300,000 is cutting it really close. You have to hope that, if you’ve already claimed $300,000 for medical reasons so far, you never get hospitalised for the rest of your life.

As with all health insurance, there is a deductible element to the policy. This means that whenever you receive a bill, a portion of it needs to be paid by you before the policy’s payout applies. This usually means that smaller claims don’t get covered by MediShield, and keeps the premiums lower for everyone else.

Like the deductible, all health insurance policies also comes with co-insurance terms and conditions. This means that even after you pay the deductible, you’re still expected to pay a percentage of the claimed amount.

How is this similar to a Chery QQ? The more you use it, the less you complain. It seems like those who tend to complain about the Chery QQ either don’t own one, or regret it as soon as they buy it. On the other hand, drivers who stick with the Chery QQ for the long run do so by adjusting their expectations and focusing on what’s good about it.

5. Soon to be phased out

By the end of this year, all Singaporeans will be put under an updated version called MediShield Life. Like the original Chery QQ, which came out back in 2003 and is no longer being sold in Singapore, MediShield, which started in 1990, will soon be a thing of the past.

How does MediShield Life change all this?

Of course, that doesn’t mean you don’t need to worry about buying health insurance anymore. MediShield Life, for all the announced improvements, is still pretty much the bare minimum when it comes to health insurance coverage.

Think of MediShield Life as the Suzuki Swift Sport of health insurance.

If you can afford it, consider applying for an Integrated Shield Plan – it’s a type of health insurance policy that gives you better peace of mind without duplicating the coverage that MediShield Life already gives you.

How do you feel about the announced changes to the new MediShield Life policy? We want to hear from you.

Receive news, subscriber-exclusive promotions and guides on how to become smarter with money.

We promise never to spam you!

I am the poster boy for reinventing one's self. I've been a broadcast journalist, technical writer, banking customer service officer and a Catholic friar. My life experiences have made me the most cynical idealist you'll ever meet, which is why I'm also the co-founder of a local pop culture website. I believe ignorance is not bliss, and that money is the root of all evil only if you allow it to be.

Exclusive offers on our products are waiting for you 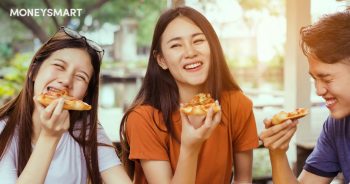 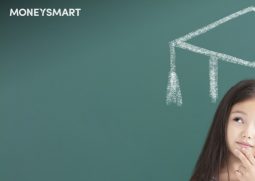 Saving for Your Dream Wedding or Your Kids’ Uni Education? Here’s How Singaporeans Can Build Our Wealth with Tiq by Etiqa’s EASY save series (up to 4.07% p.a.) 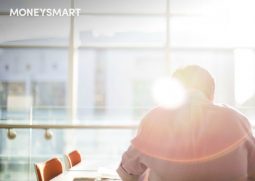 7 Best Things to Buy from The SAF eMart — Online, The Chevrons and SAFRA Mount Faber & Punggol

Did You Know? Other Than the Singtel Combo Plan, There Are Also Sim-Only Plans, No-Contract GOMO and Other Value-for-Money Mobile Options

XClose FIND OUT HOW