How to Enjoy a Week-Long Holiday in Game of Thrones Hotspot Dubrovnik, Croatia for Under $1,600

For a while, I was wondering why so many Singaporeans on my Facebook feed were heading on holiday to Croatia. It was a surprising choice, considering there aren’t any direct flights from Singapore.

Then I realised that Croatia is a major filming location of Game of Thrones, and it all became clear.

Whether you’re dying to see King’s Landing for yourself or are just looking for an affordable European destination everyone else and their mum doesn’t already affectionately call their “second home”, here are some tips for visiting Dubrovnik, Croatia’s capital without going bankrupt.

We’ll drop the bomb right here: airfare to Croatia is usually  expensive, like over 1,400 SGD kind of expensive. Now, that isn’t to say that you’ll definitely have to pay such prices. If you are flexible and can time waiting for sales, you should be able to fly to Dubrovnik for about 1,100 SGD, or perhaps even less if you catch an airline’s sales.

More so than for other popular European destinations, it is absolutely essential to book in advance and watch prices using Kayak. Click on the flexible date option and you’ll find there are usually a few date combinations that are much cheaper than others. Play around with dates—just changing your flights from one month to another can knock more than 100 SGD off the ticket price.

Another option is to nip off to Dubrovnik while on a trip to another European destination such as Vienna or Rome. There are flight, train and bus connections from many cities in the region. While Croatia is on the whole quite inexpensive, Dubrovnik tends to be a little pricer thanks to the presence of tourists. Still, you’ll be pleasantly surprised to find that it’s still reasonably cheap.

Booking accommodation on Airbnb is a value-for-money option, as double or twin-sharing rooms tend to be very affordable.

Most options are either close to the sea or in the city centre. This room for two is going for just 29 SGD a night, while this room with two beds and a view of the sea and islands is only 31 SGD a night.

If you prefer to be closer to the city entre, this room which accommodates two is 51 SGD a night and has a balcony offering an amazing view of Dubrovnik’s signature red roofs, while this one offers a similar view for 44 SGD.

Hotels are affordable too. Run a search on Booking or Agoda, sort according to price and you should be able to find decent double rooms, some with great views, for under 30 SGD.

Finally, there’s the option of hostel dorms, which cost about 20 SGD to 40 SGD per person. Considering the great value you can enjoy by renting Airbnb rooms or hotel rooms, this should be a last resort for solo travellers. 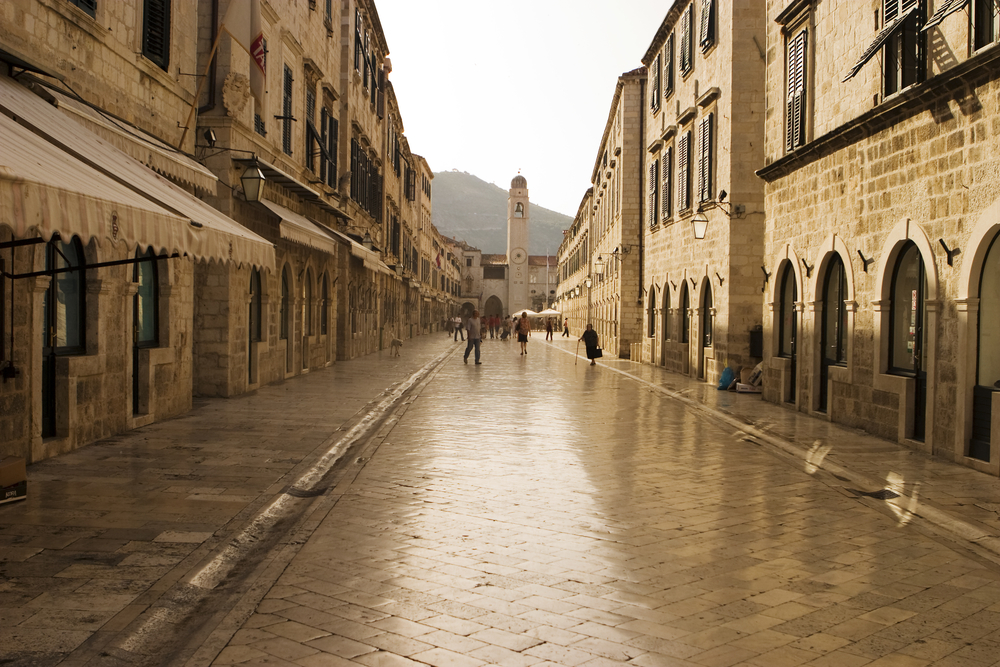 You might have spent quite a bit of cash getting from Singapore to Dubrovnik, but once you’re there, rest assured that you won’t be spending too much on transportation.

Dubrovnik is small enough to explore on foot, and should you need to leave town or travel to the outskirts, 1-hour bus tickets are relatively affordable at 12 kuna (2.45 SGD) if you buy them at kiosks. Avoid buying tickets directly on the bus, since they cost more at 15 kuna (3.07 SGD).

Here’s a selection of the key sights and how much they cost to visit. While Croatia isn’t exactly what one would call a foodie’s destination, the good news is that eating out doesn’t cost that much.

The average meal in an inexpensive restaurant should cost about 70 kuna (14.30 SGD), though you can have a sit-down meal for as little as 35 kuna (7.15 SGD) if you avoid touristy places.

So what are you going to end up eating if you’re on a budget? Cheap options include pizza, burgers and sandwiches at small cafes or takeaway stands. You can enjoy a meal for about 45 kuna (9.20 SGD) if you stick to these options. If you really want to save a money, sandwiches from the supermarket are the cheapest option.

Total cost of a week-long trip to Dubrovnik: 1,584 SGD

Have you ever been to Dubrovnik? Share your tips and experiences in the comments!