What Can Debt Collectors in Singapore Legally Do? How To Deal With Them?

The classic images of a pig’s head and O$P$ splattered in red on corridor walls sum up Singaporeans’ feelings about debt collectors. While legitimate debt collection agencies might not be using these loanshark runners’ tactics, some of their actions can still border on harassment. If you’ve had trouble paying your bills, you might be the recipient of unwanted attention from a debt collector.  Here’s what you need to know.

What do debt collectors do?

Companies can lose huge amounts of money each year to non-paying clients. It is therefore in their best interests to invest in a means of clawing back the money owed to them. Most of the time, this unpleasant task is outsourced to debt collection agencies, who work on behalf of the company to chase debtors for the money owing. For instance, if you don’t pay your credit card bills, the bank is likely to engage a debt collection agency to get the money back.

How far can debt collectors do?

There is a reason legitimate debt collection agencies don’t run around sticking pigs’ heads on people’s doors—it’s illegal. But that hasn’t stopped many debt collectors from resorting to scare tactics that might include banging on your windows and doors and hanging up banners telling the world that you owe money.

What sets them apart from your neighbourhood ah long is the fact that they try to comply with the law. There’s also an industry Code of Ethics set up by the Credit Collection Association of Singapore, which resolves disputes between debtors and collection agencies; however, the CCAS does not have a great deal of power to enforce the code.

What is illegal for debt collectors?

Unfortunately for debtors, there is no specific law regulating debt collection agencies. This means that they’re basically allowed to do anything a regular entity can and are subject to the same laws as a friend you borrowed money from would be.

Still, it’s often necessary to scrutinise the actions of a debt collector who’s on your tail to ensure he doesn’t do anything illegal. Here are some examples of actions that could get a debt collector in trouble with the law.

Unlawful assembly – If the debt collection agency sends down a mob of angry, burly men, you might be able to call the police on them for unlawful assembly. Any assembly of five or more people can be convicted if you can show that their objective is to commit an offence, including using criminal force to take any of your property, vandalising your property or putting you under threat of physical harm. In 2015, a group of seven debt collection agency employees was arrested for unlawful assembly after showing up at a food court stall at Funan.

Intimidation and violence  – While banging on doors and shouting vulgarities are standard debt collection practices, it is actually against the law to use threatening, abusive or insulting words or behaviour with the aim of causing alarm to you or causing you to believe that immediate unlawful violence will be used against you or another person. So if a debt collector waves his fist in your face and threatens to punch you, call the police.

Vandalism – We all know what happened to Michael Fay and Sticker Lady. If the debt collectors spray paint your property, affix on your property any posters, advertisements or banners or steal, destroy or damage anything belonging to you, they are guilty of an act of vandalism.

Harassment – Causing harassment, alarm or distress to you by using threatening, abusive or insulting words or behaviour or making any threatening, abusive or insulting communication can amount to harassment. If their actions cause you to believe that unlawful violence will be used against you or they manage to provoke actual violence, you likewise have a good reason to call the cops.

Damaging or taking possession of your belongings – Many debt collectors will try to make you believe they can tow your car away or seize your TV if you don’t pay up. In reality, they need a writ of seizure and sale from the courts in order to seize your property.

How to deal with debt collectors?

The bad news is that you can run, but you can’t hide. While you might be able to dodge debt collectors in the short term, let your debts spiral out of control and you could soon find your car and other property seized and sold in order to recover your debts, or bankruptcy proceedings commenced against you.

Don’t let yourself be intimidated by debt collectors. If they overstep their limits and do anything that’s against the law, don’t hesitate to call the police. Otherwise, know that they often have the ability to act as an intermediary between you and your creditors.

This means they might be able to negotiate an instalment plan, or in cases where the bank is a creditor, help you to lower your interest rate. Instead of running away, try to bargain with the debt collectors and work with them to devise a manageable way to repay your debts. This can save you a bit of money as well as alleviate the pain of having your case escalated to the court system.

Have you ever had to deal with debt collectors? Share your experiences in the comments!

Getting Rid of Your Credit Card Debt in Singapore: 5 Essential Tips

Is Credit Card Debt Eating You Alive? Here’s What You Should Know About Debt Consolidation 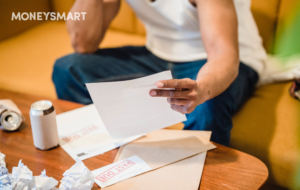 Personal Loans
What are Licensed Moneylenders – & What to Look Out For When Borrowing From Them?

Personal Loans
Credit Bureau Singapore: How to Get Your Credit Score and Credit Report 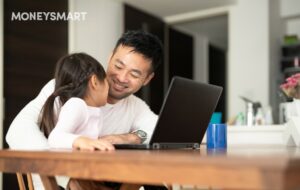 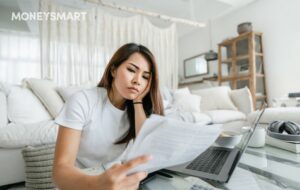 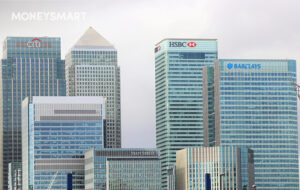 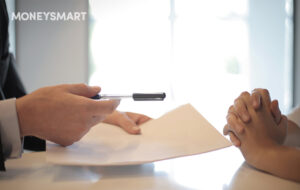 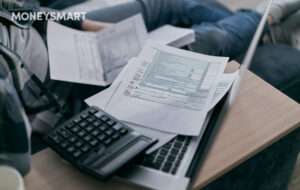 Personal Loans
HSBC Personal Loan Review: Interest Rates, Calculator & Approval Time
Sign up for our newsletter for financial tips, tricks and exclusive information that can be personalised to your preferences!