How Insurers Investigate Fraud in Singapore

I almost got busted for insurance fraud once. That was when I microwaved oily bacon in tinfoil and set most of my kitchen on fire. “You were safe from fraud charges all the time Ryan.” I was? “Yeah, because stupidity is not the same as fraud.” LOL, damn right, the joke’s on them huh? Anyway, here’s how they investigate it:

Special thanks to P. and “Mugan” for the info in this article.

Mugan is an external contractor who has done work in fraud investigation. P. has worked in insurance, but retired in 2011.

What Exactly is Insurance Fraud?

In health insurance, there are broad kinds of insurance fraud. According to P., these are “fraudulent claims, and premium frauds.” Of the two, the latter is more common.

“Fraudulent claims are when someone says they cannot work anymore from a disability, although in reality they are still okay. Or sometimes they make claims for self-inflicted injuries, or they even lie about symptoms to the doctor.”

But fraudulent claims are easy to investigate. The other type, premium fraud, is not. This is when someone lies about their medical history, when first buying the policy.

They may claim they don’t smoke or drink when they actually do, or they will hide pre-existing conditions like asthma, in order to lower premiums.

Mugan says the latter is “Much harder to investigate, because if the medical check-up didn’t pick it up when they bought the policy, it is very hard for the insurer to claim it was fraud.”

In general insurance (e.g. insuring your house or car), fraudulent claims mostly involve self-inflicted damage to property. Like smashing all the stuff in your house, and then claiming you were burgled.

In any case, fraud investigation is often outsourced to a third party.

Some of these are private investigators. However, there are agencies that specialise in working with insurers (e.g. Crawford & Company), where the investigators may also be familiar with insurance claims and the related laws.

Special Note: Most Frauds “Escalate” from a Legitimate Claim

In Mugan’s experience, a fraud often escalates from a legitimate claim.

“Someone may get a real injury, and get a chronic backache. It may hurt so much that he feels unable to work, especially if he is a loader or dock worker or what have you.

But medically, he may be certified as okay to work. He still has his mobility, doctor says he will recover, and what have you.

But because he really cannot take the pain, he may decide he wants to get a big payout and stop working. And that’s when illegal things start to happen. Lying to doctors and faking symptoms, exaggerated claims – slowly it escalates to fraud.”

1. Checking the History of Claims

P. warns that insurers “talk to each other,” and are on guard when they realize someone has a history of repeated claims.

“If you are claiming from your car or health insurance multiple times in one year, or you claim travel insurance on every trip, the insurer will start to investigate. Changing your insurer will not help, because insurers compare notes on these types of claimants.”

P. says it isn’t just for fraud reasons. If someone is a particularly unsafe driver, insuring people like him would ultimately raise the premiums for safer clients.

(By the way, insurance fraud raises everyone’s premiums too. Funny how we blame unsafe drivers, while completely ignoring this category of scammers.)

2. Checking the Timing of the Claim

Mugan says he’s often called in due to the timing of a claim. An example is when someone gets a medical condition just after buying a policy, or if all the old computers in an office are damaged shortly after general insurance is bought.

“It’s usually a coincidence, since most conmen are smarter than that,” Mugan says, “But sometimes people get desperate for money, and they decide to buy a policy and purposely burglarize their own house or mysteriously get whiplash a few months later.”

If you claim you can’t work, and your insurer finds it suspect, they might put you under surveillance.

If the investigator (very often a Private Investigator) spots you head banging in a nightclub despite your whiplash, the pictures will show up when you’re dragged to court.

Mugan adds that, besides observing a fraudster’s coming and going, investigators may also strike up conversations with neighbours. They’ll try to determine where you go, whether you’re up and walking, whether you seem to be in pain, etc.

However, investigators do not have the same authority as the police. If an investigator is spotted and told to leave, he usually complies (or else the police can be called on him, for harassment).

“If you know you are being investigated,” Mugan suggests, “You should consult a lawyer. They can advise you much better on what to do. Don’t ignore it and hope it will go away – even if you are sincere, you may get caught on a technicality.”

When property is damaged, investigators compare the type of damage to the claims being made. This is fairly easy in cars, thanks to dash cams.

Everything from scratch patterns, to the paint on the wall of a burned house, may be thoroughly analyzed. Even items that are removed or installed are taken into consideration:

“If you moved some treasured furniture or a big family picture off the wall before a fire, it’s possible to tell” Mugan says, “It will leave scuff marks on the ground, or the part on the wall where the picture used to hang will be a different colour.”

“If you moved your valuables out just before a fire, that’s probably not a coincidence correct?”

Ah, good point. Anyway, note that property damage is not easy to fake. Especially in this age of advanced software analyses.

Min. Death and TI Coverage
S$75,000
Min. Critical illness Coverage
S$25,000
Max. Renewable Age
Applicable to R&C plan only
R&C refers to "Renewable and Convertible" plan. This policy is guaranteed renewable, without evidence of health, at the end of the policy term for the same duration.
85
Monthly Premium
Reference Premium Profile
The Monthly Premium shown is for illustration purpose only. It is calculated based on an annual premium for a 30-year-old, male, non-smoker with a policy term of 20 years and S$500,000 sum assured.
S$26.81

This is related to point 2. A suspicious insurer starts to check for debt, in particular decreasing credit scores. They might also note the sale of a house or car.

Being in debt is, obviously, a motive for committing insurance fraud.

These days, investigators have begun to monitor social media sites. These are a goldmine of information (not to mention photographs), and it’s easy to make a slip-up on Facebook.

“Even if the conman does not post anything about himself,” Mugan says, “His friends or associates might blab. They may comment that, wow, it’s quite incredible how he went on a Universal Studios roller coaster despite his whiplash.

Or congratulate him on his new job in the same line, even though he claimed he was unable to work in the same occupation.” 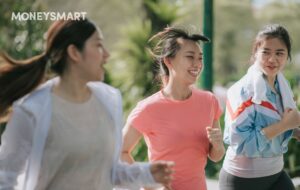 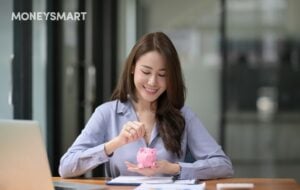