We should be no strangers to “updates”. From software to mobile apps, from taxi fares to water prices, we’ve become used to changes constantly happening in our lives. In fact, it’s gotten so bad that even some video games are released these days with a whole bunch of bugs intact – you’ll have to wait for the update before you can play it as the designers intended. Think that something is going to last forever? You’re probably going to need a reality check.

Enter the OCBC 360 account. It was an instant hit when it was first introduced in 2014, with its generous, unheard-of interest rates to reward you for doing… things you were going to do anyway. Back then, just crediting your salary, paying your bills and spending on your OCBC credit cards would earn you an impressive 3.05% interest rate per year.

Two new ways to earn interest were introduced – the “Wealth Bonus”, which rewards you for putting money into OCBC’s investment and insurance products, and the “Save Bonus”, which rewards you for ending each month with more in your account than the previous month. In addition to these two new ways, you would start earning this higher interest on the first $60,000 of your account balance. That’s $10,000 more than when the OCBC 360 account was first introduced.

Singaporeans went on with their lives for two good years…

But nothing lasts forever, and as soon as March began, news that the OCBC 360 account would be updated yet again caused many to be upset. Let’s look at the 4 main changes and how they will affect existing account-holders once the new rates kick in from 1 April 2017. And no, it’s not an April Fools’ Day joke.

Let’s start with the good news. This is one change we don’t mind seeing more often. The OCBC 360 account has awarded bonus interest on the first $50,000 when it was first introduced in 2014, increased it to $60,000 in 2015 and now they’ll raise it again to $70,000. We’ll discuss EXACTLY how much more (or less!) interest you’ll get to earn with this newly raised cap later in the article.

2. Unfortunately, you will earn less interest for paying bills and credit card spending

It was bad enough when OCBC reduced the initial 1.0% bonus interest you could earn from paying your bills and credit card spending to 0.5% in 2015. This year they’ll reduce it further – to 0.3%. They’ve also added a new requirement for bill paying – you still need to pay at least 3 bills online or through GIRO but now your total bill amount must be $150 or more. You know what this means, right? All you geniuses that think you’ve been getting away with paying bill amounts of $1 – you’ve spoiled the market for the rest of us.

3. No more reward for having more in your account balance than the previous month.

As we pointed out two years ago, this bonus was well-intentioned, but ultimately wouldn’t earn you a lot of interest over time. OCBC has therefore revamped the “Save Bonus” to now reward account holders who consolidate all their savings with the bank – they will now earn 1% on the first $70,000… but only if your account balance is $200,000 and above. Yeah, we know. It’s not much of an improvement.

4. Planning your financial future with OCBC is now more rewarding

OCBC is doubling-down on their “Wealth Bonus” segment. You now get 1.2% bonus interest if you take up a new investment or insurance product with OCBC instead of the previous 1.0% for the same minimum amounts as before. We’re talking about $40,000 in unit trusts or structured deposits, or $8,000 in regular premium endowment insurance, for example.

But what’s more interesting is that OCBC has now introduced a lower tier for the “Wealth Bonus”. You get 0.6% bonus interest if you purchase, say, $20,000 in unit trusts and structured deposits, and $4,000 in regular premium endowment insurance. That means more account holders will be rewarded now, especially since OCBC claims to have seen double-digit growth in the number of customers taking up financial products since 2015.

But enough of the facts, the real question that everyone’s asking is – how will my interest be affected?

Let’s be fair here, and create a scenario to illustrate. Take someone who has $70,000 in their OCBC 360 account, we’ll call her Ms Geetha. Why $70,000? Because we’ll want to see how the increased cap to earn bonus interest affects you, and you can’t do that by assuming she only had $60,000.

In this scenario, we also assume Ms Geetha meets all the basic criteria – she credits a salary of more than $2,000 each month, pays 3 or more bills totalling at least $150, and spends at least $500 on her OCBC credit cards. Let’s assume, for simplicity’s sake she doesn’t earn from the “Wealth Bonus” or “Save Bonus”.

And if that’s all you used the OCBC 360 account for, then sure, you’d naturally be upset at earning $60 less for doing just the most basic financial transactions.

But what if we include the “Wealth Bonus”?

But no one should just be doing the most basic financial transactions. Most Singaporeans would have some form of insurance coverage, while others take one step further and look for an investment product to grow their retirement fund.

Let’s look at the scenario of Ms Khadijah, who also has $70,000 in her OCBC 360 account. We’ll assume she meets the basic financial requirements to earn bonus interest for salary, bill payment and credit card spend. She has also taken up a regular premium endowment insurance plan with OCBC and pays $8,000 a year. This also qualifies her for the “Wealth Bonus”.

But is earning that extra $180 interest worth buying a new insurance policy or investment product? Our guess is, probably not.

Ultimately, is this change to the OCBC 360 account a good one or a bad one?

On the outset, it doesn’t seem great – if you had signed up for the OCBC 360 account in 2014 expecting to only do the bare minimum to earn unbeatable interest for the rest of your life, then this should be a wake-up call that banks do change their terms and conditions regularly, and that they have every right to.

But this change also seems to mark an acknowledgement that other competitive savings accounts have stepped up their game. Instead of engaging in an all-out war, OCBC is looking to build loyalty by rewarding people who consolidate their balances with the bank. But as someone who has seen how OCBC used to win hearts and minds of Singaporeans just by putting out great products in the past, this move comes across as a bit of a misstep. 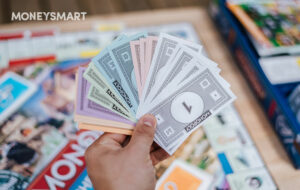 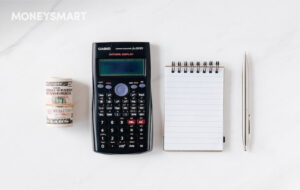 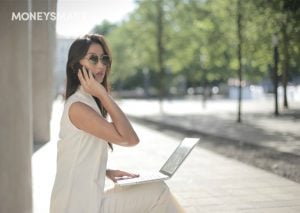 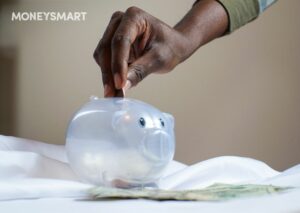 Savings Accounts
DBS Multiplier Account Review — Should You Switch Savings Account in 2022?
Sign up for our newsletter for financial tips, tricks and exclusive information that can be personalised to your preferences!