Singapore might be a paradise for shopping and eating, but if there’s one city in the world that beats us hands down, it’s Hong Kong. This city is even more densely populated than ours, their MTR which looks identical to our MRT is way more efficient, the people are even more stressed out and the shopping and dining options are even more plentiful… and expensive, if you don’t know where to go.

Here’s how to enjoy your holiday without getting ripped off.

Links between Singapore and Hong Kong are plentiful, and so long as you book reasonably in advance, you should be able to buy tickets for about 250 SGD on budget airlines like Tiger Air or Air Asia.

The full service airlines like Singapore Airlines and Cathay Pacific are frequently having sales which include Hong Kong, too, so if you’re eagle-eyed enough you might be able to to fly with them at the same price.

Otherwise, if your dates are flexible, subscribe to newsletters of the budget airlines and then book when a sale hits in order to knock more than 50% off the ticket price. 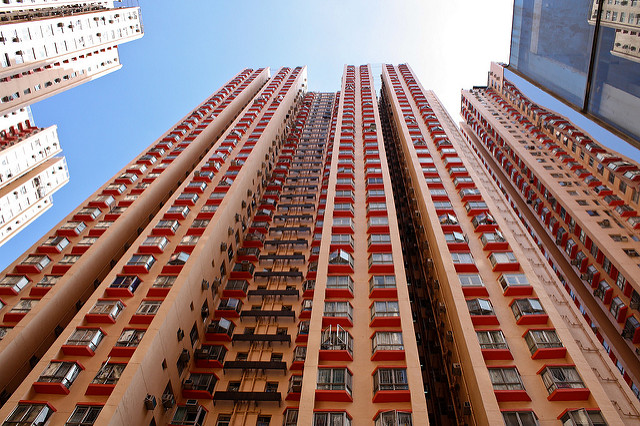 From the point of view of a budget traveller, the biggest problem with budget accommodation in Hong Kong is that it tends to be really, really awful—think windowless rooms in filthy, dilapidated buildings you would perish in if there were a fire—and not even that cheap.

You’re looking at paying at least 40 SGD for a really tiny room in the infamous Chungking Mansions or Mirador Mansions. I’ve slept in questionable hostel dorms and budget rooms in more countries than I’d like to admit, but Hong Kong has been the worst.

On the flipside, a hotel that doesn’t give you the creeps is going to cost you an arm and a leg. So the only affordable way to get accommodation is on sites like Airbnb.

Hong Kongers like their luxury, and many of the homes on Airbnb, while small, have that luxury condo look Singaporeans love. On the low end of the scale, you can find some studios that sleep up to two people for about 70 to 130 SGD.

We like this fashionable studio in the trendy Tai Hang area going for 139 SGD, this sleek business studio going for 70 SGD and this ultra chic SOHO West studio going for 124 SGD. If you’re travelling with a friend, you can budget about 50 SGD to 70 SGD per person per night. 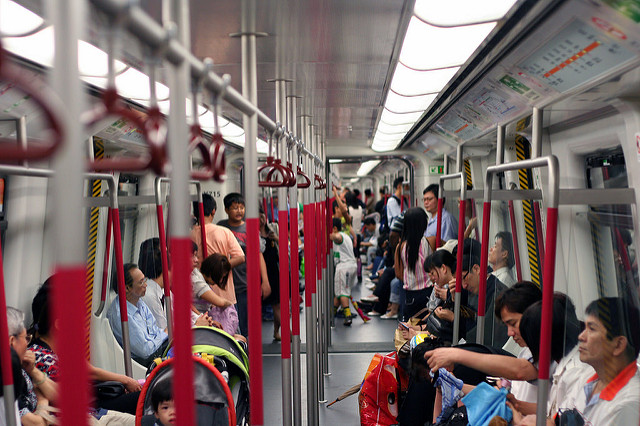 Singaporeans travelling to Hong Kong get a strange sense of déjà vu as they see the red and white MTR trains pull up, almost indistinguishable from our own, apart from the fact that they’re way more efficient and offer shorter waiting times.

There are also trams, rides on which cost 2.30 HKD (0.40 SGD), and buses. Practically speaking, most tourists get around using only the MTR and Star Ferry. 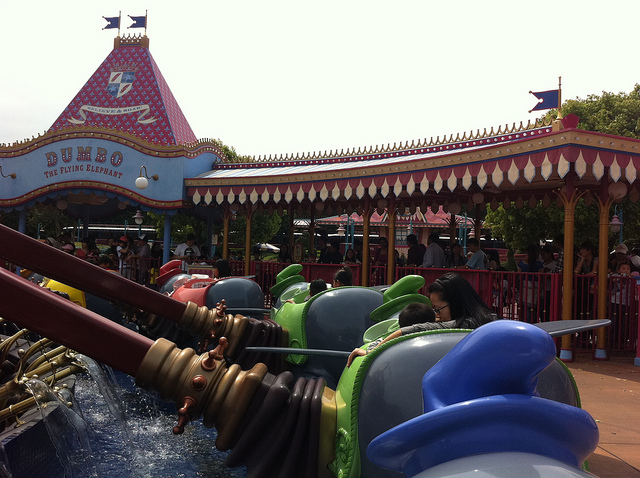 Like Singapore, Hong Kong can be dizzyingly expensive if that’s what you want, but budget travellers will be pleased to know it can also be relatively cheap—so long as you’re to forgo shopping at Lane Crawford and stay away from the expensive bars at Lan Kwai Fong.

There’s a wide range of cheap sights and activities, like walking around the markets and checking out the harbour. And since most Singaporeans are in Hong Kong to eat and shop, not that much is spend on entertainment per se.

But if you’ve got kids in tow and want to visit Disneyland and Ocean Park, be prepared to fork out much more. Here’s a sampling of key sights and how much it costs to enjoy them. 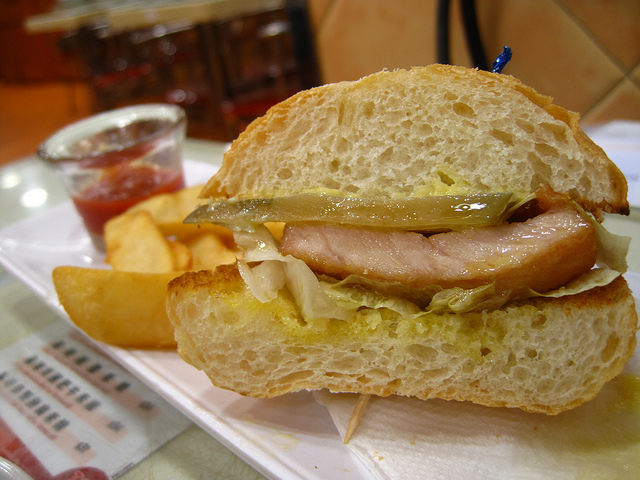 While Airbnbers should be able to enjoy the use of a kitchen, who are we kidding? Singaporeans come to Hong Kong to eat, so expect to spend most of your holiday budget checking out the Hong Kong-style cafes and dim sum joints.

Food prices can vary widely, but on the low end of the scale you can expect to pay more than you would in Singapore. For instance, a plate of char siew rice with a drink at Maxim might cost you about 45 HKD (8 SGD). You can usually expect slightly bigger portions and, more importantly, better value—the char siew rice offerings in Hong Kong tend to include much bigger cuts of meat than in Singapore.

A meal at a local cafe complete with thick toast will set you back about 35 HKD (6 SGD) to 45 HKD (8 SGD) on the low end of the scale, while posher ones will cost more. You can expect to pay about 150 HKD (26 SGD) for a mid-range meal at a dim sum meal, while posher places can charge twice the amount.

As a Singaporean friend based in Hong Kong says, the food in Hong Kong is more expensive than its Singapore equivalent, but you generally get greater quantity and better quality.

Total cost of a week-long holiday in Hong Kong: 955 SGD

You can spend even less in Hong Kong if you’re willing to rough it backpacker style or supplement some meals with street food and stay away from the theme parks. We’ve given a rough estimation of the cost for a fairly comfortable budget experience which most Singaporeans should be able to enjoy without feeling deprived. Unless you feel deprived by not going on a shopping spree, in which case, the sky’s the limit.

Are you planning to travel to Hong Kong anytime soon? Tell us about your travel plans in the comments!