What do most Singaporeans think when Athens is mentioned? In the past, it used to be Hercules and, um, a bunch of ruins.

But now, mention Athens and some guy is sure to say, “Scoot flights!”

Yup, you heard that right, starting from next year, budget airline Scoot will fly direct to Athens, making it the first direct budget flight from Singapore to Europe.

Unsurprisingly, Singaporeans have rushed to snap up tickets, meaning you’ll soon be hearing Singlish at the Acropolis in 2017.

So how much does it cost to travel to Greece and does going budget actually save you that much? We do the math.

Now that Scoot flies to Athens, is it really that much cheaper to visit the Greek capital? A search on Scoot’s website indicates that a return flight should cost you around $600 to $700 right now.

While the budget airline recently announced that one-way sale fares were as low as $288, the bulk of these tickets have been snapped up, unless you are willing to travel in October 2017 which is an eternity from now, and who knows if we’ll all be alive by then.

Despite the very attractive fares, note that those prices do not include check-in baggage and in-flight meals. You’re technically not allowed to bring your own food onto the plane, although people do it and eat on the sly anyway. If you want to upgrade your flight to include both, be prepared to pay an additional $104. If you’re travelling with a backpack that is small enough to not have to be checked in, just pre-book your in-flight meal, or enjoy going about 12 hours without food.

Actually, if you’re lucky and avoid flying during heavy traffic periods like the school holidays, flights on full-service airlines can cost almost as little as budget flights. Sale fares can be as low as $750 to $800 if you use the flexible date search and don’t absolutely need to travel on weekends. Even during peak periods you might occasionally be able to get sub-$1,000 flights. 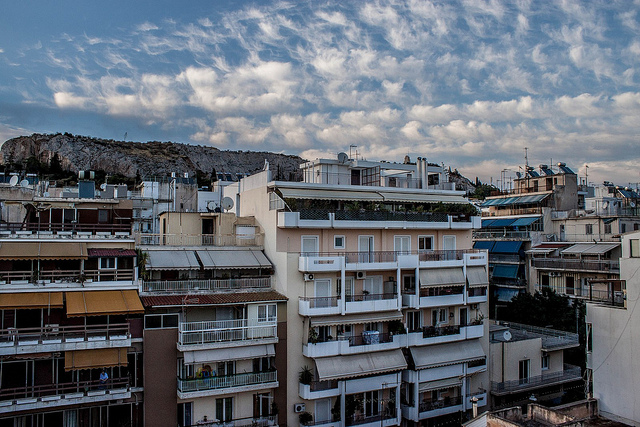 The first thing you’ll notice when hunting for accommodation in Athens is that it’s a lot cheaper than in the most popular European destinations like London and Paris.

Airbnb offers the best value in terms of price and comfort, especially if you’re not travelling alone.

This apartment in central Athens costs a measly 28 SGD a night, accommodates two and includes all the frills such as kitchen and washing machine. That means you pay 14 SGD per person per night. Here’s another which costs 36 SGD a night, also for the entire apartment. And this studio, costing 41 SGD a night, offers a view of the freakin’ Acropolis.

If you decide to go the hotel route, you’ll end up paying a bit more. A basic budget hotel room should cost about 50 SGD to 60 SGD per night.

Finally, a word about backpackers’ hostels—compared to Airbnb, they’re really not worth it, as a bed in a dorm with other sweaty tourists is going to cost about 15 euro (23 SGD) to 25 euro (38 SGD) per night. 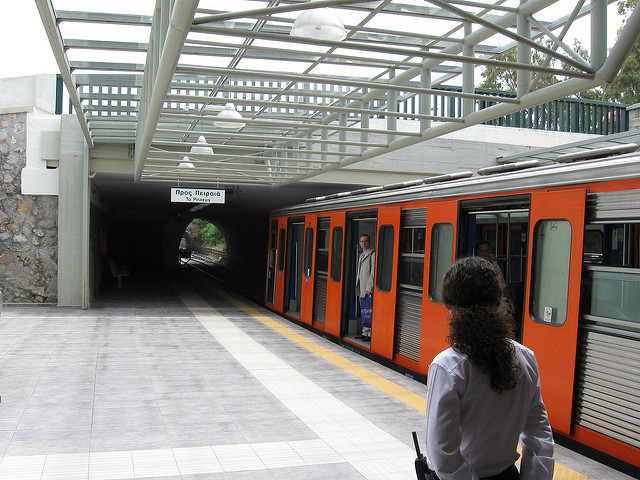 Athens has its own Metro system, and no, it doesn’t (really) resemble one of the ruins you’ve gone there to see. 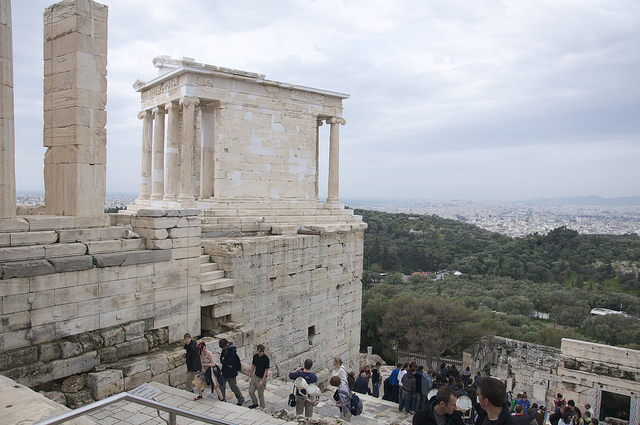 Sorry, this is one European destination where Singaporeans won’t exactly be rushing to Chanel and Prada, mainly because they don’t have check-in baggage space on Scoot, hah!

Okay, on a more serious note, most of the important sights are ruins or archeological finds. The cost varies, and many of the sites slash their prices in the colder months roughly from November to March. They also close earlier during those periods, because the sun sets at like 5pm.

As you can see, you’ll have to be prepared to fork out quite a bit to see all the main sights. It’s not that these tickets are expensive, considering it costs way more to visit these millennia-old historical sites than the Singapore Zoo or the domes at Gardens by the Bay. It’s just that Athens is not the kind of tourist destination where you’ll want to spend all your days sipping coffees on a terrace somewhere or lazing around in a park. Thankfully, it doesn’t cost that much to feed yourself in Athens. If you’re travelling on a budget, opt for street food or takeaway fare like sandwiches and souvlaki, which will cost you about 3 euro (4.60 SGD) to 5 euro (7.70 SGD). Don’t worry, a lot of it is actually good. A combo meal at a fastfood restaurant costs about 6 euro (9.20 SGD), if you’re really itching for McDonald’s.

Otherwise, a sit-down meal at a simple, inexpensive restaurant will set you back about 6 euro at lunchtime and 10 euro (15 SGD) to 15 euro (23 SGD) at dinnertime. Obviously, by “simple and inexpensive”, we mean a non-touristy restaurant that isn’t called “The Acropolis”.

Total cost of a week-long holiday in Athens: 1,164 SGD

Are you planning to try Scoot’s flights to Athens? Tell us in the comments!