The Top 5 Credit Cards in Singapore You’ll Never Own

I know what it’s like to have people fall at my feet, make way for me wherever I go and scream whenever they see me coming. Yes, I’m still looking for a cure for my body odour. But there are also people who smell great, and still get the same reaction I do from others. These are high net worth individuals who only need to flash one credit card to make the world work for them.

Here are 5 invitation-only credit cards available in Singapore that you’ll probably only hear about.

The HSBC Visa Infinite card boasts the ability to earn up to 2.5 air miles per S$1. Naturally, it also provides you with access to over 600 VIP airport lounges and even expedited immigration clearance at major airports within Asia. You also get complimentary room upgrades for top resorts including Banyan Tree and Angsana Hotels & Resorts, Capella Singapore and COMO Hotels and Resorts. Travel accident coverage of up to US$2 million and emergency travel and medical assistance coverage of up to S$100,000.

You don’t even need to leave the country to indulge in a life of luxury. The HSBC Visa Infinite card gives you complimentary access to all of the facilities at ESPA in Resorts World Sentosa. You also get exclusive privileges at The Fullerton Hotel, The Fullerton Bay Hotel, Singapore Marriott Hotel, W Singapore – Sentosa Cove and many more. So who says money can’t buy happiness?

With an annual fee of only $488, this card is actually one of the more reasonably priced exclusive cards in the Singapore market. Plus, when you sign up, you have the option of either choosing 30,000 air miles or a BOSE SoundTouch 20 Series III wireless music system worth $699 as a welcome gift. Supplementary Card Promo:
Get up to S$150 cash back (S$30 per supplementary card, up to maximum of 5 cards), this promotion is not valid in conjunction with other HSBC credit card sign up gifts promotions.
Valid until 31 Jul 2022
Apply Now
More Details

Compared to the other cards on this list, the ANZ Signature Priority Banking Visa Infinite card may come across as rather mundane. What sets it apart is the ability to earn up to 3.2 miles per S$1 spent when using the card. At that rate, it is one of the best travel credit cards available in Singapore.

Unlike some other self-conscious credit cards, the ANZ Signature Priority Banking Visa Infinite card doesn’t need to rely on the mystery of exclusivity to make itself stand out. It promises one of the best air mile conversion rates, and then follows up with other travel benefits. Not only do you get unlimited complimentary Veloce and Priority Pass lounge access at airports, but you also get to tee off at some of the finest golf courses in the world for free!

It was touted as “the first credit card in Singapore with a credit limit of 1 million dollars”. Just think about it, you can buy a fully-furnished apartment just by waving your credit card. There are few other criteria to define “insanity”. Needless to say, to qualify for a credit limit of a million dollars, you have to be earning at least half of that amount yearly.

Ever since it launched in 2011, the DBS Insignia card has maintained its exclusivity by not showcasing its member benefits in public. What we do know is, when it was first launched, Insignia cardholders were offered access to renowned wine makers in Bordeaux, personalised dining with Michelin-starred chefs and the exclusive St. Regis Astor Card. Whether these benefits are still being offered is anyone’s guess.

With an annual fee of $2000, the DBS Insignia card is one of the more expensive ones in this list. Yet, that price is in line with the sense of exclusivity that the card has developed over the past few years. If you’re going to balk at a $2000 fee, you’re probably not the kind of person who should own the card.

It’s the card that started it all. The first credit card in Singapore and the Asia Pacific exclusively targeted at the private banking market. That means, if you have at least $5 million of assets-under-management, you’ll hear from Citibank. This small piece of plastic called the Citibank ULTIMA card will tell the whole world you’re as rich as Scrooge McDuck.

The main draw of the ULTIMA card is the personalised service in the form of a dedicated Lifestyle Manager, who will provide for the cardholder’s credit card and lifestyle preferences. It also boasts a competitive air miles conversion rate as well as individually customised experiences at luxury retail merchants, gourmet restaurants and other upmarket lifestyle opportunities.

ULTIMA is so popular in Singapore that it has now expanded to Hong Kong and India, in an effort to tap into the growing high net worth customer base in the region. With an annual fee of S$3,888, it definitely is looking to become THE credit card for the über rich.

The fabled American Express Centurion credit card always tops the list of exclusive credit cards. It is said to have no credit limit and has an annual fee that is an insane S$7490. Owning the card automatically inducts you into the high net worth elite.

People will fall over their faces trying to serve you as soon as you whip out the Centurion card. They know that whatever benefits they’ll give you to hook you in, they’ll be making it back and more once they have your business.

At the end of the day, this is about earning so much that all these financial institutions are trying to get you to sign up with them. When you’ve reached that stage, it doesn’t matter what benefits a piece of plastic can get you. What’s more important is that it complements your lifestyle.

So stop dreaming about owning these exclusive, invitation-only credit cards, and pick the best credit card for your income and lifestyle needs.

Do you have one of these cards, or know someone who has one? Share your story with us! 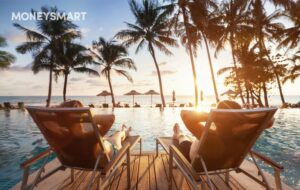 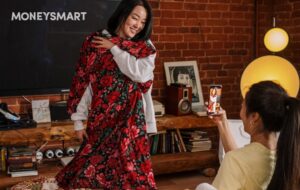 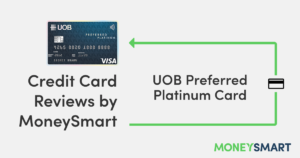 Credit Cards
7 Best Air Miles Credit Cards in Singapore (2022)
Sign up for our newsletter for financial tips, tricks and exclusive information that can be personalised to your preferences!