Singapore Credit Card Interest Rates Going Up – Do You Know How Much You’re Getting Charged?

Now, every time you don’t pay your credit card bills in full, you get charged interest on the outstanding amount. In the past, every bank charged a flat interest rate of 24% a year. This year, banks like DBS, UOB and OCBC have raised that rate. The interest rate at DBS is now 24.9% and UOB’s is 25%. OCBC’s new rate is one of the highest at 25.92%!

Let’s look at a few simple scenarios to illustrate our point.

Mr. Lim doesn’t like to pay more than the minimum amount indicated on his credit card bill each month. He has charged his $300 dinner to his card. He then makes the minimum payment of $50.

He has now an outstanding amount of $250. In the past, at 24% per year, he would have been charged interest of $6 after the first month. Now, under OCBC, his first month’s interest charge is $6.48. This is because, as long as full payment is not made, interest is calculated from the transaction date until the date that full payment is made.

If he makes another payment of $50, the outstanding amount is now $206.48. His new interest charge for the second month under OCBC, is still $6.48. And this is only for the $300 dinner! There is also interest on the interest of $6.48, what is known as compounded interest.

Normally, if you pay back $50 a month every month, you should expect to repay a $300 charge in 6 months. In 6 months, the accumulated compounded interest will be at least $39.03. In other words, Mr. Lim is paying the bank an extra $39.03 for his $300 dinner alone, and will need to make minimum payment over 7 months before he pays it off totally.

Case Study 2: Paying off more than the minimum amount but not in full.

Mr. Lim buys a MacBook Pro and charges the $2000 to his credit card. But he is wiser now. He realises paying the minimum amount is not the way to go. Now, he pays more than the $50 minimum amount each month. Say he pays $250 each month. It should take him 8 months to pay it off.

But he forgets that, as long as full payment is not made, interest is calculated from the transaction date until the date that full payment is made. His first month’s interest, under OCBC’s interest rate of 25.92% per year, is $39.45.

After 8 months, Mr. Lim is looking at an accumulated compounded interest of $347.34. That’s more than enough to buy another 8 GB of memory for his MacBook Pro!

Mr. Lim is done with making minimum payments and not paying in full. His brilliant solution is taking out a cash advance on his credit card and using it to pay off his existing credit card bill. After all, they used to be at the same interest rate of 24%.

Not anymore. OCBC’s new cash advance interest rate is a whopping 28.92% per year!

As you can see from poor Mr. Lim’s situation, not paying your credit card bills in full is still a sure-fire way to get into debt quick. Ideally, you should want to spend within your means and only charge your credit card if you already have the funds available. As a last resort, consider applying for an 0% interest instalment payment plan.

What’s more, we didn’t even consider scenarios where you didn’t even pay the minimum amount each month. In such cases, DBS now increases their interest rate to 28.90%. That’s right, if you have trouble paying back your credit card debt, DBS penalises you further. That’s like happily giving you sandpaper when you’re out of toilet paper.

However, if you insist on racking up credit card debt, the best way to do it is through the ANZ Switch Card. With an interest rate of 21.96% per year, it is automatically one of the lowest in Singapore. The other alternatives would be Citibank or ANZ credit cards. Most of their cards (other than the Citi Clear Card) still charge interest at the 24% per year rate. But, at the bank’s discretion, they can lower that rate to a “promotional” 18% for “good conduct”.

Don’t just compare interest rates, though. These cards also have great benefits that you’ll need or want depending on your lifestyle. Since banks are charging even more now for not paying in full, you should at least be getting something back from them in the long run. Use our credit card comparison tool to find the best rewards credit cards.

Do you have a horror story about credit card interest rates? Share it with us. 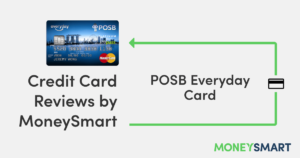 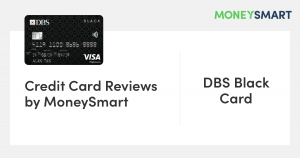 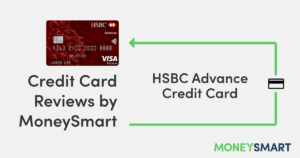 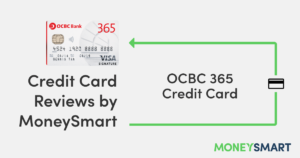 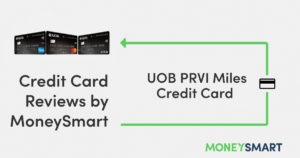 Credit Cards
UOB PRVI Miles Credit Card – MoneySmart Review 2022
Sign up for our newsletter for financial tips, tricks and exclusive information that can be personalised to your preferences!