3 Reasons You Want to Use Visa PayWave

Yeah, I know what you’re thinking. “What the hell? Is MoneySmart being paid by Visa now?” And that wounds me, because (1) I have never made things up or told a lie, since the day I was born, and (2) I really should have thought of that myself. Our pantry needs a new coffee maker; preferably one that I won’t mistake for the aquarium again.

What is This PayWave Thing Anyway?

It helps with supermarket queues (amongst other world problems). The idea is that, when paying for groceries, you swipe your Visa card at a self-service terminal. This is faster than having the cashier handle payment. And for small purchases (under $100), you don’t even need a signature or a PIN.

The payWave program’s been implemented at all 116 NTUC FairPrice outlets. Some of you may have used it as early as February; there were trial runs at three outlets.

And considering what supermarket queues are like, I imagine the results of those trials can be summarized as “Prevented 13 homicides“. Seriously, it’s about time we moved to some first world standards. This sort of transaction system is already lessening queue stress in places like America. Remember that Visa cinema ad where people get irritated that some guy held up the line by paying in cash? That may soon become a reality.

The three reasons you want to use payWave are:

Grocery lines take forever. Not so much because of the cashier, though that sometimes happens. It’s more that supermarket queues mysteriously attract jerks on a 3:1 ratio.

We’ve all fumed at the illiterate guy trying to use expired coupons (or coupons that don’t even match). Or at the lady who thinks “seven items or less” means “seven to 241 items”. Or the guy who wants to take one cereal box out of a Kellog’s six pack, because he doesn’t want the plain corn flakes*.

And if you have to do grocery shopping on lunch breaks, or you have a kid left alone at home, you’ll know it becomes zillion times more frustrating.

PayWave lets you bypass this circus, and conclude payment in minutes. MINUTES. Go to the terminal, scan, swipe, and leave. That’s it.

So if you’re not the sort who visits supermarkets for fun (I know some people enjoy grocery shopping), you might want to get a Visa debit or credit card with the payWave function. Besides, you’d be helping to think the grocery line for people who lack Visa cards.

Some credit cards give you rewards for using payWave. Visit MoneySmart for more details, but these include:

PayWave is pretty new, so you might want to check for promotions on cards you already have. Some might qualify you for payWave rewards. From now till 25 Aug, shoppers at FairPrice who use their payWave card to pay for a minimum of $30 per receipt are entitled to a free loaf of bread (enriched white or wholemeal).

Now these little prizes aren’t huge; but they do stack with existing credit card promotions. So it’s a matter of optimization: If you have to pay grocery bills, then get as many freebies as you can.

3. Good for Budgeting When Combined with Credit Card Apps

Grocery shopping is where you need to get precise about accounting. All those odd numbers pile up to pretty shocking sums every month. And if you’re like most people, you seldom buy the exact contents of your grocery list.

So if you try to track spending in a tiny black notebook, you’ll either (1) get it wrong, or (2) hurl it out the window and give up, after half a year.

No, it’s easier to let the bank do the tracking. For example, if you use payWave with your OCBC credit card (and it’s a card just for grocery shopping), you can use the OCBC Money In$ights app to track spending. Remember: The easier it is to track the spending, the more likely you are to maintain a budget.

As in business, what gets measured get managed.

Does This Work With Any Visa Card?

PayWave works with 17 Visa cards issued across five banks. Again, check with your bank, or at MoneySmart for details. Note that Visa debit cards can be used for payWave as well as long as they have the payWave function.

Do you use Visa payWave? Try it out and tell us if it helps! 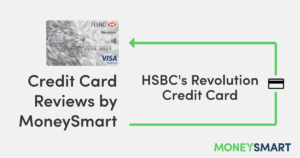 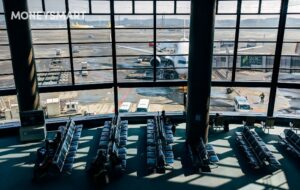 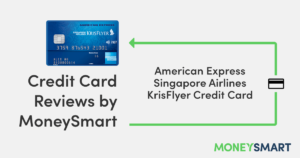 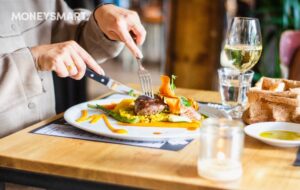 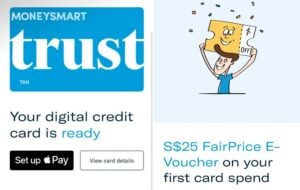