Want to Be a Cat Fosterer or Rescuer? Here Are 5 Things You Should Know

Cat abuse and abandonment are more common than we think in Singapore. Sometimes, cats simply suffer because of neglect that leads to overpopulation.

Thankfully, a passionate community is working behind the scenes to rescue, neuter, foster and re-home cats.

It’s a thankless job, but what does it really take? If you’re interested in getting involved, there are some of the things you should know.

Why foster or help out with cat rescues?

Cats who need homes are usually abused, abandoned, or simply neglected and left to multiply.

In the case of unsterilised, free-roaming cats, this can create serious problems if unchecked. Overcrowding can cause common ailments like cat flu, fleas and ringworm infection.

That’s why Society for the Prevention of Cruelty to Animals (SPCA) and Cat Welfare Society (CWS) have a Stray Cat Sterilisation Scheme where rescuers can obtain funds to sterilise cats for free. CWS also runs a Trap-Neuter-Return-Manage programme (TNRM) to help solve the issue of overpopulation.

Thenuga Vijakumar, a lawyer who serves on the board of Cat Welfare Society says, “If I encounter an overpopulation of cats, and resources permitting, I will personally rescue and work with my network of fosterers to care for some of the more vulnerable cats and kittens. We re-home them to reduce the population so that the remaining cats can have more resources.”

In one of her recent cases, a private landed property had 40 to 50 cats roaming in and out freely. What had started as a few cats quickly multiplied without sterilisation efforts. The cats developed health conditions, with newborn kittens suffering the most.

Despite valiant attempts by animal welfare groups to educate the public, kittens and adult cats are also commonly abandoned and abused. Some pet owners simply assume the mentality that stray cats can survive well outdoors, their indoor cats can fend for themselves too.

Unfortunately, territorial community cats may bully and injure abandoned house cats. If a cat has lived indoors all its life, it may also run into problems finding shelter and food.

Clarity Pang, a fosterer with PurelyAdoptions and a marketing professional by day, tells us, “During certain times of the year, pet abandonment peaks and we get alerted to kittens being dumped in boxes or bags and tossed aside at stairwells, dustbins or car parks.”

Sometimes the number of cats and kittens in need can be overwhelming and there are no resources available.

If you want to pitch in, here are 5 things you should know.

1. How much does it cost to foster or rescue cats?

If you’re fostering, you may be expected to pay daily expenses such as food and litter before the cat gets adopted, which is around $50 to $100 per cat, per month. This amount varies depending on the type of cat food and litter used.

For young cats, you may want to take them for vaccinations and deworming, which cost around $200. When the cat gets to around 5 to 6 months old, you may need to sterilise the cat for around $150. Or, you can apply under the Stray Cat Sterilisation Scheme to get free sterilisation for community cats.

Thenuga steps in to help where she can. “Where the cat has had other medical costs such as antibiotics to recover from cat flu or other medications to treat fungal infections, I absorb those costs personally,” she says.

You may be able to rely on donations from cat welfare groups too.

Clarity says, “The team at PurelyAdoptions have always ensured I have everything I need. We’re thankful that a lot of the items such as food, litter, toys, beds and veterinary fees are all covered by the adoption group’s sponsors and supporters.”

The real sacrifice, however, is in time, labour and space.

“When fostering kittens who require 3 to 4 feeds a day, we have to work out a proper feeding schedule and then plan ahead when either of us have after work plans. We also set aside time to socialise and interact with the kittens to get them used to human touch,” she says.

The hardest part for her is knowing that there are people who actively trying to cull harmless community cats, abuse innocent kittens or simply believe abandoning is an act of norm, but she finds fostering worthwhile when she sees her fosters settle into their homes.

If donations are not enough, especially when expensive medical surgery is required, cat welfare groups may raise funds on social media. Veterinary clinics do their part by offering discounts between 10% and 20% for independent rescuers and rescue groups.

Nonetheless, Dayne Poon, a rescuer from PurelyAdoptions says that the group tries to be as self sufficient as possible with the donations.

“We usually incur more costs when the cats are sick from ailments like cat flu, diarrhoea and ringworm infection. Another major cost is transportation. Transporting a cat can cost between $40 and $60 for a 2-way trip and we need to get around to do home visitations and reviews to make sure they go to the right homes,” she adds.

2. Which organisations should you get in touch with?

There are a few cat organisations you can get in touch with if you want to take part in cat rescues and offer your home up for cat fostering.

CWS is by far the biggest group. It runs a public cat adoption board and the bulk of its donations are channelled into sterilisation efforts. They also run adoption drives that all other cat rescue groups may join. Here are others:

Cat welfare groups also help one another out. Dayne (PurelyAdoptions) says, “We get to know each other through adoption drives and we help other groups’ cats get adopted should we feel our own rescued cats don’t suit the potential adopters.”

3. If you want to foster a cat, how long should you expect to foster?

Fostering a cat requires time and financial resources, so you may be wondering how long you would need to foster if you open up your home.

The longest time a cat has been in foster care in her personal experience was around 2 years, according to Thenuga. “The cat is in limbo, but if the fosterer cannot hang on to him any longer, I will find another fosterer. The end goal is always to find these rescued cats and kittens a home of their own.”

The sad truth is that even cats suffer from colour discrimination. Dayne says, “Black kittens and cats can have the sweetest personality but tend to get left on the shelf for months on end. But once a cat has been rescued and learned to warm up to humans, it is not fair for us to simply release them back to the streets again as a community cat.”

Sometimes, you may also encounter “foster fails”, which is the term the cat community use to describe foster cats who get adopted by their fosterer.

Both Clarity and Dayne ended up adopting fosters under their care.

Clarity says, “My first cat was a foster. My best friend and I rescued him off the fastest lane in the CTE by chasing him down on foot. Needless to say, we caused a massive jam and with the help of an EMAS truck who helped us redirect two lanes of traffic, we managed to save the traumatised kitten.”

“I was determined to remain a fosterer for him but he weaselled his way into my heart. After that experience, I started working closely with PurelyAdoptions to help adopt and re-home abandoned kittens. It has been really fulfilling.”

4. What preparation is required if you want to take in foster cats?

“The most important thing rescue groups need beyond food and litter is for fosterers to provide a space and a loving environment for rescues to thrive while waiting for their forever home,” Clarity says.

If you’re thinking of fostering, Dayne advises responsible cat ownership rules such as cat proofing your home and sending the cats for sterilisation when it’s time. She also advises potential fosterers to be ready to commit until the cat has been re-homed, which could take months to years.

Thenuga says, “Before fostering, start reading extensively into what it entails. There will be financial outlay, a lot of time spent on rehabilitating cats who may be more feral, and medical attention required.”

“If you currently have cats, fostering cats may also cause strain on resident cats. I would strongly recommend attending a CWS adoption drive and speaking to existing fosterers to learn more,” she adds.

5. Will adoption fees be sufficient to cover rescue and rehoming costs?

All 3 cat lovers that we interviewed say that adoption fees only barely cover or only defray costs of rescuing and rehoming cats.

For Thenuga, she sets the adoption fees between $50 and $80 depending on how long the fosterer has had the cat. The fee only defrays part of their daily expenses.

Dayne says, “Adoption fees are primarily used to cover just some costs of rescuing a cat. At PurelyAdoptions the fee is usually between $100 and $150. When you compare with the total costs of rehoming a cat, the adoption fees barely cover much.”

Fostering a cat is no walk in the park, but it can be a very rewarding experience when you see fosters land themselves in their forever homes.

So, if you are looking for a fur companion, adopt, don’t shop! There are plenty of kittens and cats in need. Even if you don’t have the means to foster or adopt, you can also donate to groups like Cat Welfare Society and PurelyAdoptions.

Photo by Lily Banse on Unsplash

13 Animal Shelters for Puppy, Kitten and Rabbit Adoption in Singapore (Some Are Free!)

Cat Adoption and Ownership in Singapore – How Much Does it Cost?

Dog Adoption and Ownership in Singapore – How Much Does it Cost?

19 Popular Vet Clinics in Singapore and Their Prices (2022) 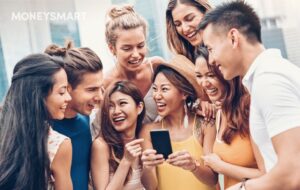